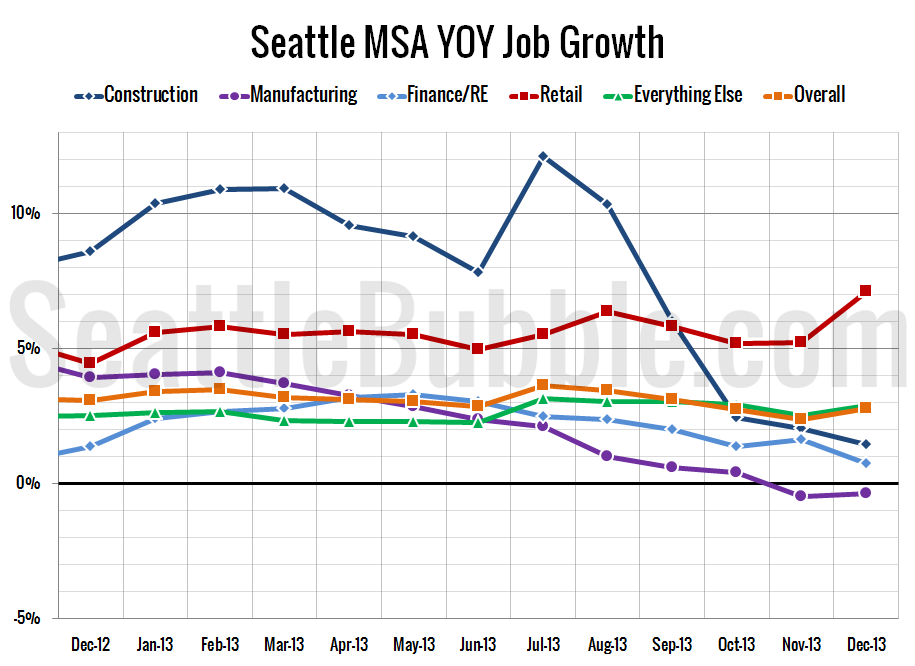 Let’s take a look at the breakdown of what sectors are adding jobs locally and what sectors are losing jobs. This was scheduled for last week but the NWMLS data came out a bit earlier than I had expected. 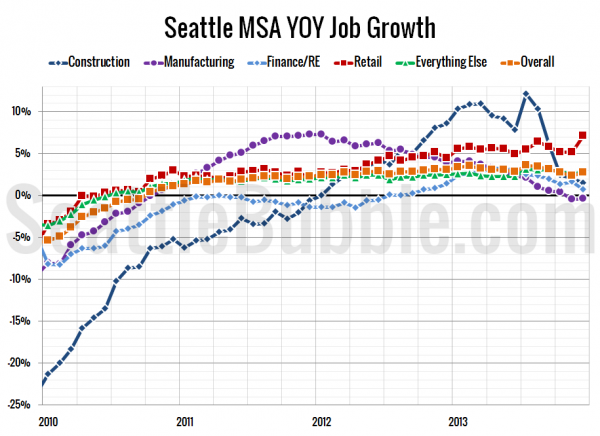 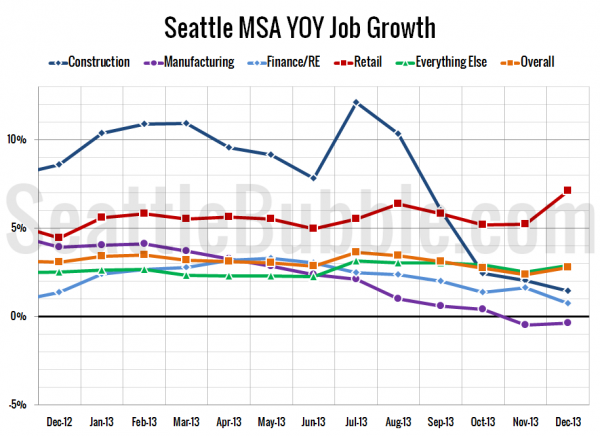 It is also interesting to note that construction has been seeing increasingly smaller year-over-year gains for five months in a row now, falling from a peak of 12.3% growth in July to just 1.5% growth in December.