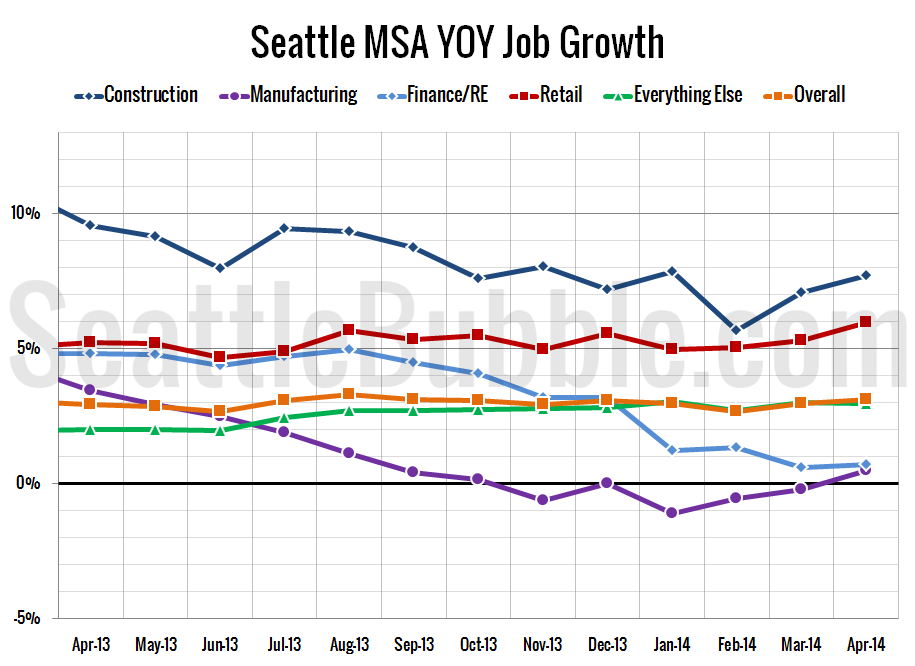 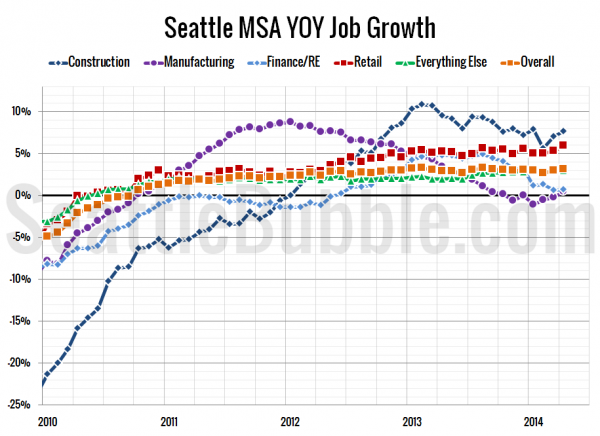 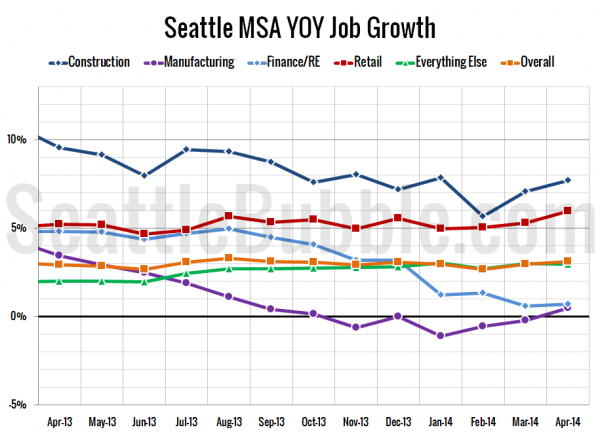 Every sector we look at is actually gaining jobs in the Seattle area now, with manufacturing flipping just slightly into the black in April.

Overall year-over-year job growth for the Seattle area has been holding steady around 3 percent for a year and a half.