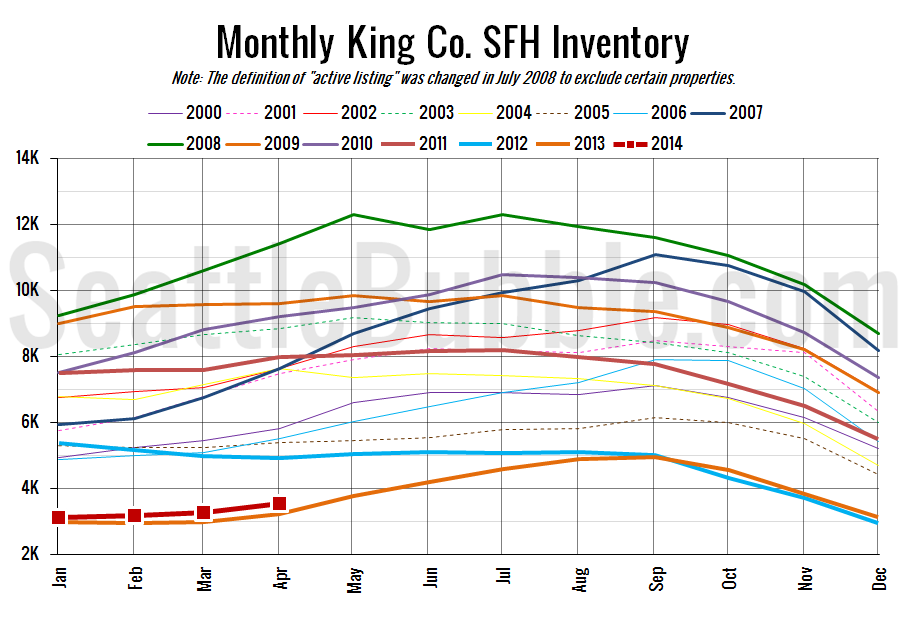 April market stats were published by the NWMLS yesterday. Here’s a snippet from their press release: Housing activity ranges from "red hot" to "slowly healing".

“The residential market is red hot,” reported J. Lennox Scott, chairman and CEO of John L. Scott Real Estate. He said multiple offers are the “norm” for new listings, with about two-thirds of homes near job centers selling in the first 30 days. That’s about twice the normal rate, according to Scott.

Inventory continues to make gains, however paltry, while sales slip slightly. Prices rose year-over-year and month-over-month. The gain between March and April was larger this year than last year: 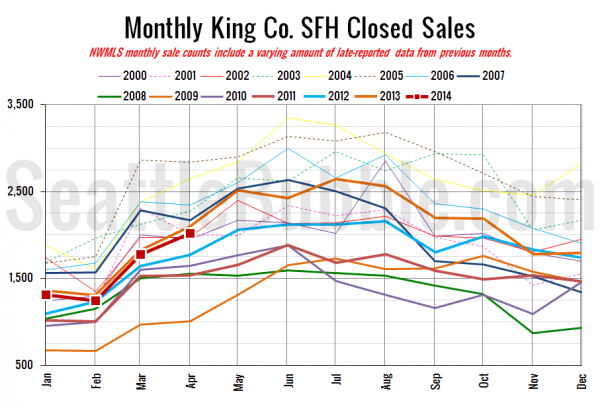 April home sales came in slightly below last year, roughly in the middle of the pack compared to all the other years we have data for. 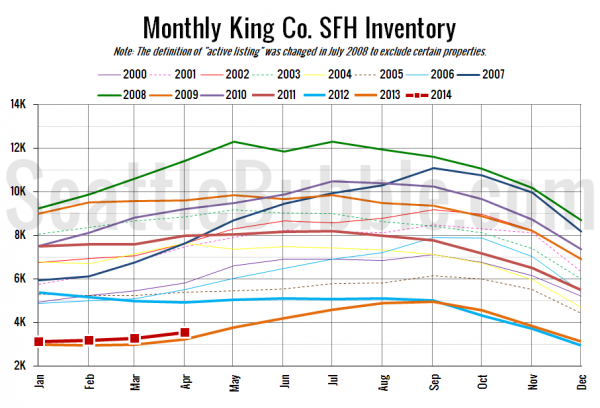 Slowest inventory increase ever. At least it is an increase though. 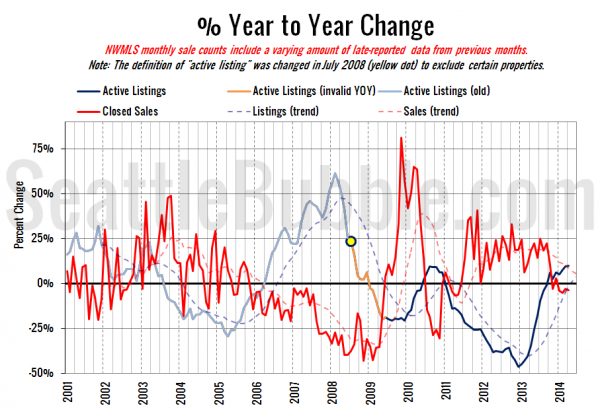 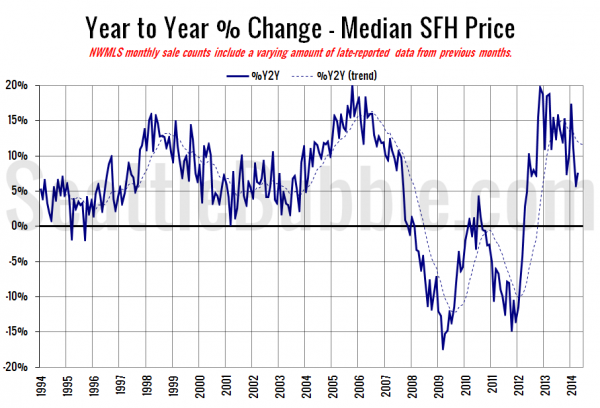 Back up a bit, but below double-digits. 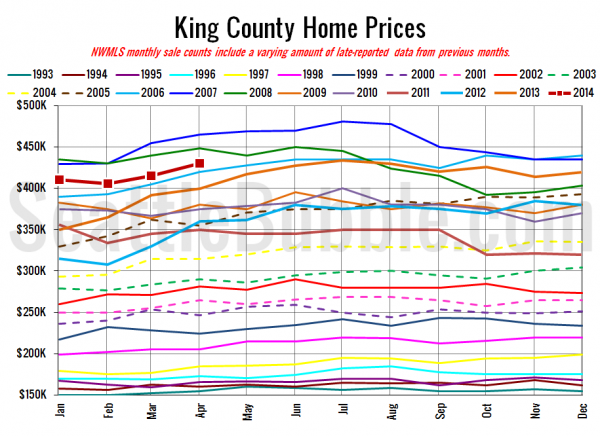 Check back this afternoon for the full reporting roundup.