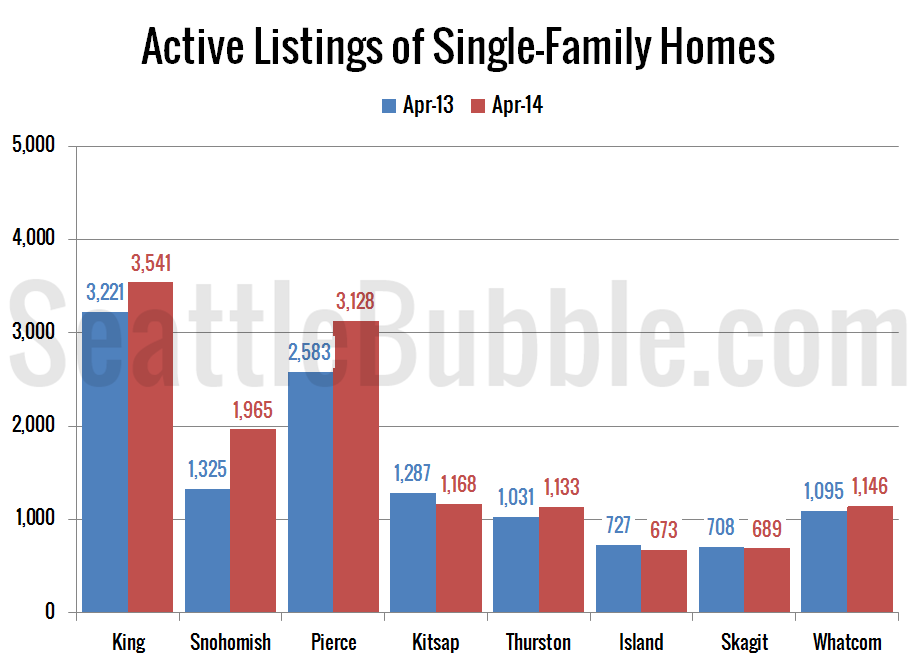 Next let’s take a look at median prices in April compared to a year earlier. The only counties with price gains in April were Island, Snohomish, and King, at eleven, eight, and eight percent higher than a year ago, respectively. Prices were down from 2013 in Kitsap, Thurston, Skagit, and Whatcom Counties, and flat in Pierce County. 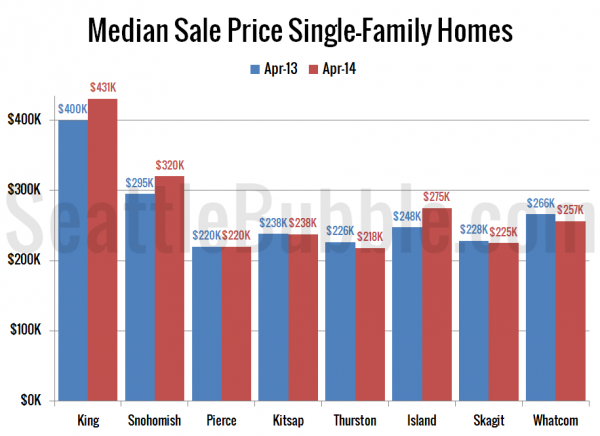 Listings are still increasing year-over-year in King, Snohomish, Pierce, and Thurston. Listings were down from a year ago in Kitsap, Island, Skagit, and Whatcom. Snohomish county saw listings up a whopping 48 percent from a year earlier—the biggest year-over-year gain on record. 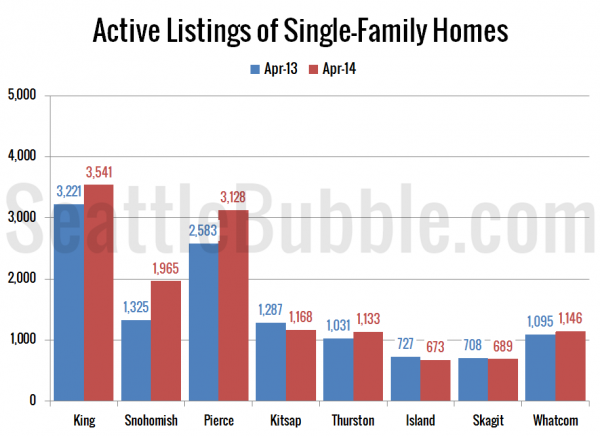 Closed sales fell in April in King, Snohomish, and Whatcom, but were up from a year ago in all the other counties. 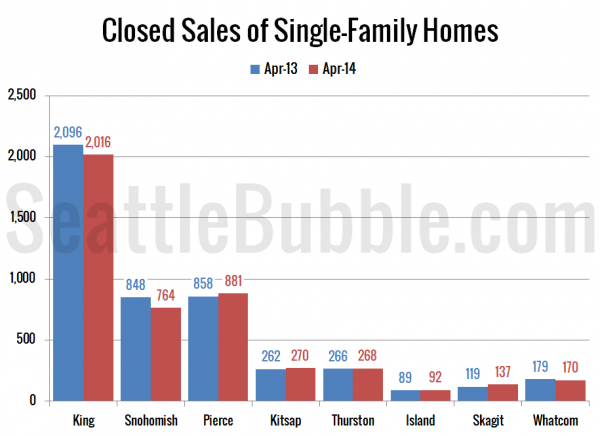 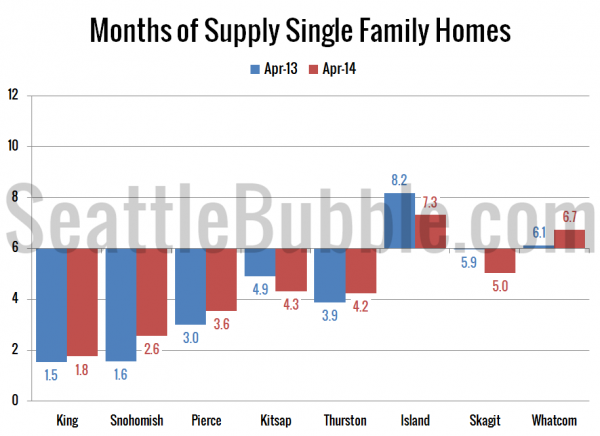 To close things out, here’s a chart comparing April’s median price to the peak price in each county. Everybody is still down between 10 percent (King) and 26 percent (Skagit). 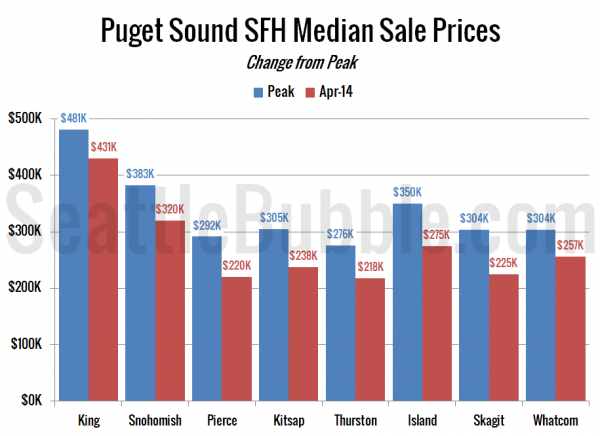 It’s interesting that prices are actually declining in most counties now, despite still-low supply relative to demand. 2014 is definitely not as hot as 2013 was for sellers, even though selection is still extremely limited for buyers.