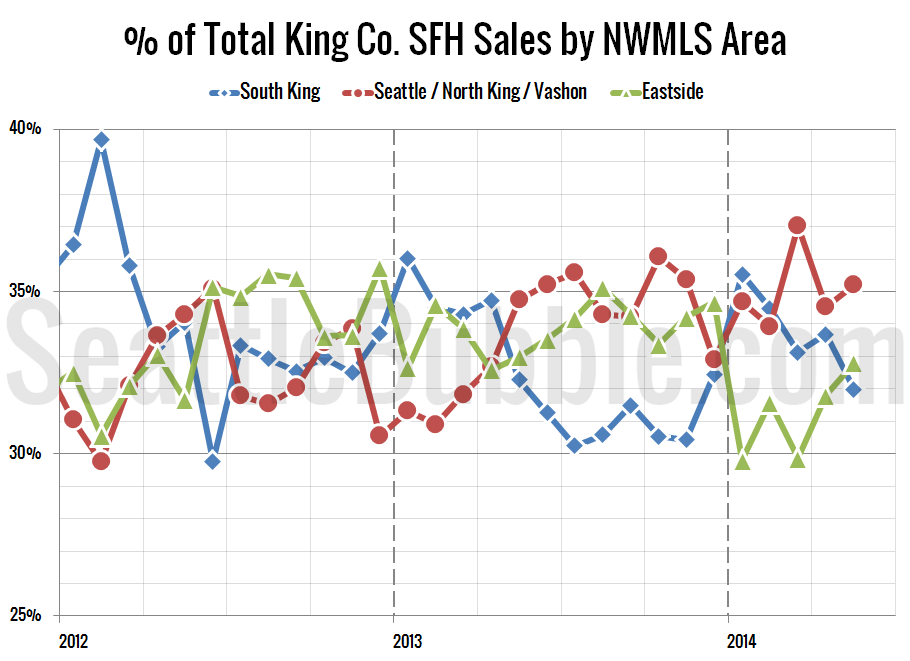 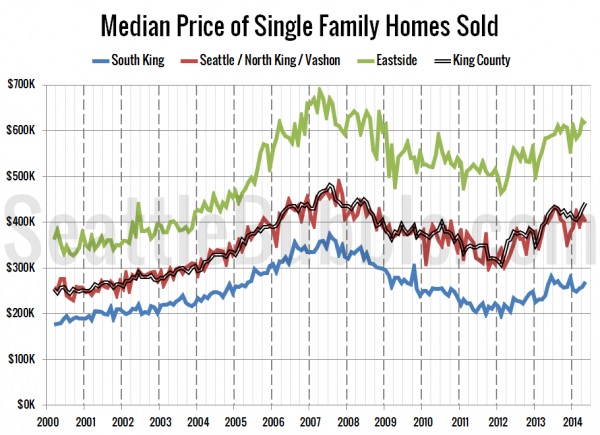 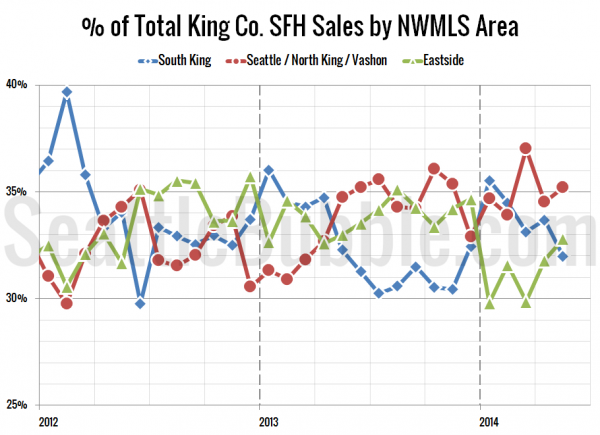 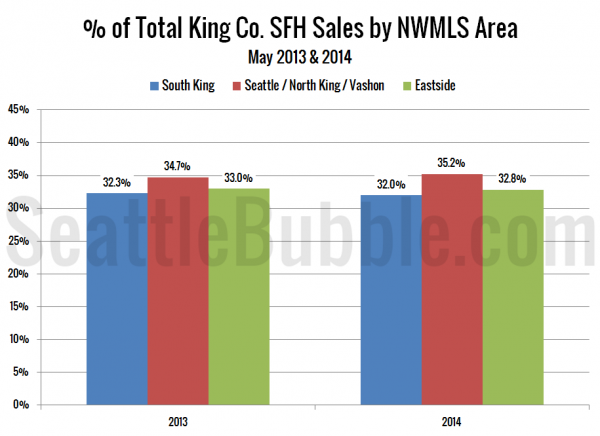 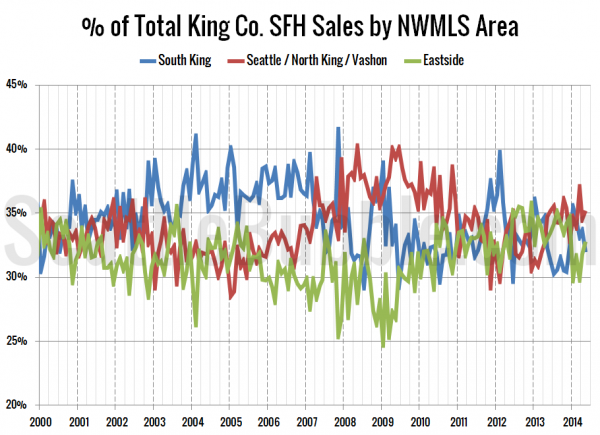 We’re still in relatively unusual territory with the middle tier taking up the largest share of homes, but overall this year there haven’t really been any dramatic shifts in the sales volume between regions.