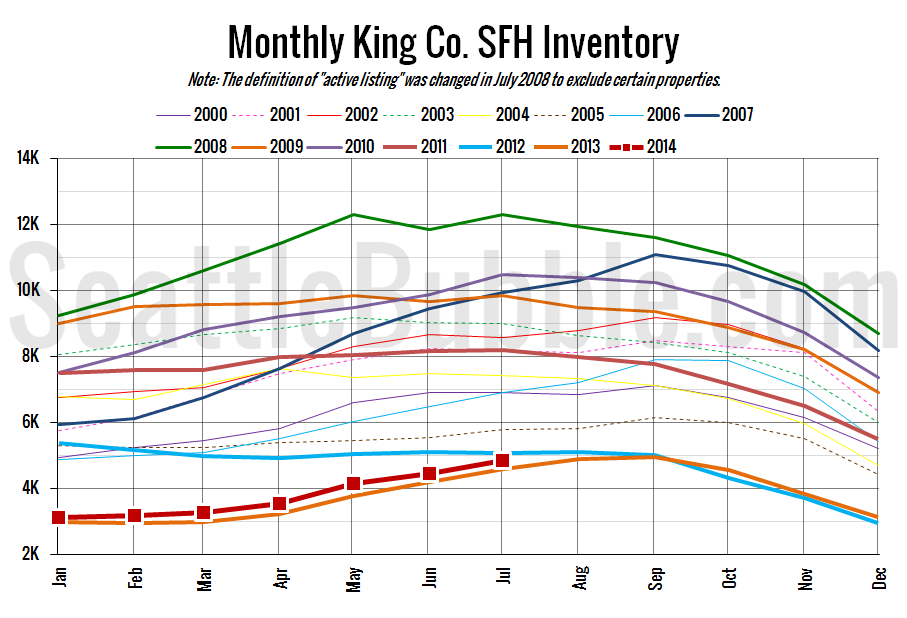 July market stats were published by the NWMLS today. Here’s a snippet from their press release: Western Washington housing market in “recovery mode” but some brokers say it’s still not at full potential.

More sellers listed their homes for sale during July compared to a year ago, but brokers with Northwest Multiple Listing Service say inventory remains “well below” what is considered to be a balanced market. Last month’s pending sales rose slightly from a year ago while prices system-wide increased nearly 6.3 percent.

“Some agents and firms are beginning to feel the summer doldrums, while others are experiencing a definite increase in activity,” observed Diedre Haines, regional managing broker-Snohomish County for Coldwell Banker Bain. Haines, a director with Northwest MLS, described price increases as “healthy, not exorbitant,” adding, “Thankfully we are not seeing signs of a bubble and instead are seeing realistic appreciation.” Nevertheless, she suggested sellers who overprice their properties can face disappointing consequences.

How do you know when the real estate market might be facing a bubble? Wait for agents to say “there are no signs of a bubble.” I’d say that over two years of home price appreciation in excess of five percent is definitely cause for some concern on that front. I’ll be exploring this in more detail later this month as we dive into the fundamentals once again.

For now, it’s on with our usual monthly stats.

Inventory continues to inch up, and looks to be on track to beat 2012 in August. Closed sales just barely beat last year’s levels while pending sales dipped year-over-year. Meanwhile, prices hit their highest July level since the peak in 2007. 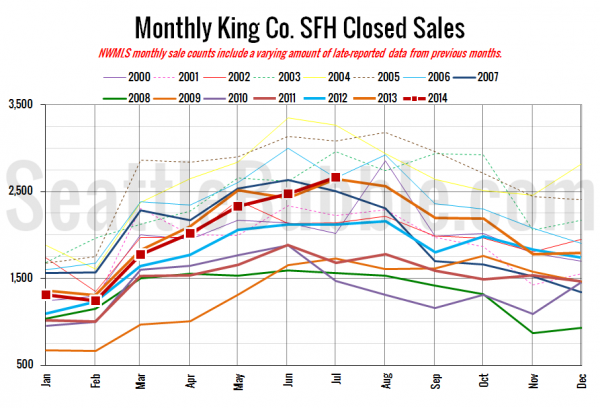 Sales moved up from June, but not by quite as much as they did last year (+7.7 percent vs. +9.3 percent). However, the increase was still enough to keep sales just barely above last year’s levels. 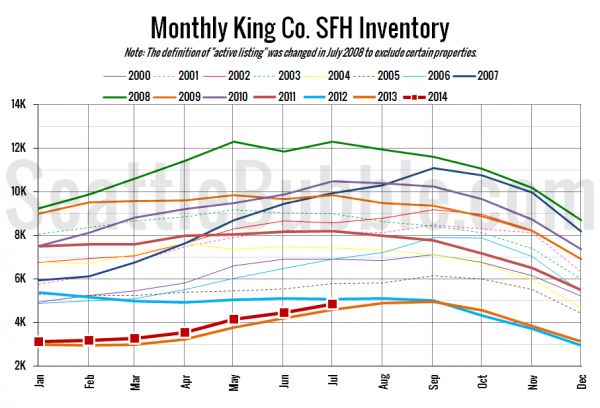 Inventory continues its slow climb, and looks like it may surpass the 2012 level as early as this month. 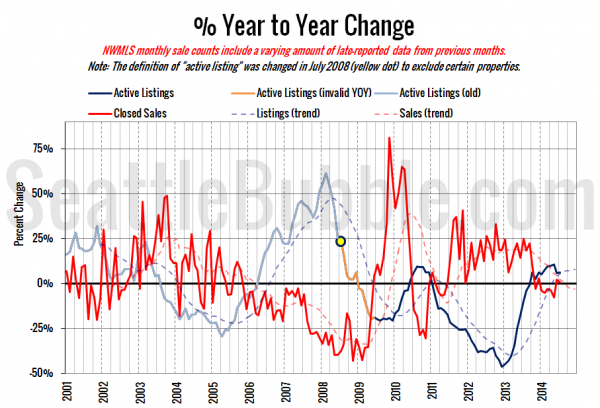 Not much change from last month, but things did just slightly turn back in buyers’ favor. 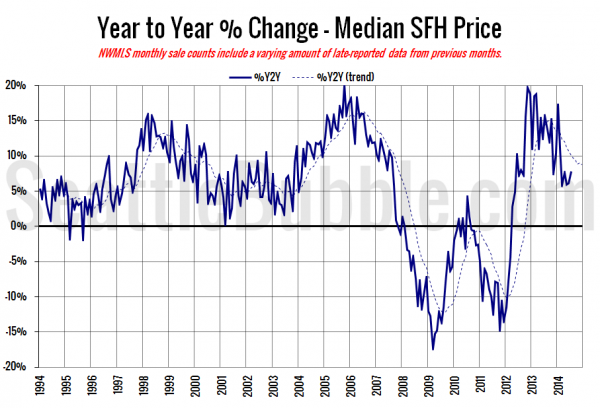 The year-over-year growth in median price bumped up a bit this month to its highest level since February. We’re currently sitting at 26 straight months of year-over-year home price gains in excess of five percent. 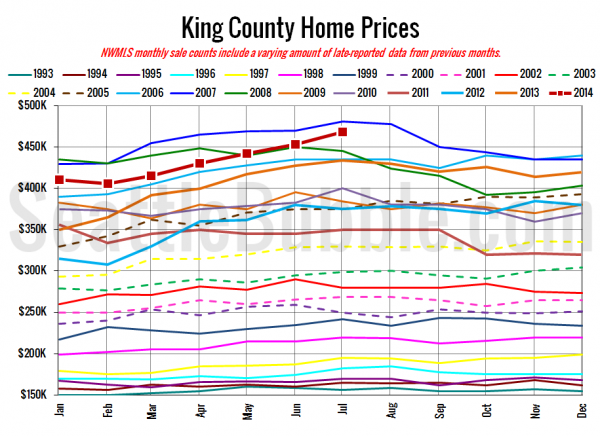