More sellers listed their homes for sale during July compared to a year ago, but brokers with Northwest Multiple Listing Service say inventory remains “well below” what is considered to be a balanced market.
… 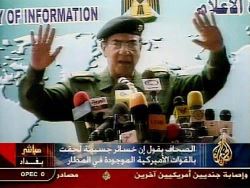 “Some agents and firms are beginning to feel the summer doldrums, while others are experiencing a definite increase in activity,” observed Diedre Haines, regional managing broker-Snohomish County for Coldwell Banker Bain. Haines, a director with Northwest MLS, described price increases as “healthy, not exorbitant,” adding, “Thankfully we are not seeing signs of a bubble and instead are seeing realistic appreciation.”
…
Matt Deasy, general manager at Windermere Real Estate/East in Bellevue, said King County’s slowly improving supply should reduce “the frenzy pace we experienced in the spring,” although he was quick to point out that highly desired neighborhoods remain frenzied.
…
Mike Gain, CEO and president of Berkshire Hathaway HomeServices Northwest Real Estate, also commented on supply. “Although the housing inventory locally is up slightly, we just don’t have enough of the right inventory in the right neighborhoods to satisfy the demand. Our inventory today in King County is under 1.9 months’ supply,” he lamented, noting that’s well below the normal level of 5-to-6 months. “The lack of supply leads to multiple offers and many properties selling for above their list prices.”
…
Looking ahead, brokers are upbeat:

With a name like “Gain,” how can you predict anything but a perpetual upward trajectory?

Overall these NWMLS press releases are starting to feel more and more like the ones that were published in the year or so leading up to the market peak and subsequent crash. I’m definitely starting to get nervous again.

The median price of single-family homes sold in Seattle rose last month to $543,500, blowing away the last peak of $501,000 set in August 2007 — before the housing bubble burst and the country went into the Great Recession.

It’s too soon to say whether the Seattle market can sustain that level; in June the median price of homes sold was $499,000. Nationally, in July existing homes in the top 20 markets were 18 percent short of their summer 2006 peak, as measured by the S&P Case-Shiller index.

“The Seattle marketplace is a very special place in the nation because of our robust job sector,” said J. Lennox Scott, CEO of John L. Scott Real Estate. “We are just in one of those places in the nation where this recovery took place, and all the fundamentals are in place for it to continue.”

“Seattle is special” is such a cliché phrase used to justify otherwise unreasonable home prices that we gave it its own tag on Seattle Bubble back in 2006. Lennox trotting it out again is yet another sign that we might be back in bubble territory.

“Certainly those are extreme pricing numbers,” Glenn Crellin, associate director of the Runstad Center for Real Estate Studies at the University of Washington, said Wednesday.
…
A big reason for the price increases is a continued shortage of homes, despite some improvement in July.
…
“Obviously we’ve still got an inventory issue,” Crellin said. “That’s not a healthy supply for the market.”

Crellin said he expected that months of talk about the inventory shortage, along with prices rising to the point where people who bought during the peak would no longer be underwater, would have spurred more owners to list their homes.

People just don’t want to move, apparently, and many of those that do seem to be content to hang onto their home as a rental.

Once again, the Everett Herald has no story, so here’s a piece in the PSBJ instead.

More houses were for sale last month in the Puget Sound region compared to this time last year, but the inventory was still way too limited, area Realtors said Wednesday.
…
For months, real estate agents have been clamoring for more houses and condos to sell. They’re starting to get their wish, albeit slowly. In the four counties, the number of residences on the market climbed to nearly 14,700 in July, or around 1,550 more than a year ago.

Pierce County home sales barely inched higher last month, but the county still recorded 1,205 homes sold, the most units sold in one month this year, the combined single-family residence and condo data show. Median prices rose more than 4 percent to $230,000 in July from $220,000 in July 2013.

It’s all about those listings, boss.

The summer home-buying season finally kicked into gear in South Sound as sales and median prices rose in July, according to Northwest Multiple Listing Service data released Wednesday.
…
Thurston County, meanwhile, had one of its best months all year as sales and median prices both rose last month. Sales climbed to 362 units last month from 342 units in the same period a year ago, while median prices inched up nearly 3 percent to $234,950 from $228,500 in the same year-over-year period, the combined data show.

One factor that might be influencing the market is that there are not a whole lot of homes to choose from. Although inventory levels are higher than they were a year ago – up 19 percent in Pierce County and nearly 15 percent in Thurston County – it still equates to less than four months’ supply of homes in Pierce County, while Thurston County is right at four months, the combined data show.

It’s literally the same exact article as The News Tribune.