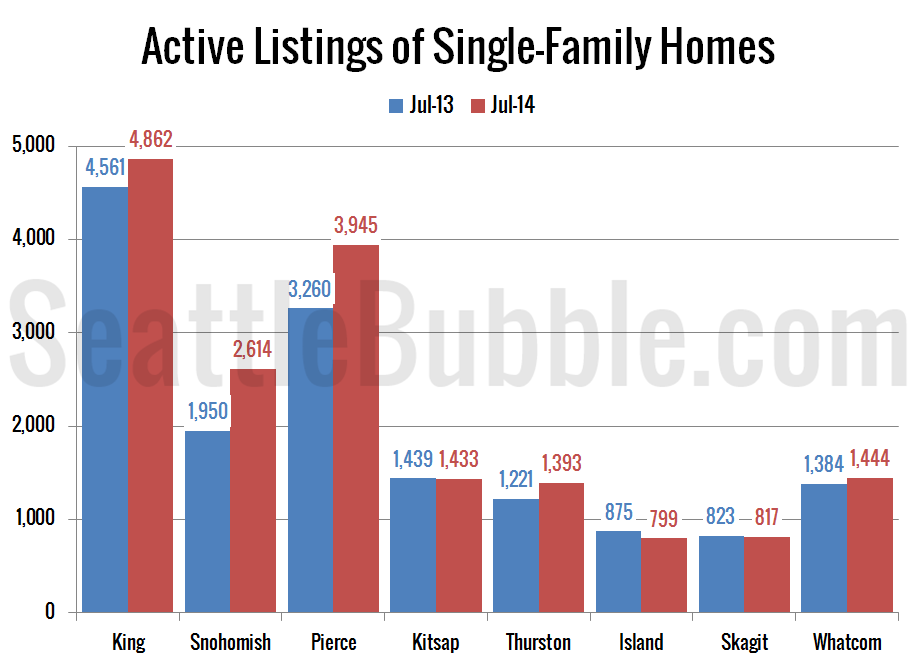 This month’s story in a nutshell: Not much change from recent months. Prices keep edging up, listings are slowly increasing, and sales are softening, but it’s still a strong seller’s market.

Next let’s take a look at median prices in July compared to a year earlier. Prices were up from a year ago everywhere but Skagit County, which was down 4 percent. Gains ranged from as low as 2 percent in Thurston to as high as 10 percent in Snohomish. 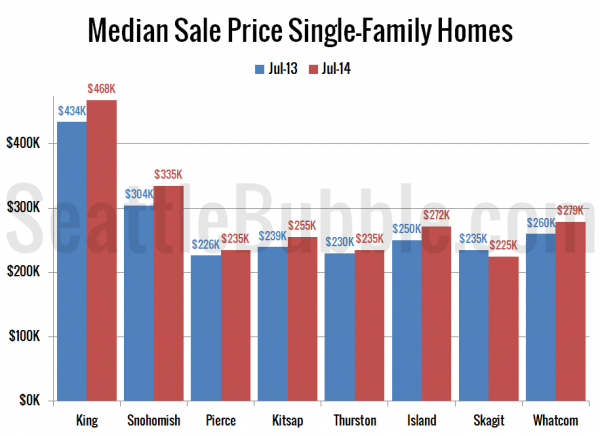 The number of listings grew year-over-year in the close-in counties and Whatcom, but fell in Kitsap, Island, and Skagit counties. The biggest gainer by far was once again Snohomish County at +34 percent. Pierce and Thurston both also saw double-digit gains in inventory again. 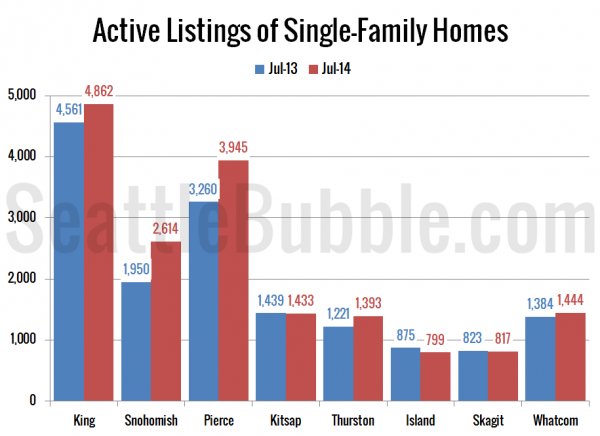 Closed sales fell in July edged up just barely compared to a year earlier in the close-in counties and Kitsap. Thurston saw the biggest sales gain, up 7 percent from last year. Island, Skagit, and Whatcom all saw sales drop from last year’s levels. 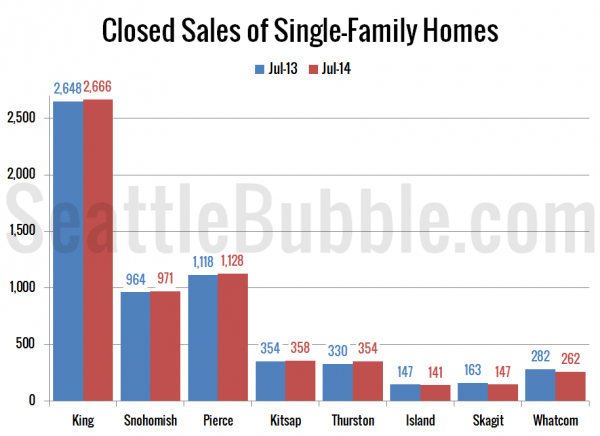 Here’s a chart showing months of supply this July and last July. The market was more balanced than a year ago everywhere but Kitsap and Island, but every county is still in seller’s market territory. 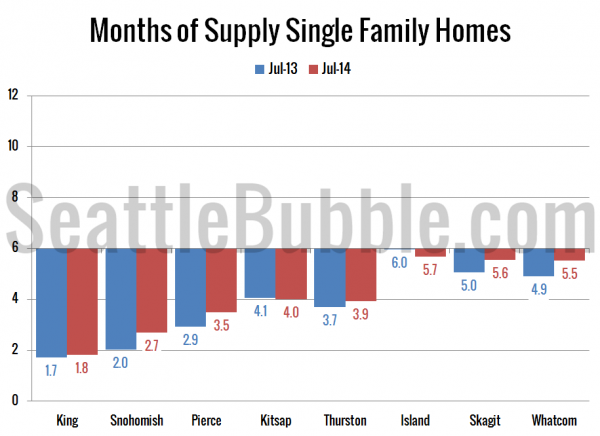 To close things out, here’s a chart comparing July’s median price to the peak price in each county. Everybody is still down from the peak, with drops ranging between just 3 percent in King County to 26 percent in Skagit County. 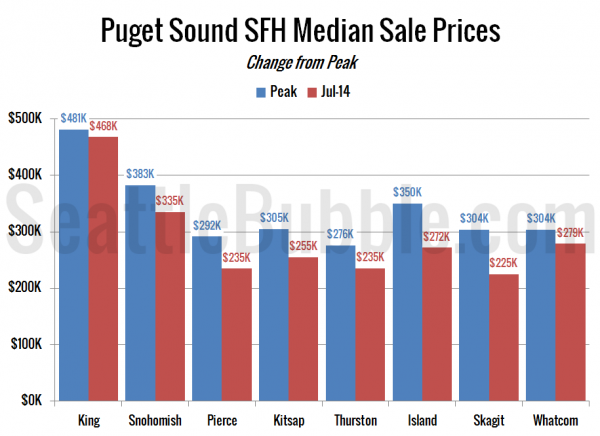 Unless some catalyst triggers a sudden change in the market, it still looks like it will be quite a while before we get back to anything resembling a balanced market.