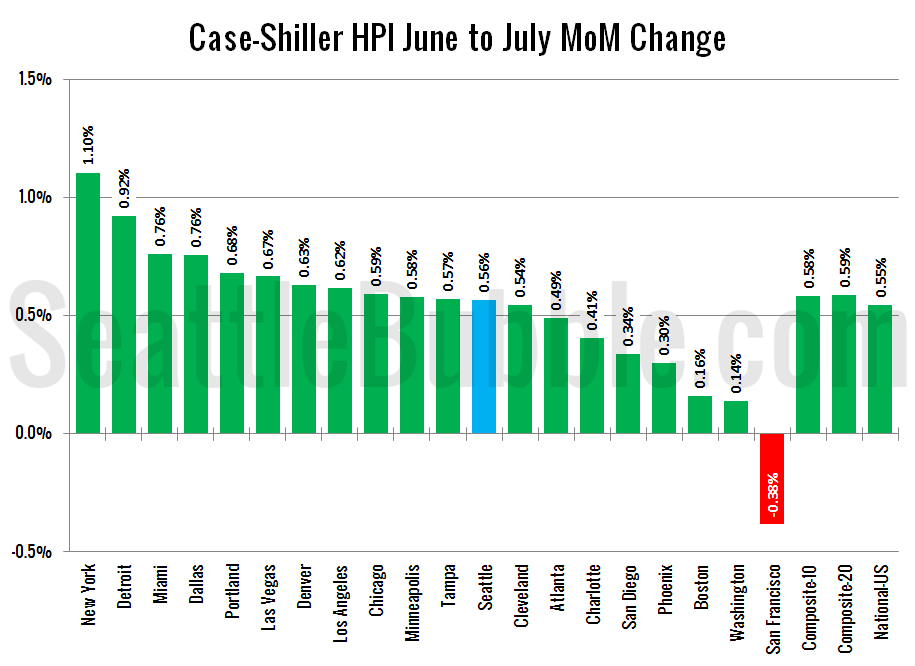 Let’s have a look at the latest data from the Case-Shiller Home Price Index. According to July data, Seattle-area home prices were:

The July data shows further cooling in the crazy home price gains we had been seeing, with the year-over-year level dropping to its lowest level since October 2012.

Seattle’s position for month-over-month changes fell from #9 in June to #12 in July. New York, Detroit, Miami, Dallas, Portland, Las Vegas, Denver, Los Angeles, Chicago, Minneapolis, and Tampa all saw home prices rise more between June and July than they did in Seattle. 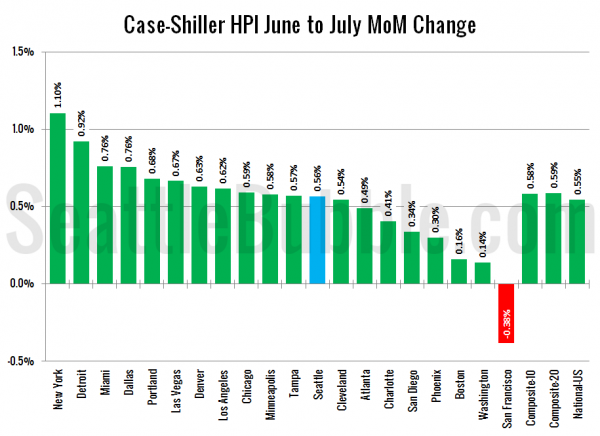 In July, nine of the twenty Case-Shiller-tracked cities gained more year-over-year than Seattle (one more than June): 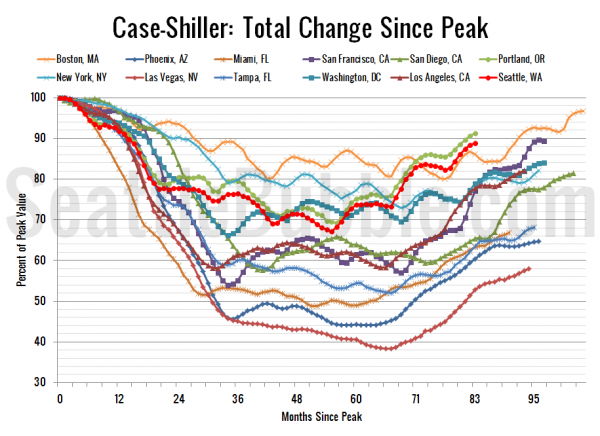 In the eighty-three months since the price peak in Seattle prices have declined 11.1%.

Lastly, let’s see what month in the past Seattle’s current prices most compare to. As of July 2014, Seattle prices are still roughly right around where they were in March 2006. 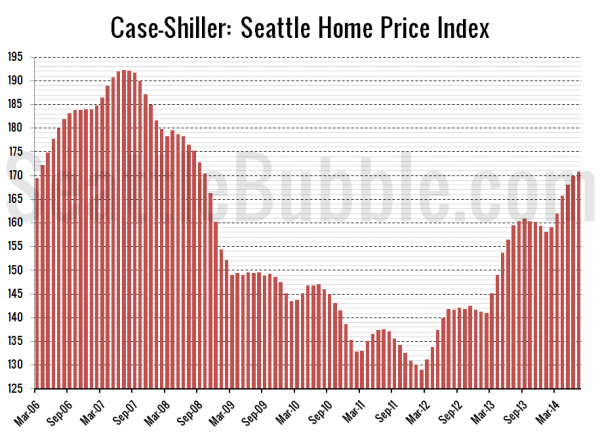 Check back later this week for a post on the Case-Shiller data for Seattle’s price tiers.