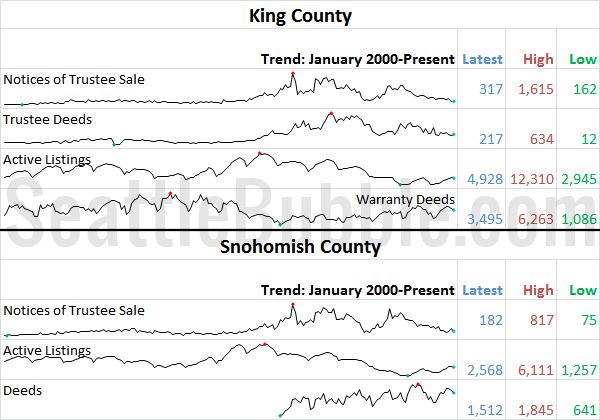 With September in the books, let’s have a look at our monthly stats preview. Most of the charts below are based on broad county-wide data that is available through a simple search of King County and Snohomish County public records. If you have additional stats you’d like to see in the preview, drop a line in the comments and I’ll see what I can do.

Listings dipped slightly from August in both counties. Snohomish is still up year-over-year, but King slipped slightly. Sales inched down a bit from a year ago in King and Snohomish. Foreclosure starts and completions both continued to fall from last year’s levels. 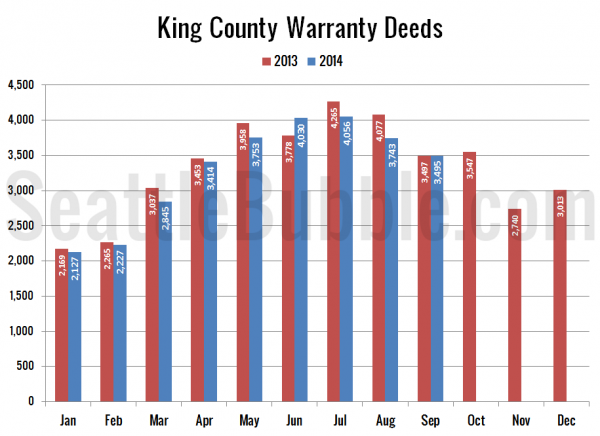 Sales in King County fell 7 percent between August and September (in 2013 they fell 14 percent over the same period), and were down 0.1 percent year-over-year. 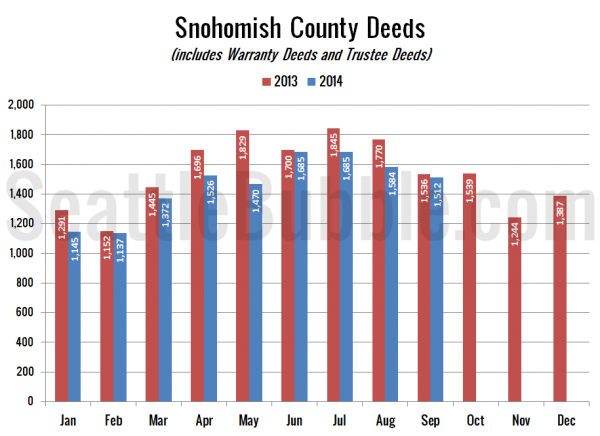 Deeds in Snohomish fell 5 percent month-over-month (compared to a drop of 13 percent over the same period last year) and were down 2 percent from September 2013. 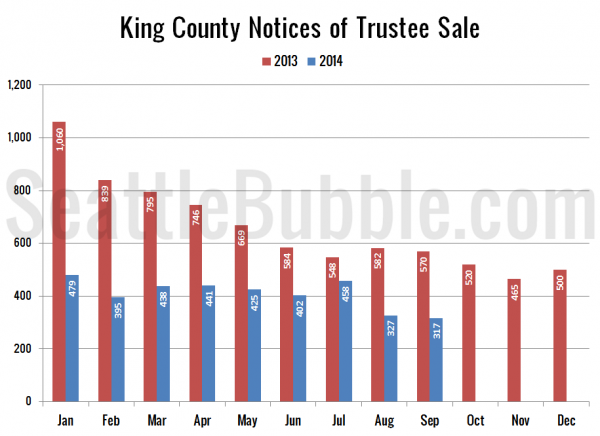 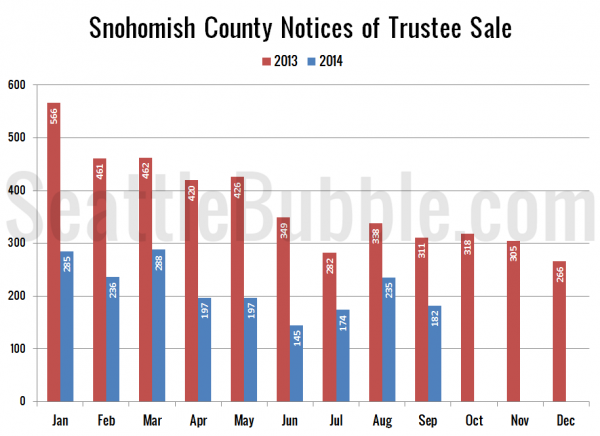 Foreclosures in both counties were once again down considerably from a year ago. King was down 44 percent from last year, and Snohomish fell 41 percent. 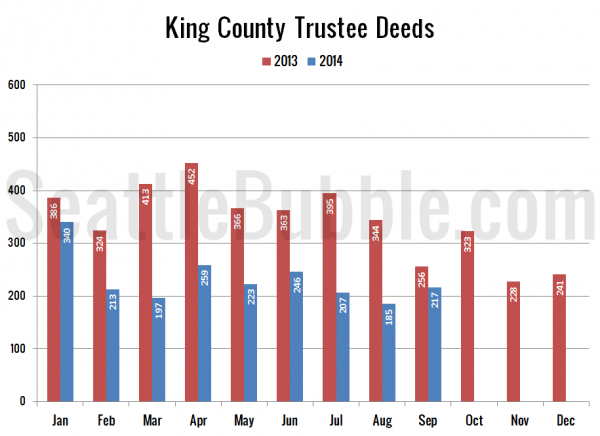 Trustee Deeds were down 15 percent from a year ago but rose a bit month-over-month. 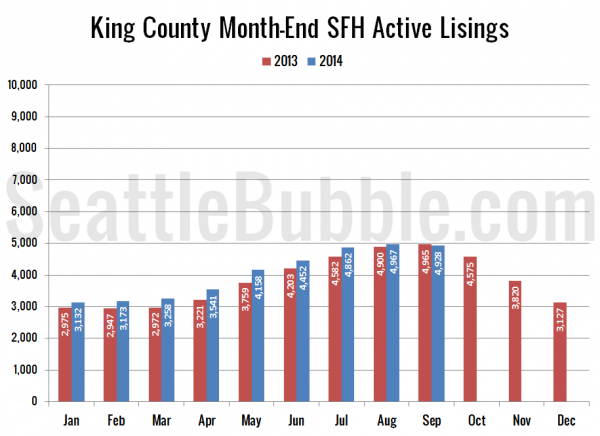 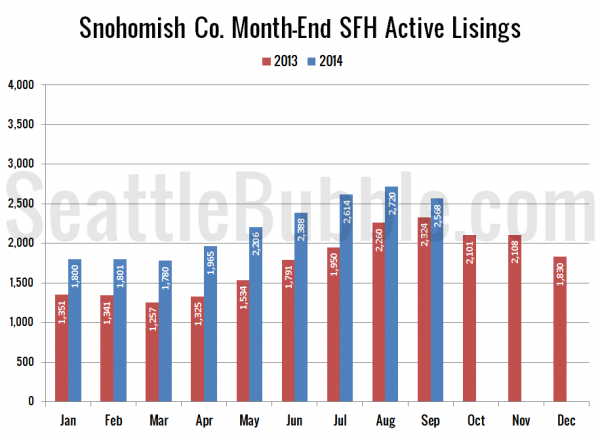 Month-over-month inventory flipped from increases to decreases, as it usually does this time of year. King is currently down 1 percent from last year, while Snohomish is up 10 percent.