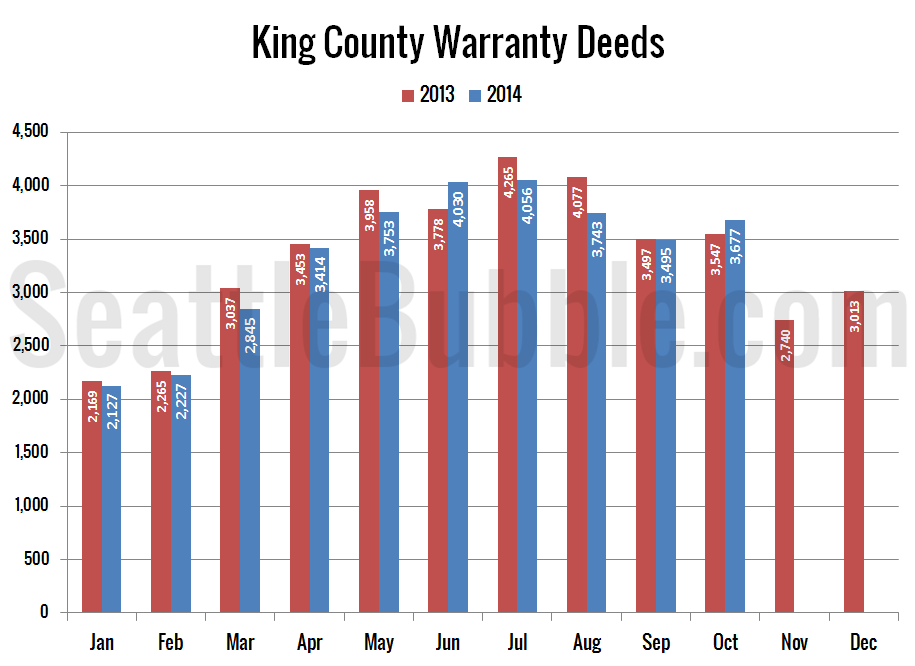 With October now in the past, let’s have a look at our monthly stats preview. Most of the charts below are based on broad county-wide data that is available through a simple search of King County and Snohomish County public records. If you have additional stats you’d like to see in the preview, drop a line in the comments and I’ll see what I can do. 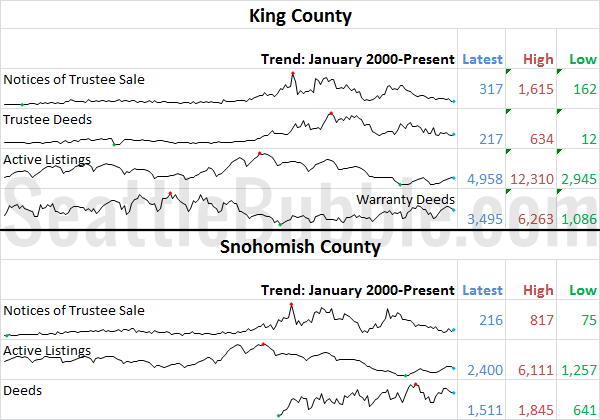 Listings continued their typical seasonal descent. Sales rallied slightly in King County, and were flat in Snohomish. Foreclosures were slightly up over September in both counties, but still down from a year ago.

Sales in King County increased 5 percent between September and October (in 2013 they rose 1.4 percent over the same period), and were up 4 percent year-over-year. 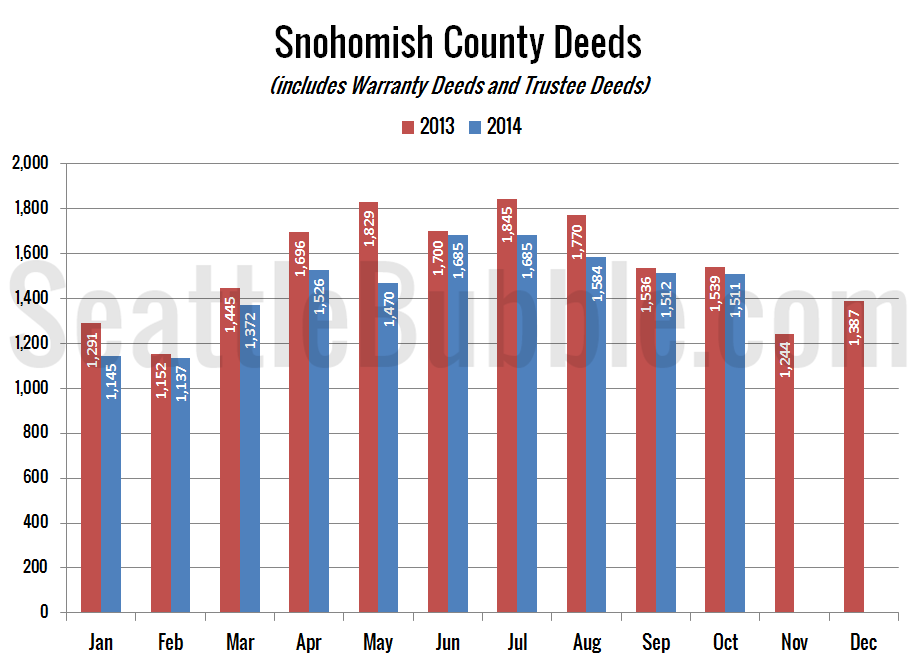 Deeds in Snohomish were flat month-over-month (basically the same as the same period last year) and were down 2 percent from October 2013. 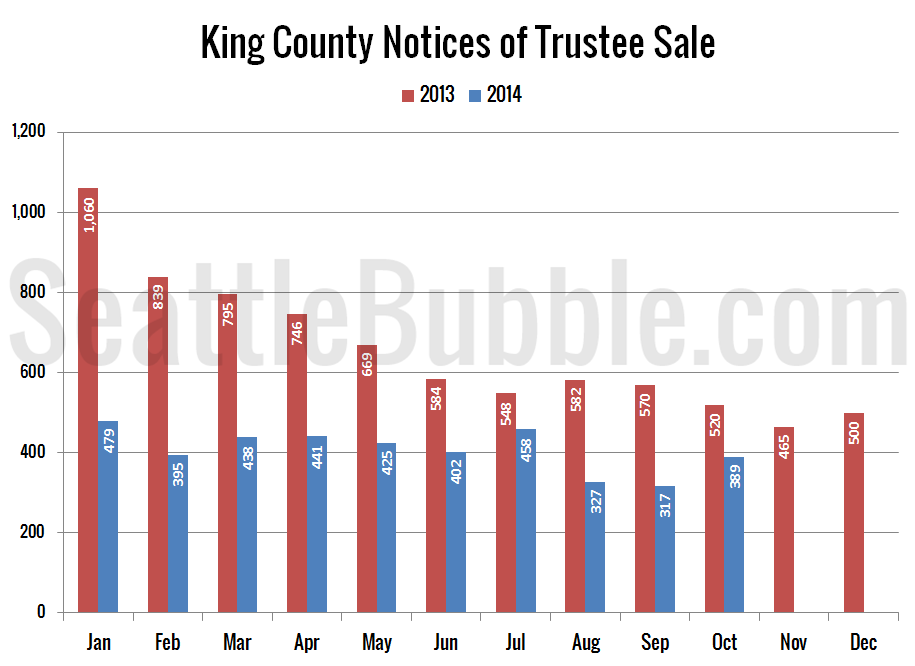 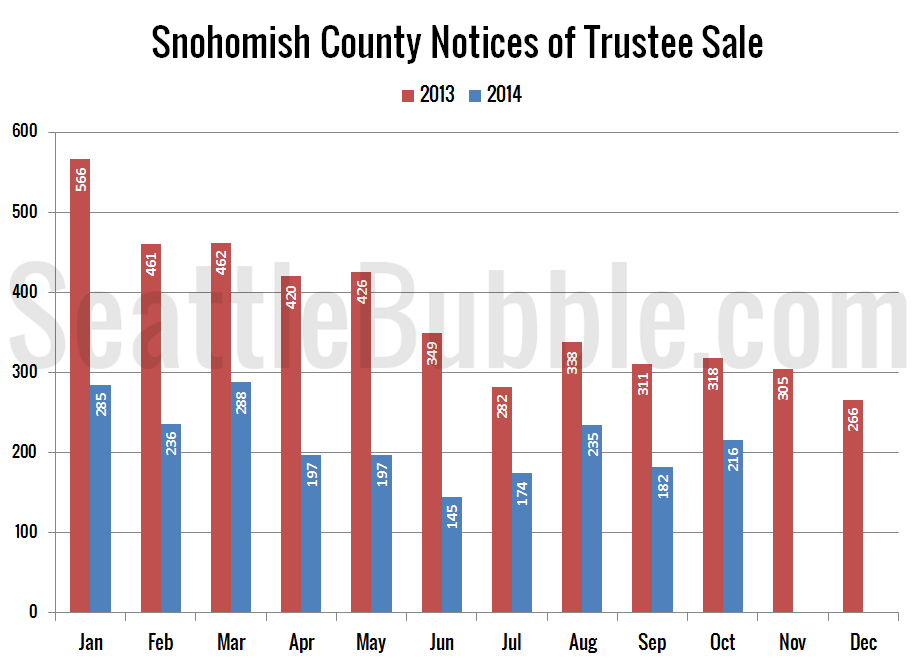 Foreclosures in both counties were down from a year ago yet again, despite a slight month-over-month uptick. King was down 25 percent from last year, and Snohomish fell 32 percent. 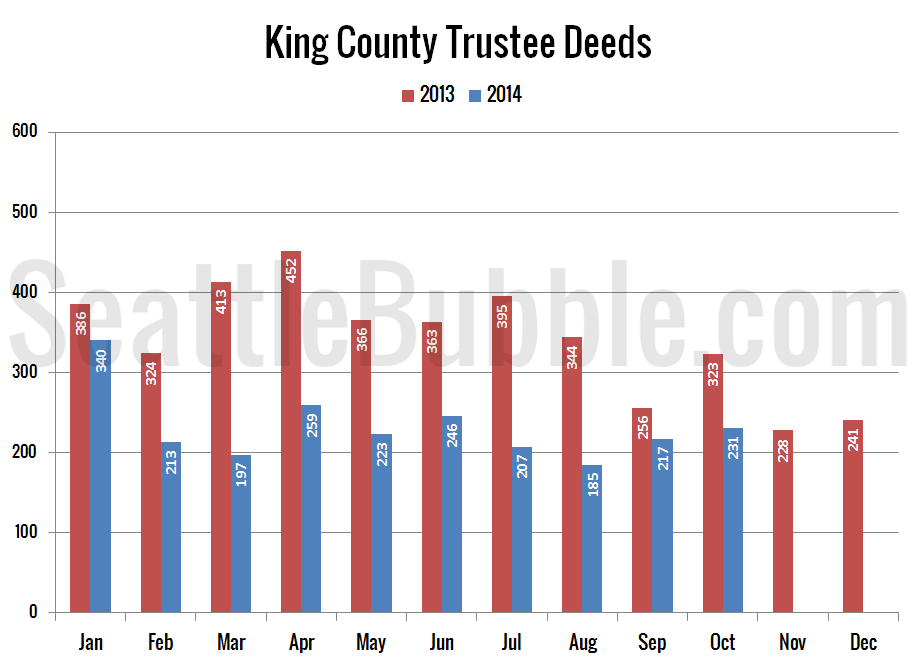 Trustee Deeds were down 28 percent from a year ago despite a month-over-month increase. 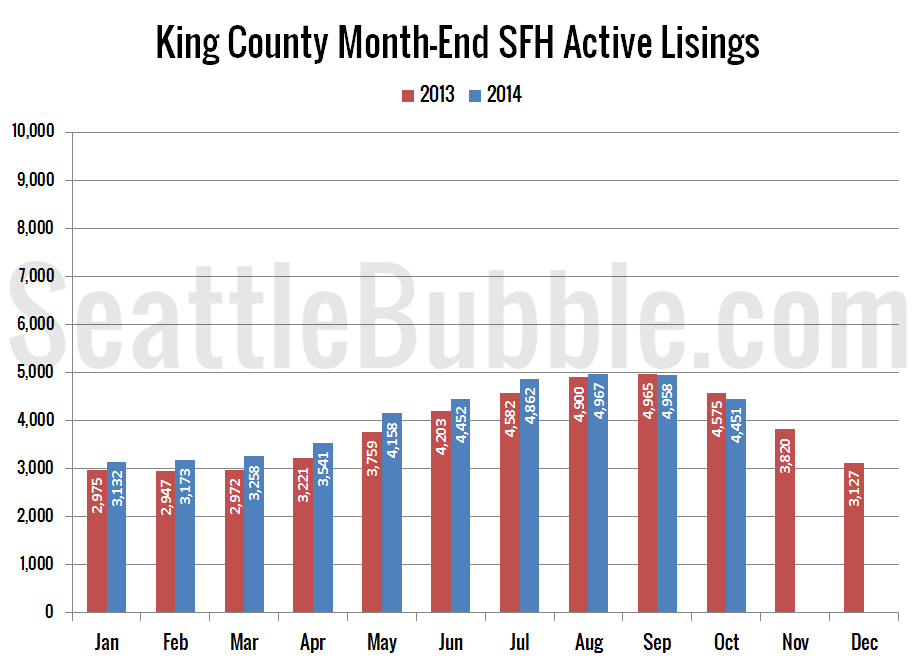 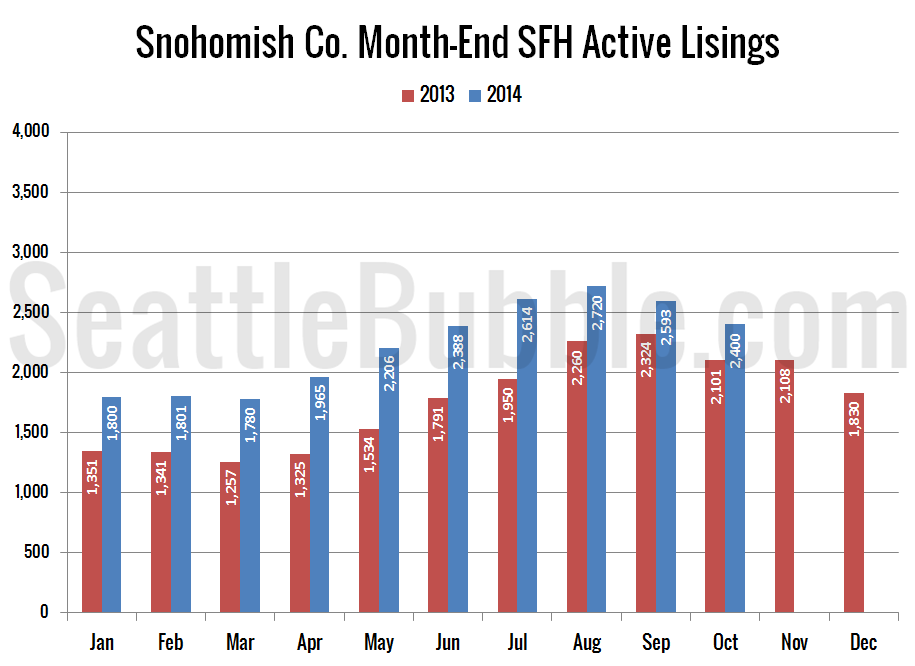 Year-over-year inventory continued to drop in King County, and was still up in Snohomish. King is currently down 3 percent from last year, while Snohomish is up 14 percent.