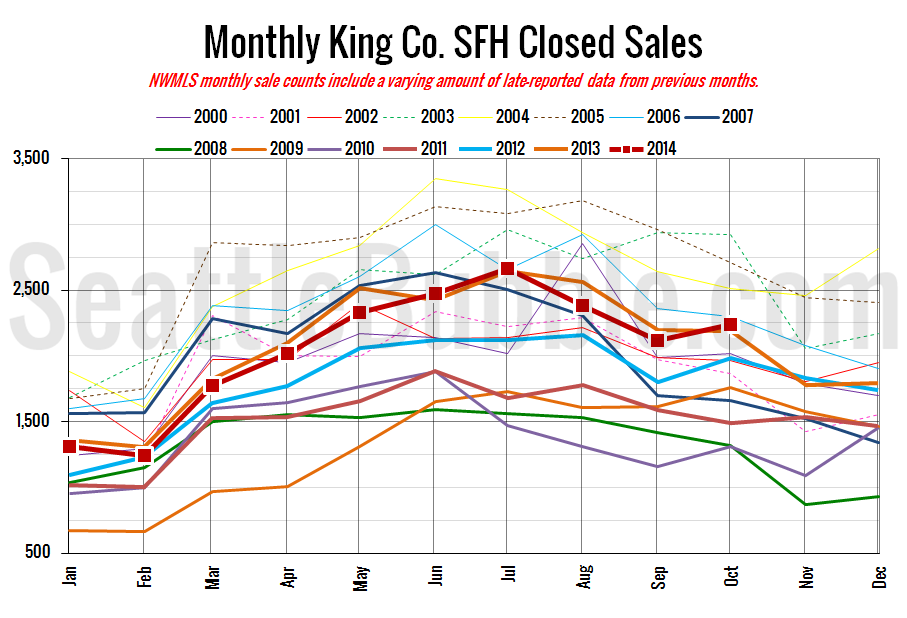 October market stats were published by the NWMLS today. They haven’t published their press release to its typical location yet, so let’s just dive right into our usual monthly stats.

Closed sales bumped up in October, which is not as uncommon as you might think. Similar increases were seen between September and October in 2012, 2010, and 2009. Prices dipped back down a bit (once again most likely due to more shifts in the geographic mix). Meanwhile listings continued to decrease as they do at this time every year. 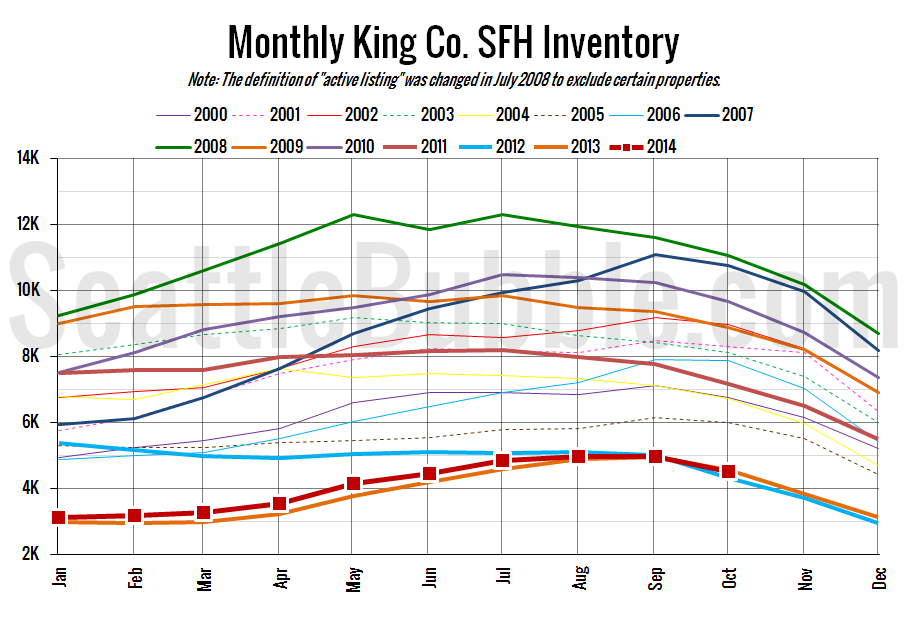 Inventory continued its annual slide with a another monthly dip. 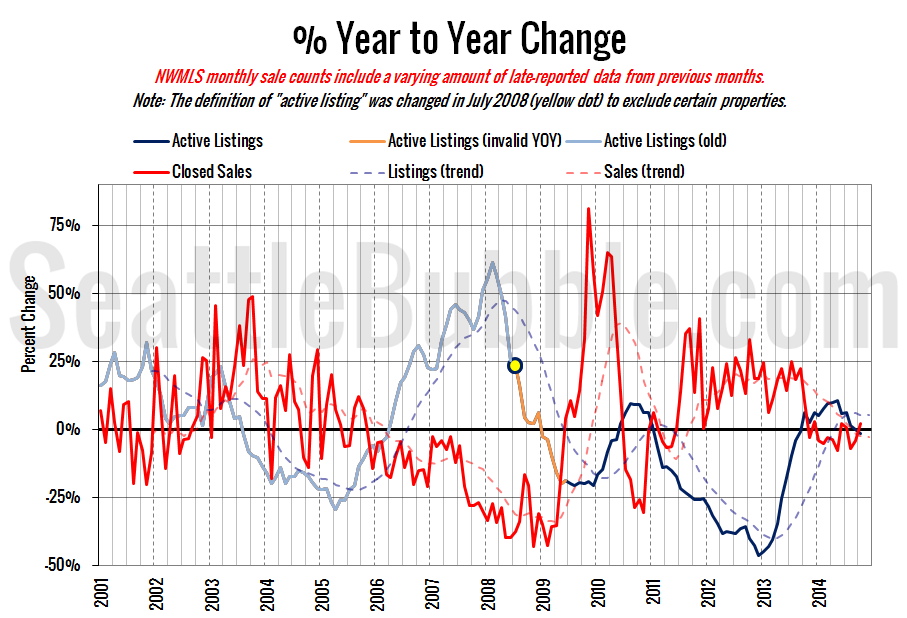 The size of the change on this chart was small, but it did totally flip directions back to a seller’s market, with increasing sales and decreasing listings. 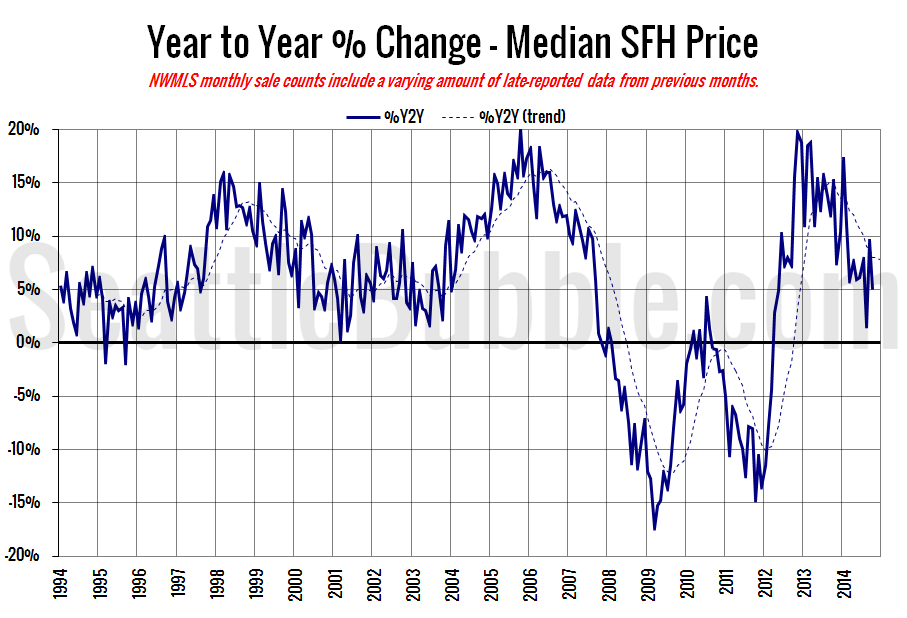 The year-over-year growth in median price fell back down last month to its second-lowest point in 29 months. 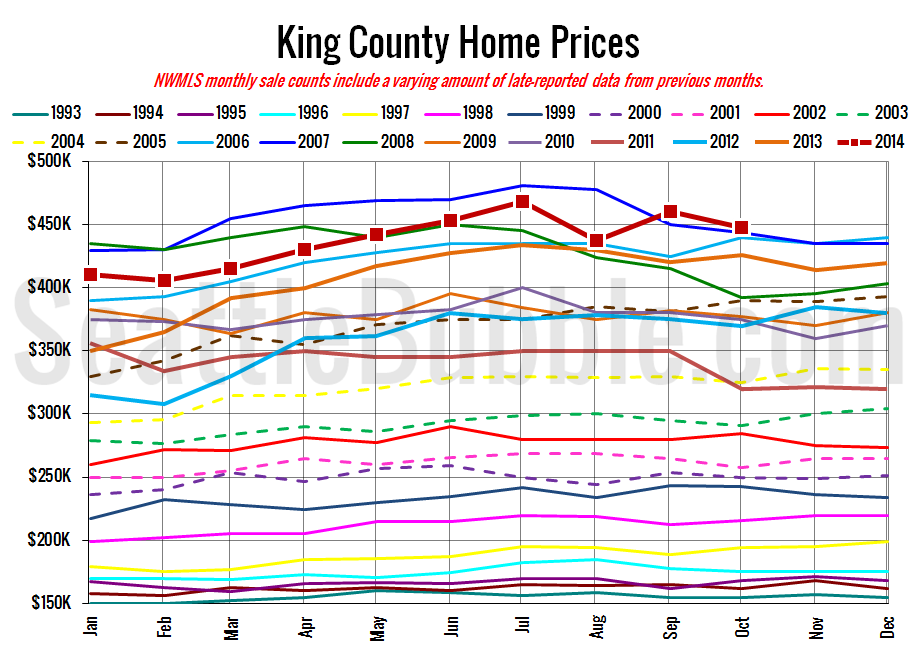 Although prices fell from September, last month set a new record for the highest median price ever for an October, beating out the previous high of $443,950 set in 2007.