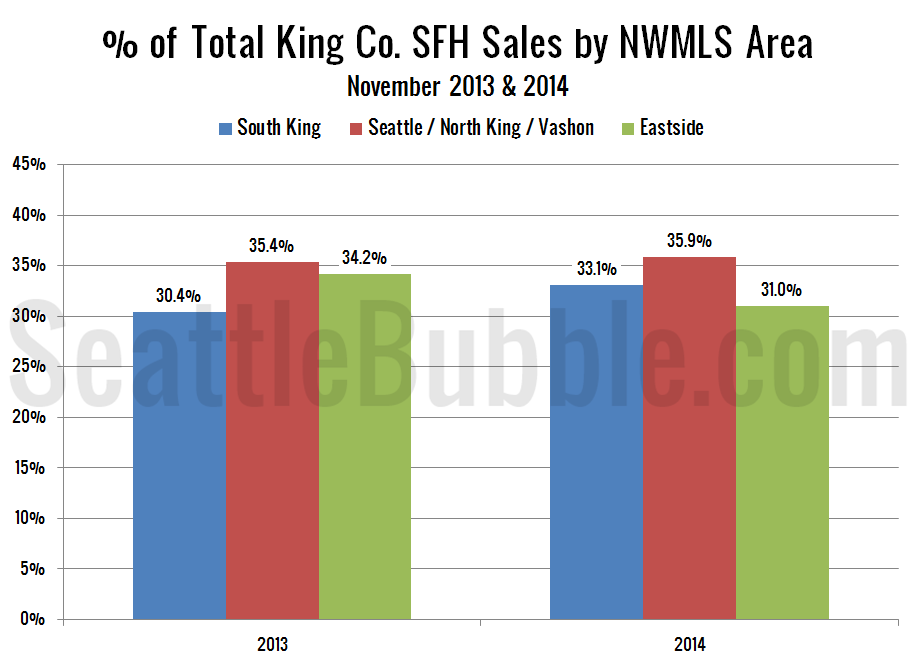 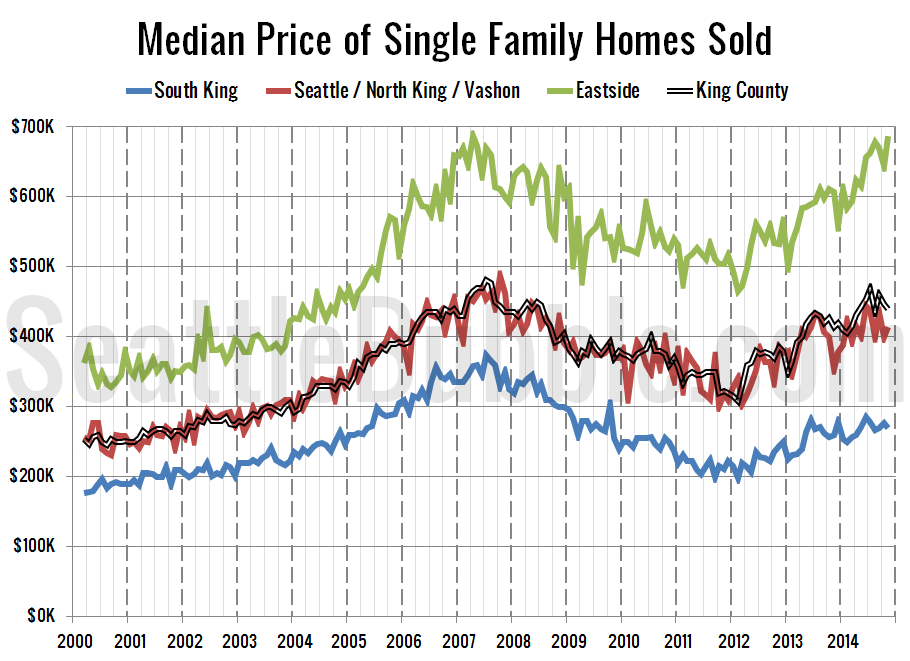 Month-over-month, only the low tier saw the median price fall between October and November. The low tier fell 2.3 percent in the month, the middle tier increased 3.3 percent, and the high tier gained 6.7 percent.

Twenty-three of the twenty-nine NWMLS regions in King County with single-family home sales in November had a higher median price than a year ago, while eighteen had a month-over-month increase in the median price. 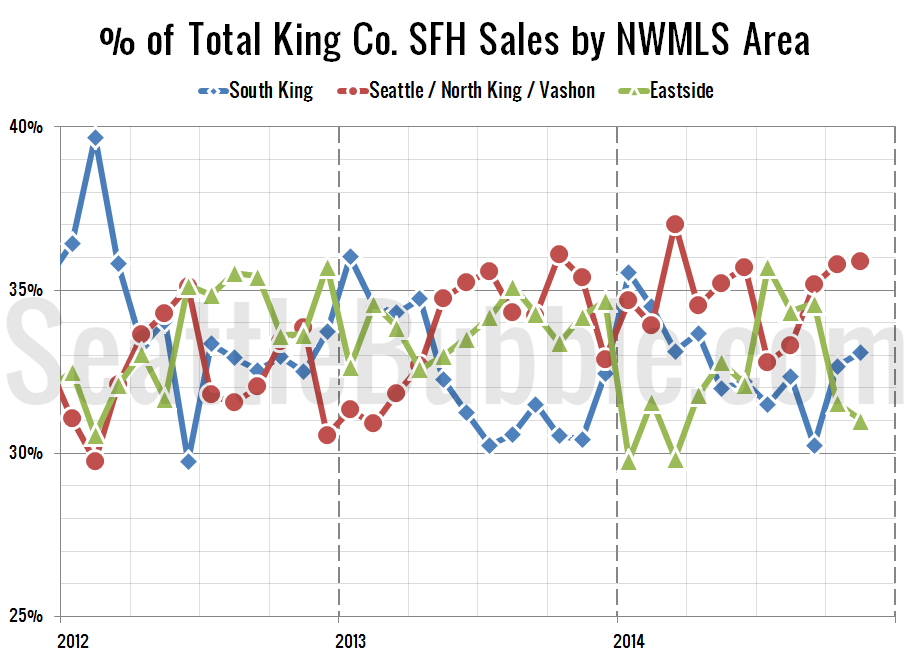 Sales in all three regions fell between October and November, but the mix changed slightly as the expensive Eastside continued to make up less of the total volume.

Year-over-year sales were mixed across the three tiers. Compared to a year ago, sales increased 14.6 percent in the low tier, rose 6.8 percent in the middle tier, and dropped 4.4 percent in the high tier. This is the fourth month in a row of declining sales volumes in the Eastside. It’s possible that is related to the record high home prices I mentioned above. 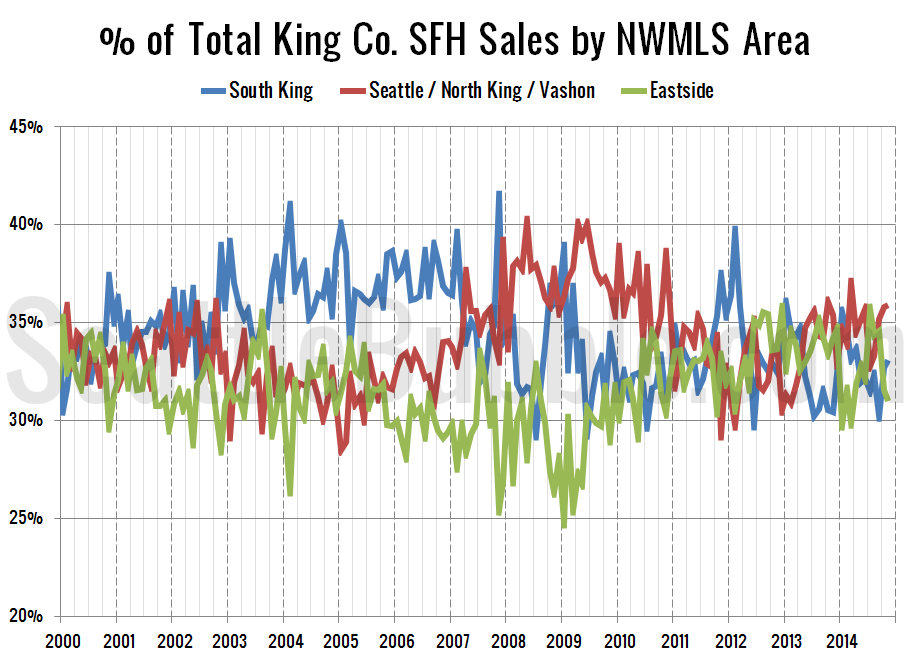 It’s more historically common for the Eastside to make up the smallest share of sales as it does now, but all three tiers are relatively even compared to some of the differences we’ve seen in the past. It’s hard to get a strong read on any big regional shifts with the middling data we’ve seen the last few months.