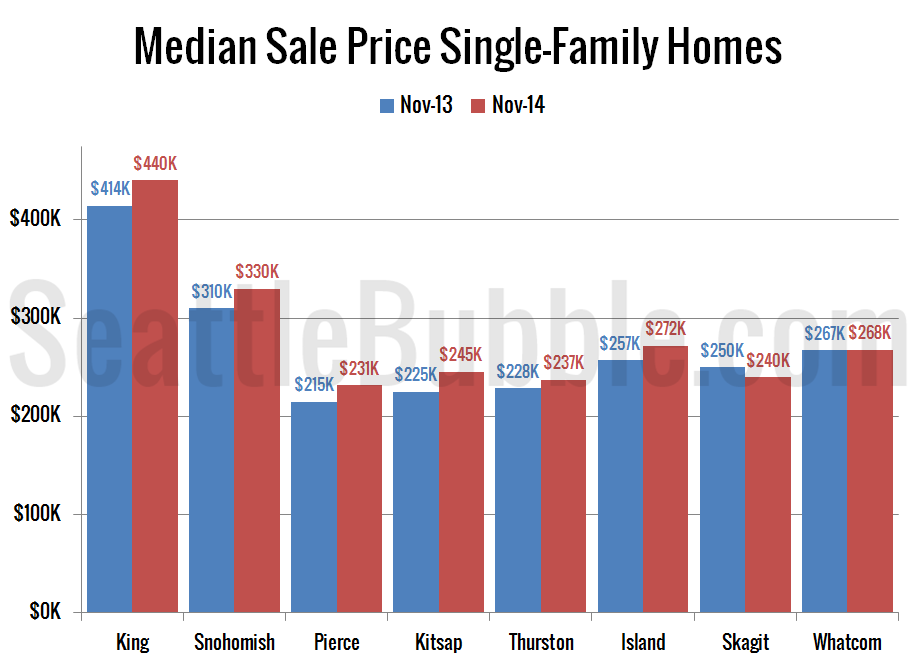 This month’s story in a nutshell: Listings are declining from a year ago, while sales are up across the board. Overall the winter is shaping up to be very unfriendly to home buyers.

Next let’s take a look at median prices in November compared to a year earlier. Prices were up from a year ago everywhere but Skagit County. Gains ranged from as low as 0.2 percent in Whatcom to as high as 9 percent in Kitsap.

The number of listings on the market fell year-over-year almost everywhere. Even Snohomish County, which saw gains of as much as 48 percent earlier this year, only gained 0.6 percent in November compared to a year earlier. The biggest loser of listings was Skagit County, where listings fell 20 percent from a year ago. 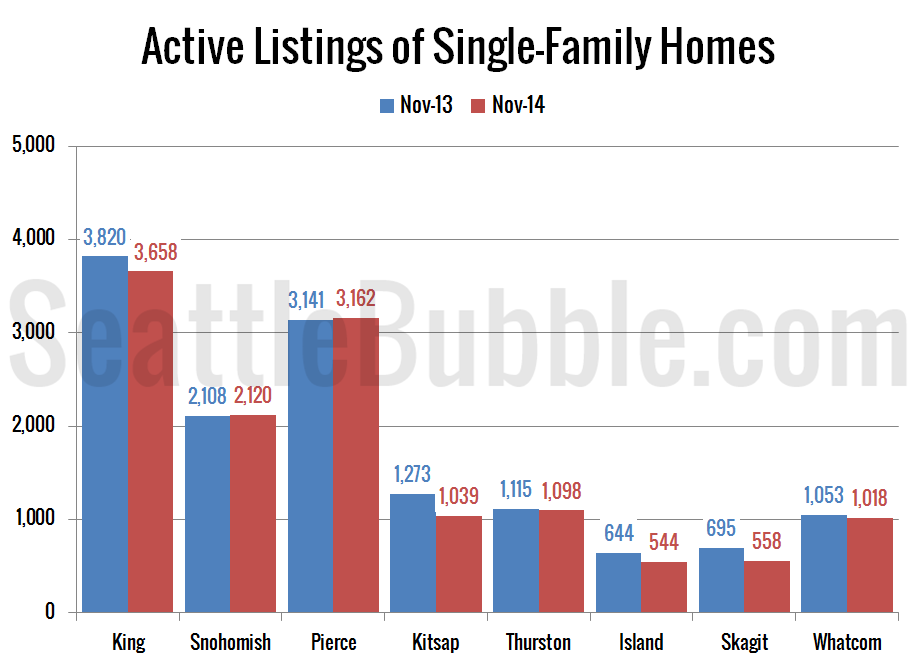 Closed sales increased in November compared to a year earlier in all eight counties. The biggest gains were in Kitsap County, which saw 15 percent more sales than last November. 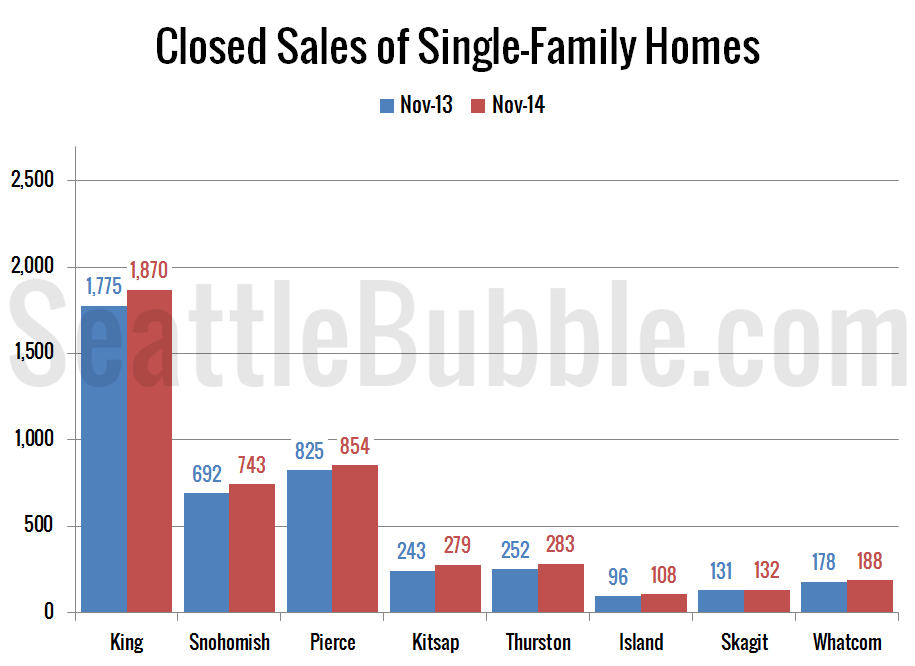 Here’s a chart showing months of supply this November and last November. The market was less balanced than a year ago, skewing more toward sellers in all eight counties. 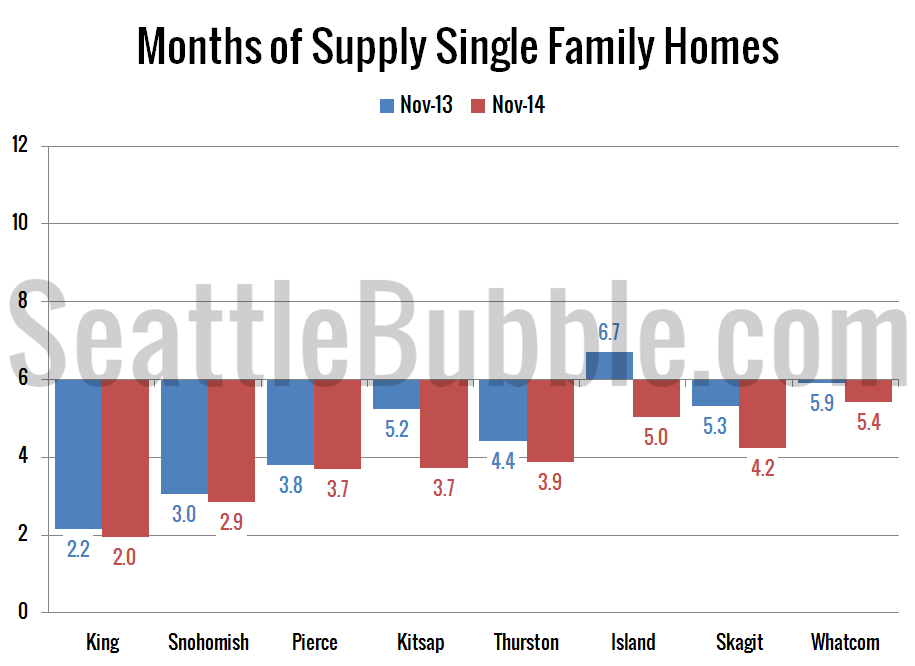 To close things out, here’s a chart comparing November’s median price to the peak price in each county. Everybody is still down from the peak, with drops ranging between just 9 percent in King County to 22 percent in Island County. 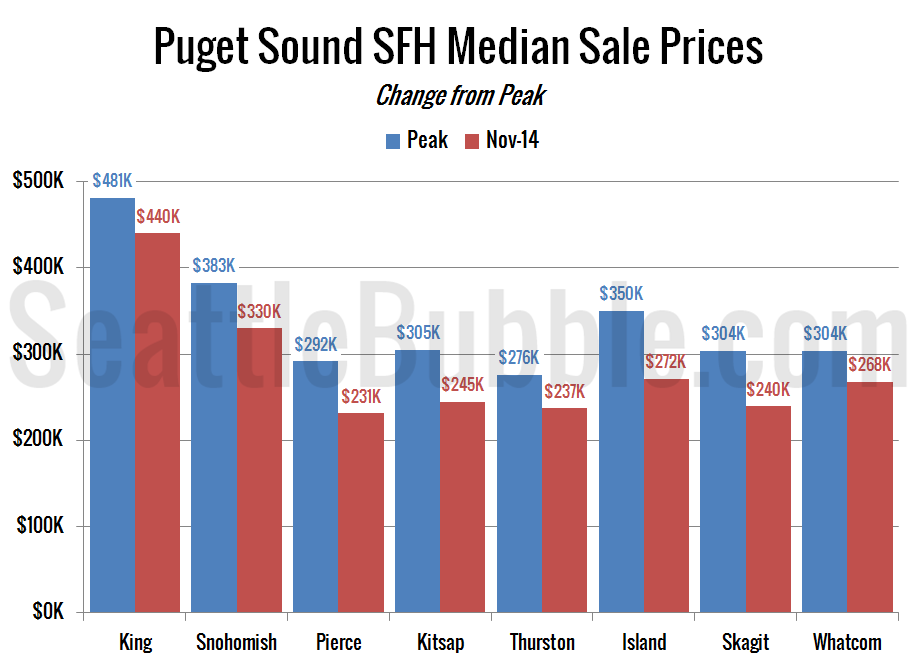 With home prices up considerably from the early 2012 bottom, inventory down and sales up, this winter is definitely shaping up to be an unpleasant time to try to buy a home.