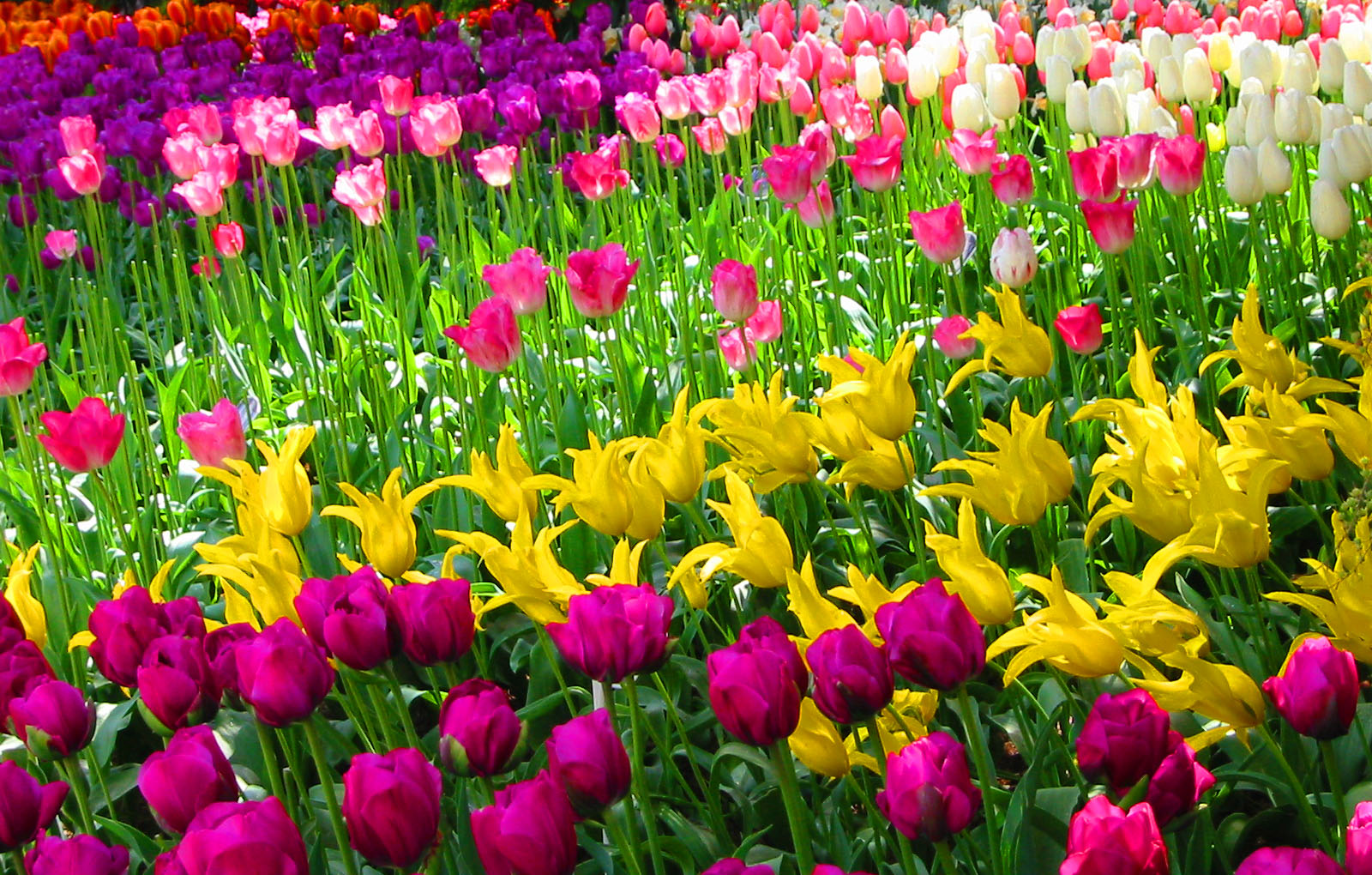 January market stats were published by the NWMLS yesterday. Before we get into our monthly stats, let’s have a look at their press release.

New figures from Northwest Multiple Listing Service show year-over-year increases in pending sales, closed sales, and prices, while inventory fell by double digits.
…
[Northwest MLS director Frank] Wilson, branch managing broker at John L. Scott in Poulsbo, said the spring market is not waiting for the tulips this year – “spring has already sprung. We are seeing an increase in traffic at our open houses with more buyers out looking at our limited inventory.”

Wow. did they seriously just reference tulips? As a positive? Just wow.

This month it’s the same basic story we’ve been seeing over most of the last year: decent sales volume, rising prices, and a lack of inventory. One thing that is interesting, which I’ll get into more later, is how the year-over-year home price growth has been trending down since late 2012. 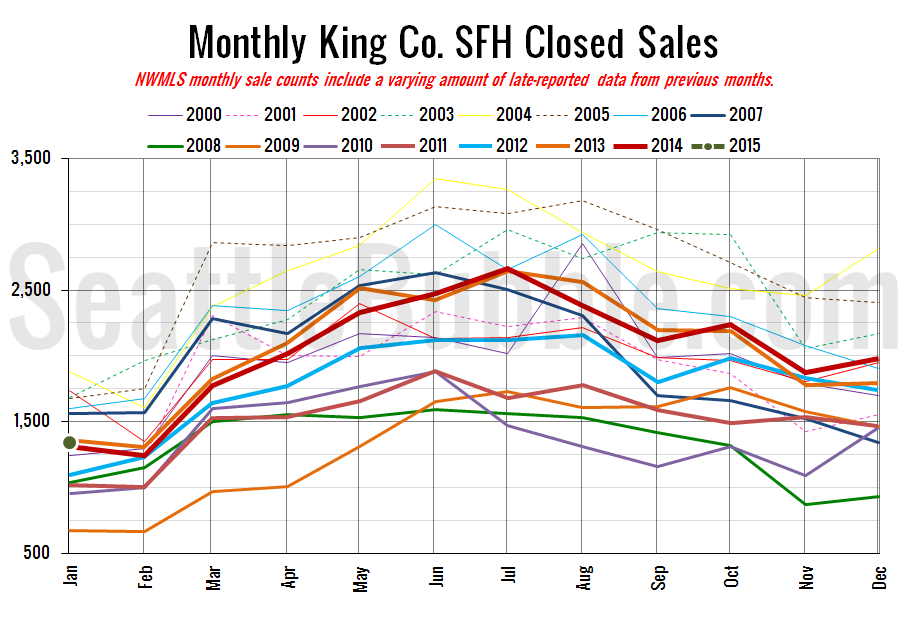 Closed sales fell 32 percent from December to January, which is more than the average 24 percent decline for this time of year, but not way out of the typical range. 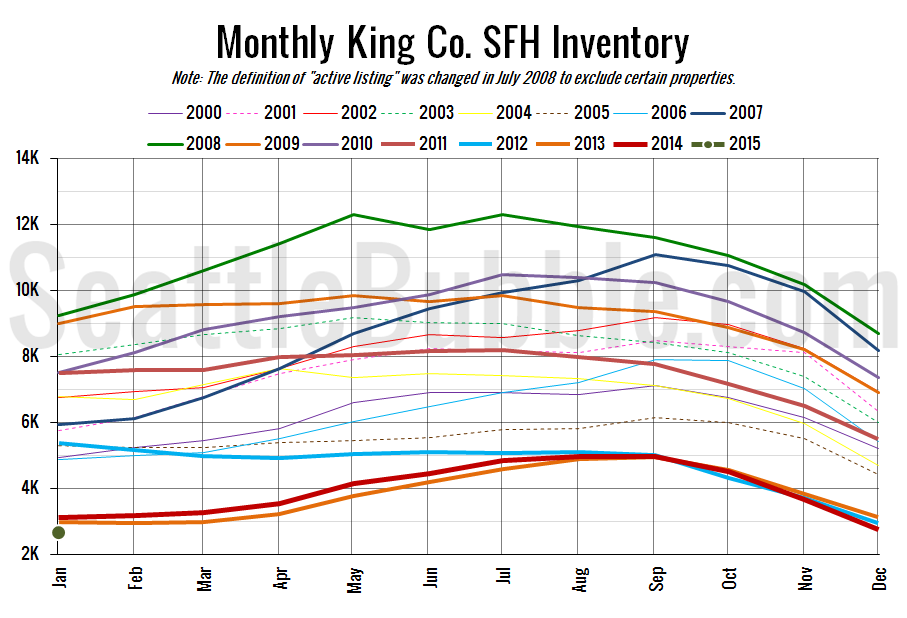 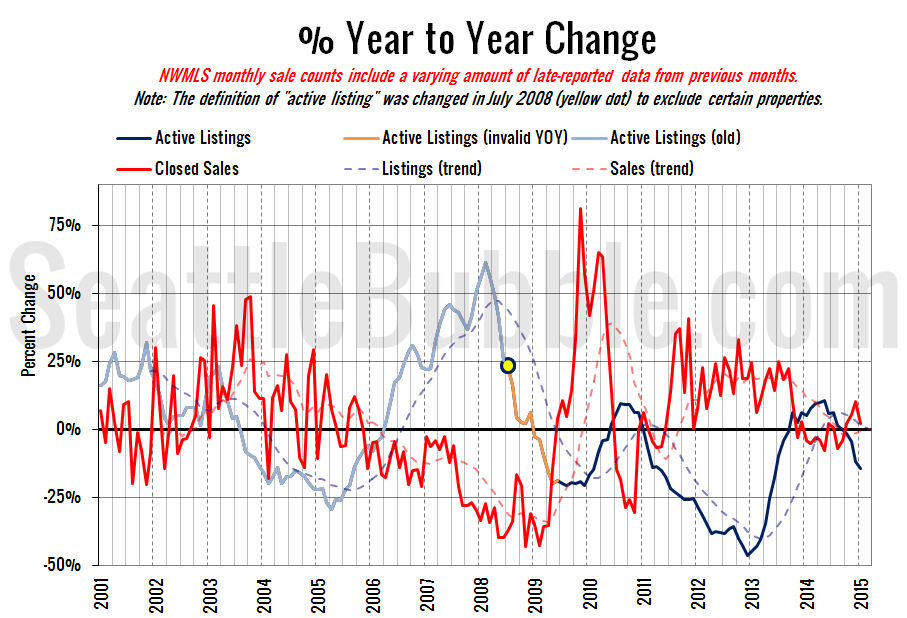 Both supply and demand are still moving in sellers’ favor, although the demand side did drop substantially. 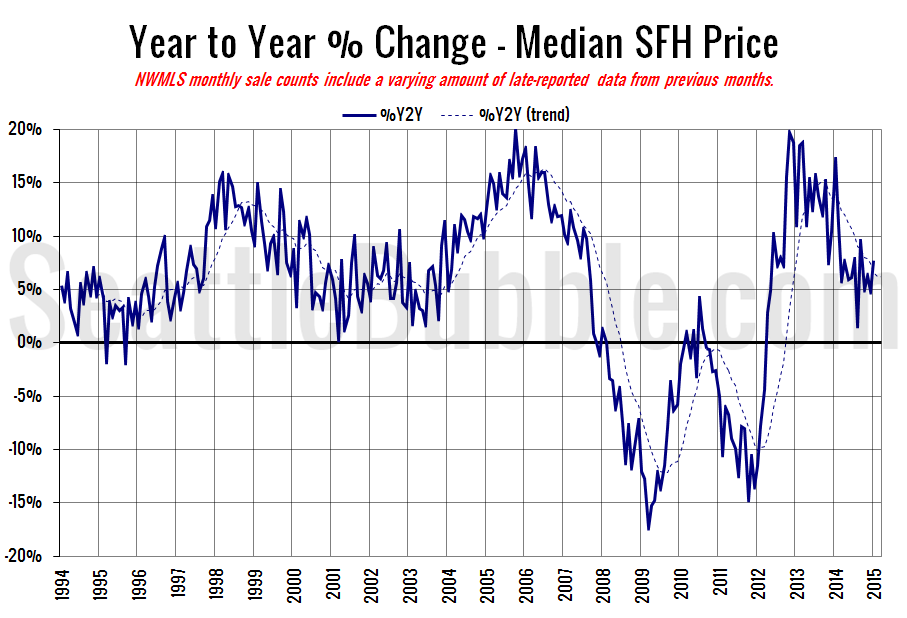 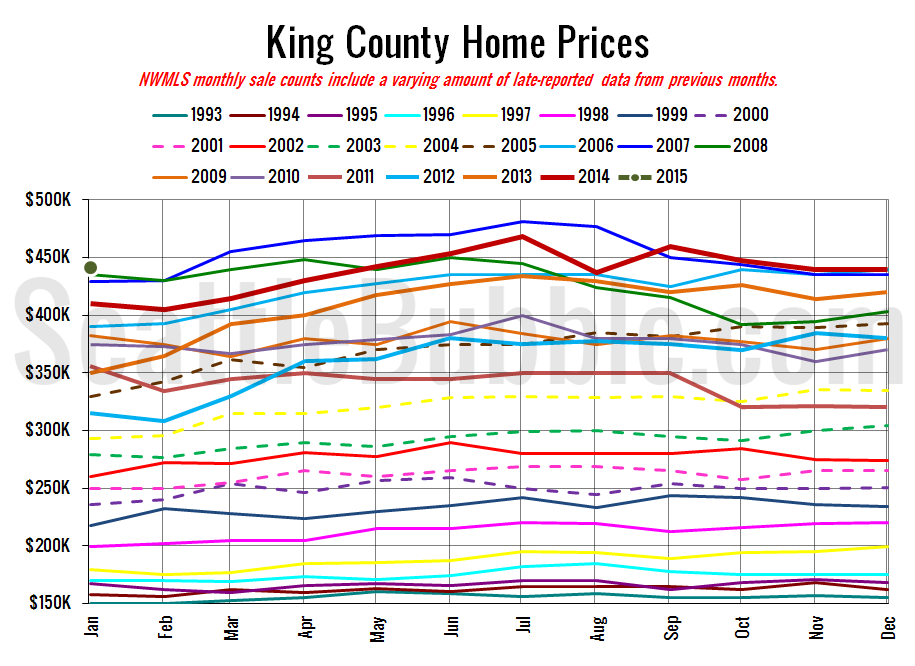 Home prices have still been basically flat since May.

Here are this month’s articles from the Seattle Times and P-I: