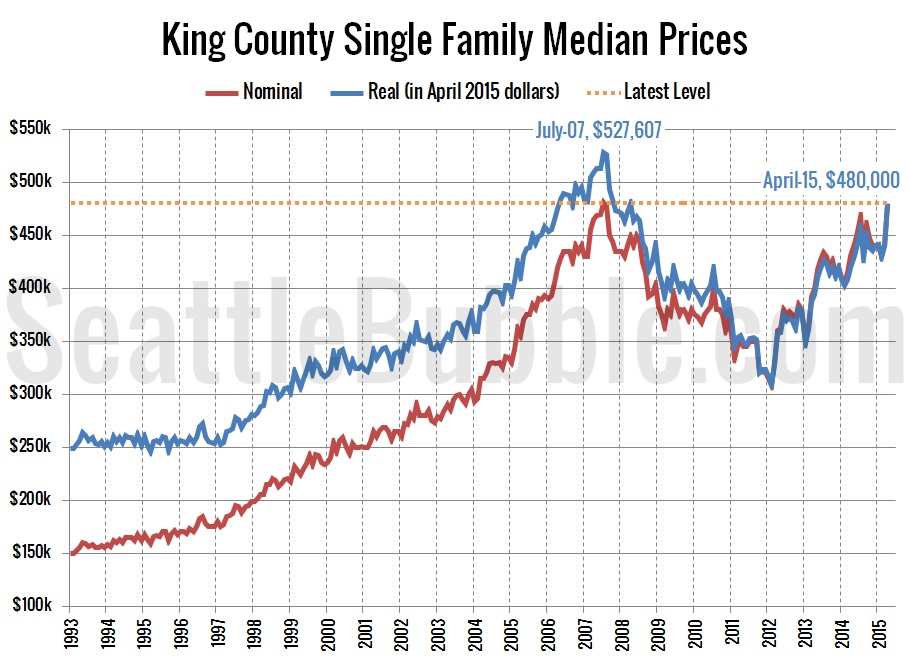 Last year home prices increased 8.7 percent between April and their 2014 high point in July. If we see another similar increase this year we’ll come just shy of the inflation-adjusted price peak in 2015, hitting about $522,000 in July.

In other words, any way you look at it, home prices are really high right now.