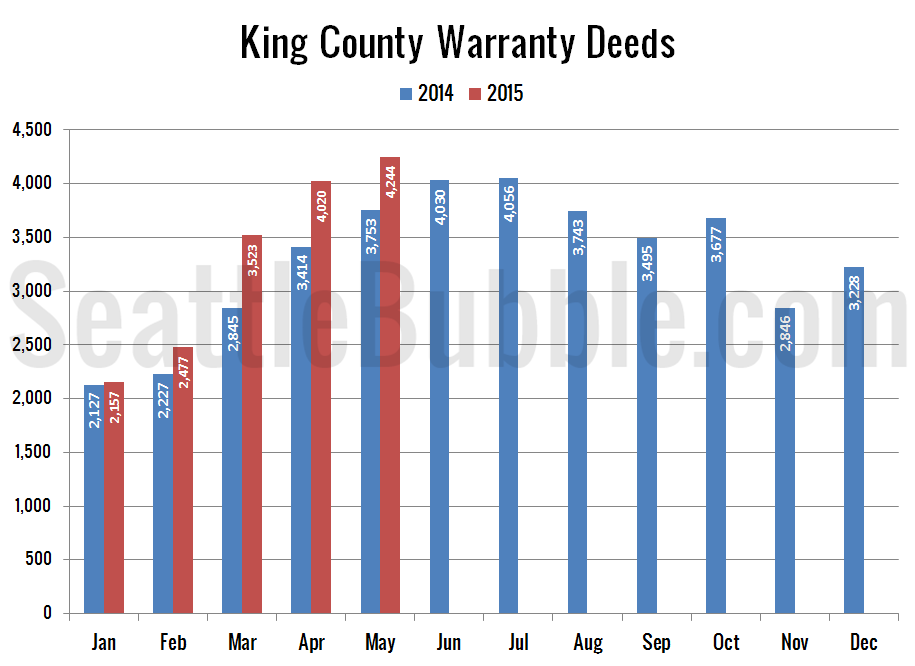 With May 2015 now in the rear view mirror, let’s have a look at our monthly stats preview. First up, here’s the snapshot of all the data as far back as my historical information goes, with the latest, high, and low values highlighted for each series: 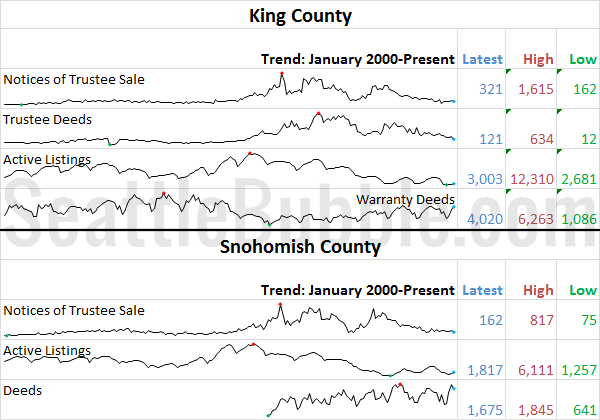 Inventory went up again month-over-month in both King and Snohomish counties, but by less than it did last year over the same period. Meanwhile, sales also rose in King County, but fell slightly in Snohomish. Year-over-year sales were up in both counties, while inventory was down double digits again. Foreclosure notices declined yet again from 2014 in both counties.

Sales in King County rose 6 percent between April and May (in 2014 they rose 10 percent over the same period), and were up 13 percent year-over-year. 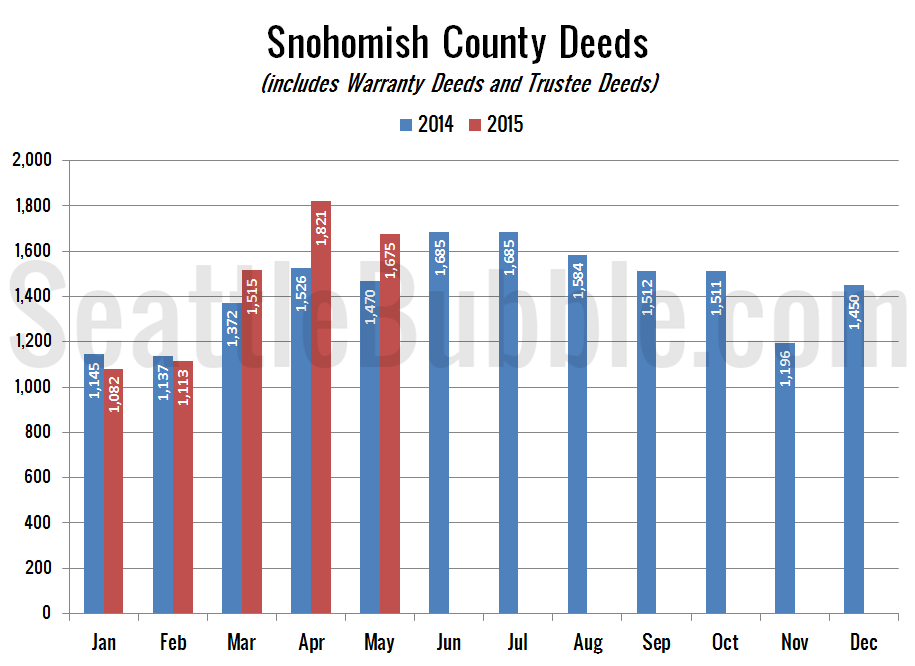 Deeds in Snohomish fell 8 percent month-over-month (vs. a 4 percent decrease in the same period last year) and were up 14 percent from May 2014. 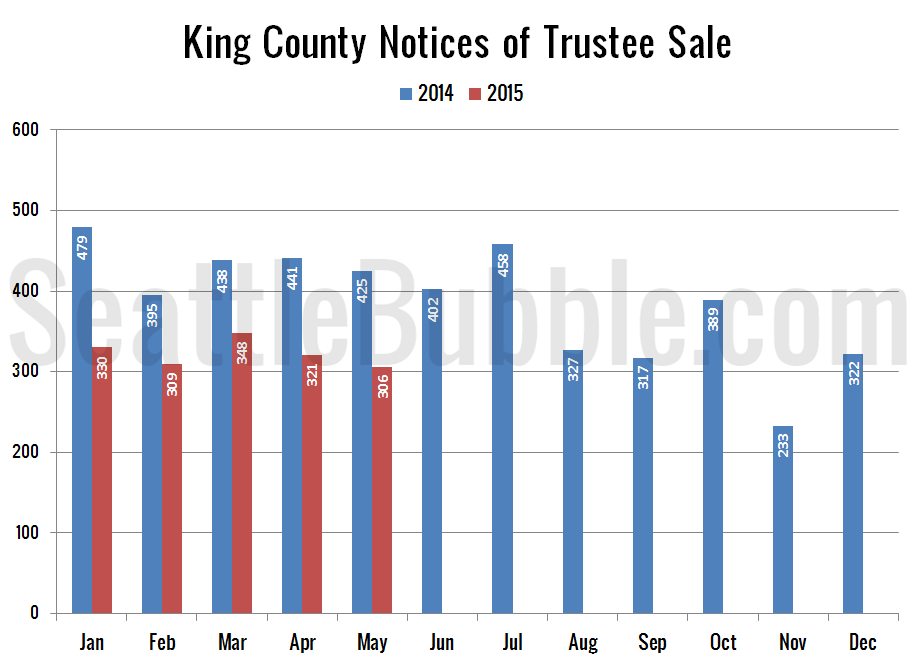 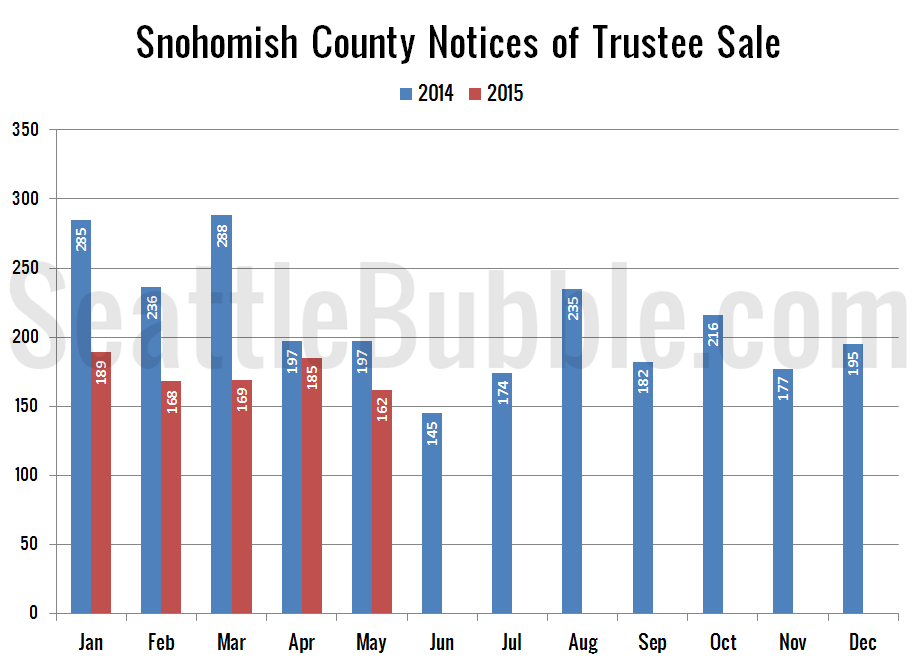 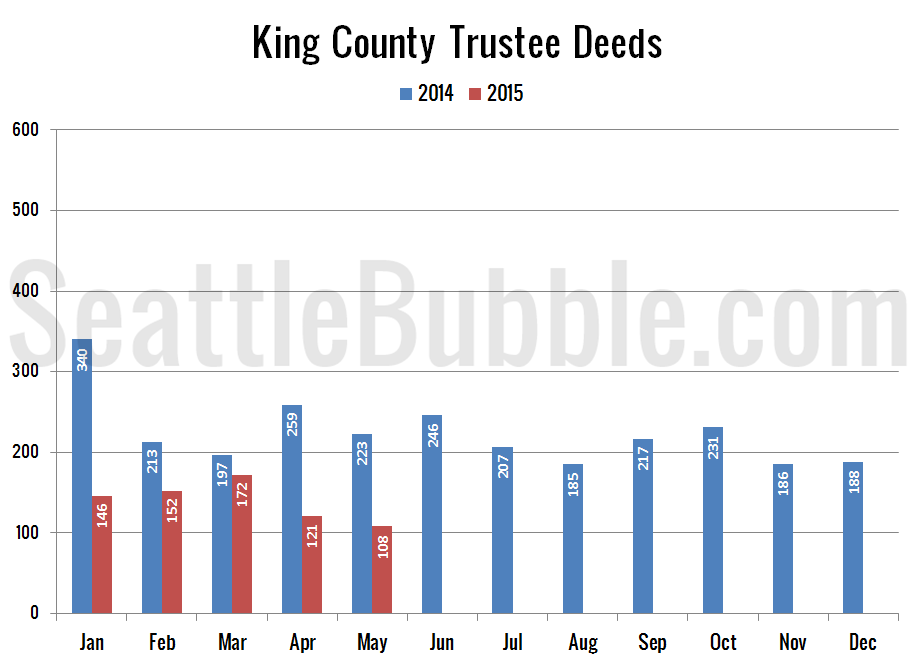 Trustee Deeds were down 52 percent from a year ago, falling to their lowest point since March 2008. 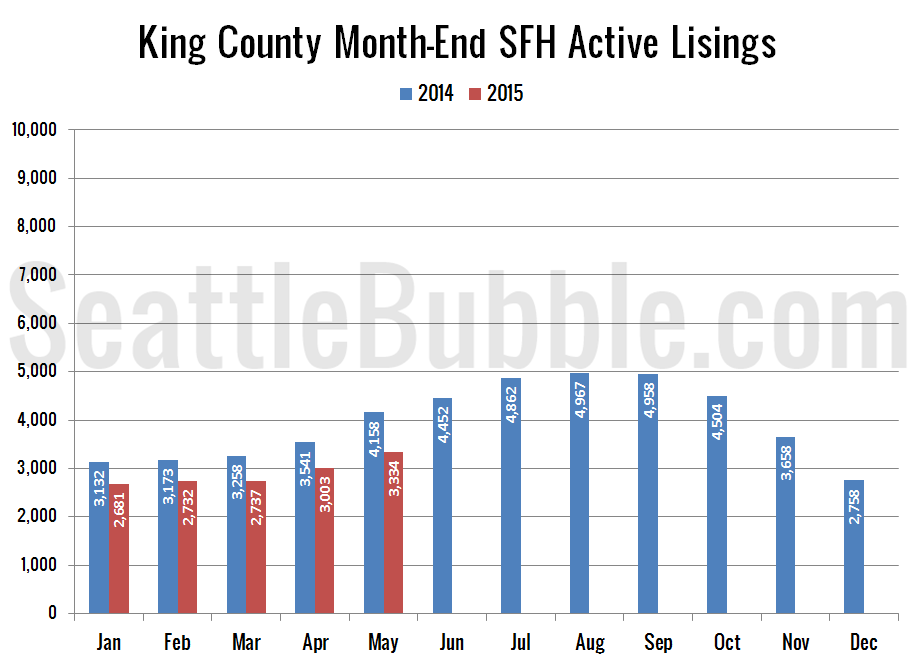 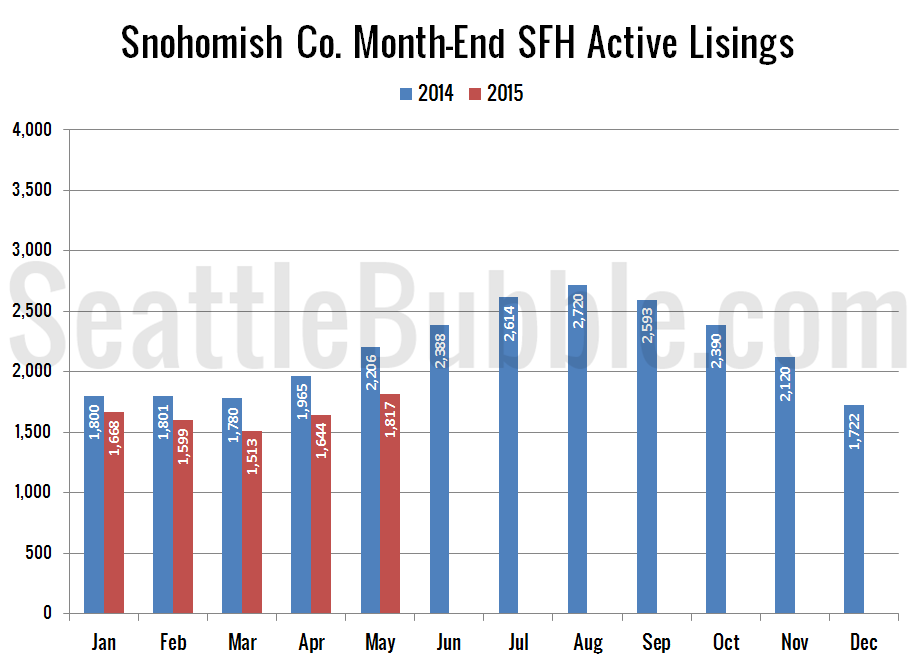 Inventory inched up again slightly in both counties month-over-month. King is currently down 20 percent from last year and Snohomish is down 18 percent.