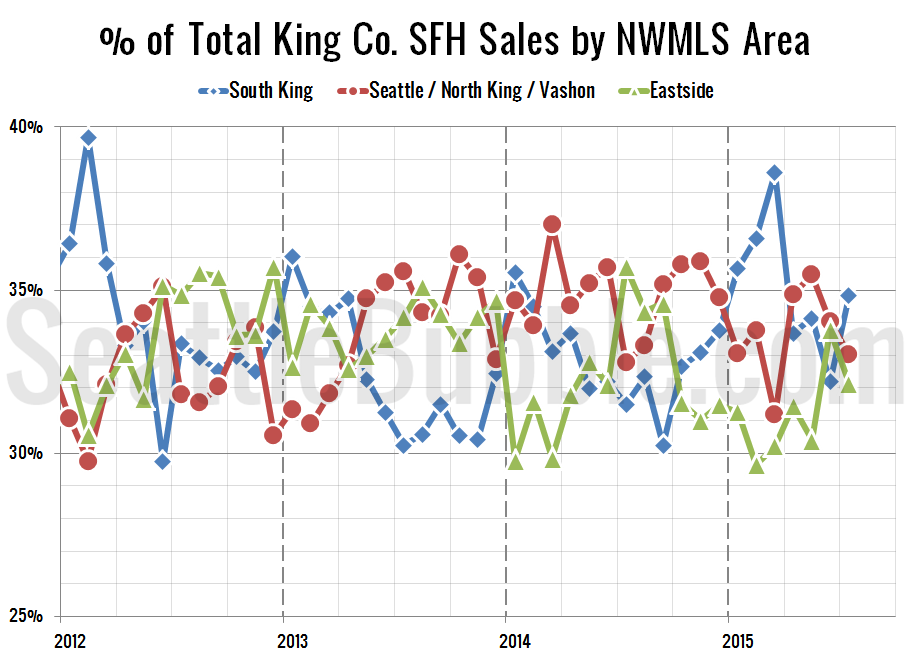 I’ve pointed out for years that geographic shifts can and do affect the median price, so it was nice to see none other than Lennox Scott (CEO of John L. Scott) joining the chorus in a recent Seattle Time’s piece.

Lennox Scott, CEO of John L. Scott Real Estate, said the lower price in July also could be due to the mix of homes that sold.

Of course, I pointed out that the geographic mix was likely the reason the county-wide median moved up so much between May and June, while Lennox only feels the need to mention the mix when the median moves down, but whatever. Let’s have a look at this month’s numbers to see how the mix shifted again in July. 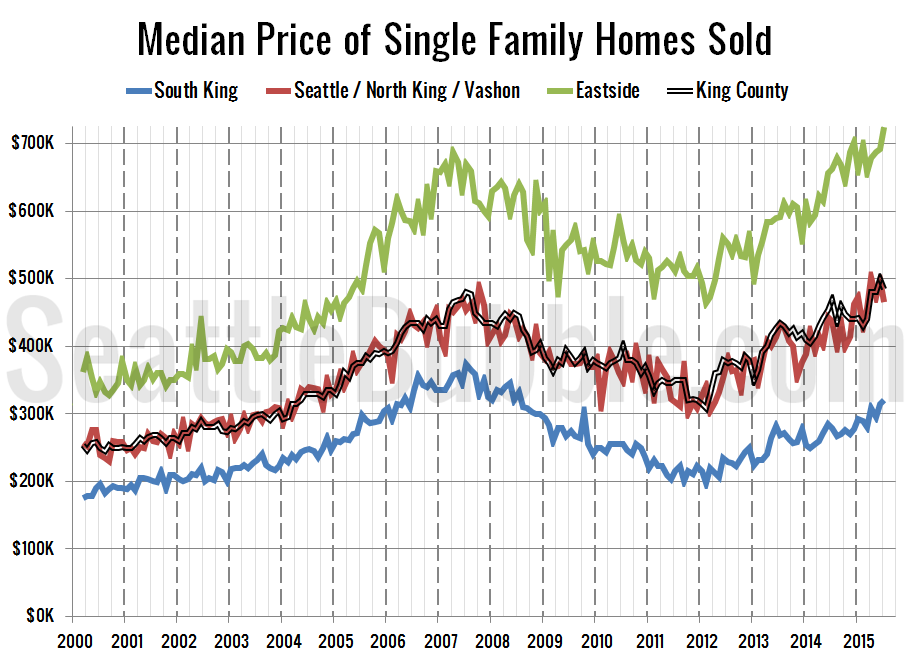 The low and high tiers saw month-over-month gains in their respective median-median price, while the middle tier fell slightly. The high tier shot up over $30,000 in July to a new all-time high of $723,988. The low tier hit its highest point in 84 months, but still fell short of its August 2007 high. Month-over-month, the median price in the low tier rose 1.9 percent, the middle tier decreased 6.5 percent, and the high tier gained 4.5 percent.

Twenty-five of the twenty-nine NWMLS regions in King County with single-family home sales in July had a higher median price than a year ago, while eleven had a month-over-month increase in the median price. 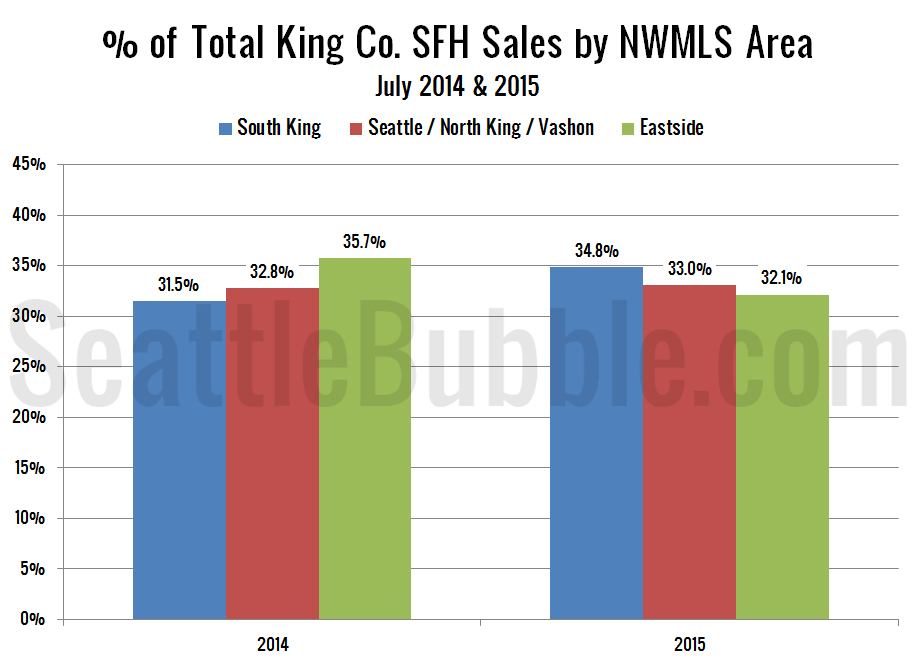 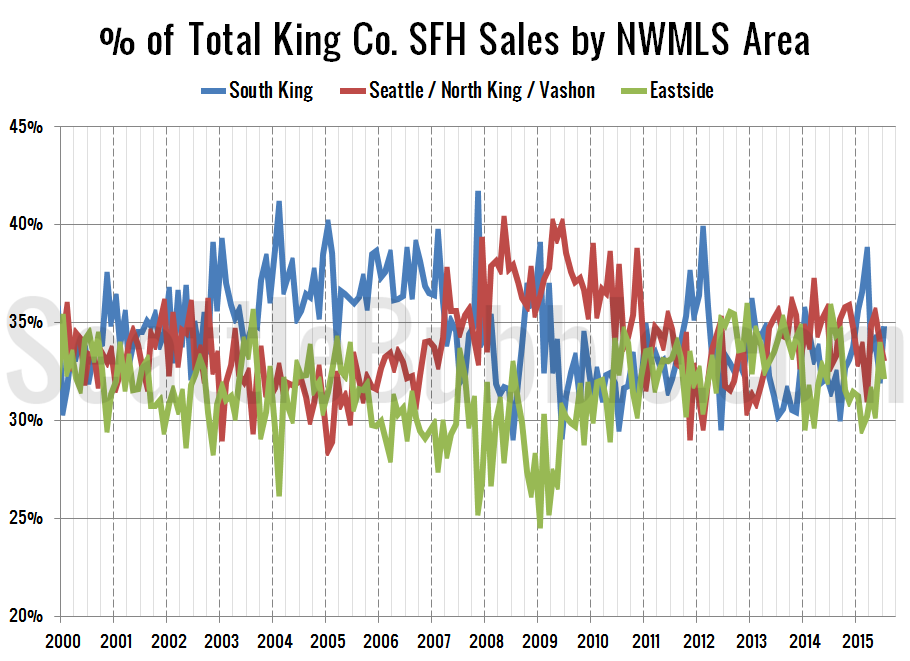 Price-wise, things seem to have cooled down slightly in July, with fewer than half of the NWMLS-defined neighborhoods seeing a month-over-month increase in their respective median price. Sales in the more expensive regions also slowed down, but the increase in cheap regions seems to indicate that demand isn’t starting to dry up just yet. It will be interesting to see if any of these softening signs continue in the next few months.