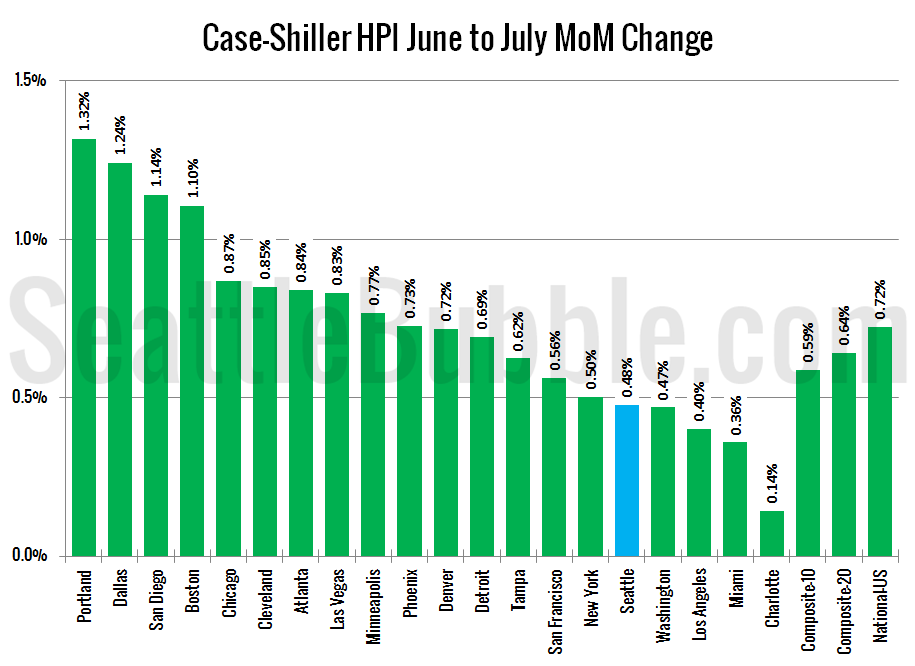 Let’s have a look at the latest data from the Case-Shiller Home Price Index. According to July data, Seattle-area home prices were:

Last year at this time prices rose 0.5% month-over-month and year-over-year prices were up 7.1%.

The Seattle area’s month-over-month home price changes shrank slightly again June to July, while the year-over-year change is still holding steady at pretty much exactly where it’s been since March.

Seattle’s position for month-over-month changes fell from #9 in June to #16 in July.

In July, four of the twenty Case-Shiller-tracked cities gained more year-over-year than Seattle (one fewer than in June): 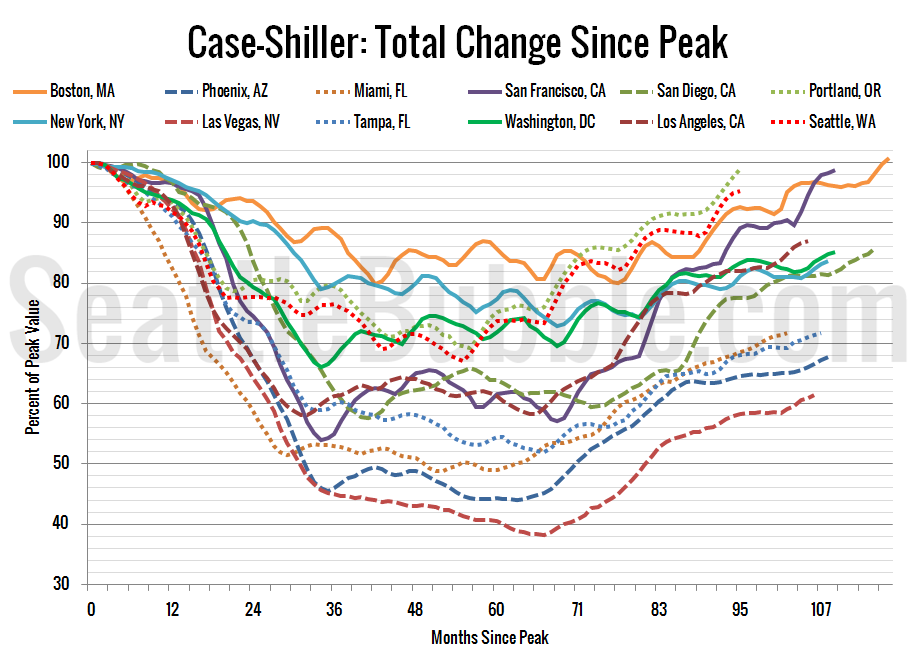 In the ninety-six months since the price peak in Seattle prices are down 4.7%.

Lastly, let’s see what month in the past Seattle’s current prices most compare to. As of July 2015, Seattle prices are approximately where they were in September 2006. 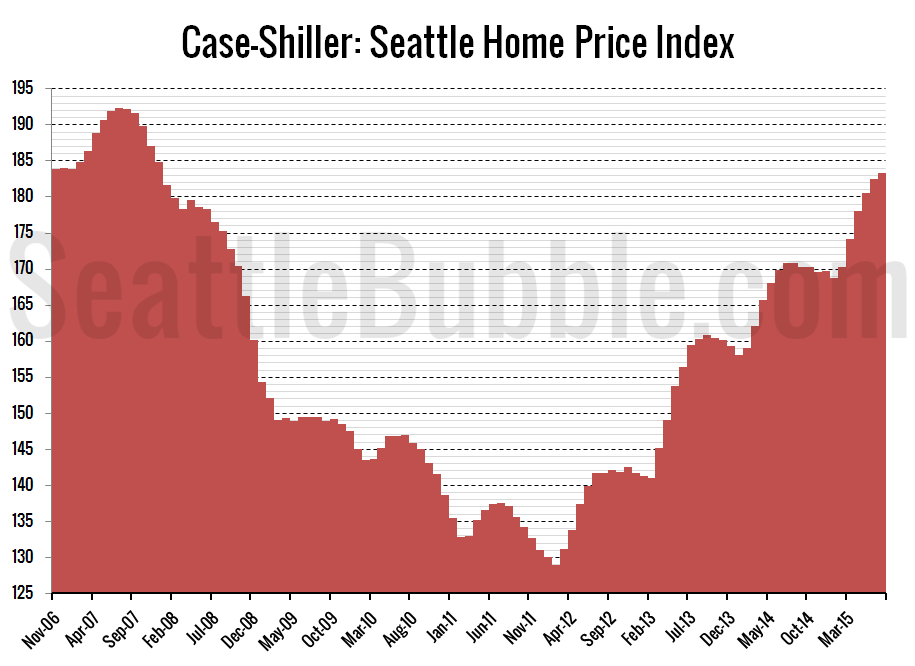