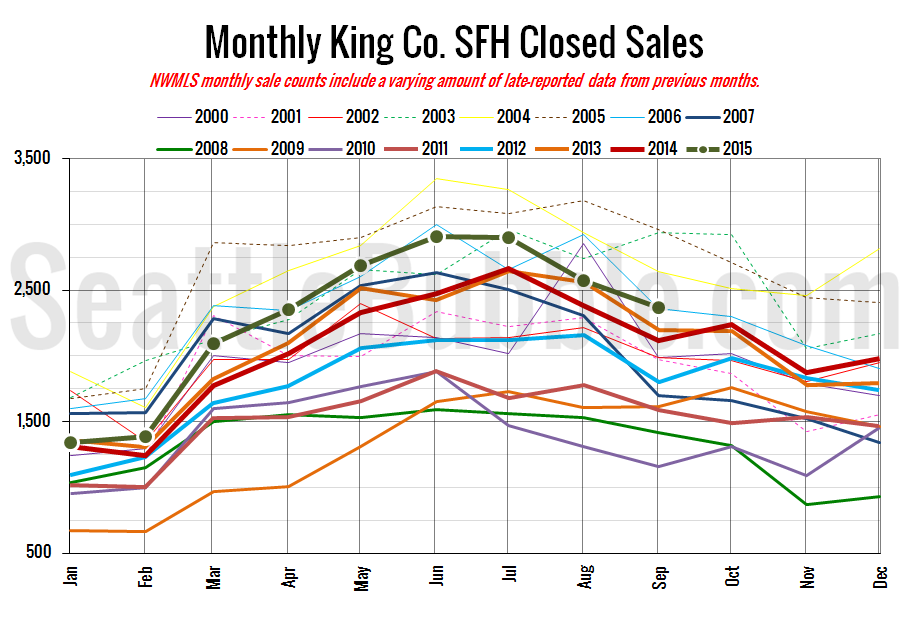 September market stats were published by the NWMLS today. Before we get into our monthly stats, here’s a quick look at their press release.

Scarce inventory, new rules for mortgage closings and affordability concerns will likely slow home sales around Western Washington during the remaining months of 2015 and into early 2016, according to spokespersons from Northwest Multiple Listing Service.

It’s very interesting to see home salespeople actually warning about a housing market slowdown. Apparently they learned at least something from the 2000s bubble and subsequent bust.

With record-low inventory and one of the strongest years for closed sales, it’s frankly shocking that prices are “only” up 6.6 percent from a year ago. I think we may be at some kind of saturation point with respect to home prices. Since we don’t have ridiculous financing (e.g. 80/20, NINJA, negative-amorization, interest-only, etc.), home prices this time around are limited by what people can actually afford to pay.

Closed sales fell 8 percent from August to September. Last year they fell about 11 percent over the same period. The prior ten years (2004-2013) saw an average 12 percent decline in closed sales between August and September, so this year’s slowdown is slightly slower than typical. Meanwhile year-over-year closed sales increased slightly to the highest level in the last three months. 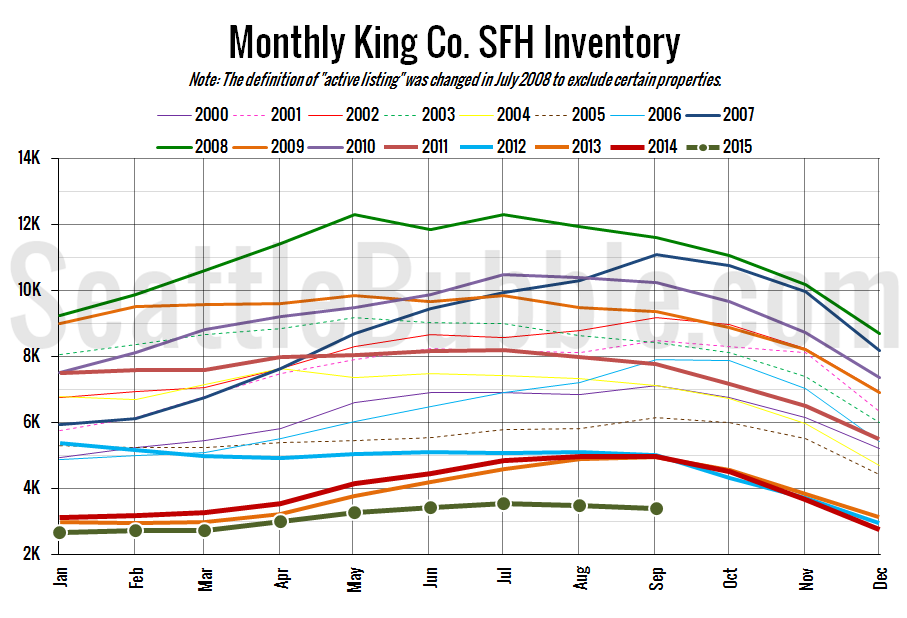 Inventory fell again from August to September, while the year-over-year number fell further into the red. 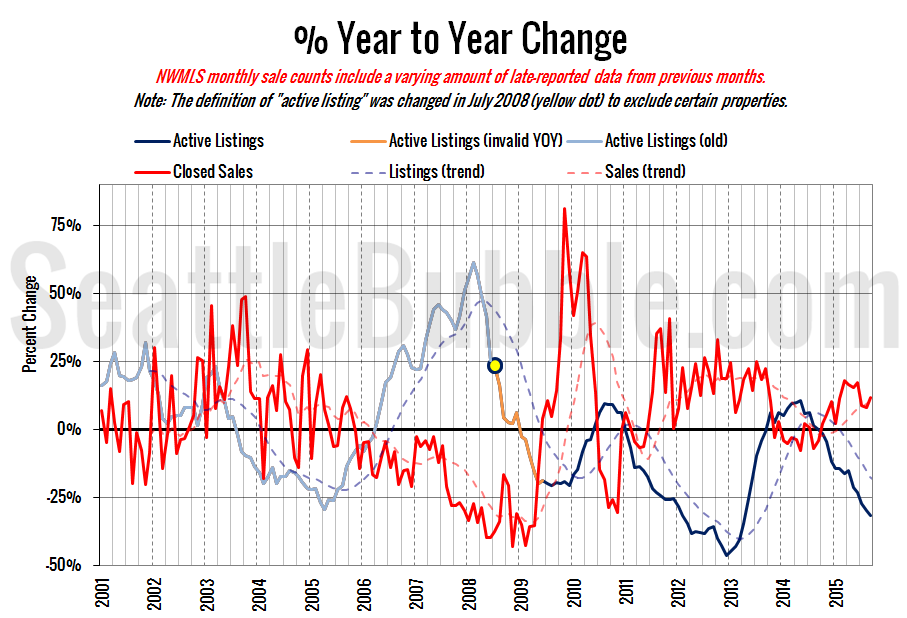 Everything in this chart is still in sellers’ favor, and both lines moved even further into sellers’ market territory in September. 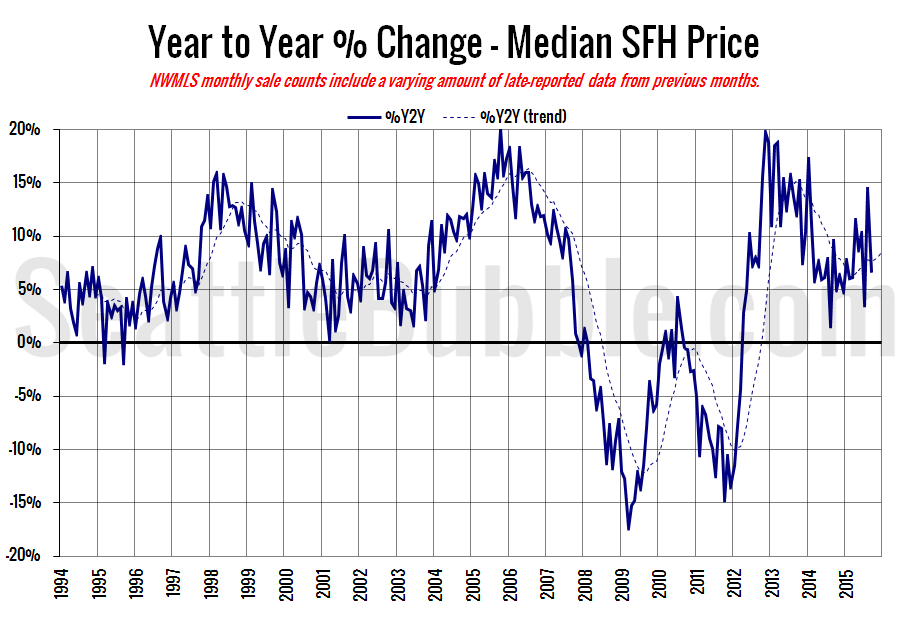 Another big swing in this chart from +14.4 percent in August to +6.6 percent in September. 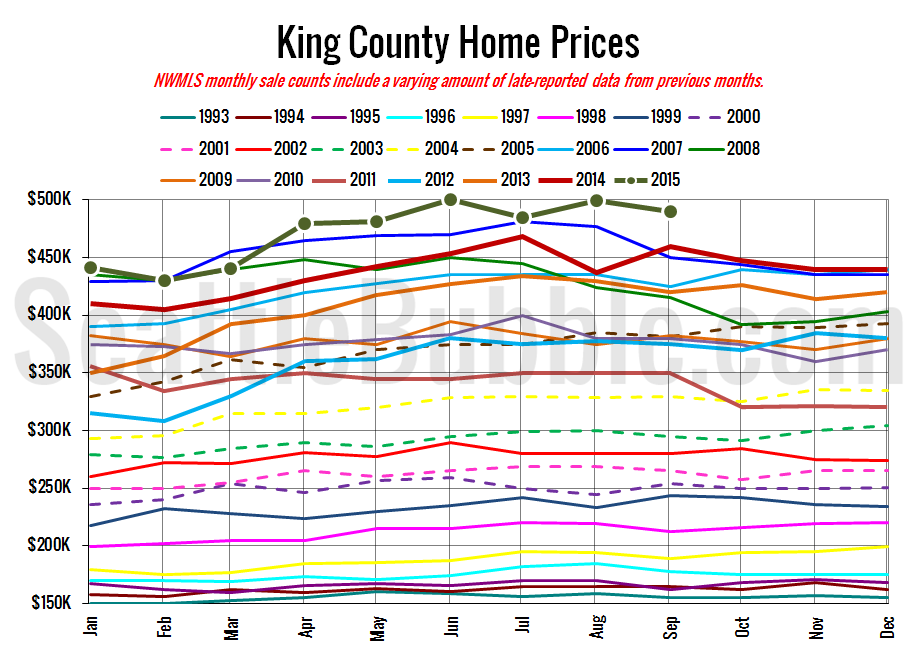