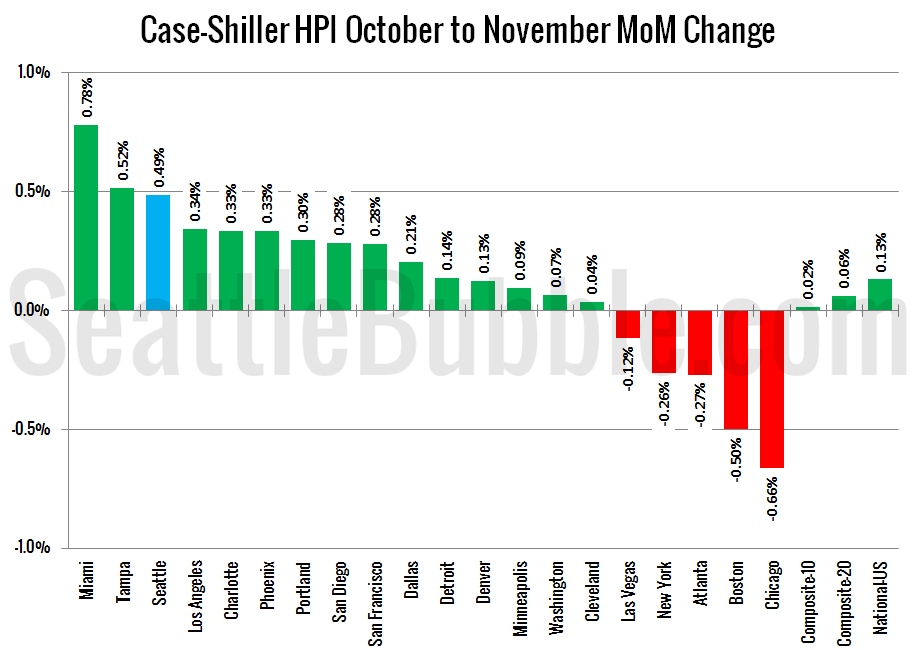 Over the same period in 2014 prices were down 0.3 percent month-over-month and year-over-year prices were up 5.9 percent.

The Seattle area’s month-over-month home price change was positive in November, which isn’t unheard of for this time of year, but is fairly strong. The last time October to November saw a bigger gain than this was 2005. With these continued gains, the year-over-year price change has now risen to a ninteen-month high.

Seattle’s rank for month-over-month changes rose from #6 in October to #3 in November. 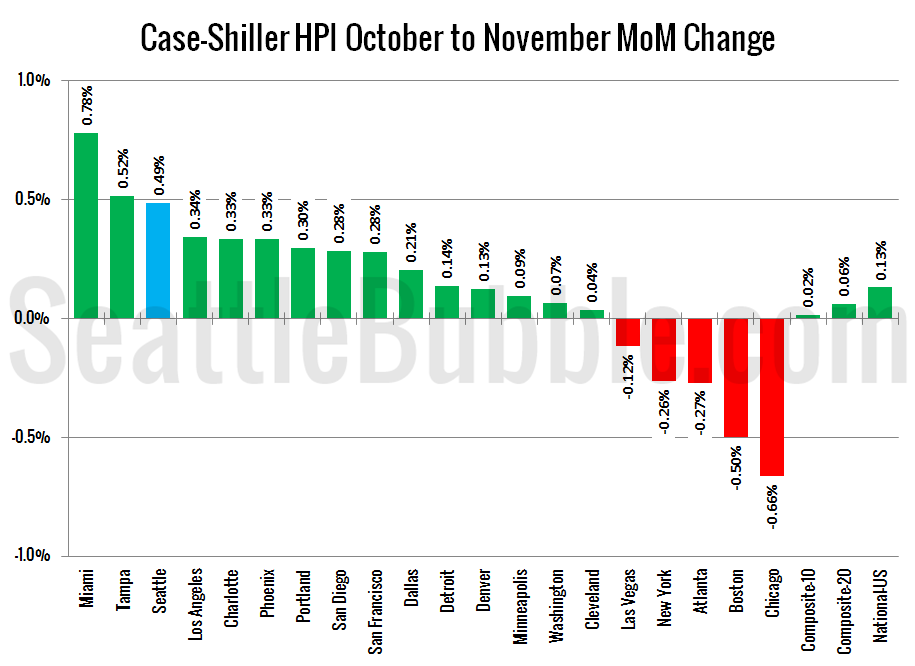 In November, just three of the twenty Case-Shiller-tracked cities gained more year-over-year than Seattle (one fewer than in October): 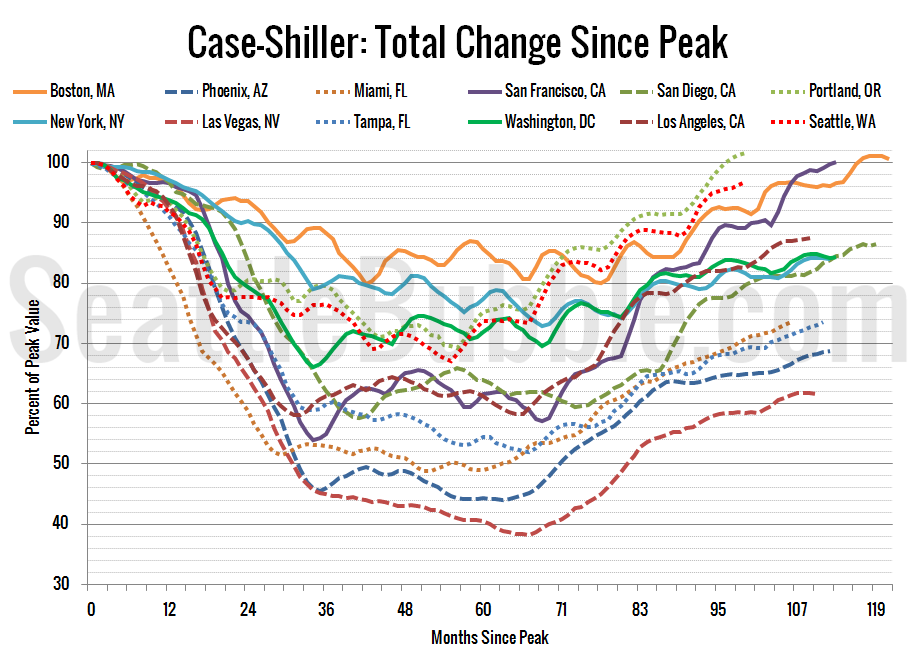 In the one hundred months since the price peak in Seattle prices are down 3.2 percent.

Lastly, let’s see what month in the past Seattle’s current prices most compare to. As of November 2015, Seattle prices are approximately where they were in March 2007. 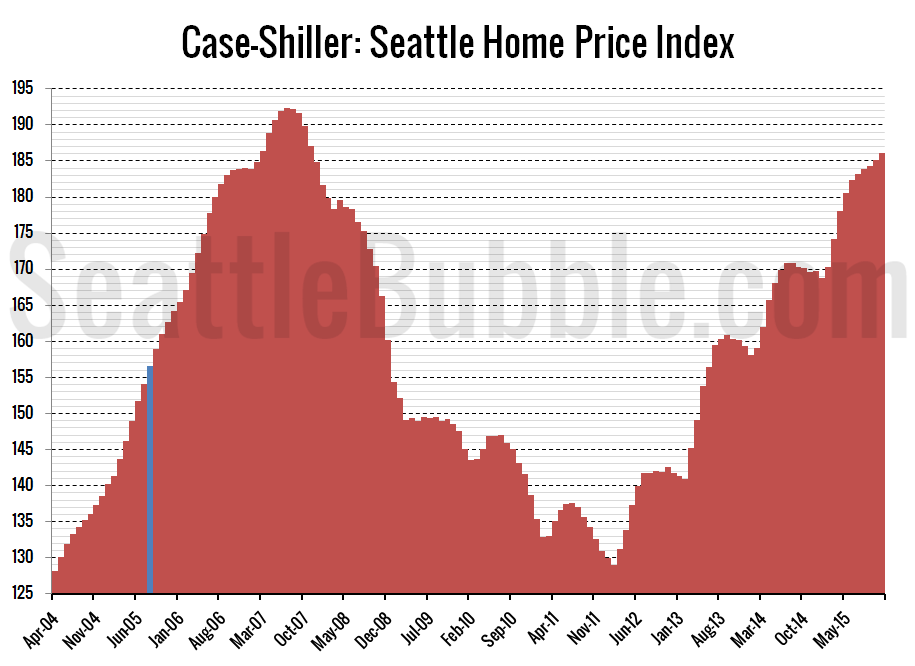