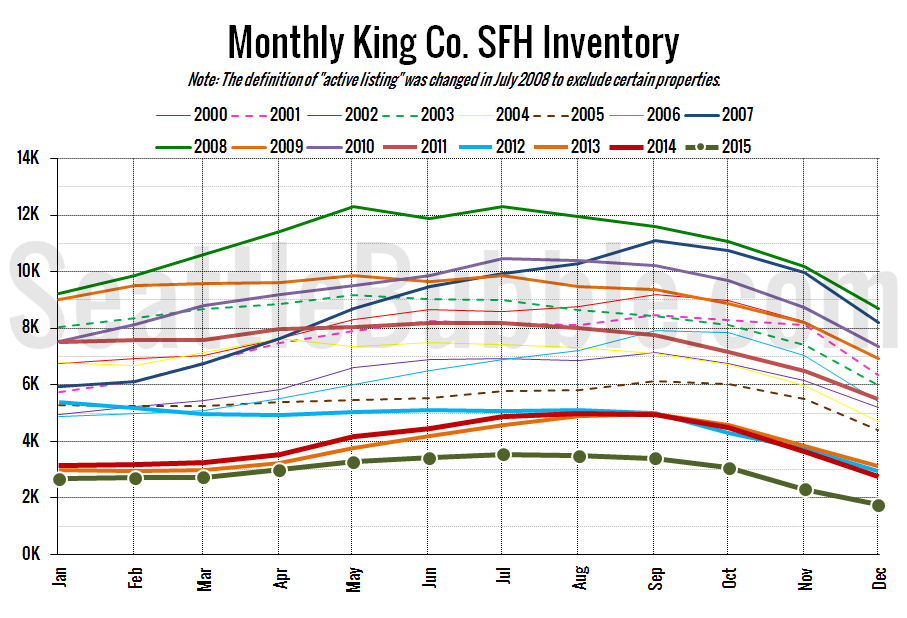 December market stats were published by the NWMLS yesterday. Before we get into our monthly stats, here’s a quick look at their press release.

Puget Sound area home sales, prices still strong
Home prices have “clearly recovered” in King County and a few other areas served by Northwest Multiple Listing Service. Many member-brokers say prices are likely to keep rising as a backlog of buyers competes for depleted inventory.
…
The price of a single family home (excluding condos) that sold in King County during December jumped nearly 15.5 percent, from $440,000 to $508,000, prompting OB Jacobi, president of Windermere Real Estate to comment, “If December told us one thing, it’s that home prices have clearly recovered in King County. Last month the median price for single family homes broke the pre-recession record of $481,000 that was set in July 2007.”

He knows that it is the only reason because he personally interviewed each and every potential homebuyer who backed out of the market. One hundred percent of them cited inventory. Certainly nobody was concerned about prices rising too quickly or the potential that we are in another housing bubble, fueled by an overheated tech industry. 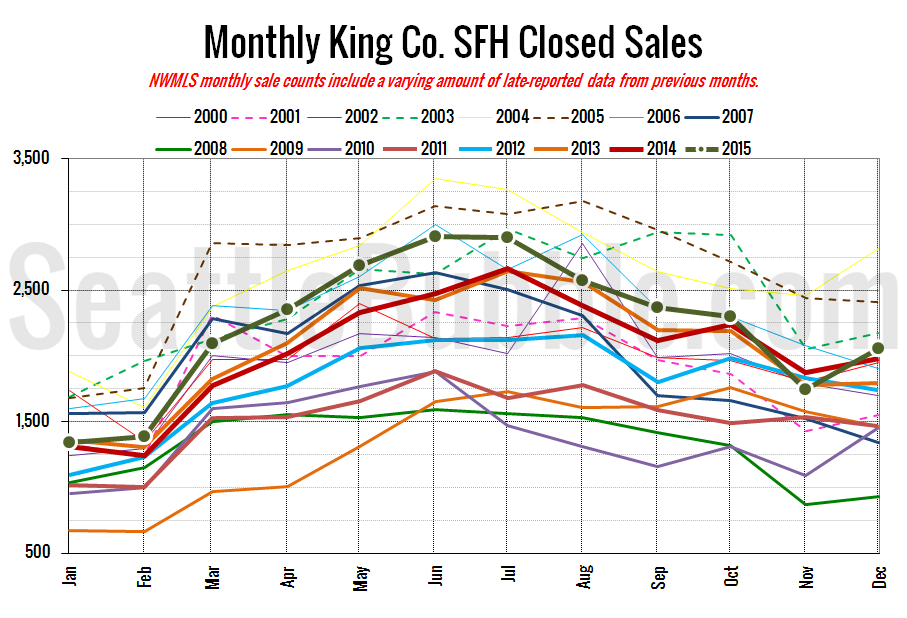 Closed sales rose 18 percent from November to December. Last year they rose 6 percent over the same period. Meanwhile year-over-year closed sales bumped back from negative territory in November to a small gain of 4 percent in December.

Inventory fell dramatically yet again from November to December, with the year-over-year decline sticking in the mid-30% range it has been in for the last few months. December inventory came in at 1,764—the first time it has ever dropped below 2,000 or even below 2,300. The only good(ish) news for buyers is that presumably we can’t possibly get much lower than we are right now. 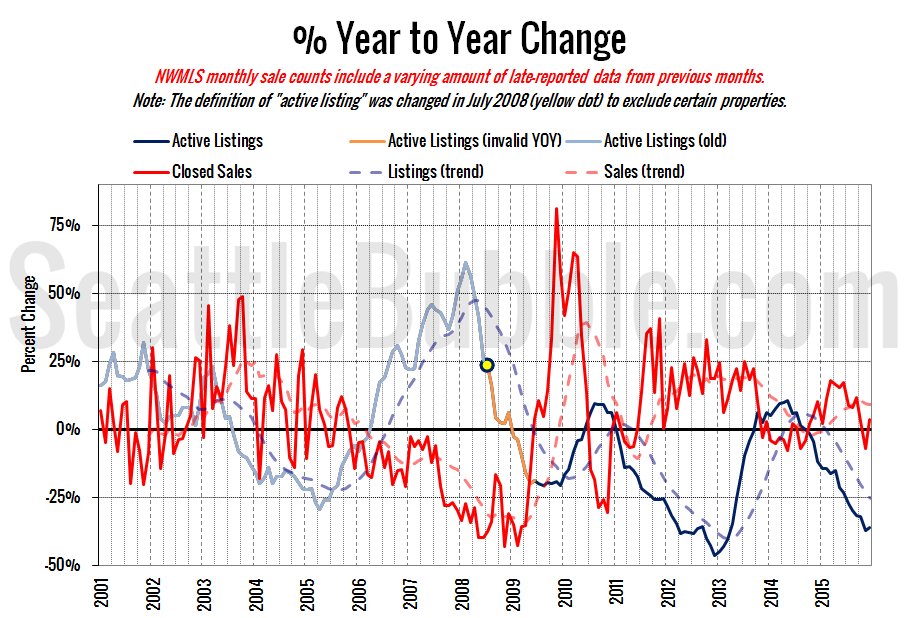 After moving back to the buyer’s side of the chart last month, the red demand line went back into positive territory again in December. The blue supply line still shows no signs of moving toward back toward balance. 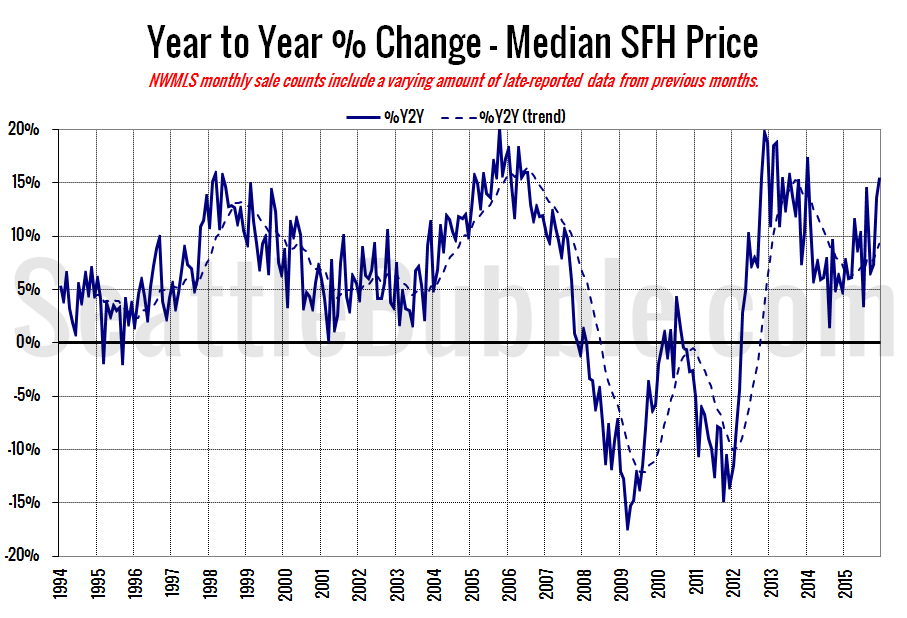 Year-over-year price growth increased again from +13.6 percent in November to +15.5 percent in December. 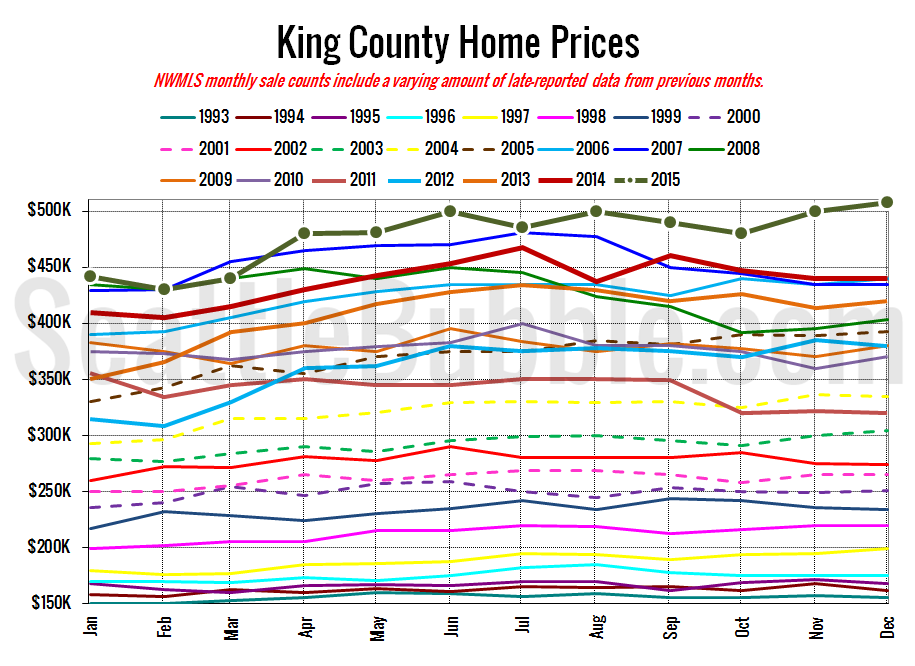