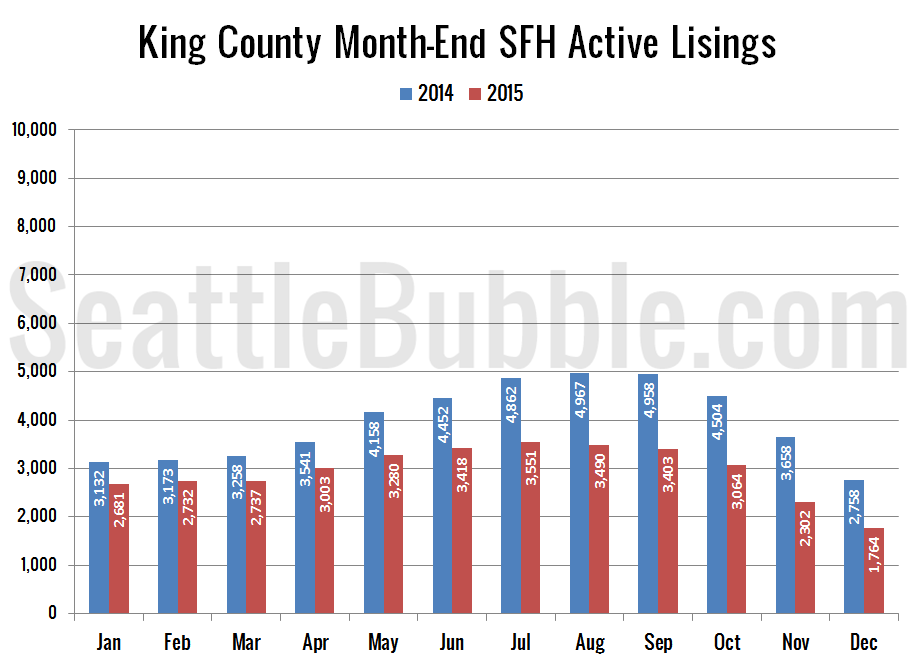 I hope everyone had a great Christmas and New Year’s. I apologize for the extended, unannounced absence. I was out of town for a couple of weeks spending time with family and on the road, and did not have a lot of time available to get online. But now I’m back and back on a normal schedule, so let’s get back into the swing of things!

Now that the last month of 2015 is behind us, let’s have a look at our monthly stats preview. First up, here’s the snapshot of all the data as far back as my historical information goes, with the latest, high, and low values highlighted for each series: 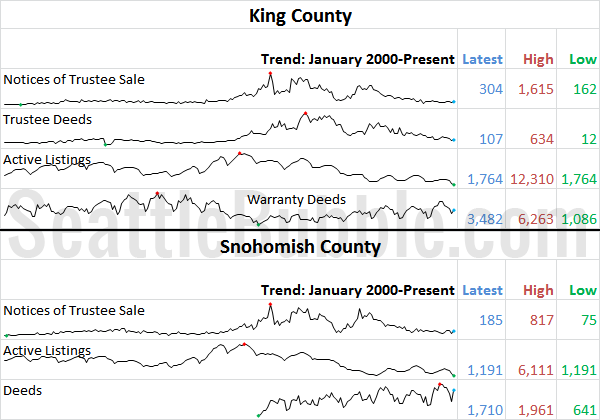 Sales actually rose in both counties month-over-month, as inventory fell to new all-time lows. Foreclosure notices are near their low points, and inched up from November in both counties. 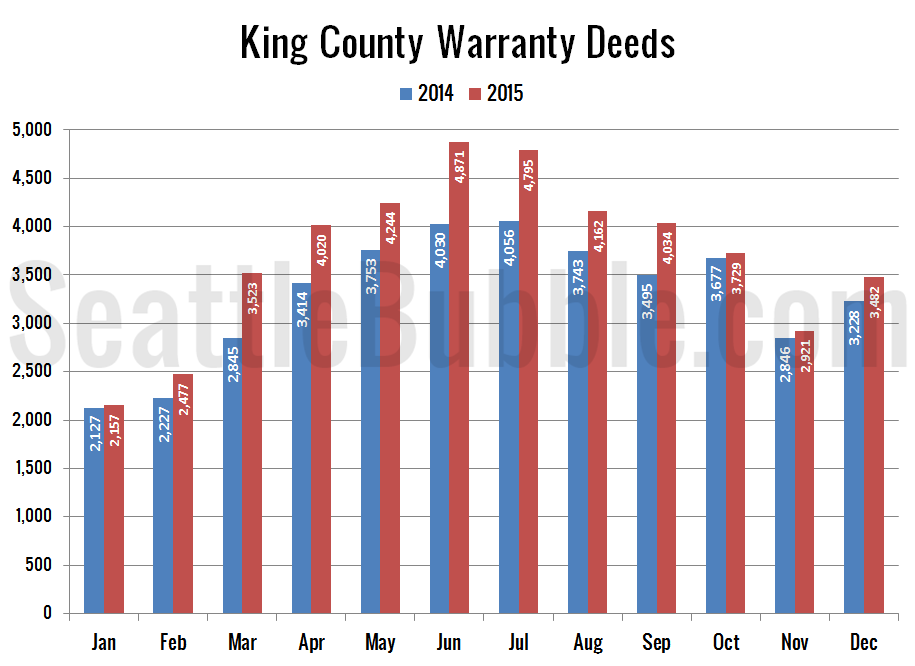 Sales in King County increased 19 percent between November and December (in 2014 they rose 13 percent over the same period), and were up 8 percent year-over-year. 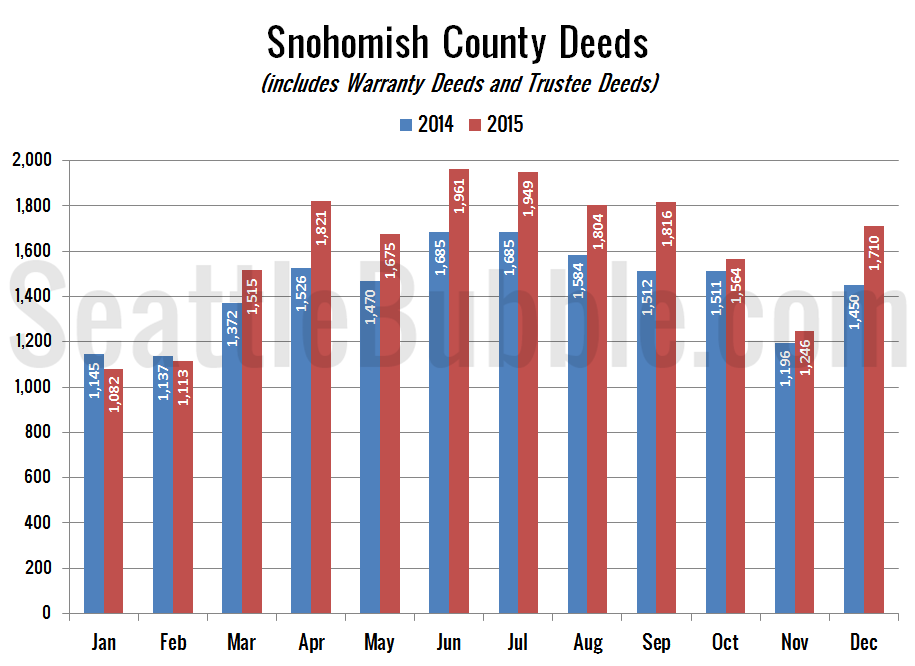 Deeds in Snohomish increased 37 percent month-over-month (vs. a 21 percent increase in the same period last year) and were up 18 percent from December 2014. 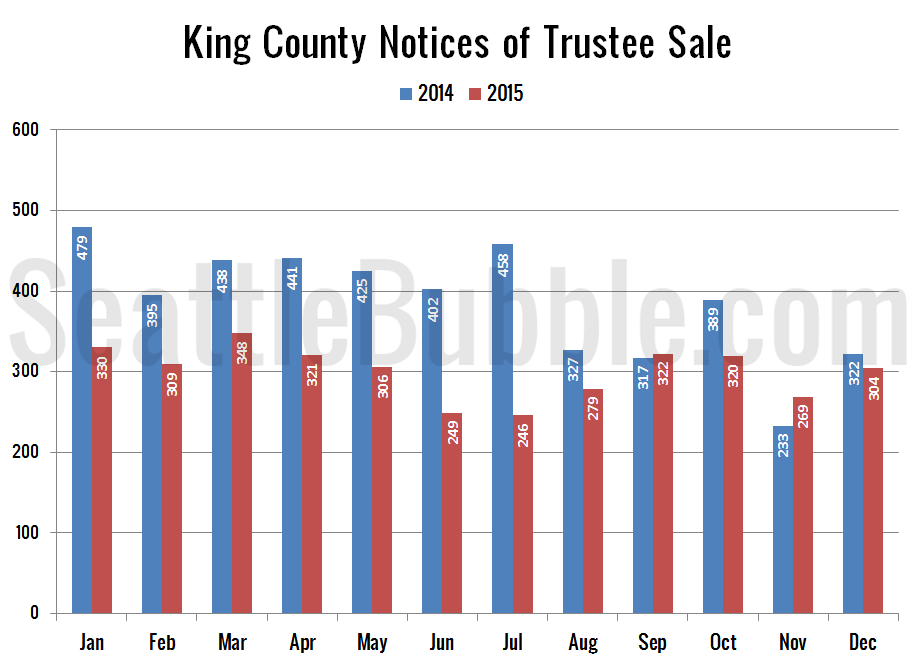 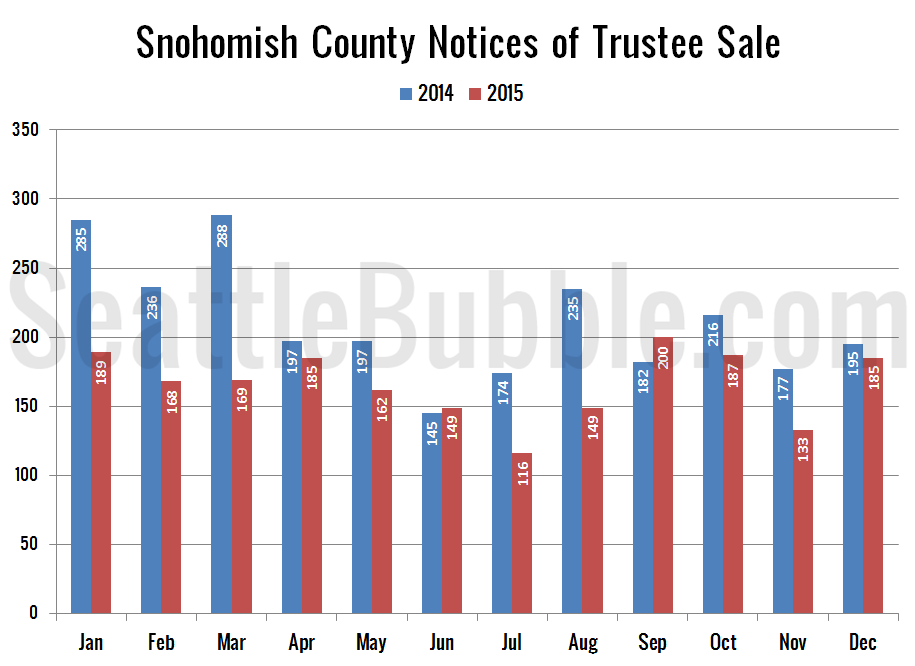 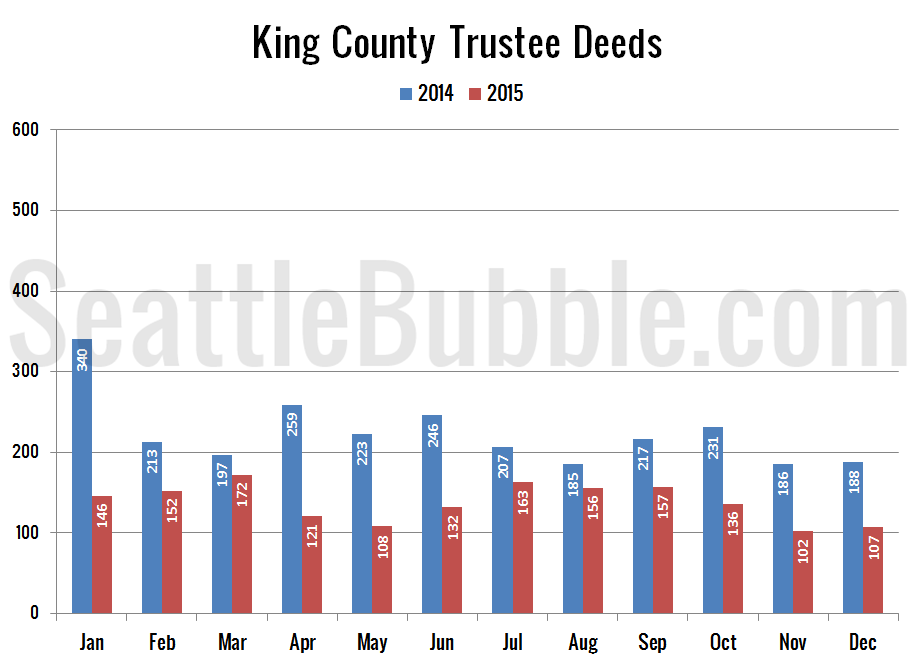 Trustee Deeds were down 43 percent from a year ago, and up just a bit from a month ago. 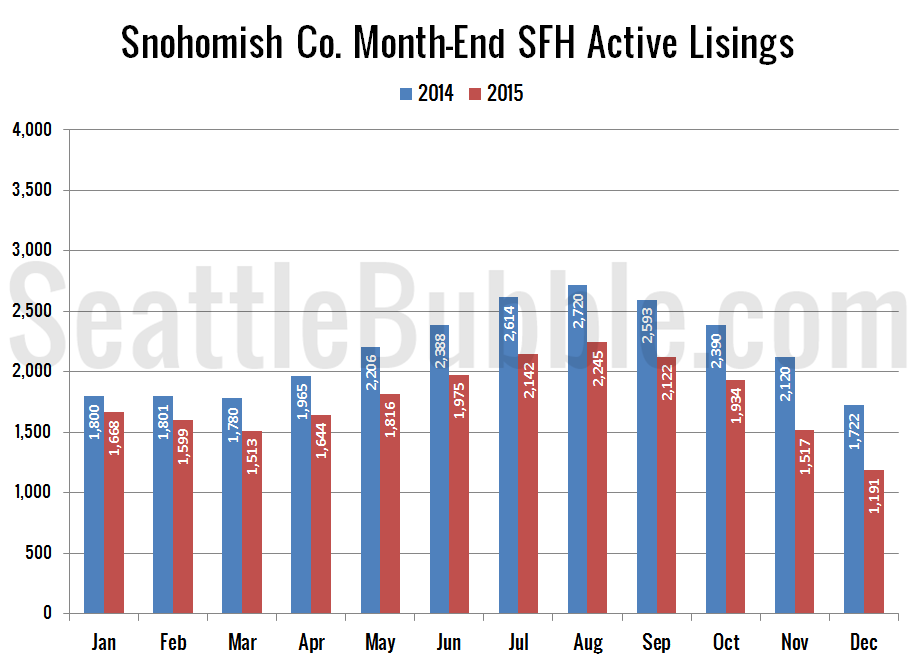 Inventory fell dramatically again in both counties month-over-month, and both counties set a new all-time low point for standing inventory. King was down 36 percent from a year ago while Snohomish was down 31 percent.