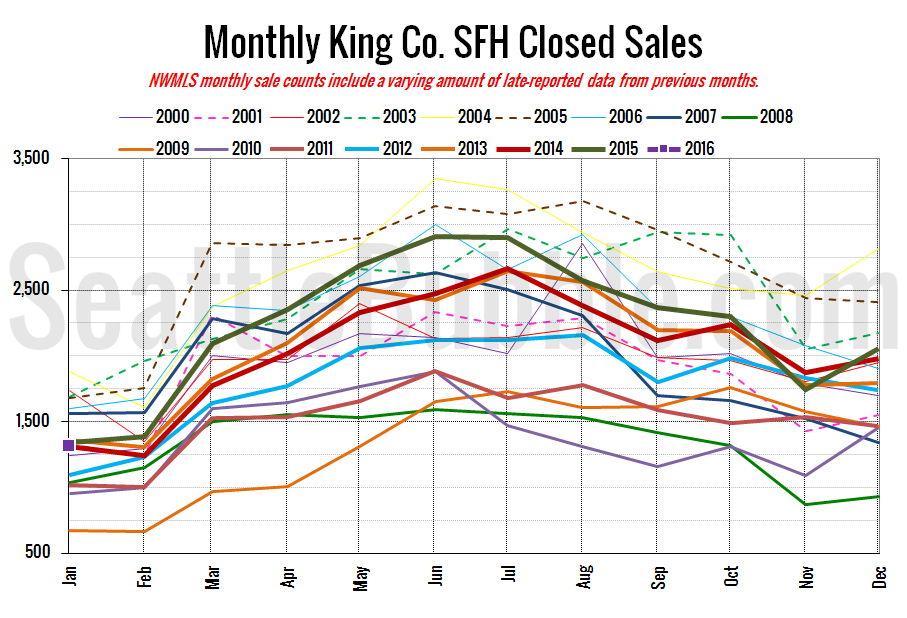 January market stats were published by the NWMLS yesterday. Before we get into our monthly stats, here’s a quick look at their press release.

Lack of inventory “a game changer” for home buyers
Depleted inventory is contributing to “overwhelming” traffic at open houses, shifts in strategies for both buyers and sellers, and escalating prices, according to officials with the Northwest Multiple Listing Service.

Dick Beeson, a former chairman of the MLS board, said the lack of inventory in almost every county is, “without question, a 2016 game changer.”

We have been in an extremely low-inventory market for going on three years now. How is a continuation of a years-long trend “a game changer”? Ridiculous hyperbole.

After setting new all-time low inventory levels in November and December, we actually saw a decent increase in January. Last month was still the lowest inventory level ever seen in a January, but at least unlike last year, we did see an uptick from December.

Closed sales fell off dramatically from the month earlier, and notched their second year-over-year decline in the last three months. Interestingly the December to January dropoff in closed sales was the largest month-over-month decrease we have seen in this statistics since January 2005. Meanwhile, the 15 percent year-over-year decline in pending sales is the largest dropoff we have seen since April 2011.

There was definitely a softening in the sales stats in January. It will be interesting to see if it is a blip or the start of a trend. 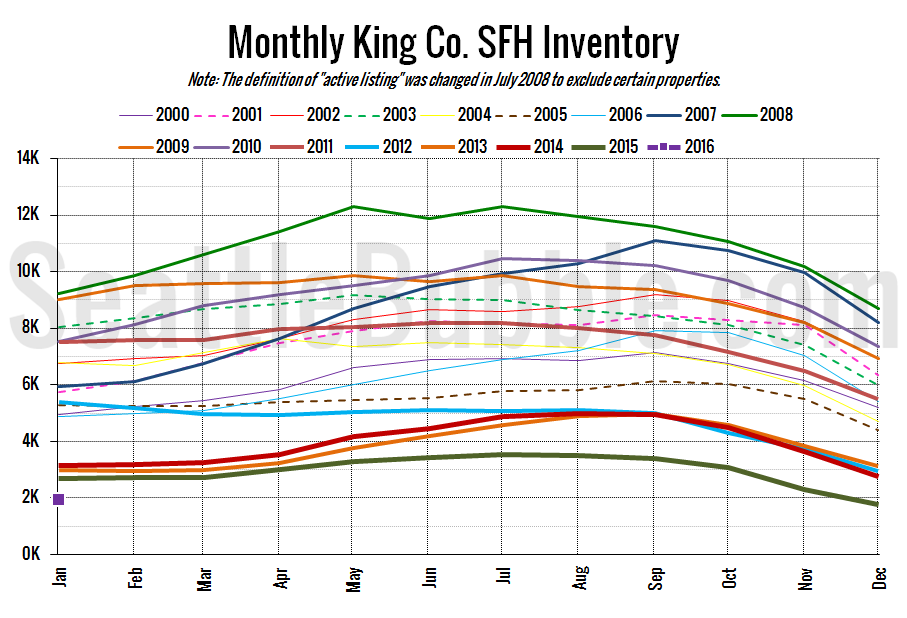 Total inventory is at its lowest January level by a longshot. New listings are also still depressed, so it’s doubtful we’ll see this number climb much in the next few months unless the January slowdown in sales picks up steam over the next few months. 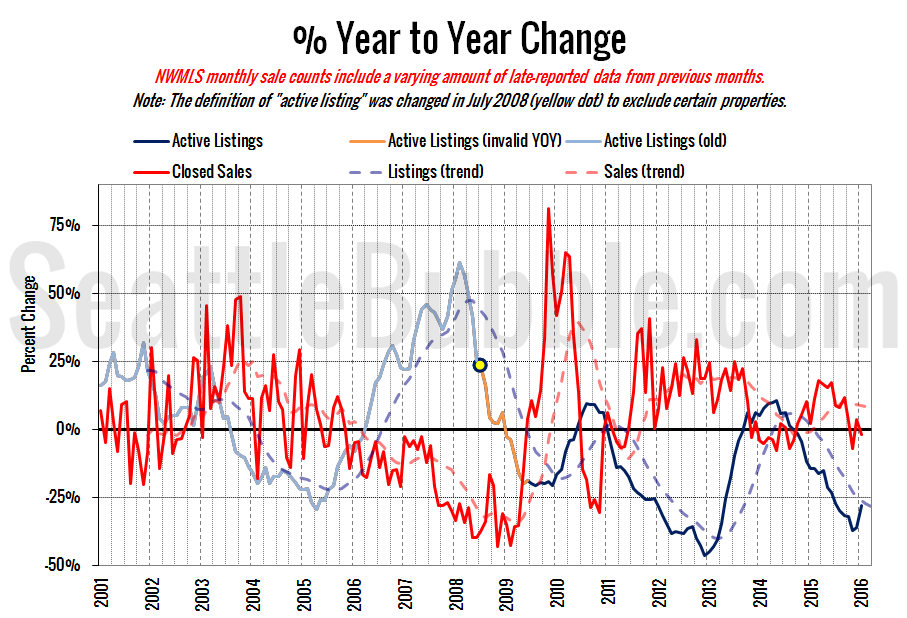 The red demand line went back into buyer’s territory again in January. The blue supply line is still deep in seller’s market territory, but the 8.2-point increase from December to January was the largest bump since May 2013. 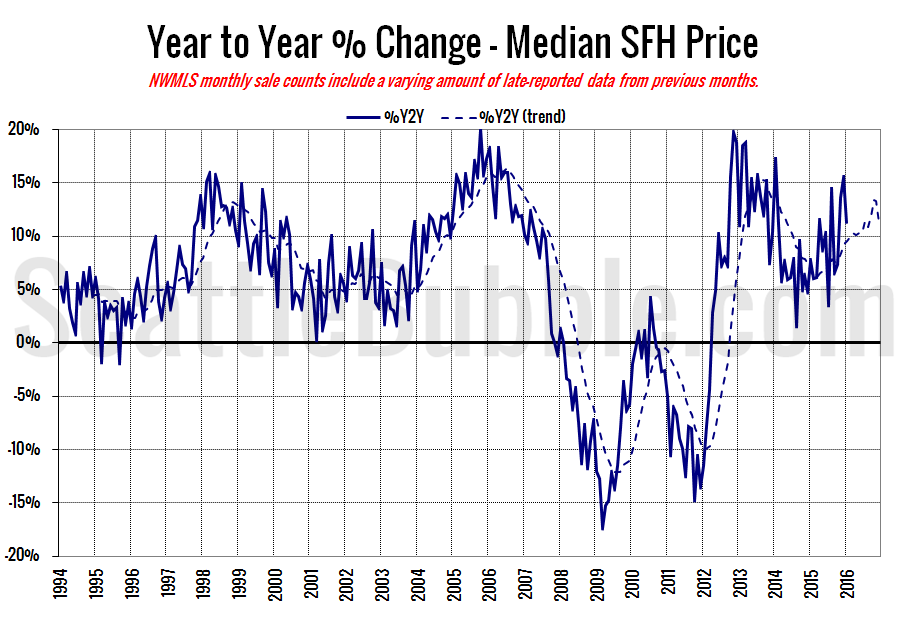 Year-over-year price growth decreased from +15.5 percent in December to +11.2 percent in January. 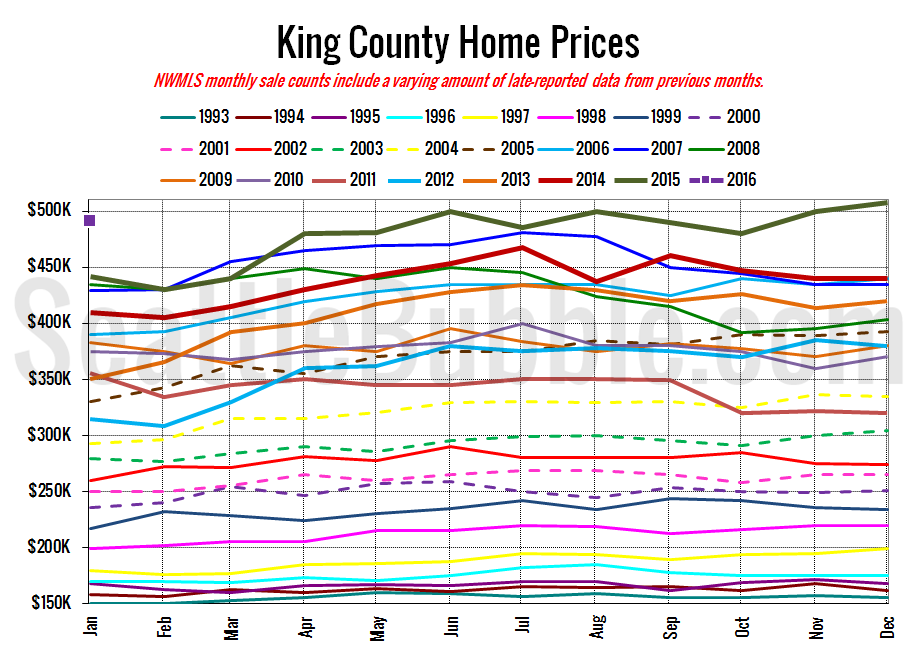