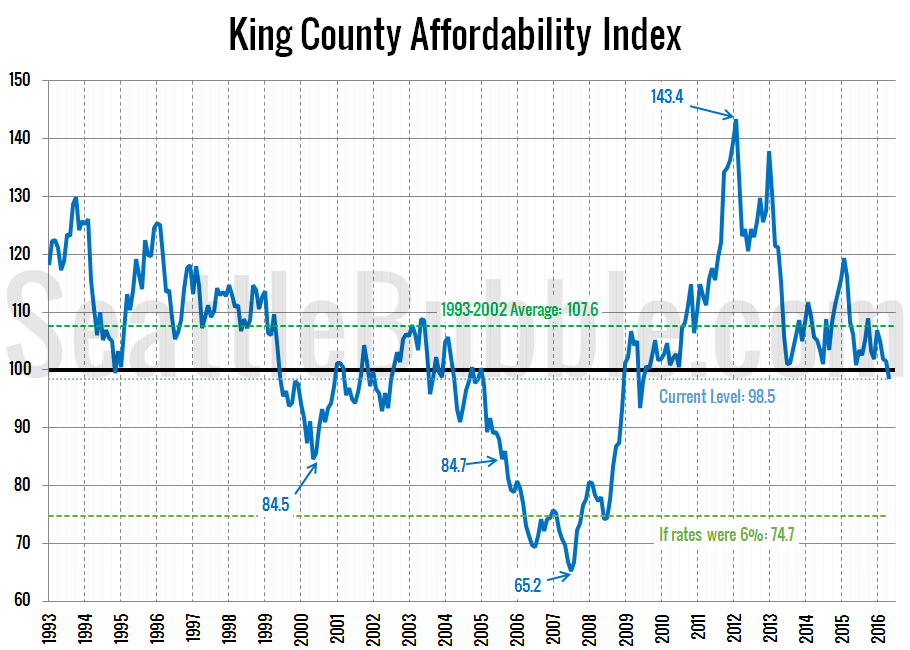 You can get access to the spreadsheets used to make the charts in this and other posts by becoming a member of Seattle Bubble.

It was recently requested that I take a refreshed look at the affordability stats, so here’s an updated look at our affordability index charts for the counties around Puget Sound.

As of May, affordability is still not great for home buyers, but it would be much, much worse if not for the current absurdly low interest rates.

Median home prices have surged this spring (as is typical for this time of year), while interest rates are near the record-low levels they hit in late 2012. The affordability index for King County currently sits at 98.5. An index level above 100 indicates that the monthly payment on a median-priced home costs less than 30% of the median household income. 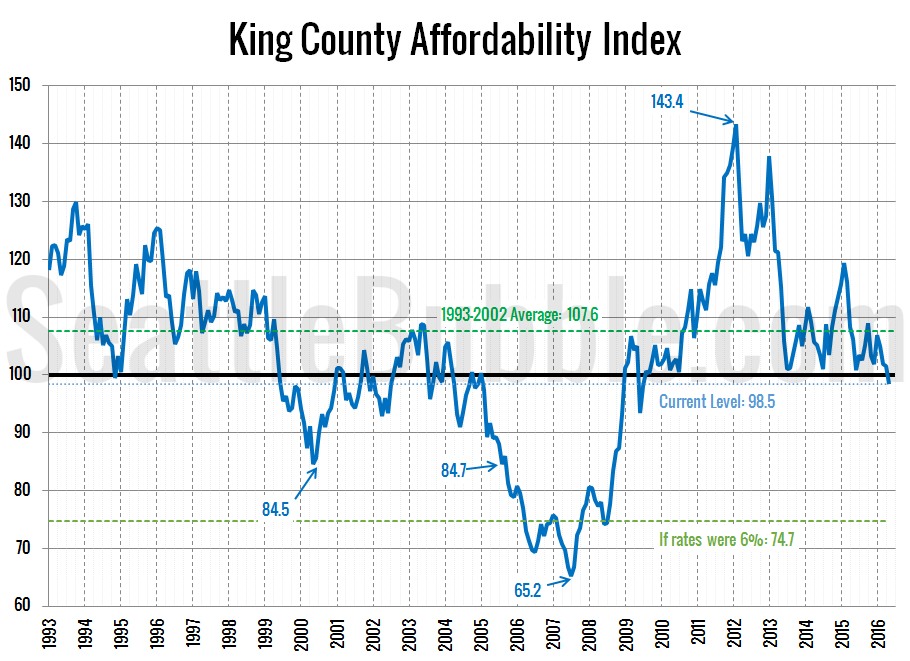 I’ve marked where affordability would be if interest rates were at a slightly more sane level of 6 percent—74.7, which is worse than any point outside of early 2006 through late 2007.

If rates went up to a more historically “normal” level of 8 percent (the average rate through the ’90s), the affordability index would be at 61.0—even lower than the level it dropped to at the peak of the previous housing bubble in 2007.

So basically, were it not for stupidly-low interest rates, we would be in extreme housing bubble territory right now. 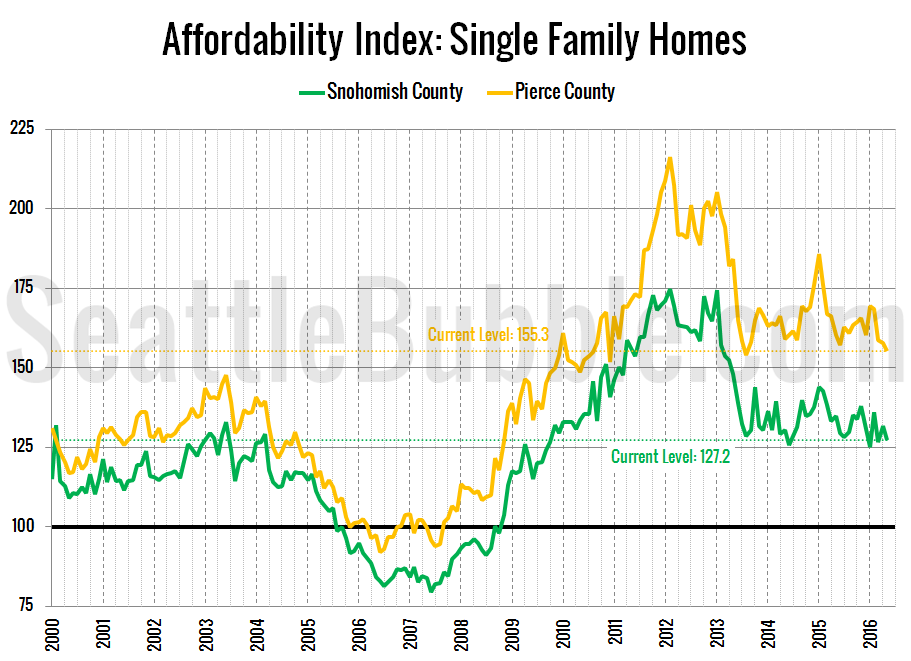 The affordability index in Snohomish currently sits at 127.2, while Pierce County is at 155.3. 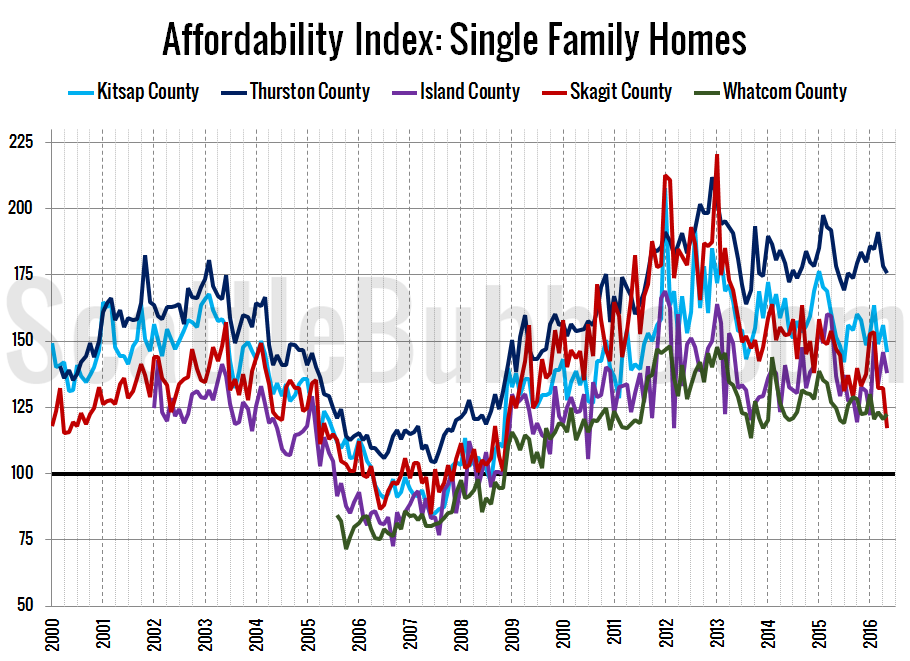