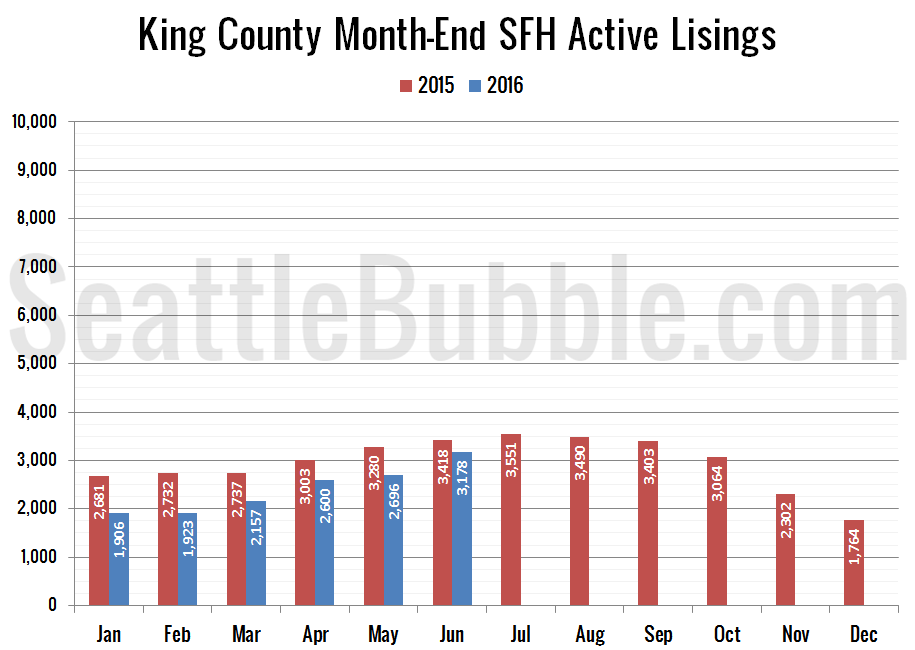 Now that June is behind us, let’s have our first look at how the month’s real estate stats stack up. First up, here’s the snapshot of all the data as far back as my historical information goes, with the latest, high, and low values highlighted for each series: 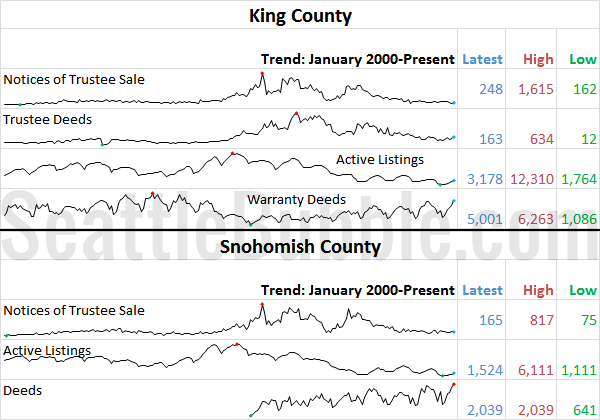 June was a mixed bag. Sales hit their highest level since 2007 in King County and a new all-time high in Snohomish County. Despite this, active listings saw unusually large month-over-month increases in both counties. Foreclosures are still at or near lows. 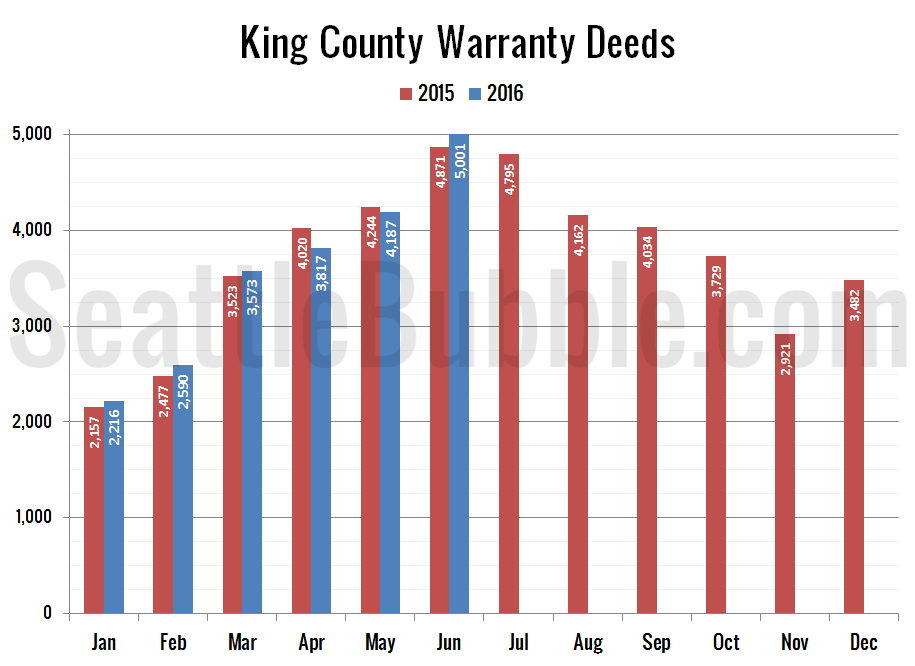 Sales in King County increased 19 percent between May and June (a year ago they rose 15 percent over the same period), and were up 3 percent year-over-year. Warranty deeds broke the 5,000 marke for the first time since June 2007. 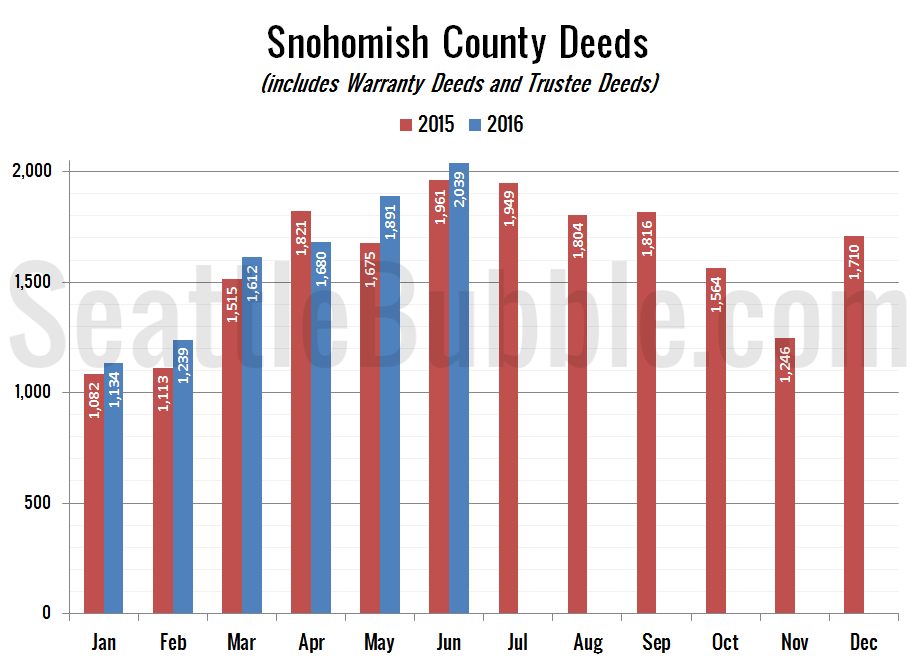 Deeds in Snohomish rose 8 percent month-over-month (vs. a 17 percent increase in the same period last year) and were up 4 percent from May 2015. June’s level of 2,039 sales was the highest on record. 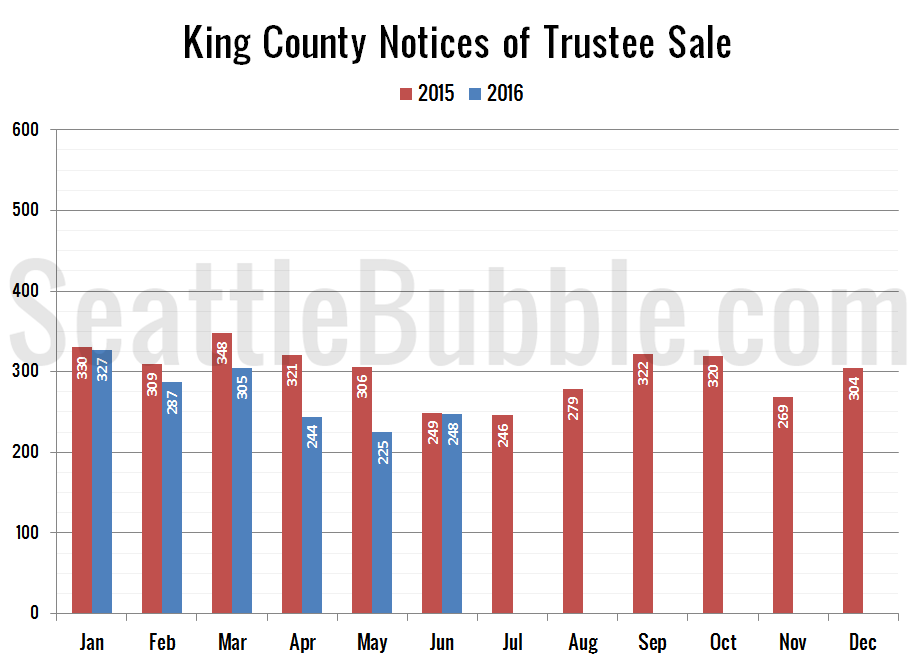 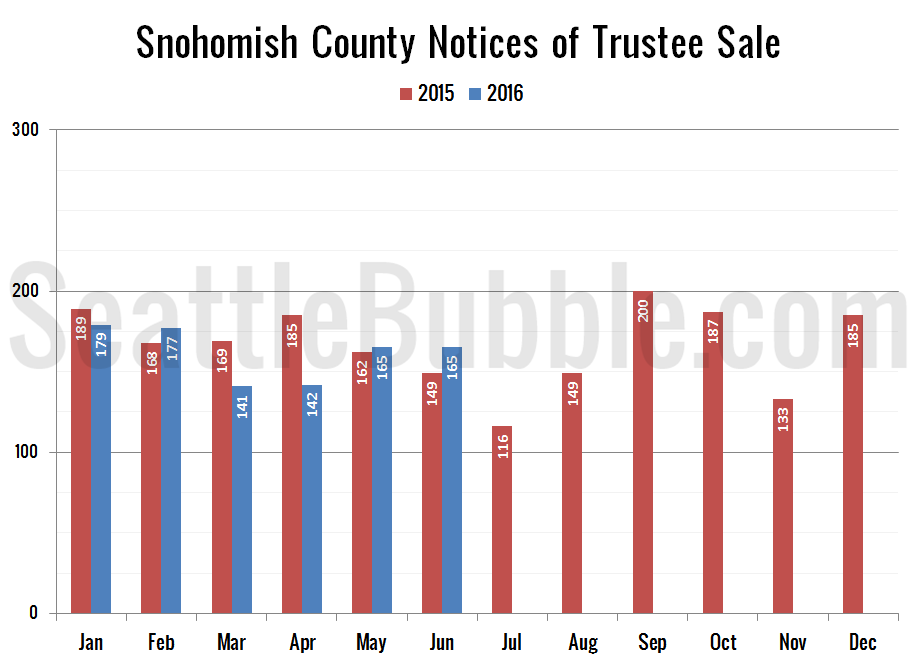 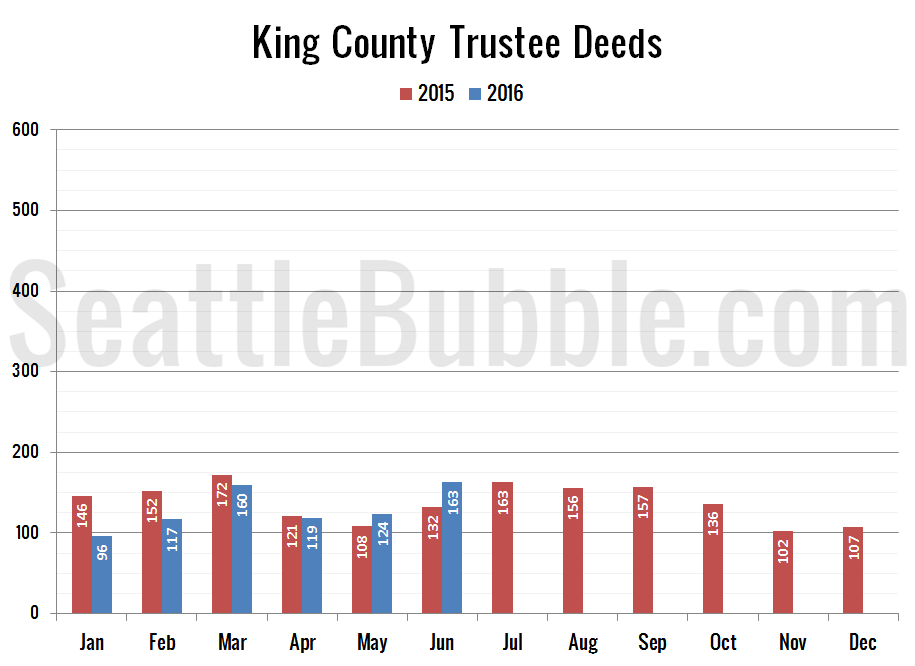 Trustee Deeds were up 23 percent from a year ago. 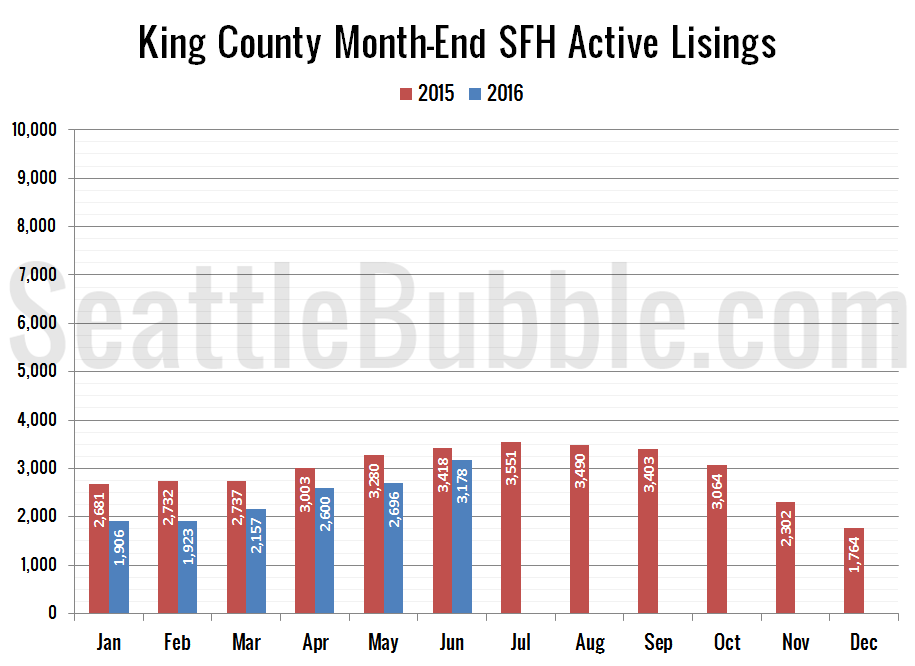 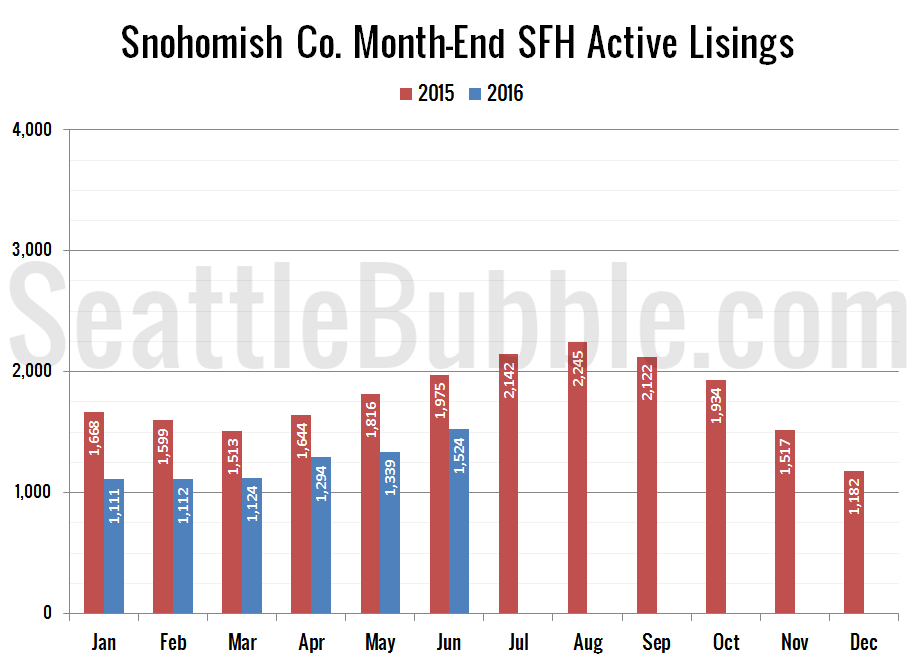 Between 2000 and 2015, active listings increased an average of 3.4 percent between May and June in both King and Snohomish counties. This year over the same period there was a 17.9 percent increase in King County and a 13.8 percent increase in Snohomish County. The surge still was not enough to bring us into positive year-over-year territory, but it is definitely unexpected with sales as strong as they are.