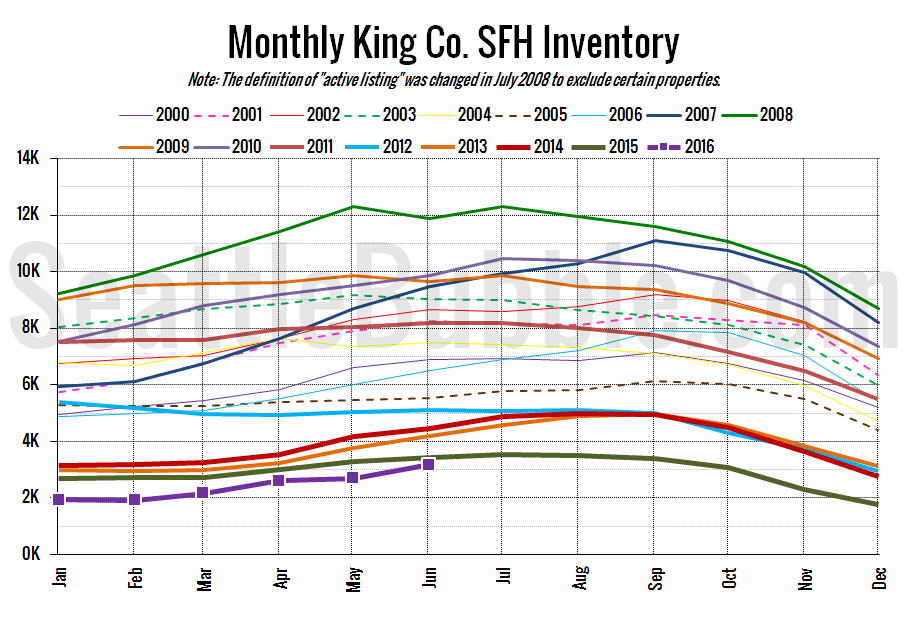 June market stats were published by the NWMLS this morning. The NWMLS press release hasn’t been posted yet, so we’ll cover that tomorrow. On with the stats!

It’s still a bit early to say that we’re turning a corner, but while the overall level of inventory is still at all-time lows for this time of year, the rate of year-over-year change has been getting slightly better every month since December. Year-over-year inventory bottomed out at -37 percent in November of last year, and has been steadily improving ever since, to -7 percent last month. If we see another month-over-month increase in listings like we saw in June (+18 percent), we’ll be back in positive year-over-year territory by the end of this month. I’m not predicting that, but it doesn’t seem entirely unlikely.

Prices kept going up, and sales have basically flattened. Right now the most interesting movement is in inventory. That’s what I’ll be keeping an eye on over the next few months as a possible leading indicator to a cooler market. 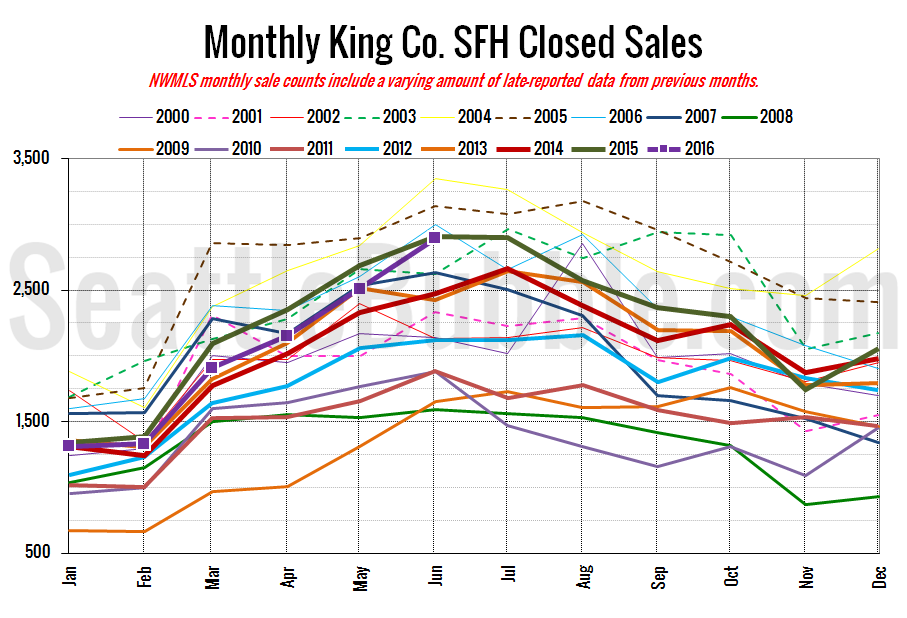 Closed sales turned in a reasonably strong gain between May and June, but were basically flat year-over-year.

Pending sales dropped off a bit in June from the all-time high they hit in May, and were also basically flat year-over-year. 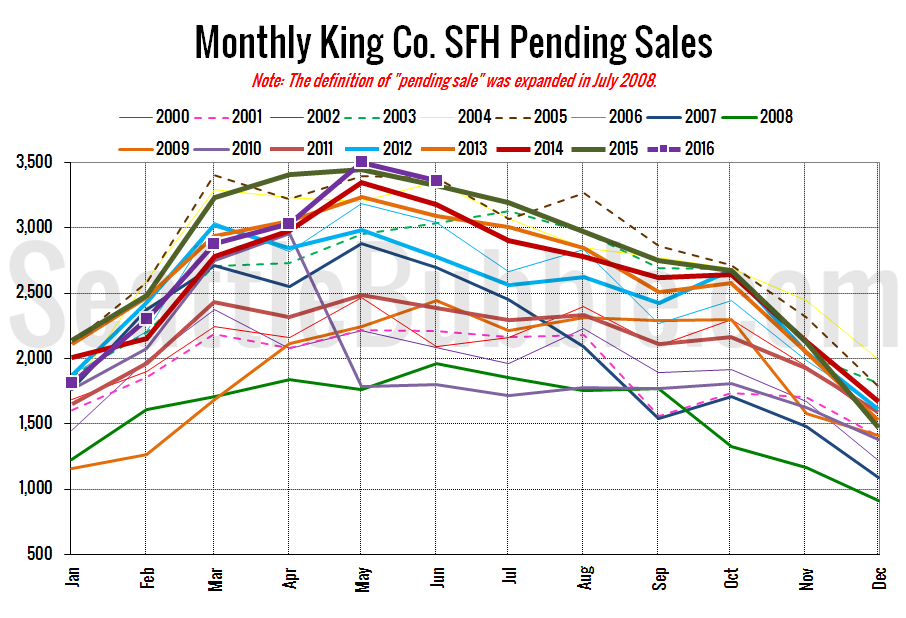 Total inventory is at its lowest June level on record, but the (sort of) good news for buyers is that the year-over-year drop in inventory was the smallest we’ve seen since November 2014. 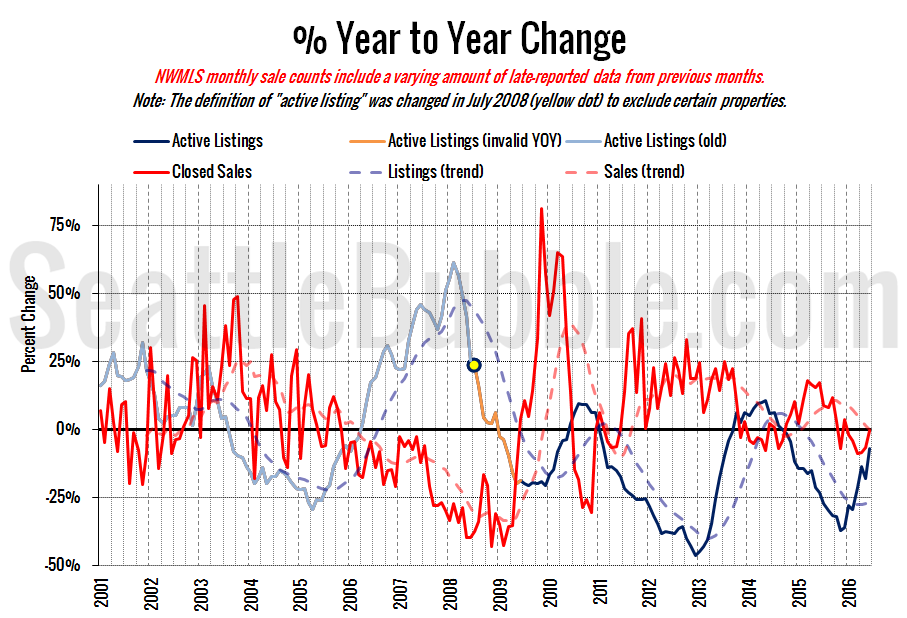 The blue supply line turned back up, resuming the trend it has been on since late last year toward a balanced market. Meanwhile the red demand line is right at zero, and trending up over the last couple months. 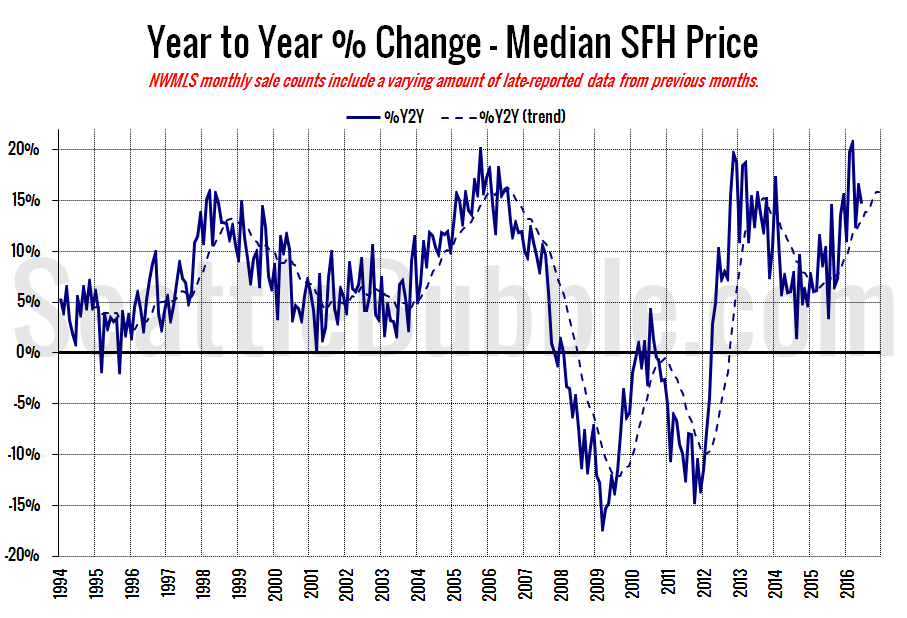 Year-over-year price growth dipped slightly from 16.4 percent in May to 14.7 percent in June. 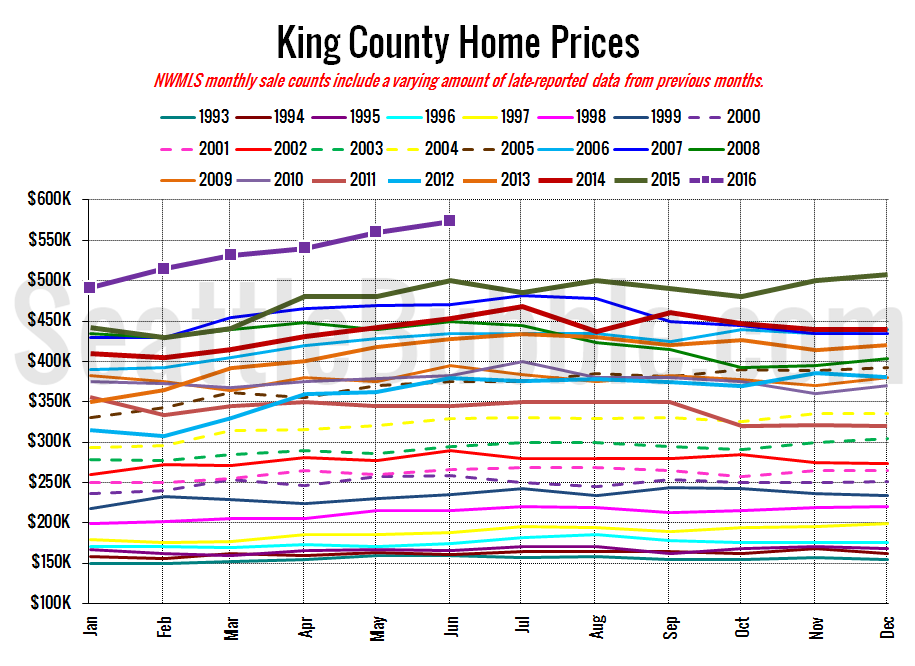 It’s still true: there has never been a better time to sell your home.

Check back tomorrow for our monthly reporting roundup with links to the news reports on this data from other sources.