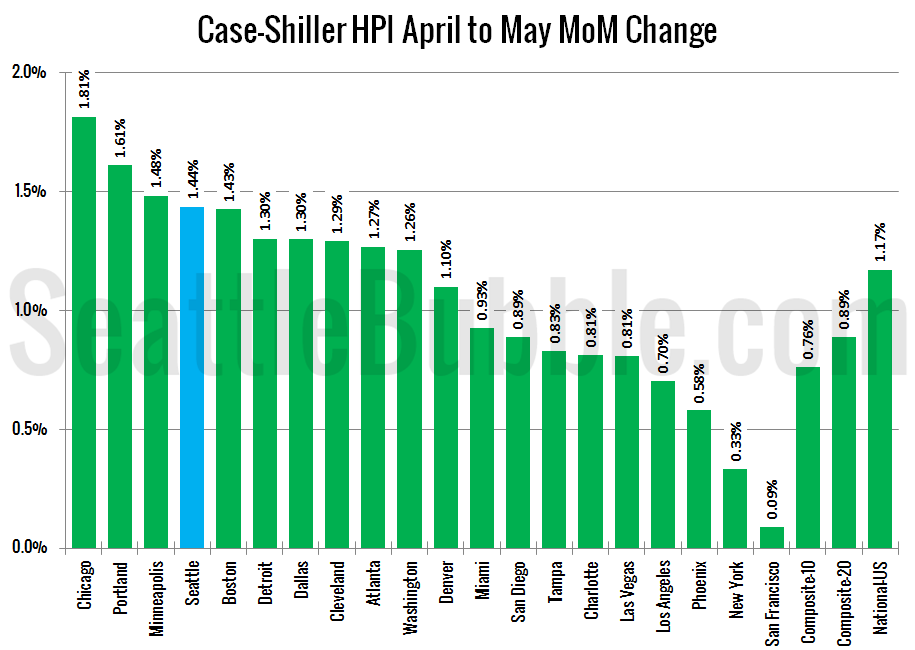 Let’s have a look at the latest data from the Case-Shiller Home Price Index. According to May data that was released this morning, Seattle-area home prices were:

The Seattle area’s Case-Shiller home price index hit another new all-time high in May, but dropped from the largest month-over-month gain of all twenty Case-Shiller-tracked cities in April to number four in May.

Seattle’s rank for month-over-month changes was at #1 in March and April, but dropped to #4 in May. 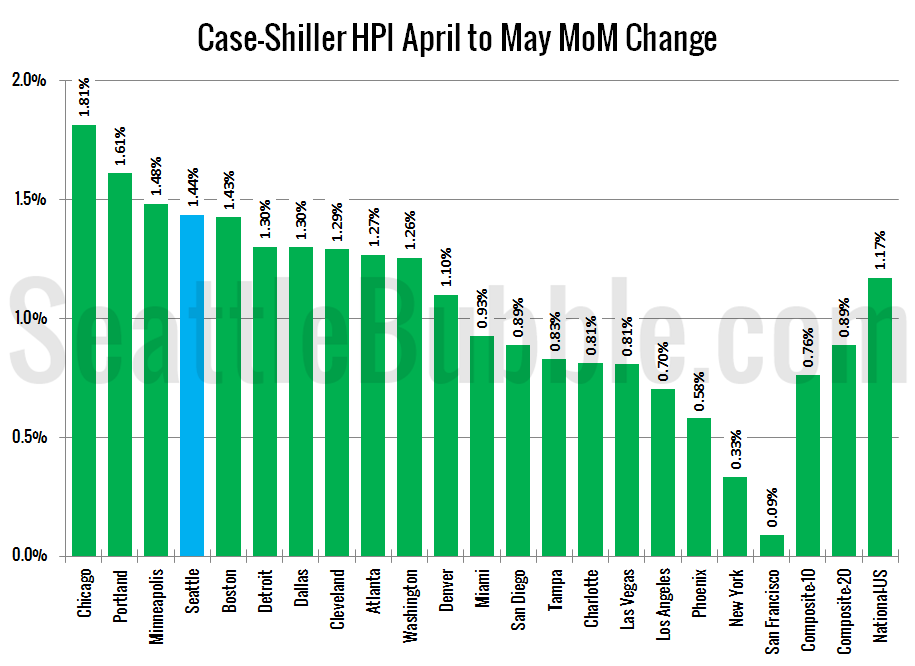 In May, just one of the twenty Case-Shiller-tracked metro areas gained more year-over-year than Seattle (the same as February and March):

The Northwest continues its reign on top as literally the envy of other states.

The same seven cities that hit new all-time highs in April did so again in May: Boston, Seattle, Charlotte, San Francisco, Denver, Portland, and Dallas.

Here’s the interactive chart of the raw HPI for all twenty metro areas through May. 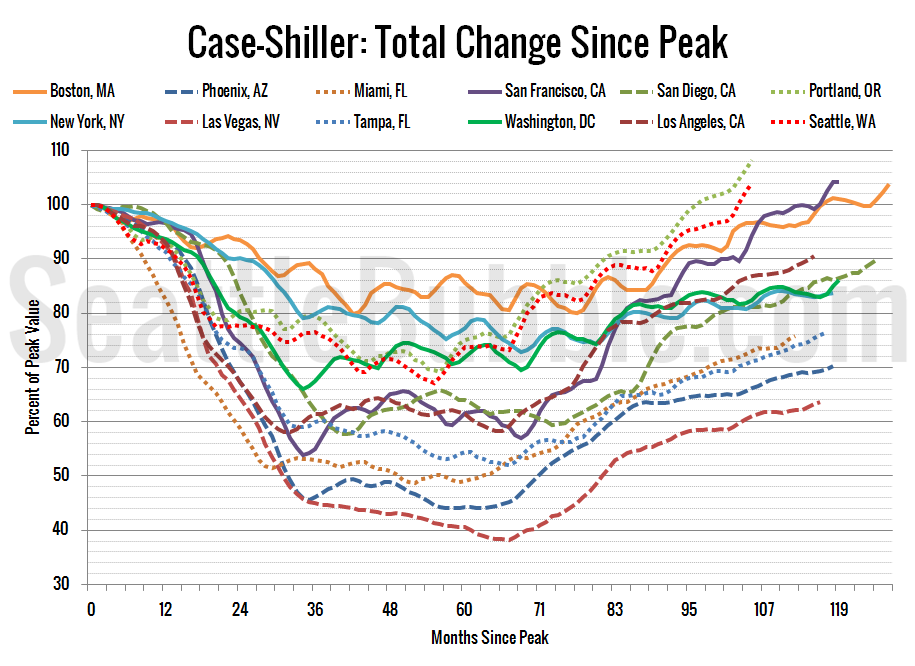 In the 106 months since the price peak in Seattle prices are up 3.9 percent.

Lastly, let’s see what month in the past Seattle’s current prices most compare to. Note that this chart does not adjust for inflation. 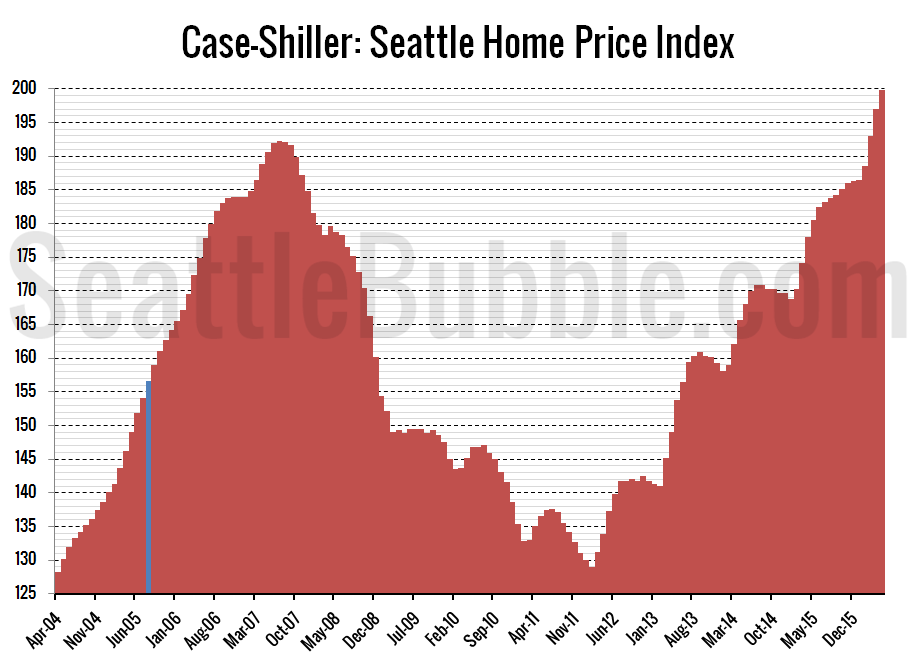