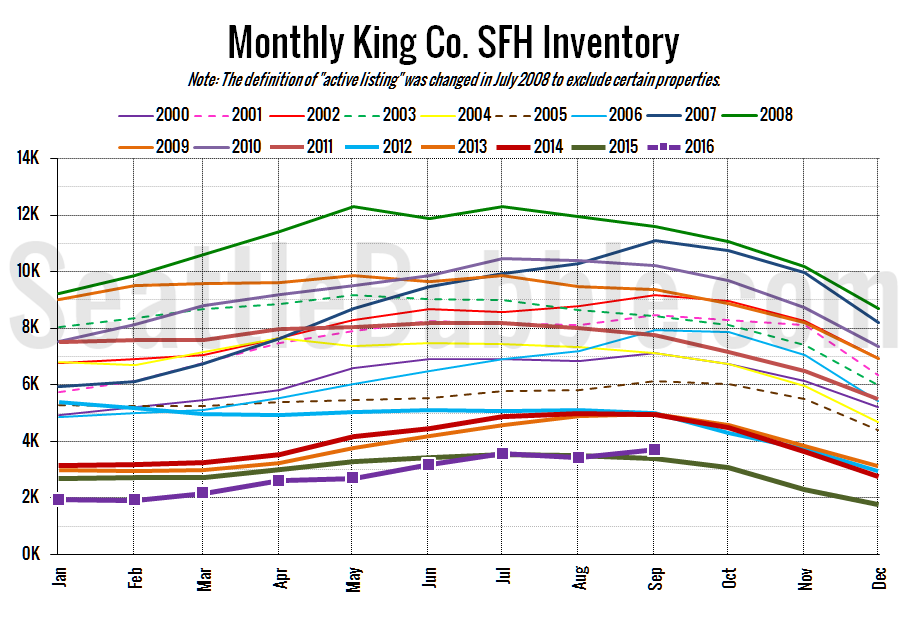 September market stats were published by the NWMLS today. The NWMLS press release has not been published yet, so we’ll take a look at that tomorrow.

After a month when everything was moving in sellers’ favor, September was much more of a mixed bag. Listings saw their largest year-over-year increase since May 2014, pushing months of supply up slightly as pending and closed sales both fell from August. 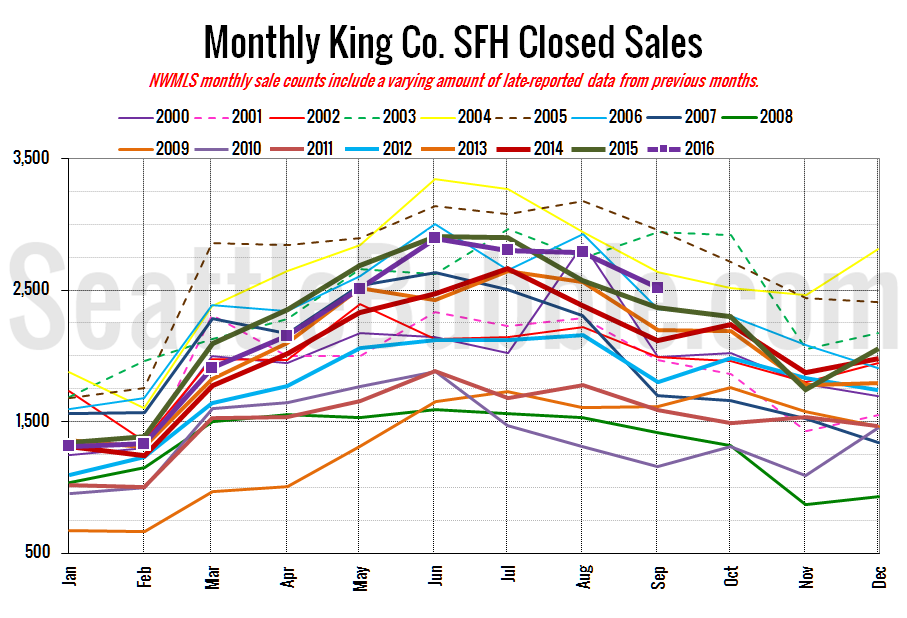 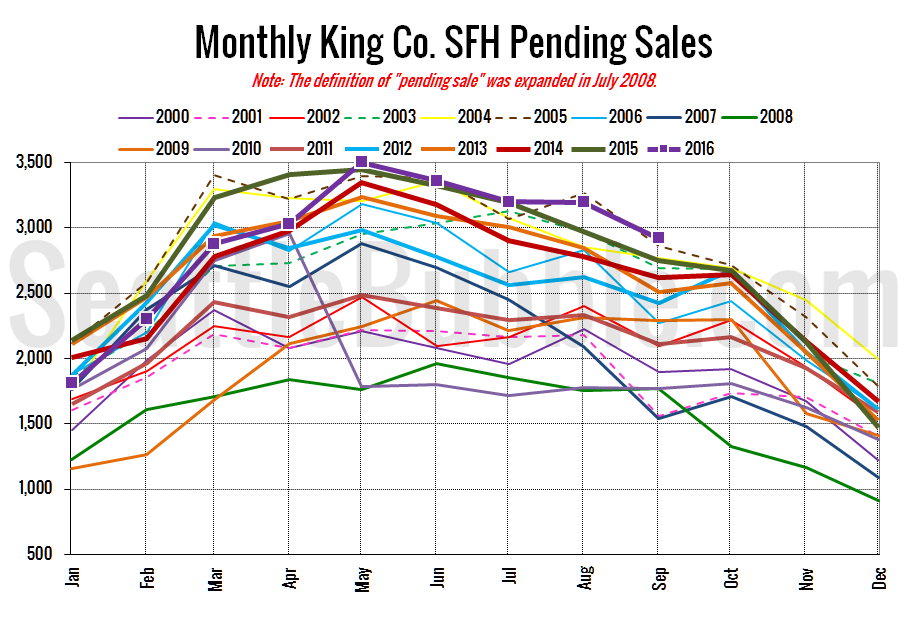 Pending sales fell nine percent in September, but were also up 6 percent year-over-year.

Listings are up nine percent from a year earlier and 110 percent from the December 2015 low. Last year listings fell dramatically between September and December, it will be interesting to see what the next few months holds this year. 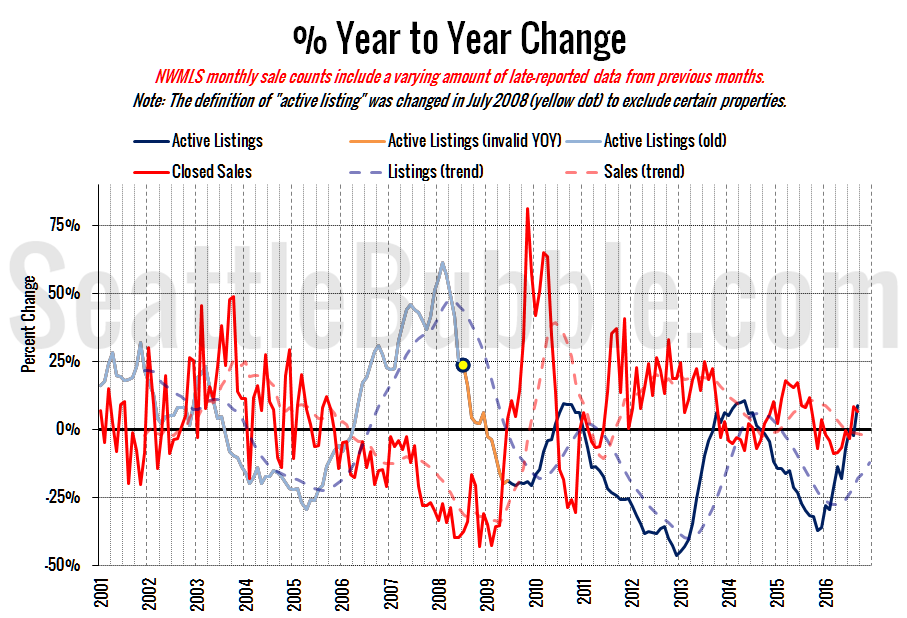 Supply moved back to the buyer’s side of the chart, but demand is still on the seller’s side. 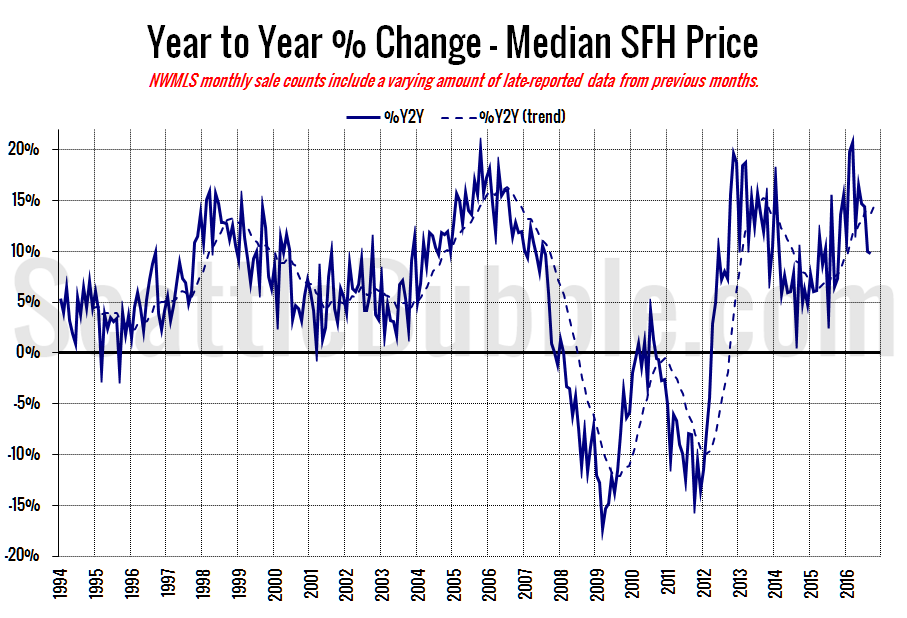 Prices were up from a year earlier by about the same as they were last month—ten percent. 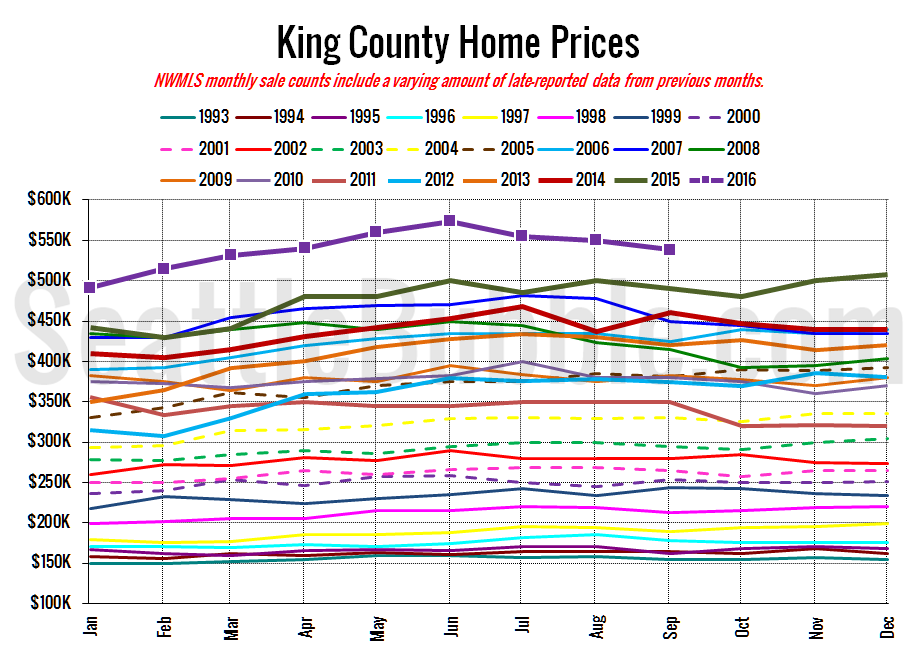 The Seattle Times hasn’t posted their article yet. I’ll most likely post some kind of reporting roundup tomorrow with that and any other local stories about the September data.

Here’s this month’s article from the Seattle Times: Seattle home prices slow their climb, but shortage of inspectors raises anxiety