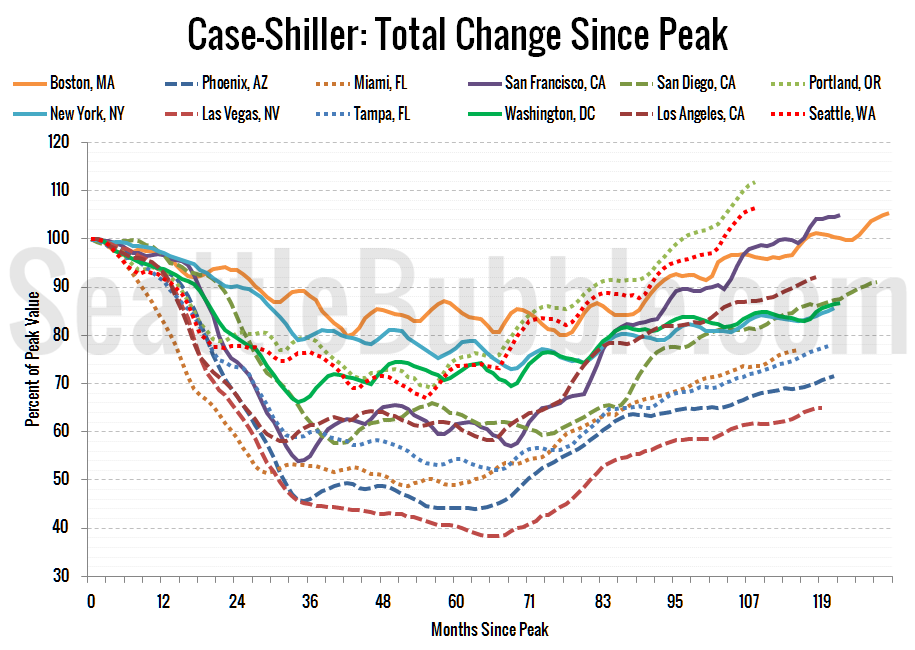 Let’s have a look at the latest data from the Case-Shiller Home Price Index. According to August data that was released this morning, Seattle-area home prices were:

Surprising no one, Seattle home prices as measured by Case-Shiller hit another new all-time high in August.

After dropping all the way to #12 in July, Seattle’s rank for month-over-month changes moved back up to #5 in August. 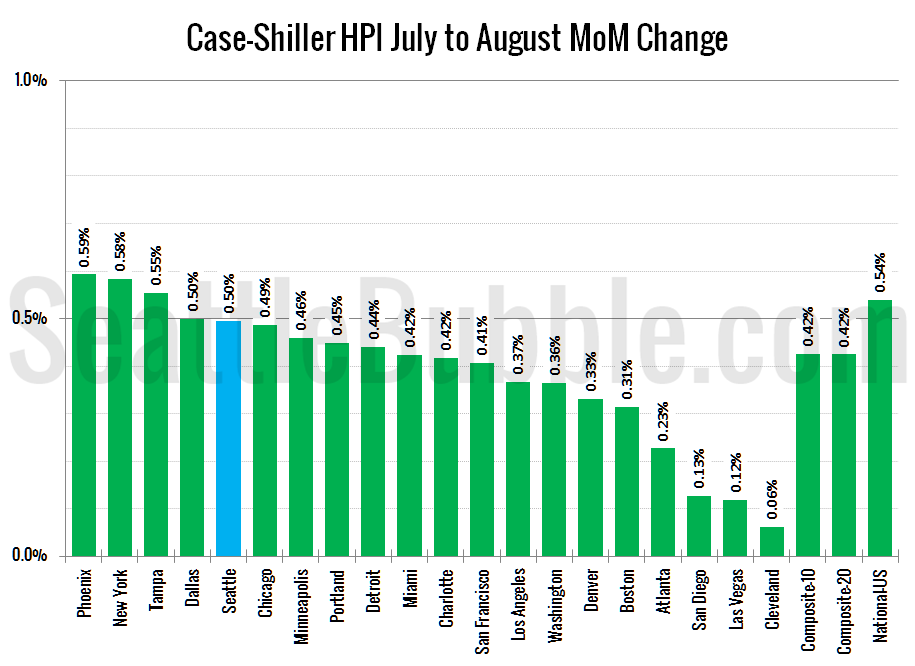 In August, there was still just one of the twenty Case-Shiller-tracked metro areas that gained more year-over-year than Seattle (the same as February through July):

Clearly the Northwest will never stop being literally the envy of other states. 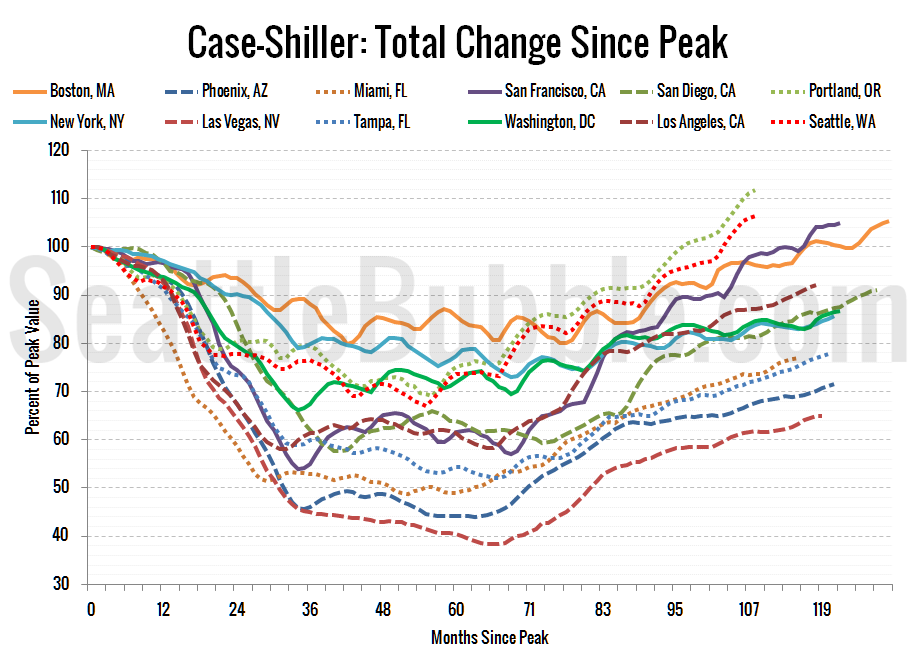 In the 109 months since the price peak in Seattle prices are up 6.5 percent. 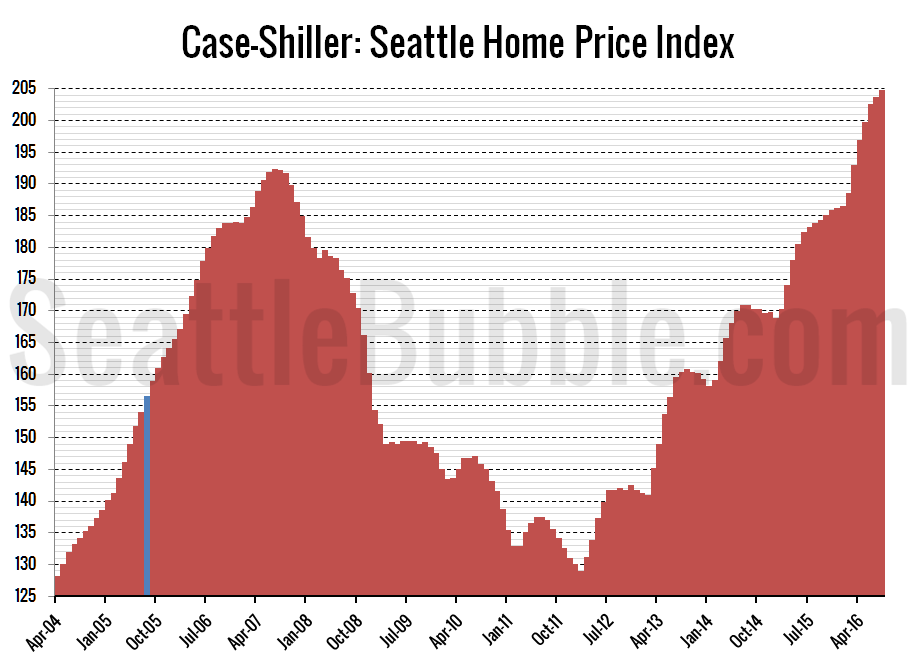