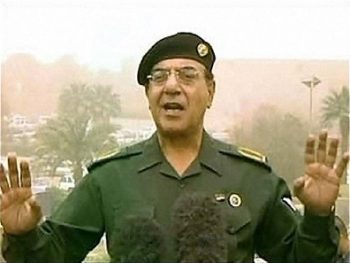 It’s still a seller’s market, but some leaders from Northwest Multiple Listing Service think the imbalance may be easing in some areas, pointing to a slower pace of sales and moderating prices. Others aren’t convinced, citing mixed indicators.
…
Commenting on September’s activity, Northwest MLS director George Moorhead reported “rumblings on both sides of the fence” by buyers and sellers. “Buyers are getting antsy to make a move before interest rates rise and they’re looking harder at homes that have been on the market longer than 30 days.”
…
“We have one month until November when new listings coming on the market drop by 50 percent on a monthly basis compared to spring and summer months,” explained J. Lennox Scott, chairman and CEO of John L. Scott Real Estate. With the decrease typically lasting until the end of February, Scott said for selection, “the best opportunity for homebuyers to find a home will be in the next 30 days.”

The “best opportunity for homebuyers” is always right now according to used home salesmen like Lennox Scott.

After a punishing year for anyone looking to buy a home in and around Seattle, the fall price cool-down that many buyers have been waiting for hasn’t arrived with much force.

The good news for buyers is that Seattle isn’t setting any more home-price records like it did this spring. And the rate of home-price increases has slowed to about half of what it was earlier in the year.

But the bad news is that home costs are still growing much faster than normal, and exceed recent pay hikes. The market remains one of the hottest in the country, even though the region is finally starting to see more houses come on the market.
…
Although this month’s data presented a muddled picture on prices, the change in inventory was clearly positive. For the first time in the last few years, additional homes in significant number are finally starting to come back on the market for sale.

The number of houses for sale in the county is now at its highest point in two years, although it still has a long way to go to get back to “normal” inventory levels. That could help contain the recent bidding wars and price spikes triggered by the historically low supply of homes for sale.

But it doesn’t seem to be helping much yet.

Mike Rosenberg hasn’t been covering real estate for the Times for very long, but in my opinion he’s doing a good job of presenting balanced, thoughtful pieces. Mike also touched on the Chinese investment angle in his article:

September marked the second full month since British Columbia announced a closely watched 15 percent tax on foreign homebuyers in the Vancouver metro area. Since then, there’s been a huge increase in interest from Chinese buyers looking toward the Seattle area.

It’s impossible to know how exactly that’s affected prices here. But the area most popular with Chinese buyers — in and around West Bellevue — saw a record median price of $2.19 million in August just after the Vancouver tax was announced, before dropping a bit in September.

“I’m feeling the pressure of what feels like increased foreign investment, more so than in the past,” Moss said, adding he’s seen more buyers from out-of-state, as well.

As usual, we only have rumor and anecdote when it comes to the affect that Chinese investors are having on the Seattle-area housing market. Speaking of Chinese buyers…

By now you’ve seen homes for sale that have ended up selling for at least 20 percent more than their asking price in the Seattle area. But who or what is causing this?

Well, according to Katherine Jinyi Li of Seattle Globalist, at least some of the factors playing into homes selling for way over the asking price has to do with Chinese nationals willing to pay more.

Li writes that despite a crackdown on foreign currency outflow, Chinese are desperate to get their money out of a faltering economy, so they send their college-age children with plenty of cash to Seattle to start investing in things that can eventually be re-sold — and, of course, get an education that they may not be able to get in their home. A Chinese broker with Windermere Real Estate told Li that her team “processes anywhere from three to eight transactions a week,” Li writes.
…
People upset over the increasing difficulty in finding a home shouldn’t point fingers at Chinese investors, however. Li was told by the Windermere agent that it’s the tech boom, more than Chinese investors and their college students, that are to blame for the costly homes.

Until we see some actual hard data that proves otherwise, I’m inclined to agree that Chinese investors are not a major factor in the Seattle-area housing market.

The South Sound housing market had a great summer and that continued into September as sales of single-family residences once again rose by double-digit levels in Pierce and Thurston counties, according to Northwest Multiple Listing Service data released Wednesday.
…
Sellers have been in the drivers seat all year, but prospective buyers caught a break last month as more single-family residences hit the market, the data show. Months of inventory — an estimate of how long it would take to exhaust the supply of single-family residences at the current pace of sales — moved closer to two months in Pierce County and remained slightly higher than two months in Thurston County, the data show.

“The increase in listings is pretty unusual given that the number of listings usually declines between August and September,” said Windermere President OB Jacobi in a statement. “Considering how desperate we are for inventory, I hope this trend continues as we head further into the fall months.”

That quote from OB Jacobi is straight from the NWMLS press release. It’s interesting that they actually chose to admit that the listings increase was unusual, since it is a possible sign that the market may be softening. The identical short article is also available in The Olympian.

And that’s it! I couldn’t find stories in any of the other local news outlets so far. If others pop up throughout the day today I might add them to this post.