October is done, so let’s take a look at the local housing market stats for the month. Short story: the typical seasonal drop in listings and sales is well underway. Listings dropped quite a bit from the previous month, back into negative year-over-year territory. 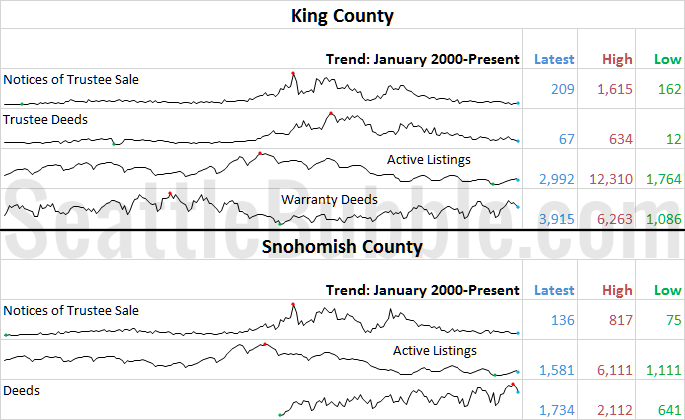 Sales came in stronger than last year even though they fell from September to October. Listings dropped in both counties. Foreclosures are still at their historic lows. 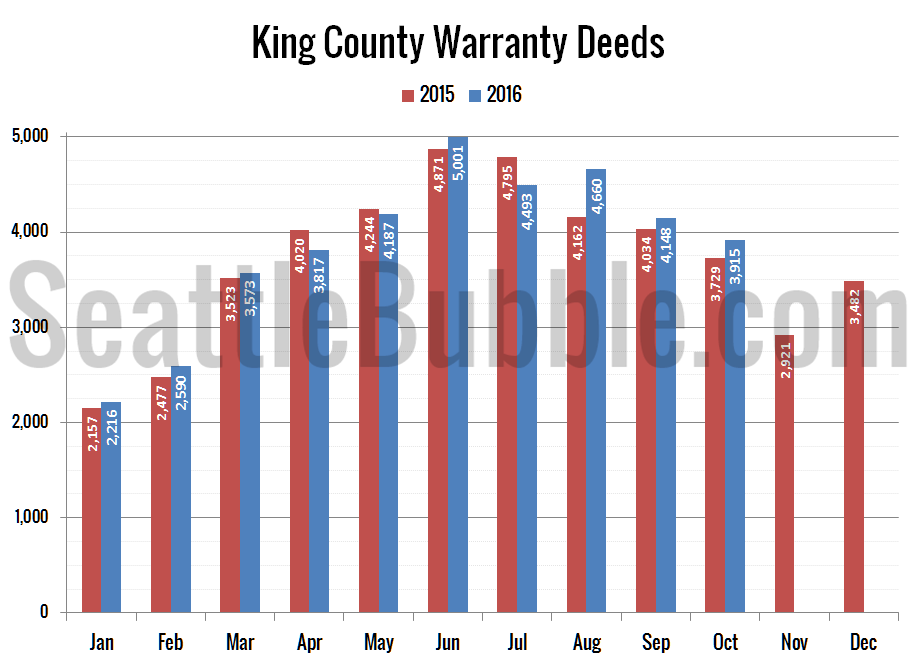 Sales in King County fell 6 percent between September and October (a year ago they fell 8 percent over the same period), and were up 5 percent year-over-year. 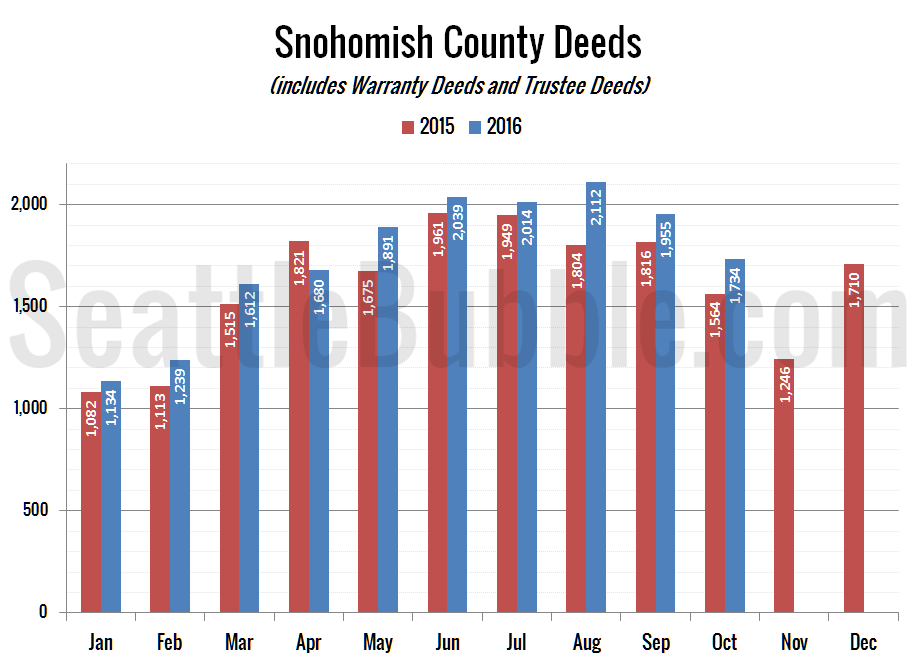 Deeds in Snohomish fell 11 percent month-over-month (vs. a 14 percent decrease in the same period last year) and were up 11 percent from October 2015. 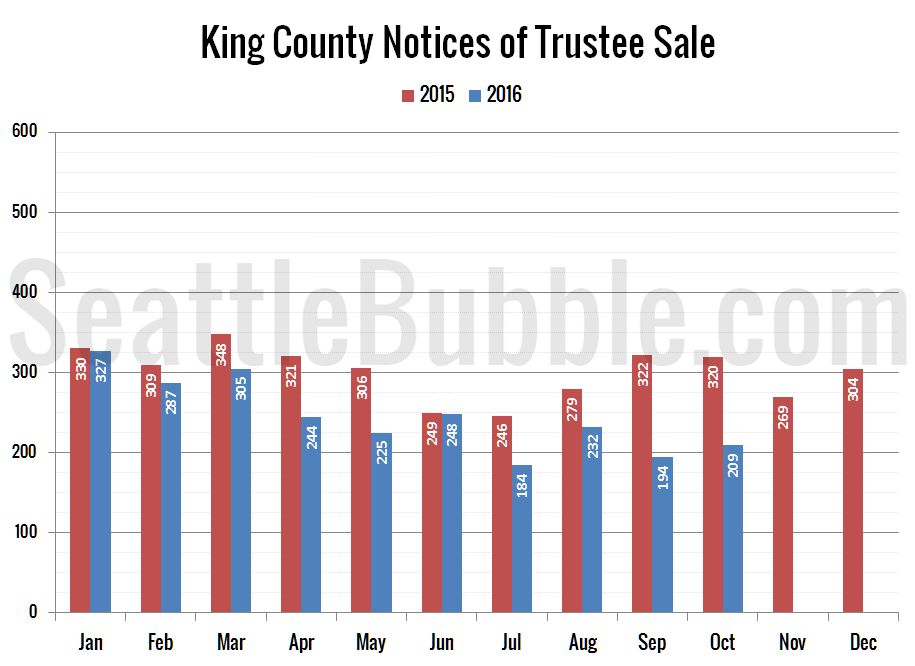 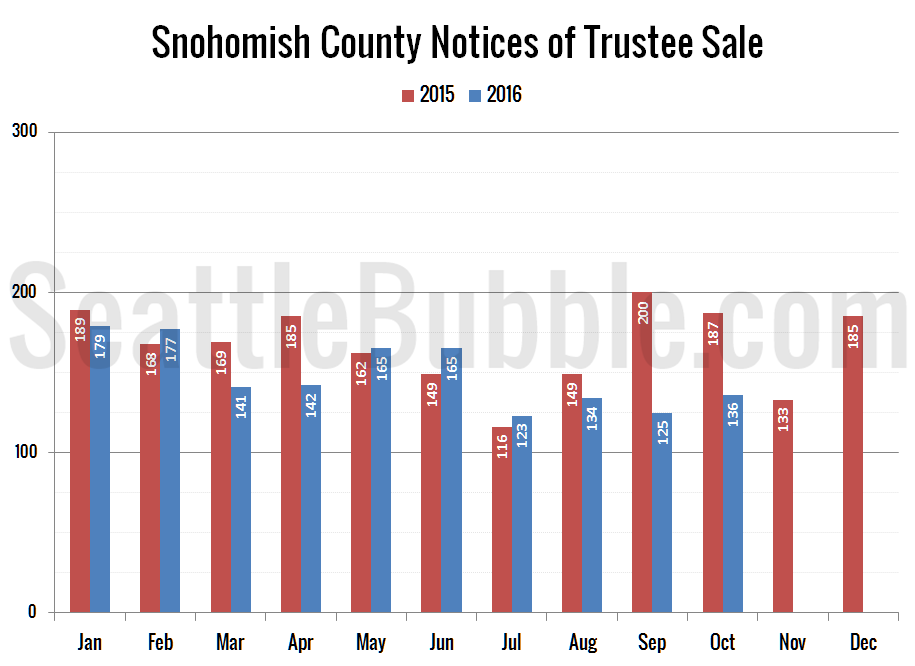 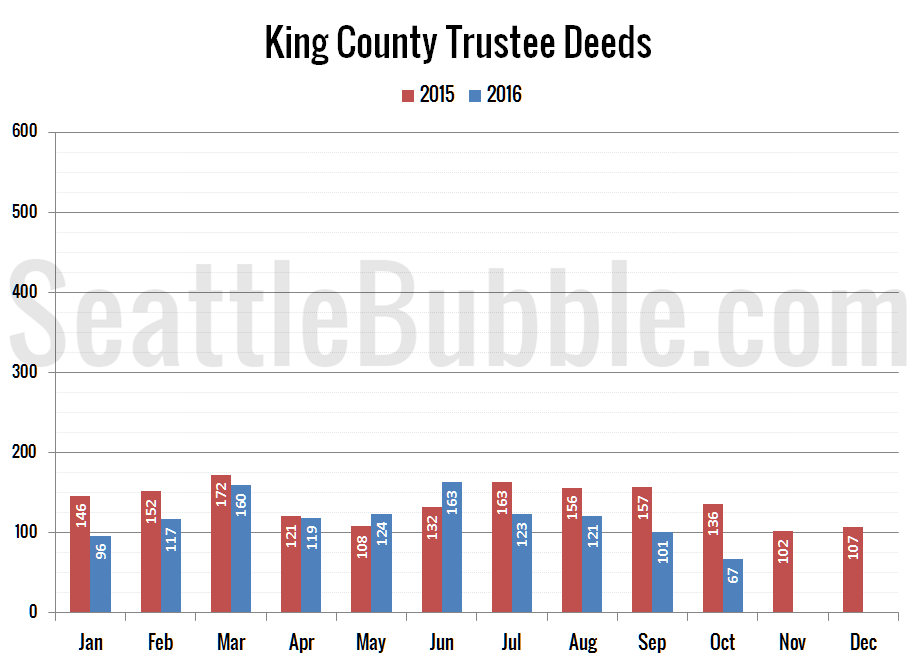 Trustee Deeds were down 51 percent from a year ago, hitting their lowest point since June 2007. 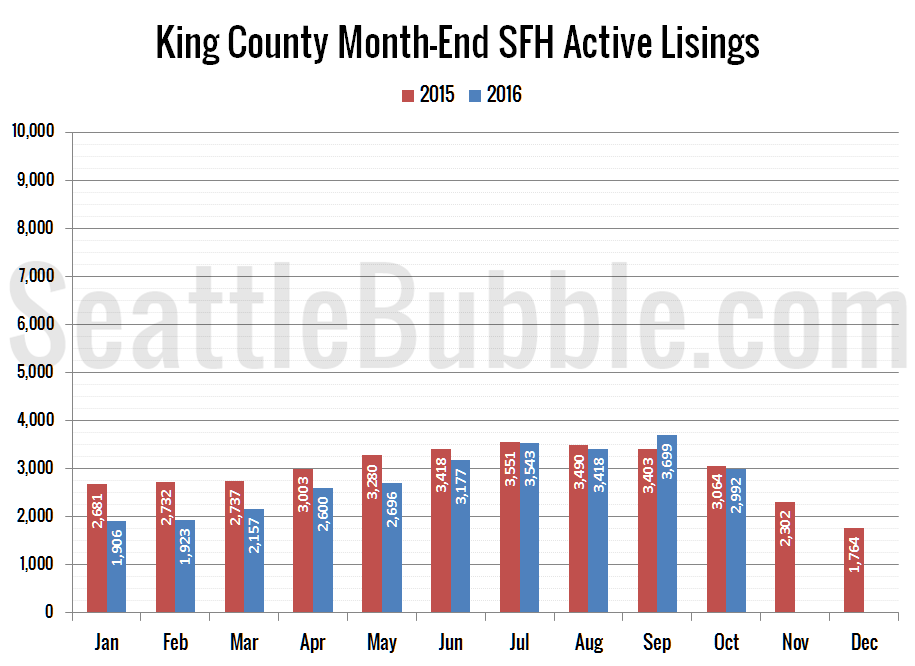 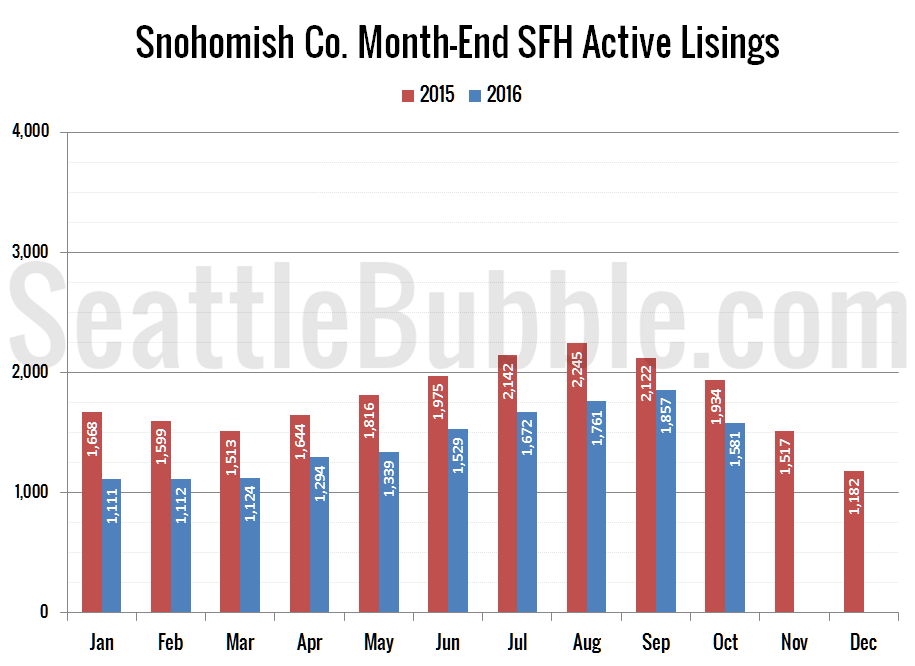 Inventory fell 17 percent between September and October in King County, and was down 2 percent from a year ago. This is a flip from last month when listings were up month-over-month and year-over-year.

In Snohomish County it was the same story between September and October: Listings down 15 percent month-over-month and down 18 percent year-over-year.