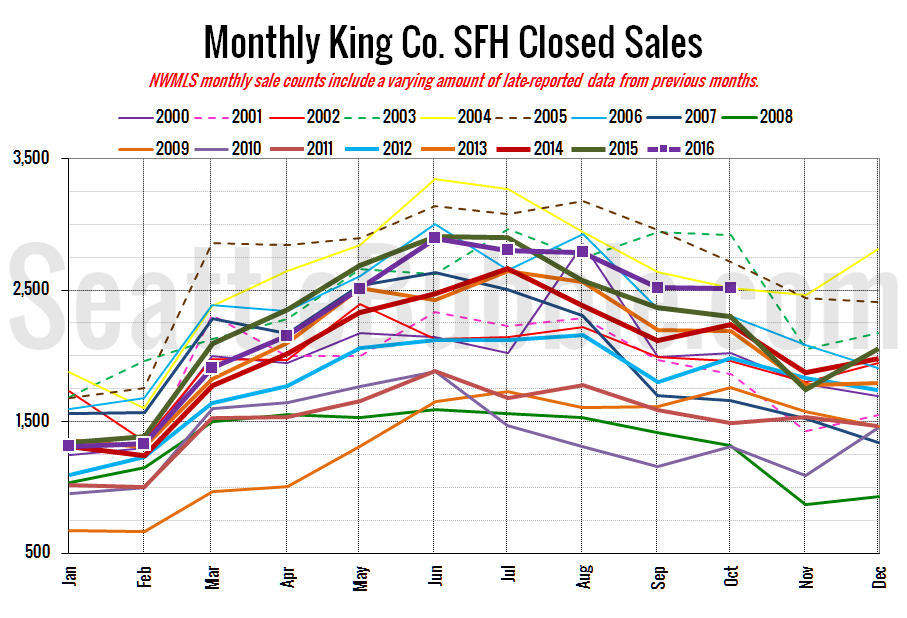 October market stats were published by the NWMLS this morning. They haven’t posted their press release yet, so I don’t have the usual excerpt from that. Let’s take a look at the numbers.

September was a mixed bag, with some numbers moving in buyers’ favor, but October was pretty much all bad news for buyers. The only news that wasn’t pretty terrible for home buyers was that pending sales were down slightly in a month that often sees a slight increase in other years.

Closed sales were basically flat from September to October, and were up nine percent from a year earlier. Demand is still fairly strong. 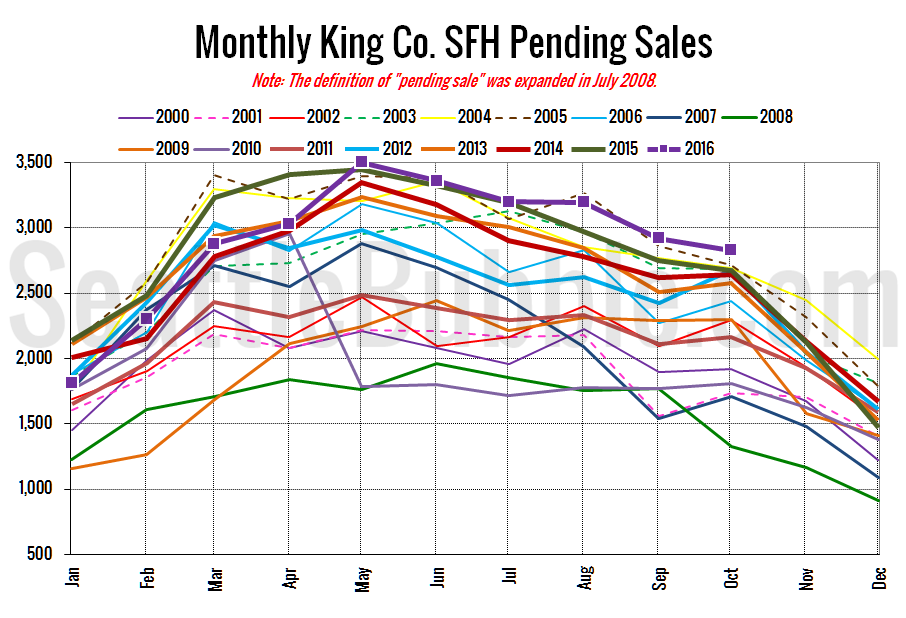 Pending sales fell three percent in October. In eleven out of the last sixteen years, pending sales have gone up between September and October, so a slight dip is at least not terrible news for buyers. However, we saw about the same drop last year, so it’s probably nothing to get too excited about. Pending sales were still up six percent year-over-year. 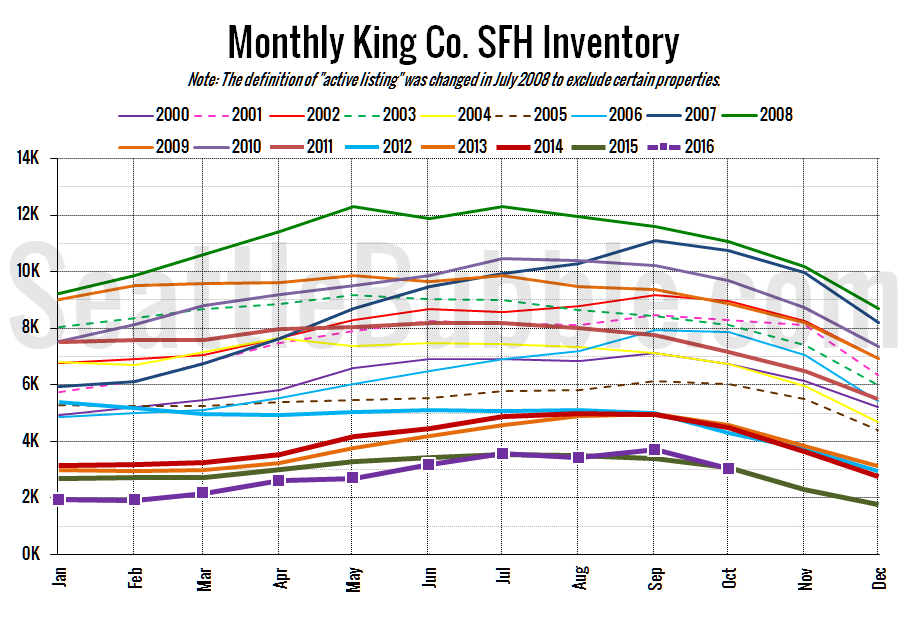 Listings are back in the red from a year earlier, falling one percent from October 2015 and eighteen percent from just a month ago. Last year listings fell ten percent between September and October. 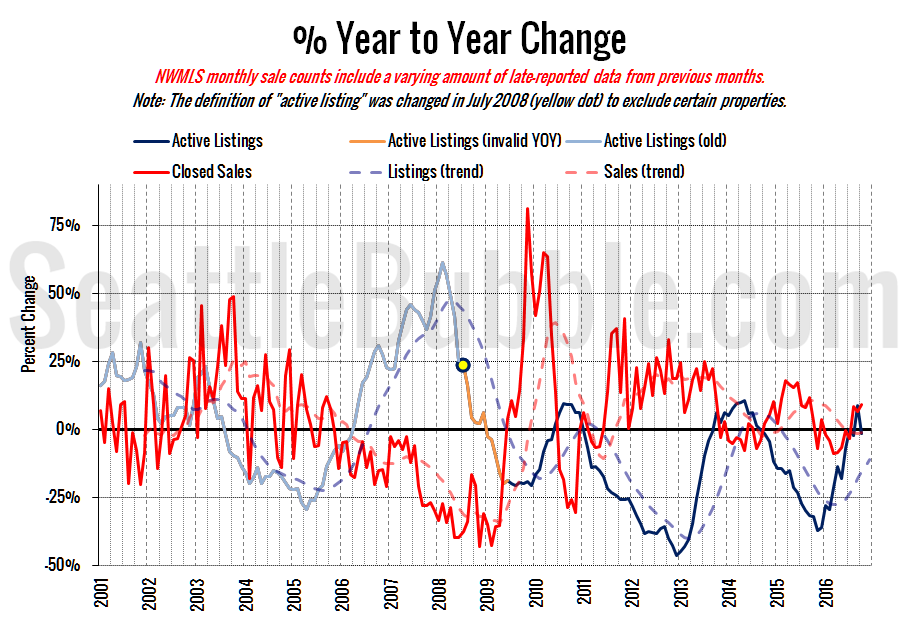 Both lines have moved back into sellers’ territory. 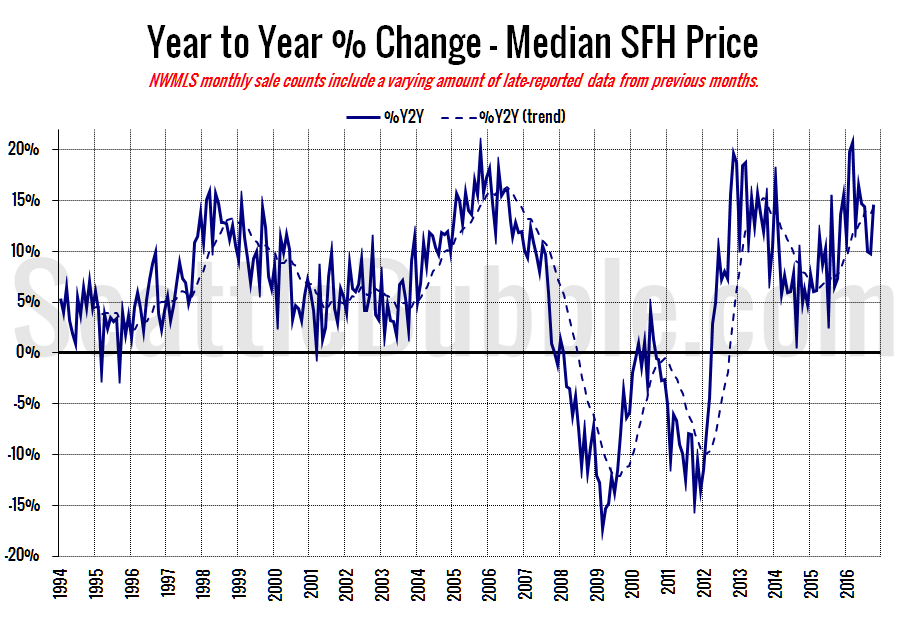 Year-over-year home price gains shot back up from ten percent the past two months to nearly fifteen percent in October. 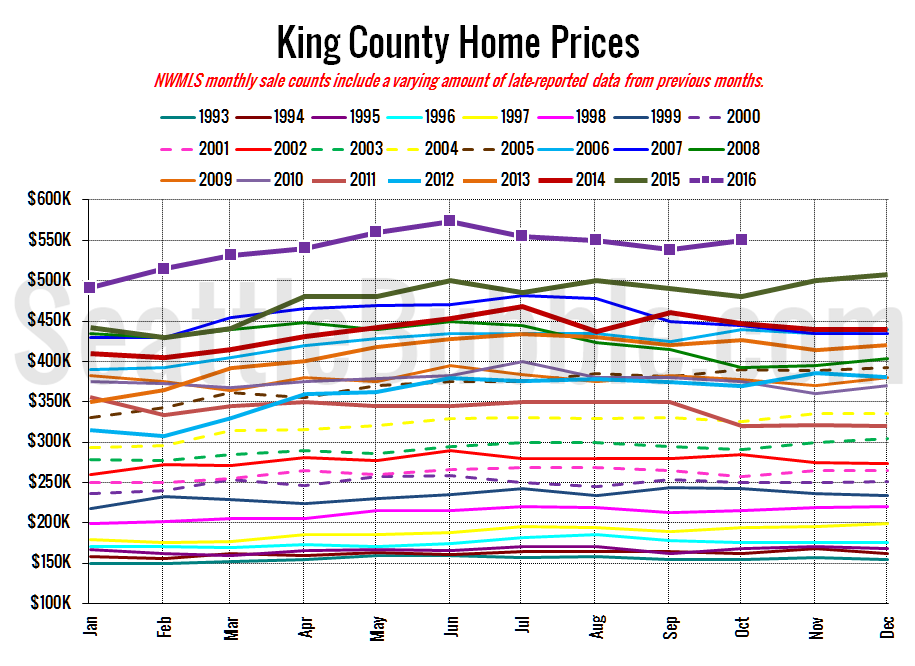 The Seattle Times hasn’t posted their article yet. I’ll most likely post some kind of reporting roundup on Monday with the NWMLS press release and any local stories that post over the weekend about the October data.