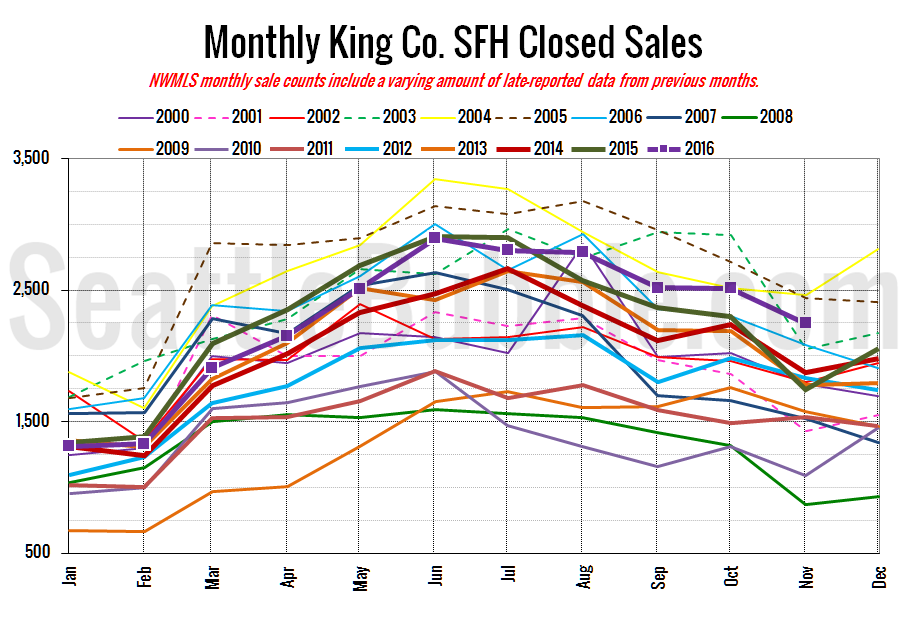 November market stats were published by the NWMLS this morning. Here’s their press release:

Pending sales of homes hit an all-time high for the month of November according to the latest statistics from Northwest Multiple Listing Service. The report covering 23 counties around Washington state also shows the number of new listings added during the month plunged to the lowest level in 11 months, prompting MLS leaders to predict a busy winter for residential real estate as buyers compete for the smallest inventory since March.
…
“November’s pending sales for the four-county area of King, Snohomish, Pierce and Kitsap were the highest since 2005. There were 44 percent more pendings than new listings,” noted J. Lennox Scott, chairman and CEO of John L. Scott Real Estate, who described market activity as a mini power surge. “Every time interest rates increase 0.5 percent we see these surges because buyers become anxious about increasing rates – but on a historical basis rates are still amazing,” he remarked.

You can always count on Lennox. Breathless as usual.

Pretty much all the stats moved against buyers in November. Inventory was just barely above last year’s level, but closed sales were considerably higher than a year ago. The nearly thirty percent surge in closed sales compared to a year earlier was the largest year-over-year move we’ve seen since October 2012. It is also a little strange, considering that pending sales haven’t increased more than eight percent any time in the past twelve months. I’ll be looking into that in the coming days to try to understand what’s going on there.

Closed sales fell slightly from October to November, but were up dramatically from a year ago, as mentioned earlier. 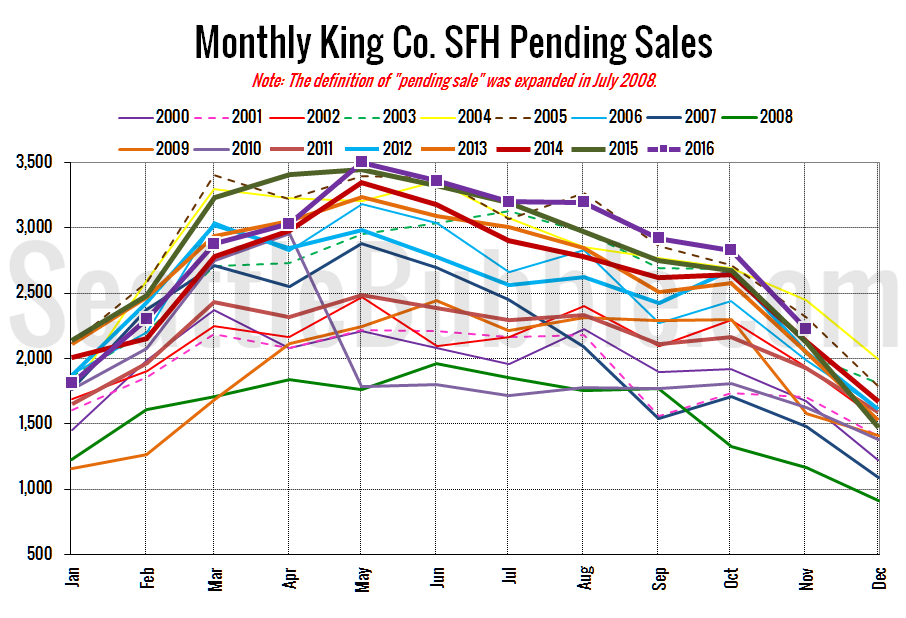 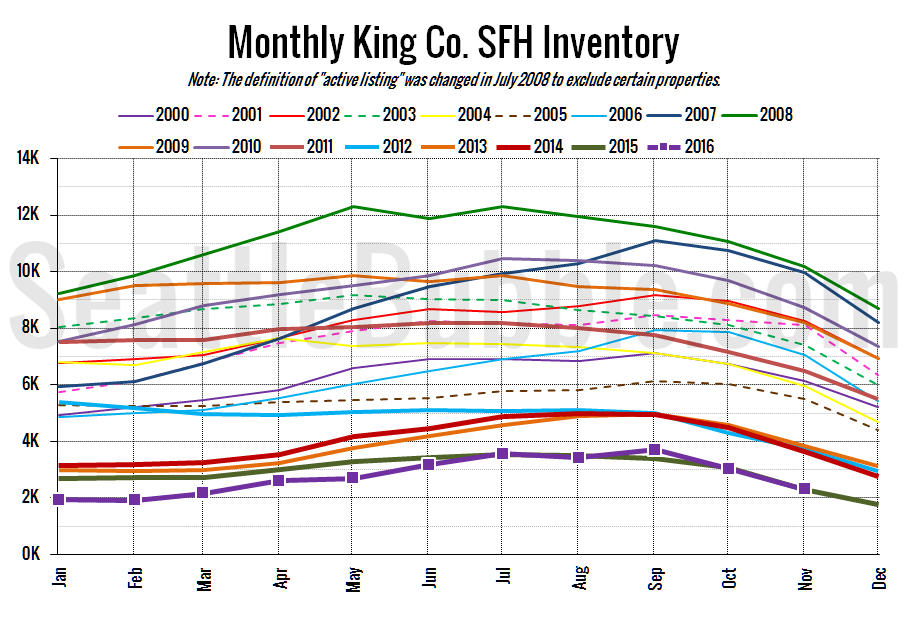 Listings followed pretty much exactly the same path as last year, ending up the month just slightly above the same level as November 2015. 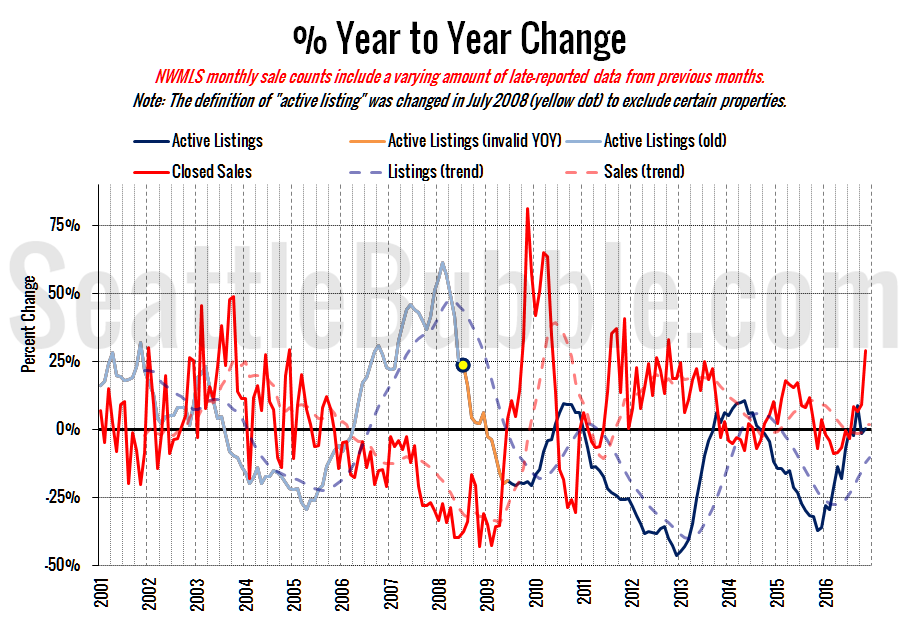 November saw the strongest move into seller’s market territory that we’ve seen in a long time for demand. 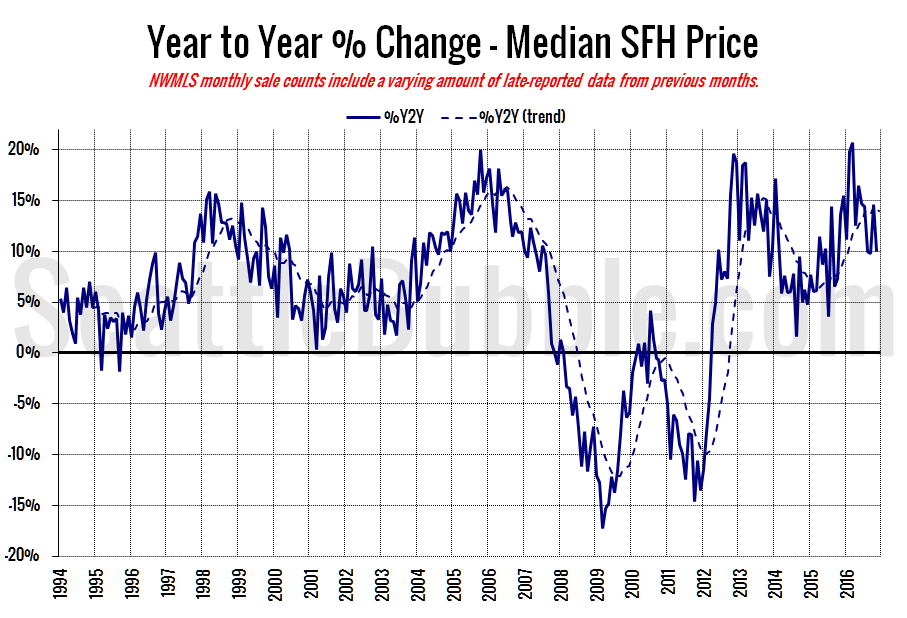 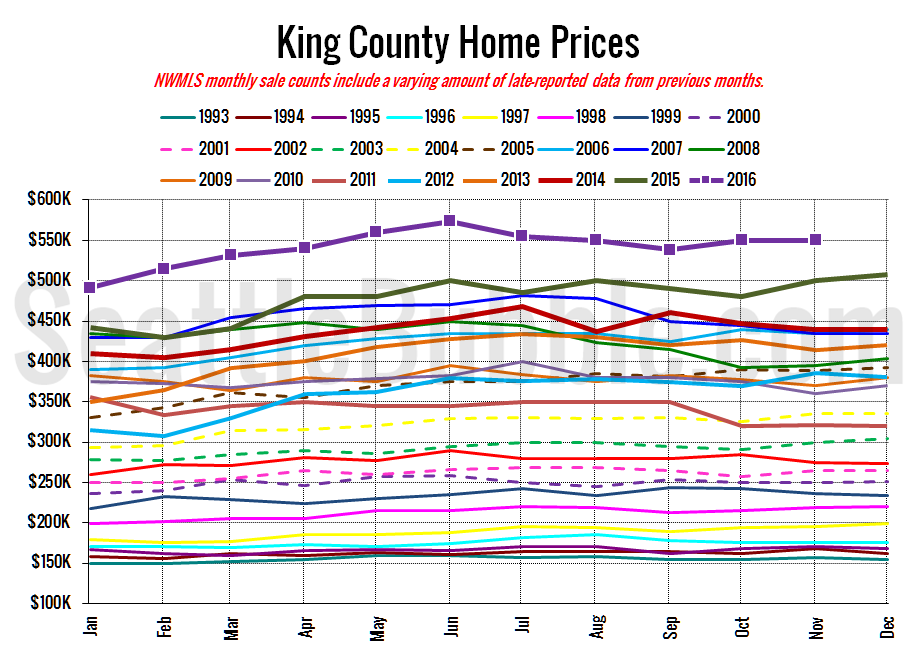 If this “interest rate panic” story sounds familiar, it’s because we’ve heard it a few times before.