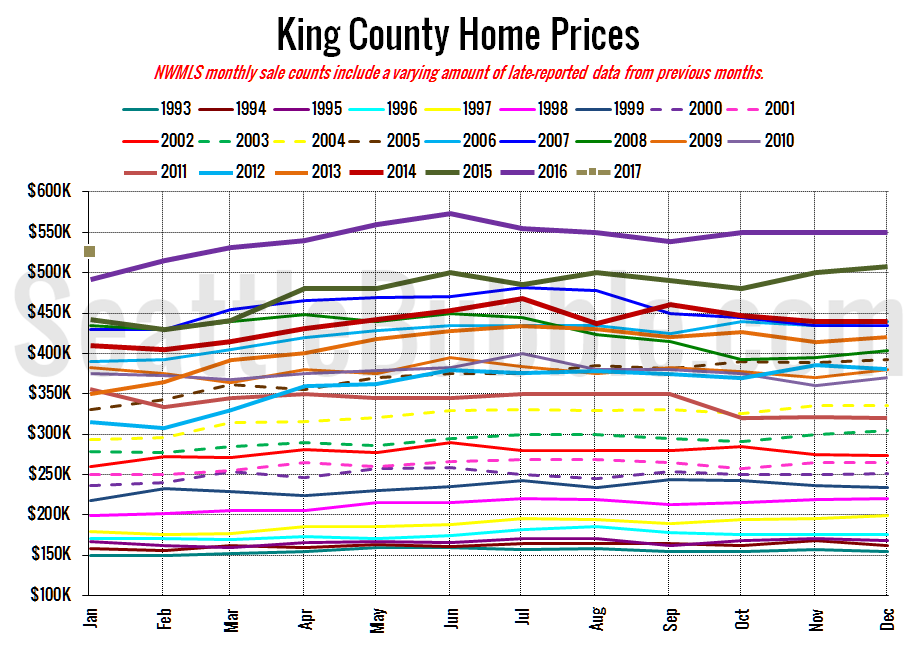 January market stats have been published by the NWMLS. They haven’t put up their press release yet, so let’s get on with the stats.

Still no sign of hope for buyers here or on the near horizon. Listings are way down, sales are still strong, and while the median price did dial back a bit from December to January, it’s still within five percent of the all-time high.

Note that in the following charts the point for January 2017 is a light brown square on the left. 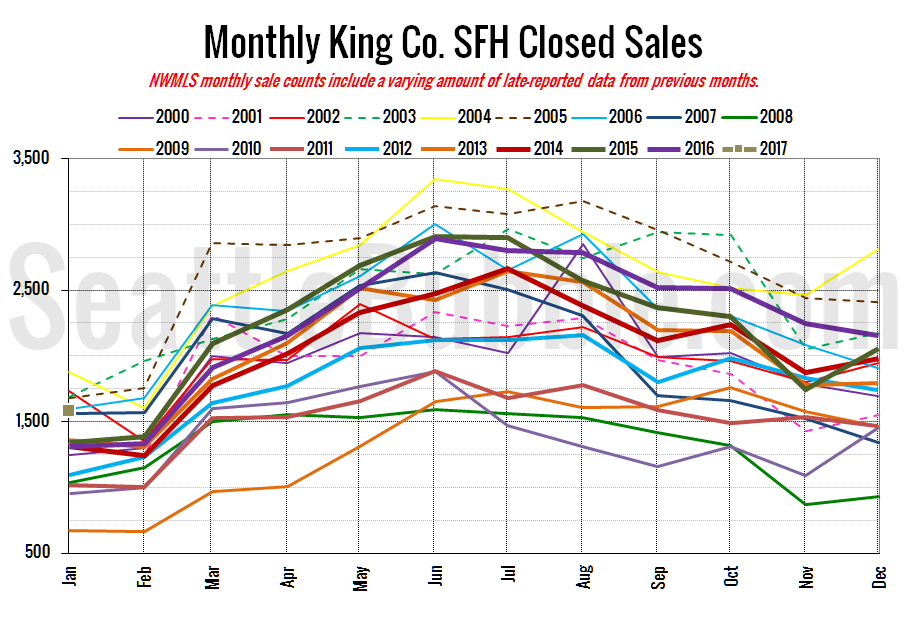 Closed sales dropped off 27 percent from December to January, but were still up twenty percent from a year ago. 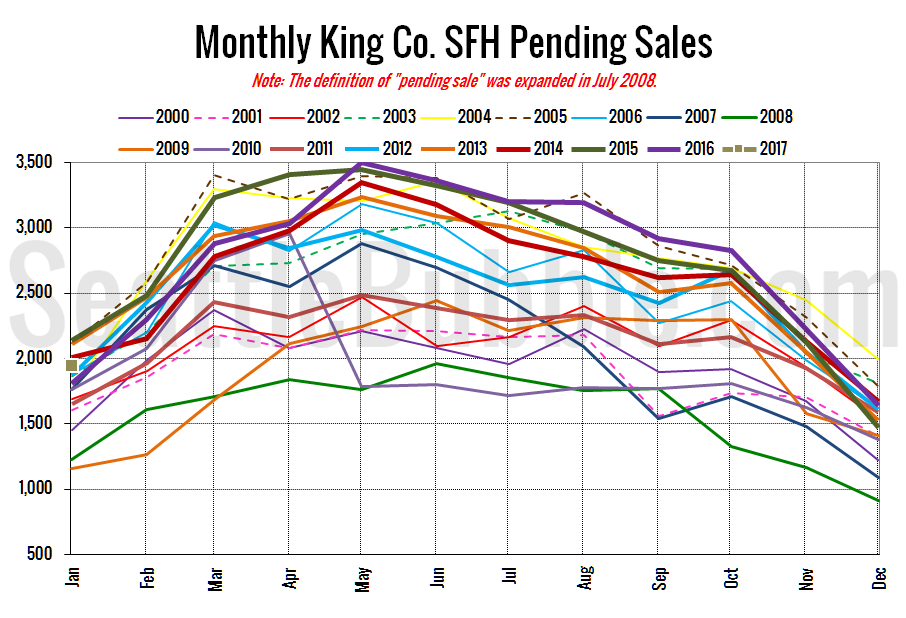 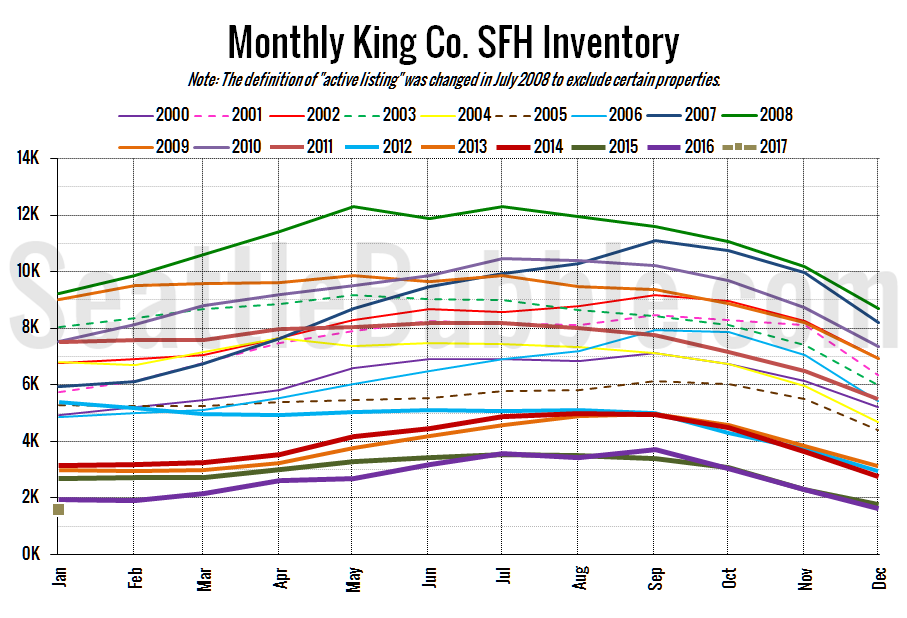 Listings fell four percent from December to January, unusual for this time of year. Typically listings actually increase slightly between December and January. The drop this year is the largest we’ve seen. Not exactly setting up 2017 for an inventory recovery. 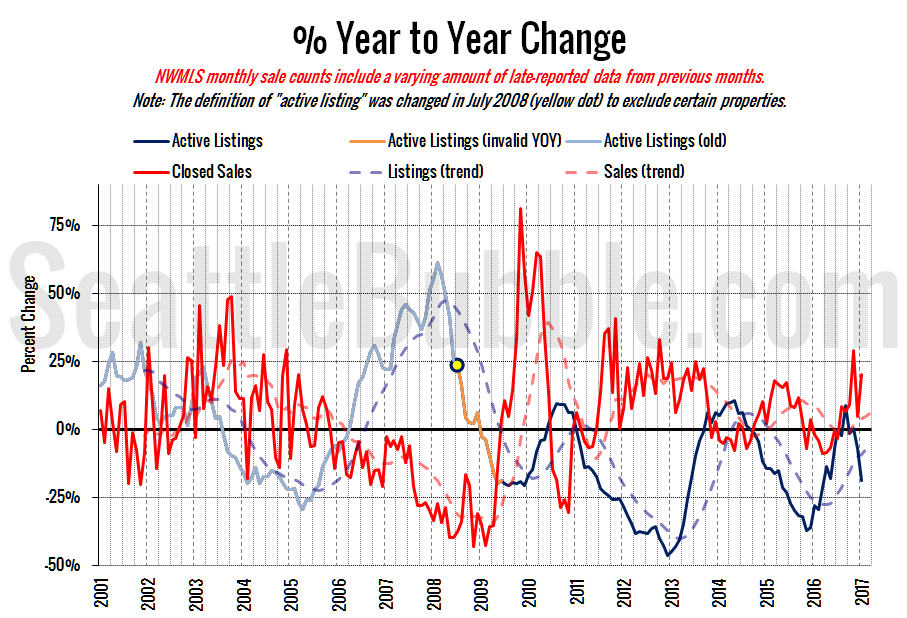 Everything is still strongly in seller’s market territory. 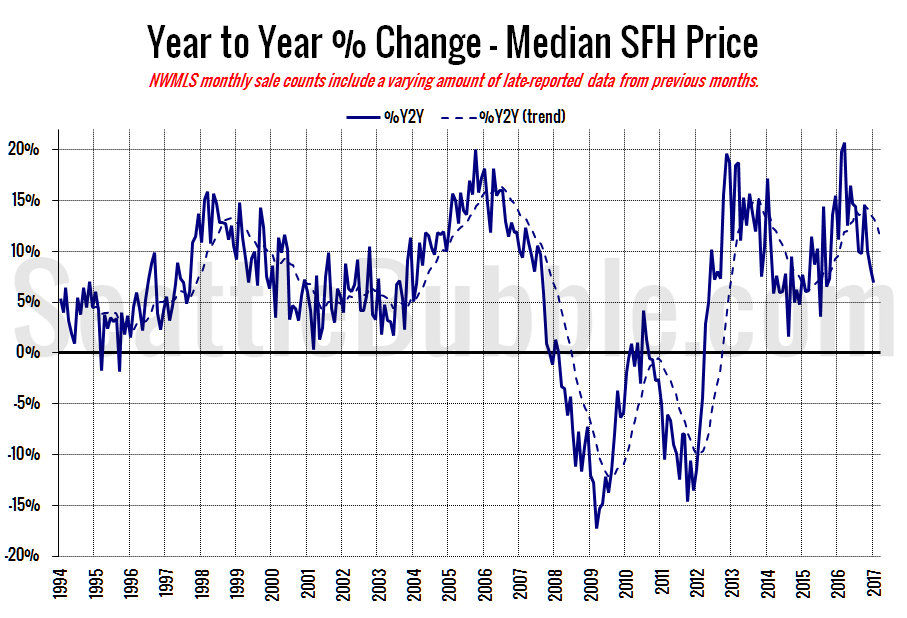 Year-over-year home price gains have declined in recent months from nearly fifteen percent in October to “just” seven percent in January, the lowest level since September 2015. 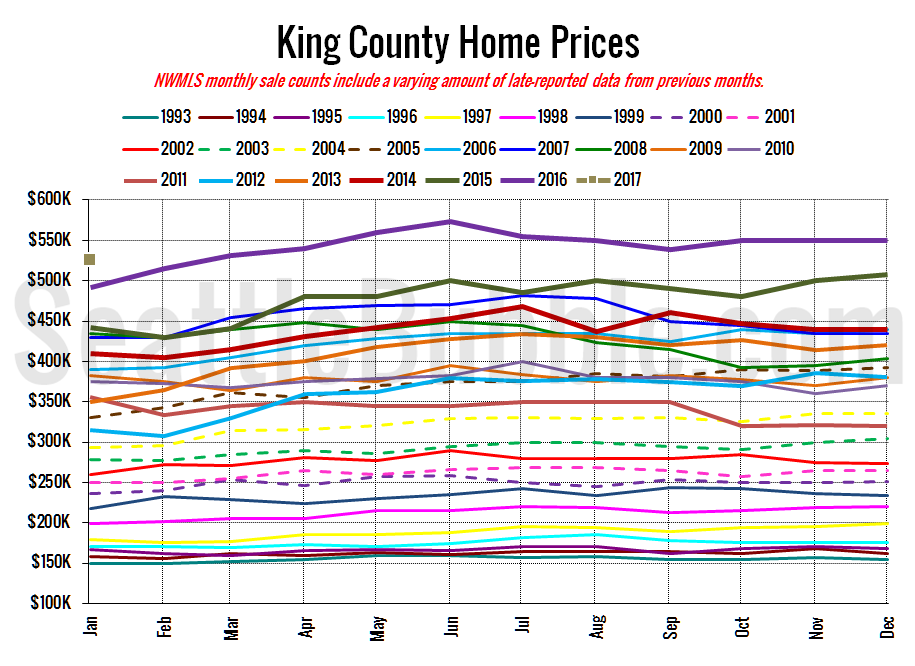 Unless things suddenly turn around we will probably be hitting new all-time highs again in a few months.