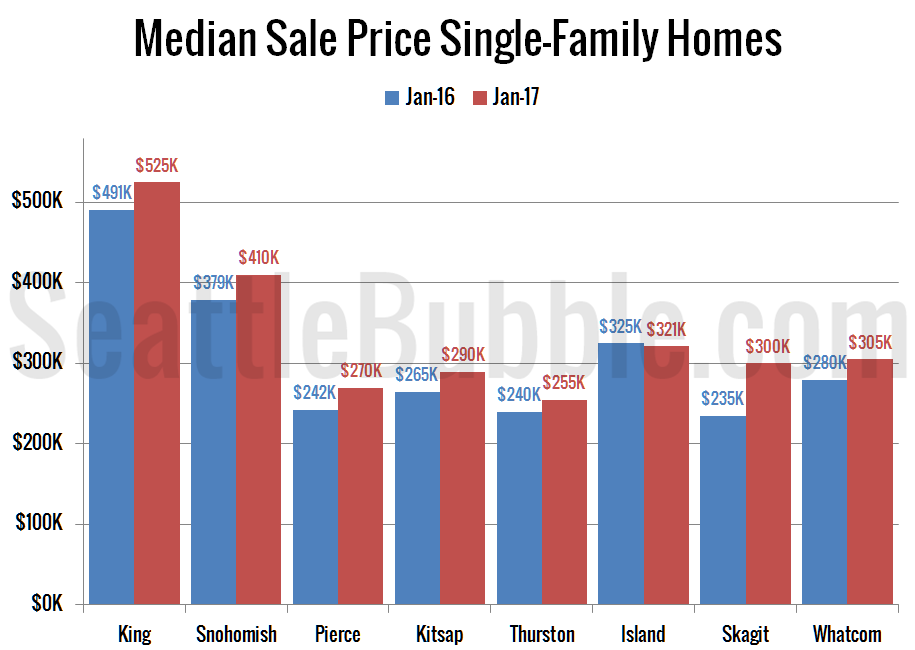 Skagit and Pierce counties actually saw the biggest bump in prices compared to a year ago, while King and Thurston saw the smallest gains. The median price in Island County actually retreated slightly. Listings are down dramatically almost everywhere, and sales rose across the board.

Here’s the chart of median prices compared to a year ago. Every county but Kitsap and Skagit saw smaller gains (or a loss) than a month earlier. 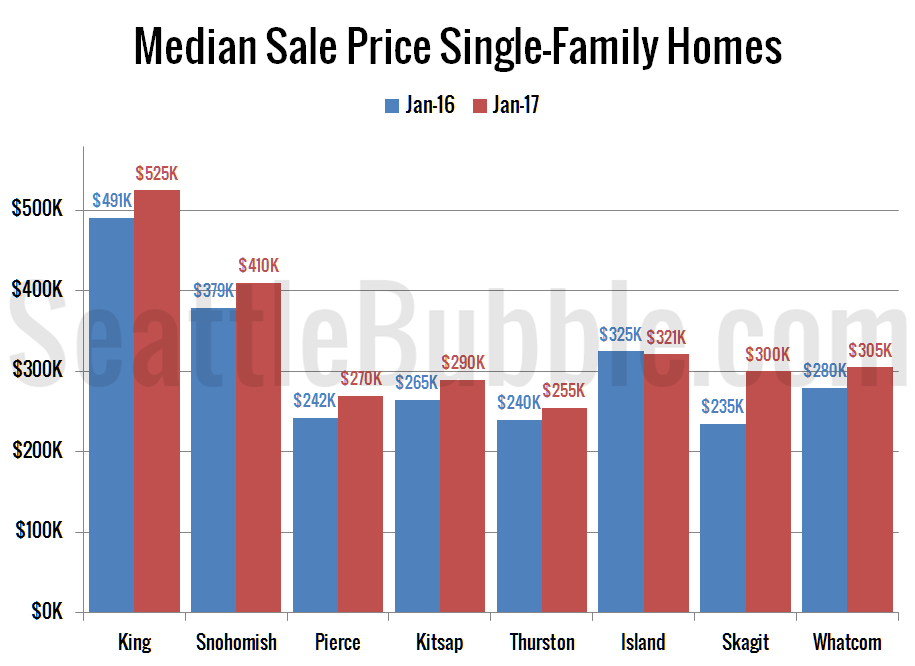 Listings were down significantly from a year earlier everywhere but Kitsap County, where there were three percent more listings on the market in January than a year earlier. The biggest drop in listings was in Whatcom County (down a whopping 31 percent), followed very closely by Snohomish County (down 29 percent). 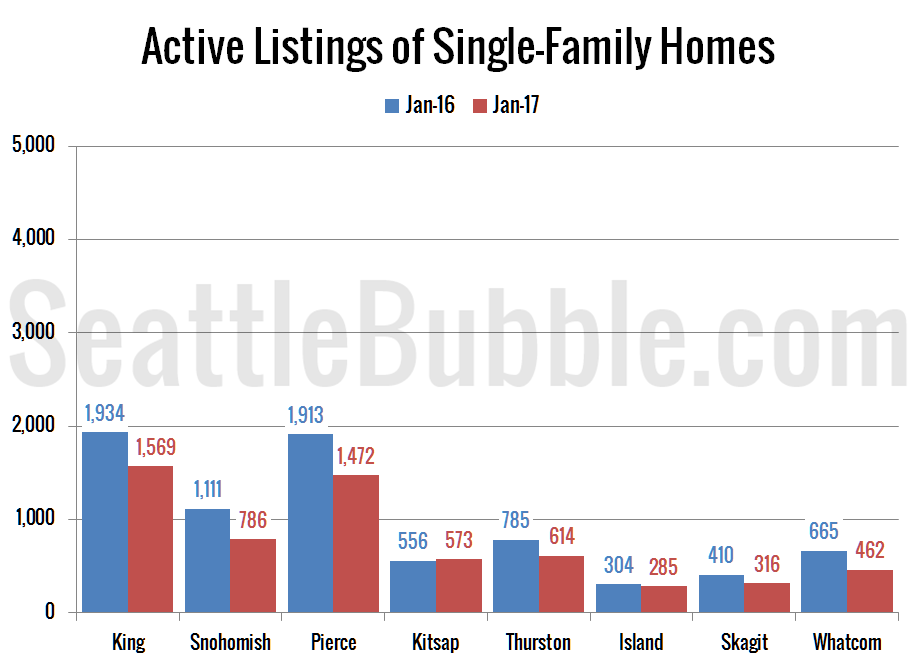 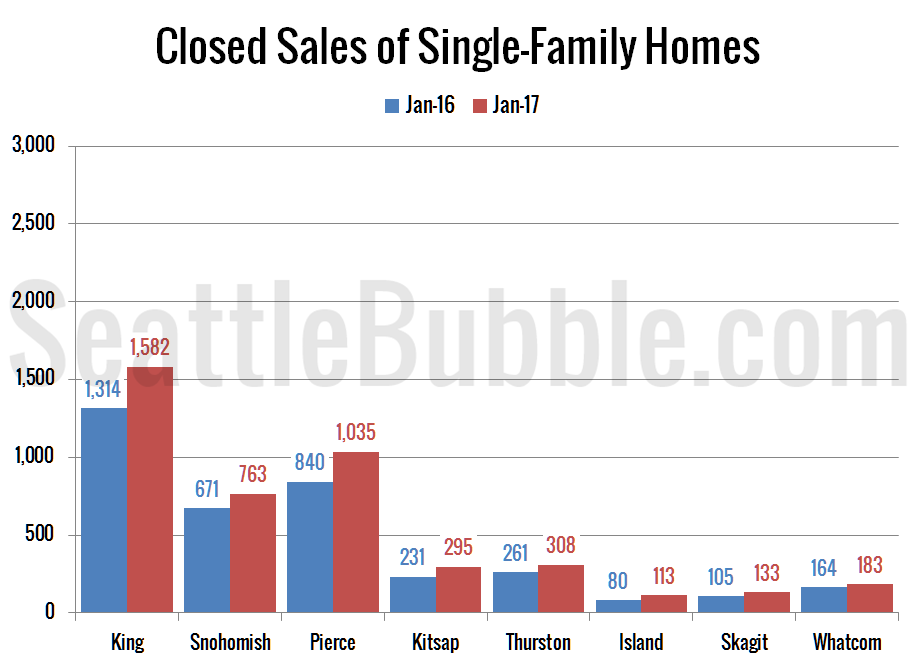 Months of supply was worse in every single county than it was at this time last year. Nowhere is it even close to a balanced market, but Island, Skagit, and Whatcom are at least not quite as terrible as King, Snohomish, and Pierce. 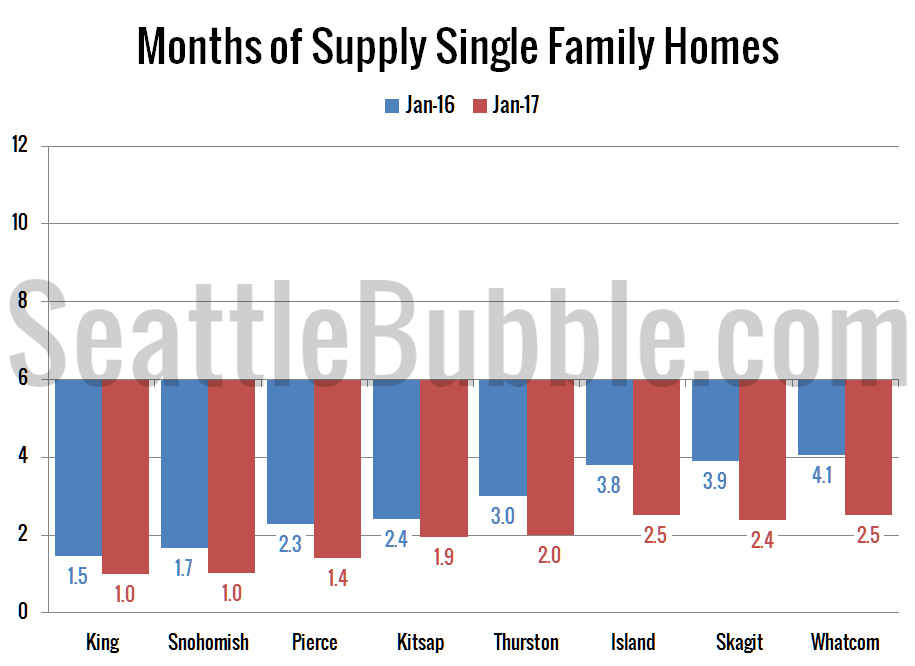 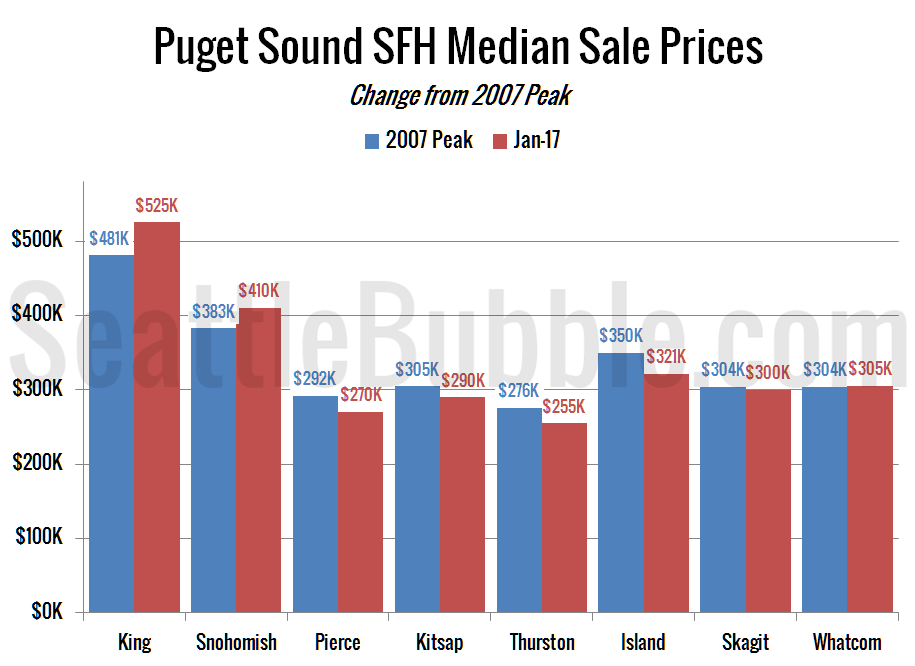 In summary: Winter has been brutal for homebuyers in the Puget Sound area. Even way up north and down south competition is heavy and listings are rare. There are currently no signs on the horizon that it will let up any time soon.