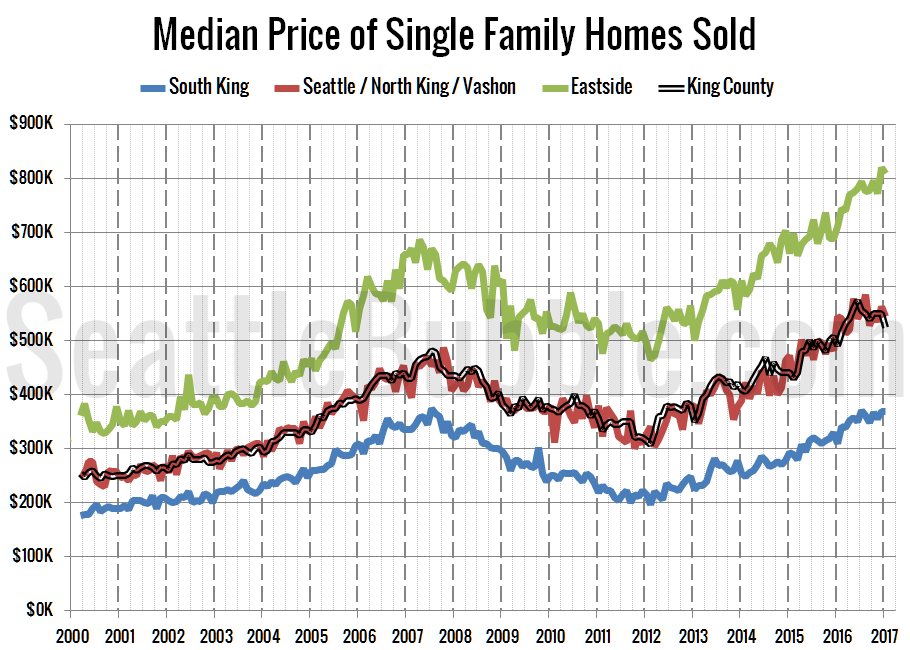 It’s been quite a while since we took a look at the in-county breakdown data from the NWMLS to see how the sales mix shifted around the county.

Here’s where each region’s median prices came in as of January data: 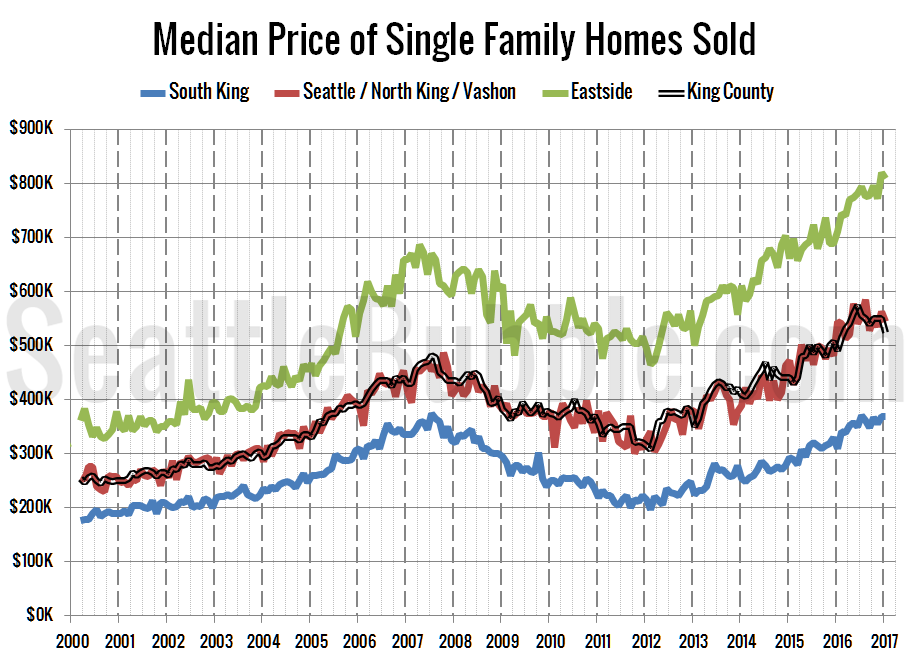 Twenty-five of the twenty-nine NWMLS regions in King County with single-family home sales in January had a higher median price than a year ago, while Fifteen had a month-over-month increase in the median price. 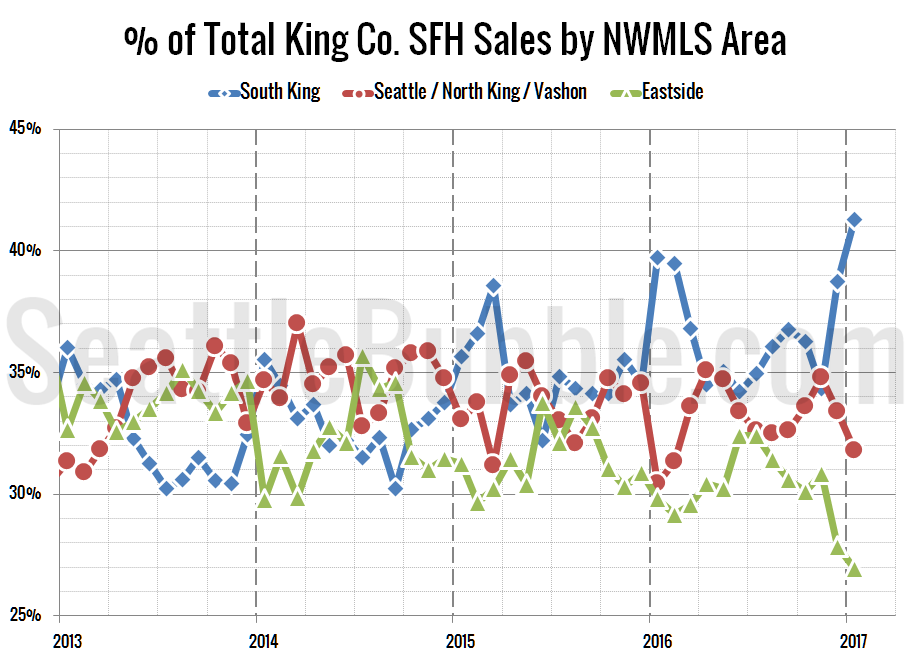 Meanwhile, year-over-year sales were up considerably in all three tiers. Compared to a year ago, sales increased 25.1 percent in the low tier, rose 25.8 percent in the middle tier, and gained 8.7 percent in the high tier.

The interesting thing is the strong shift in the sales mix in recent mix away from the high tier and into the low tier. 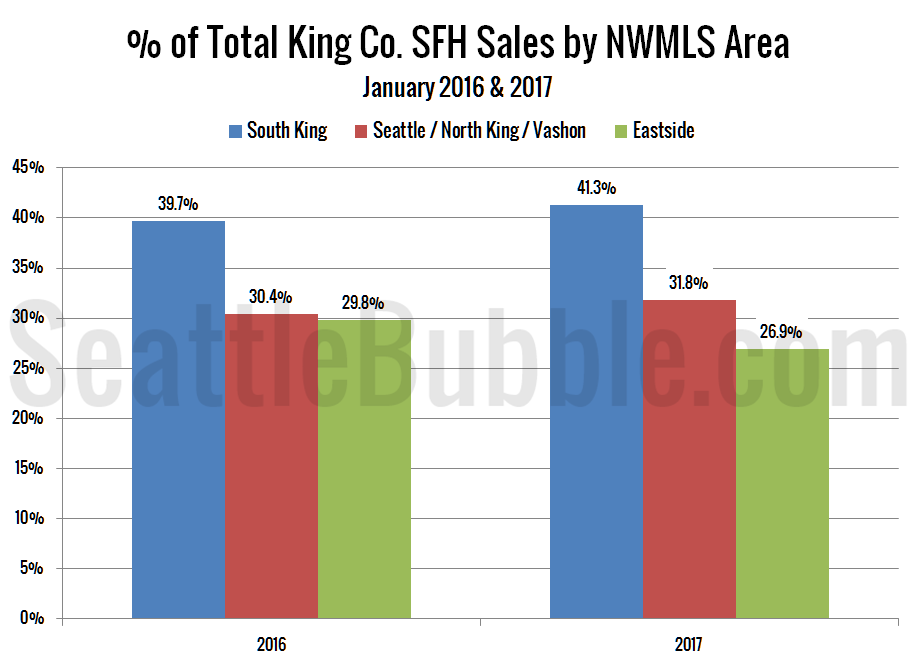 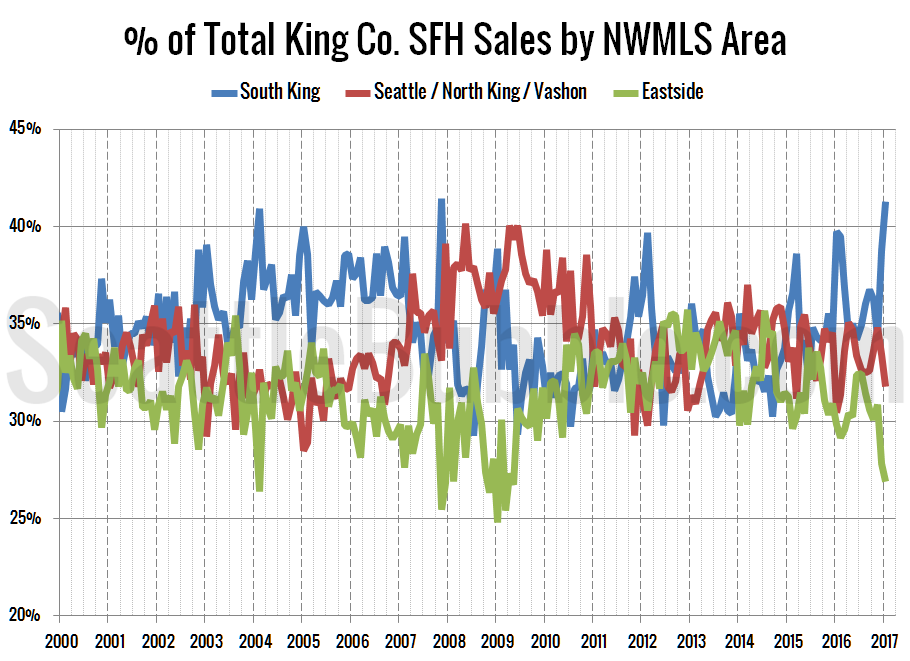 With sales shifting strongly into the lower-priced regions, it’s no surprise that the county-wide median price fell slightly. The last time this large a share of sales were in the low-tier parts of the county was in November 2007, just a few months after home prices peaked.