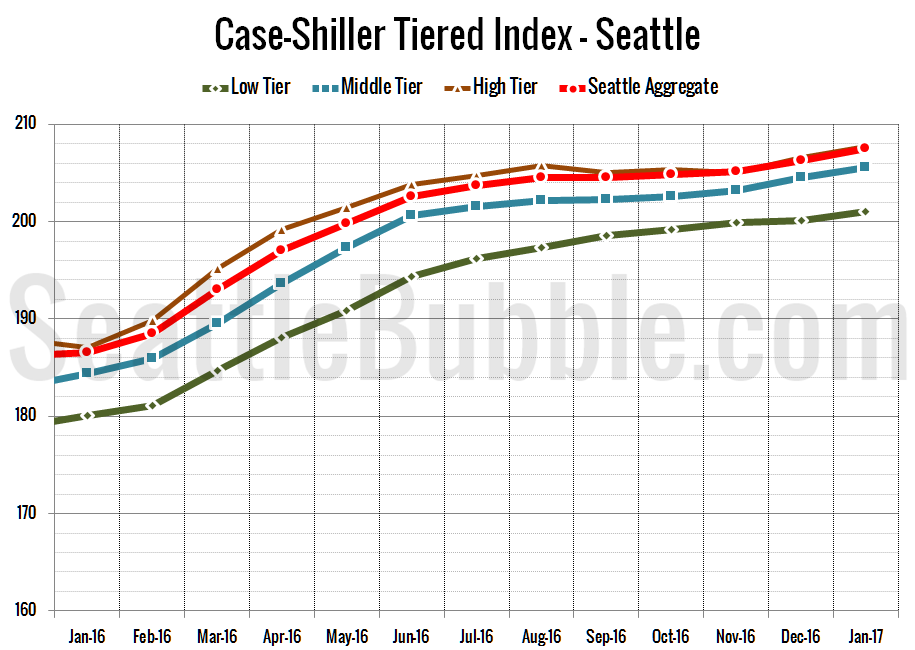 It is a little late for this but it’s been a few months so I wanted to make sure we posted the update on Case-Shiller’s three price tiers.

First up is the straight graph of the index from January 2000 through January 2017. 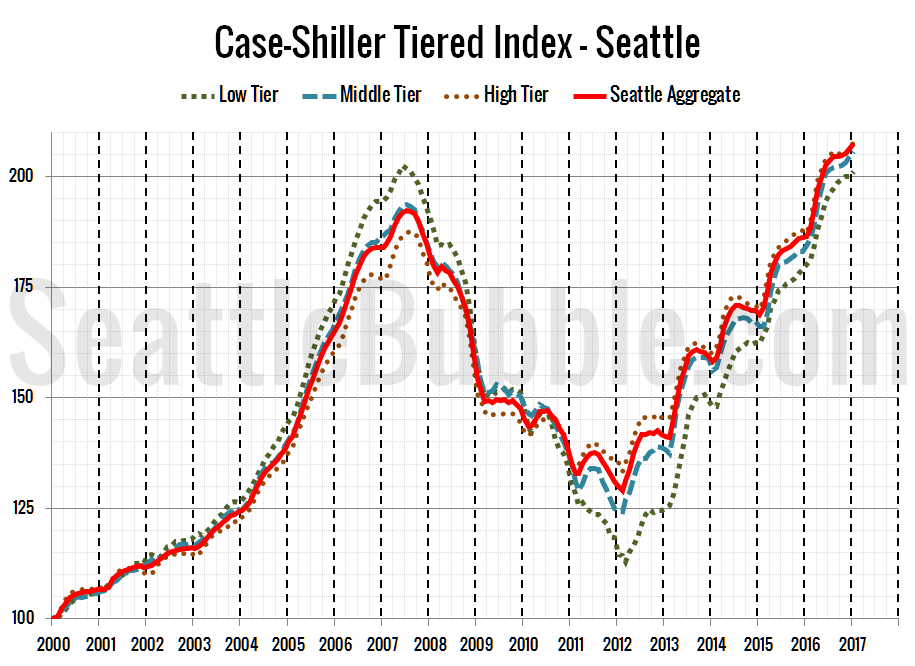 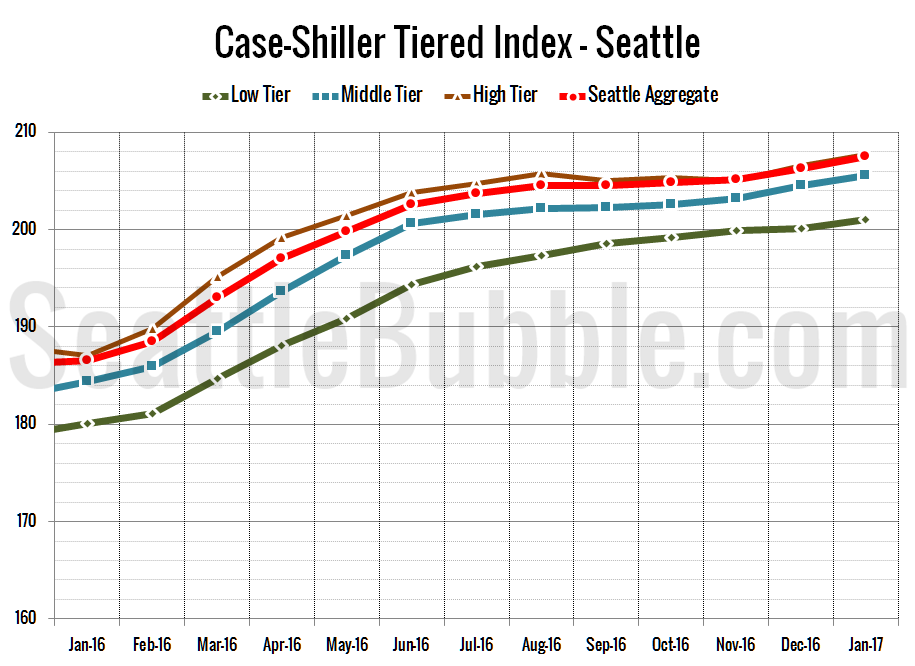 All three tiers are increasing month-over-month, and look to be setting up another year of big price increases.

Between December and January, the low tier increased 0.5 percent, the middle tier rose 0.5 percent, and the high tier was up 0.5 percent. Somehow this translates to an overall increase of 0.6 percent.

Here’s a chart of the year-over-year change in the index from January 2003 through January 2017. 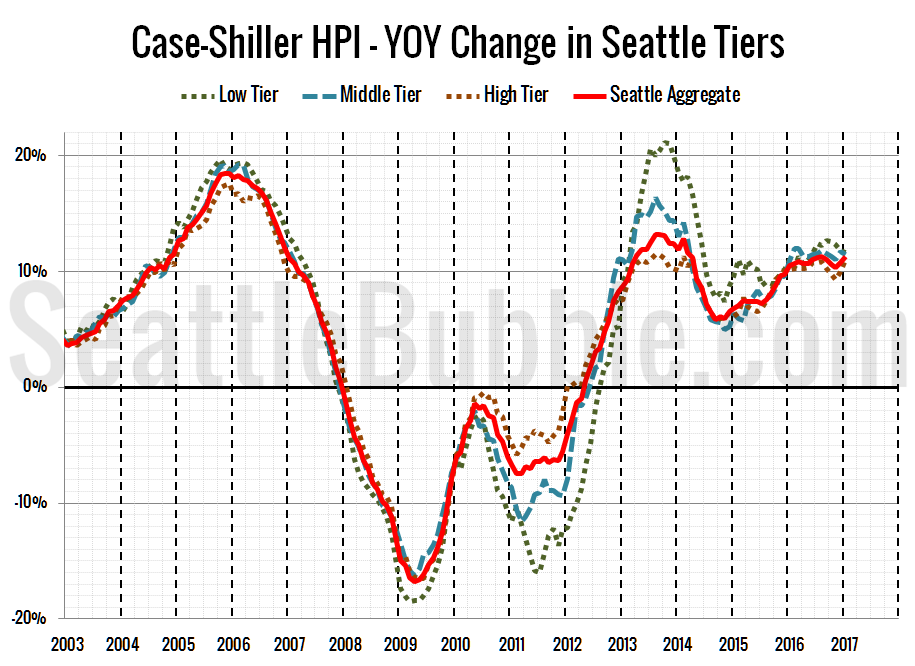 Lastly, here’s a decline-from-peak graph like the one posted earlier for the various Case-Shiller markets, but looking only at the Seattle tiers. 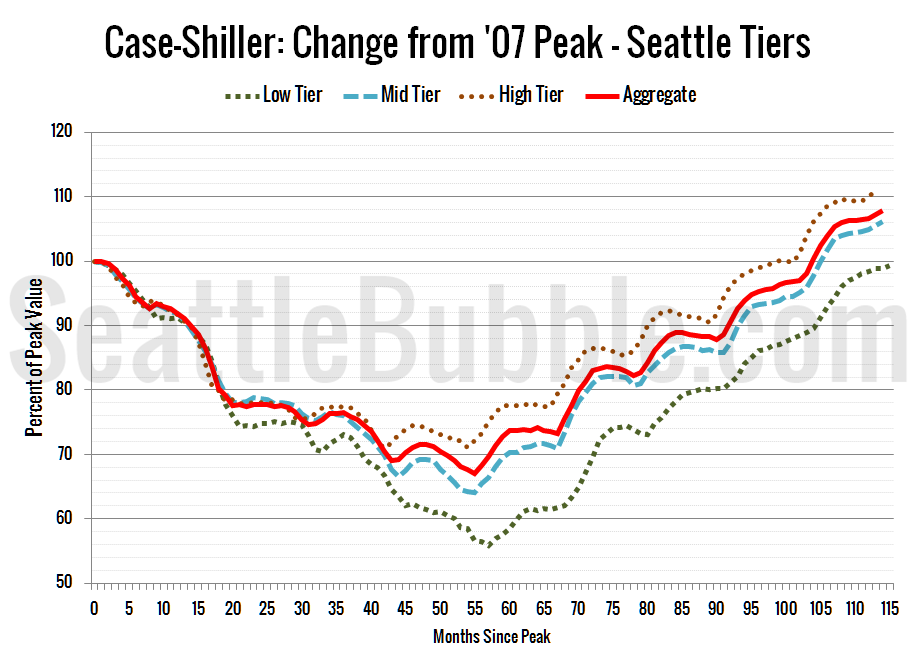