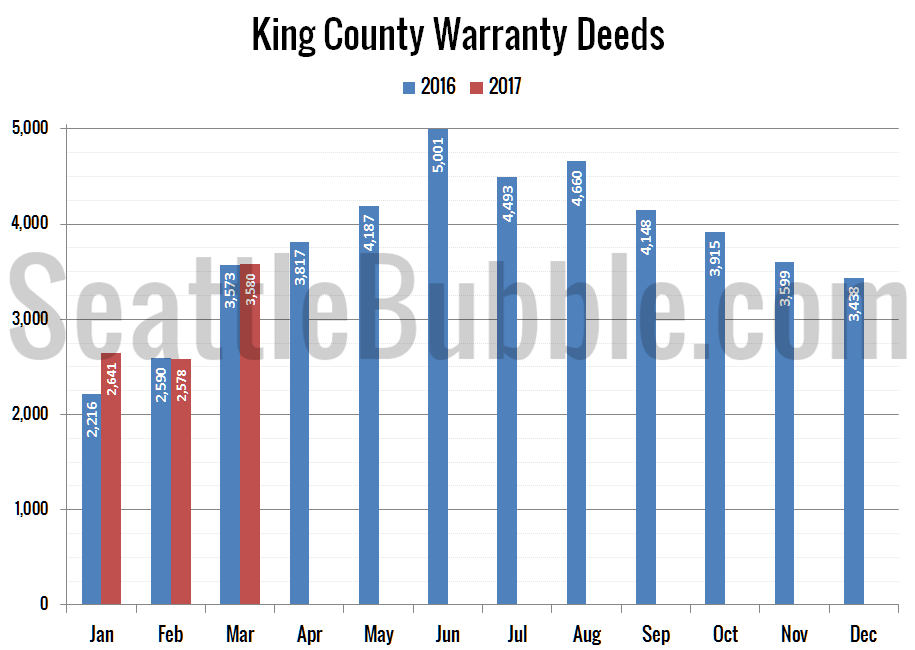 March is behind us, so let’s take a look at the local housing market stats for the month. Short story: Despite listings 20 to 30 percent lower than last year, sales are coming in at or above where they were last year. Looks like spring is shaping up to be a ridiculous homebuying frenzy. 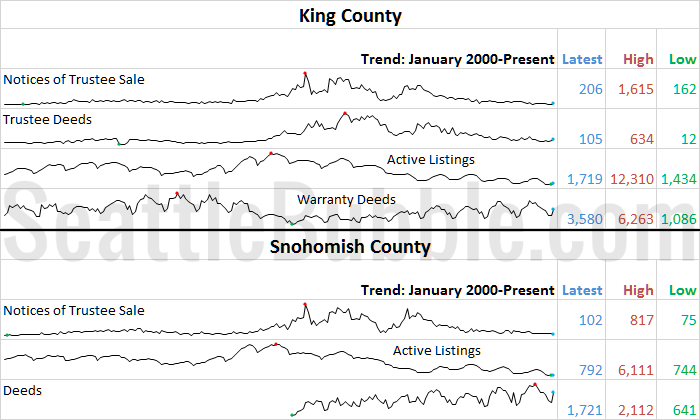 Sales shot up nearly 40 percent between February and March in both counties. Listings also increased month-over-month, but by far less. 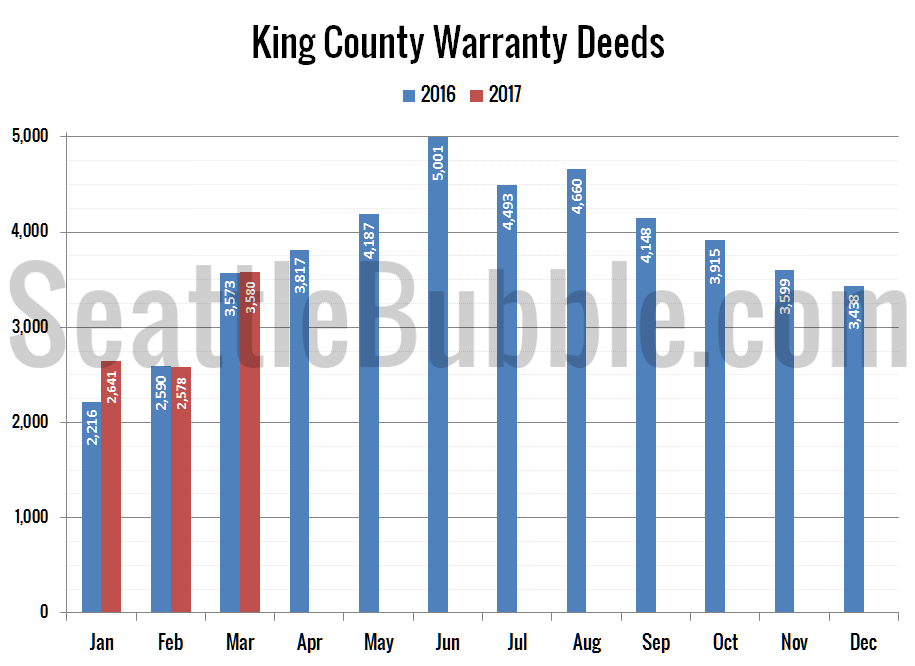 Sales in King County rose 39 percent between February and March (a year ago they rose 38 percent over the same period), and were up just slightly year-over-year. 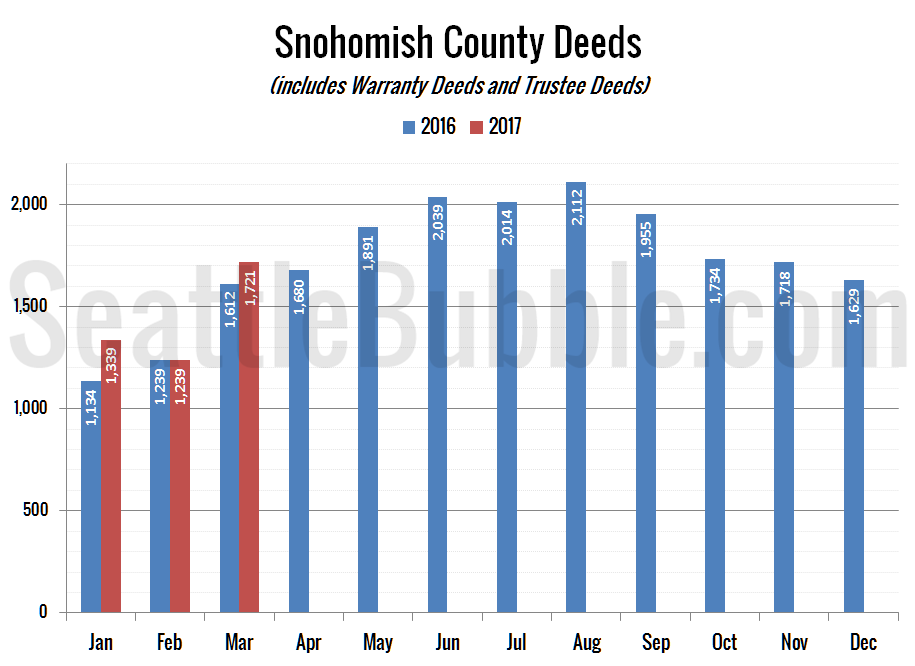 Deeds in Snohomish also rose 39 percent month-over-month (vs. a 30 percent increase in the same period last year) and were up seven percent from March 2016. 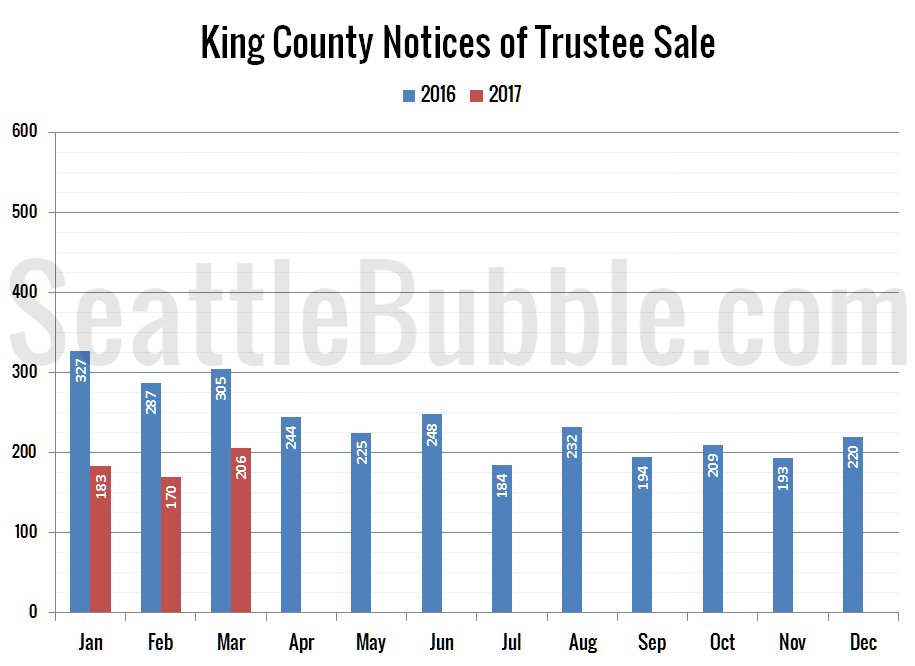 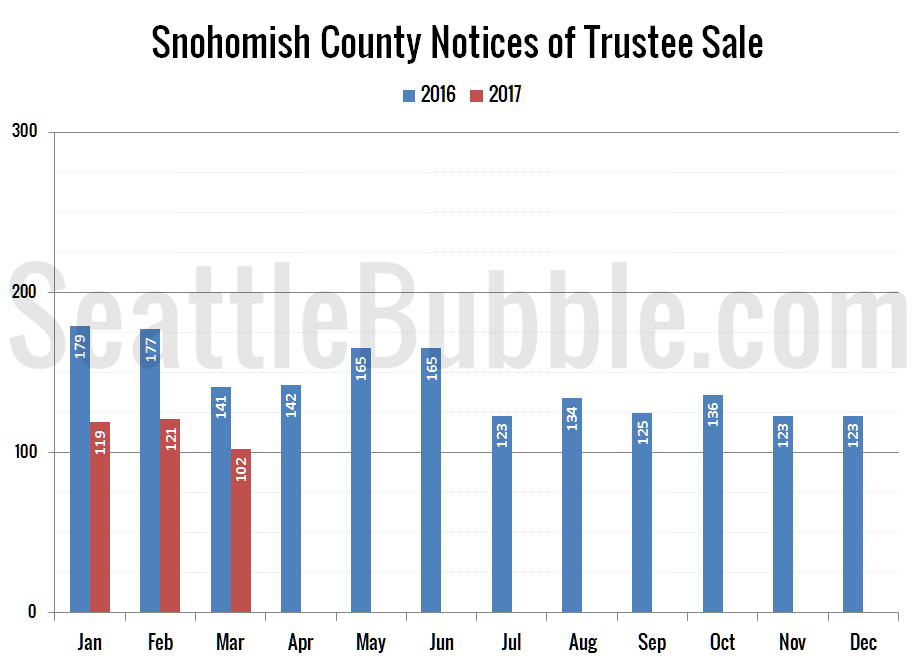 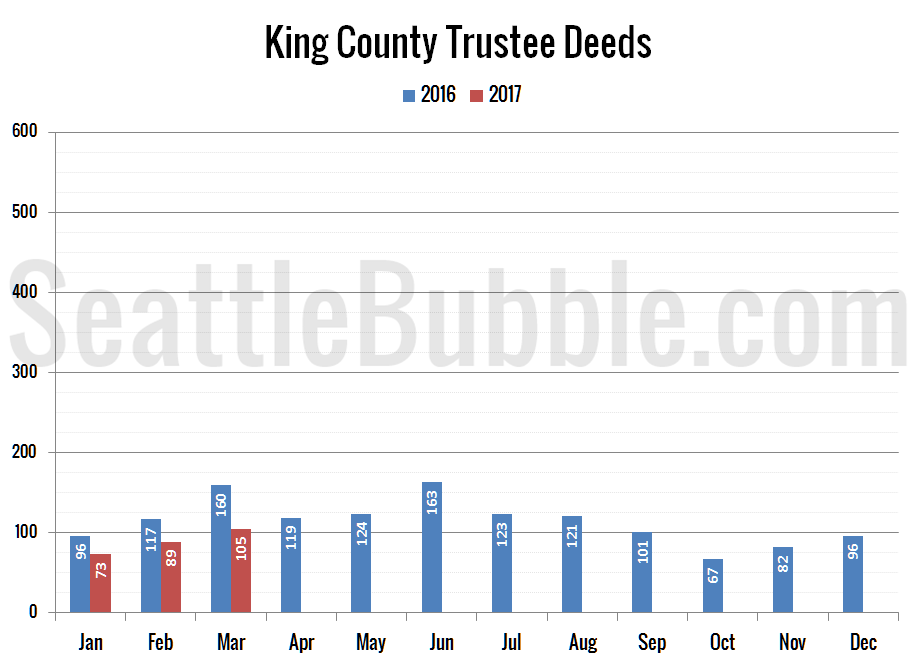 Trustee Deeds were down 34 percent from a year ago. Still basically bouncing along the bottom. 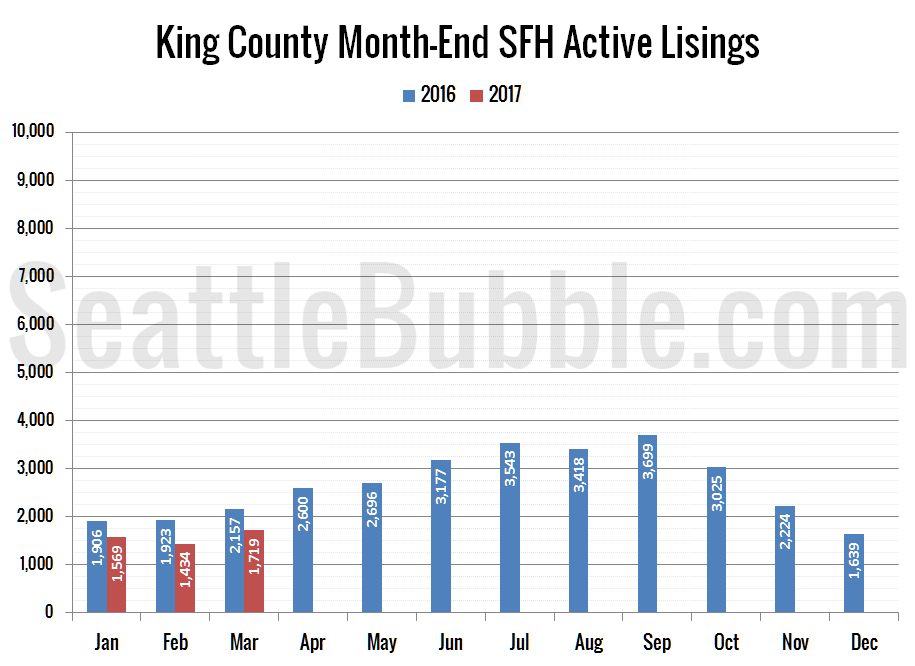 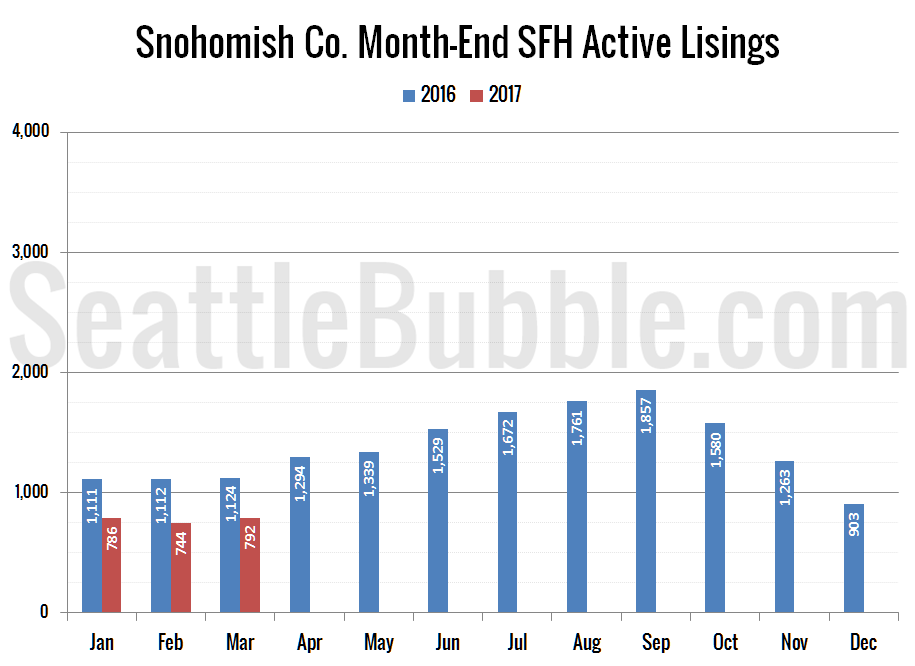 Inventory rose 20 percent between February and March in King County, but was still down 20 percent from a year earlier.

In Snohomish County it was the same basic story: Listings up 6 percent month-over-month but down 30 percent year-over-year.

At least it’s not another new record low.