Let’s take a look at regular monthly “preview” charts. Now that June is in the past let’s take a look at the local housing market stats for the month. Short story: Inventory bumped up slightly, but is still in the gutter. Sales are still very strong. 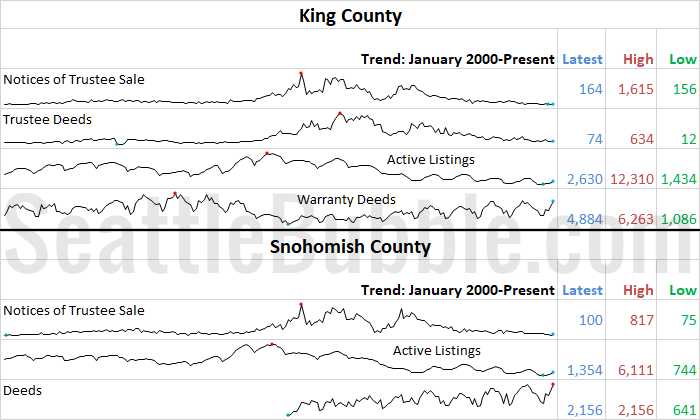 Listings are still very scarce, but at least they’ve bumped up quite a bit from the all-time low. Sales are strong, and hit their highest point since sometime before 2009 in Snohomish County. 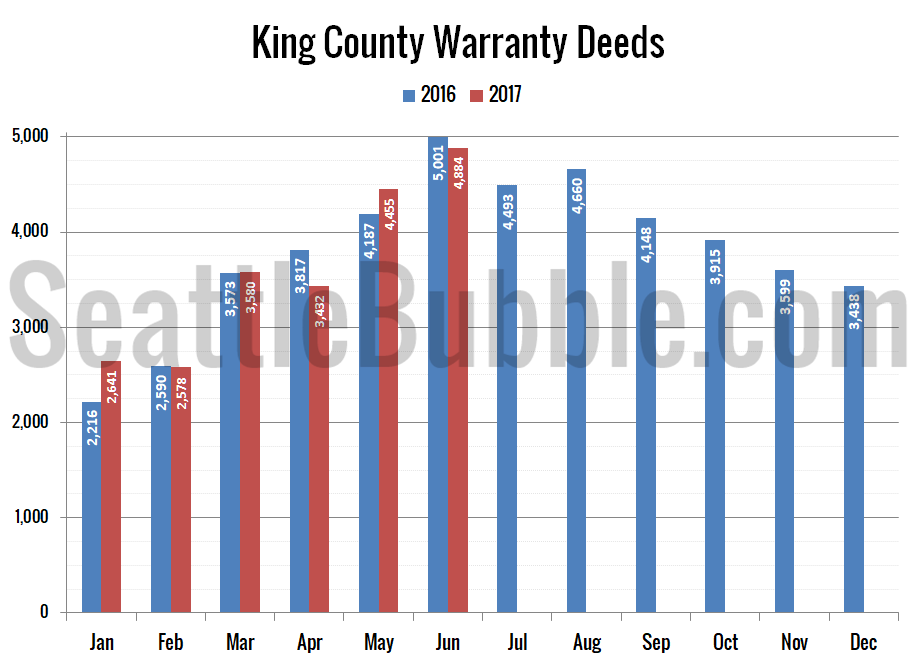 Sales in King County increased ten percent between May and June (a year ago they rose 19 percent over the same period), and were down two percent year-over-year. 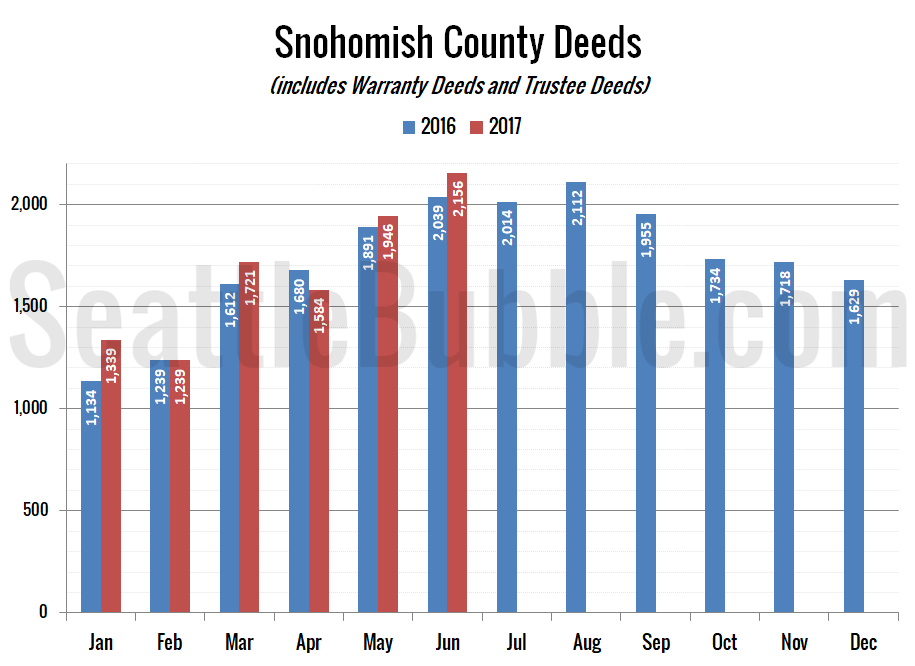 Deeds in Snohomish increased eleven percent month-over-month (vs. an eight percent increase in the same period last year) and were up six percent from June 2016. 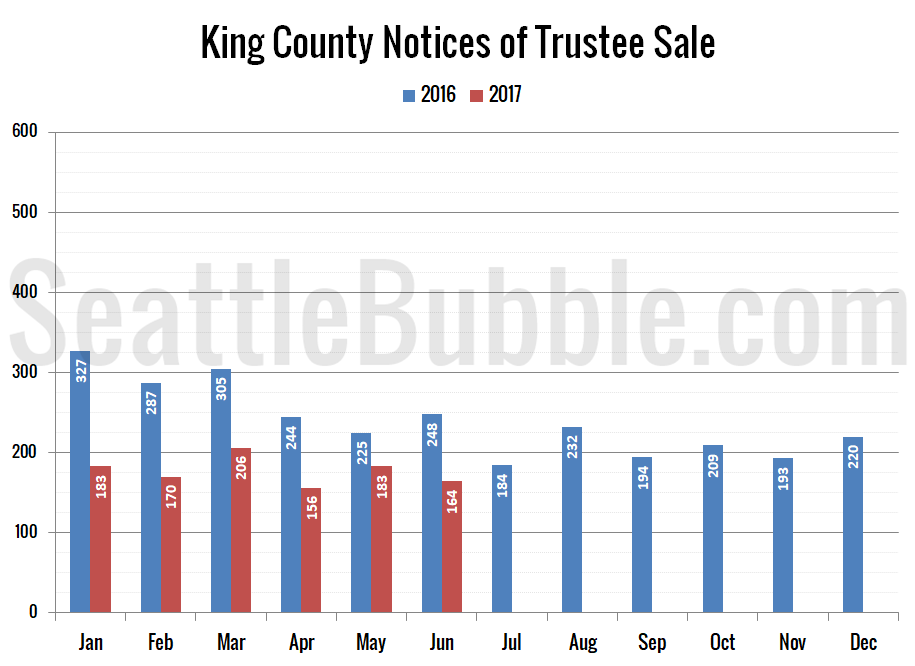 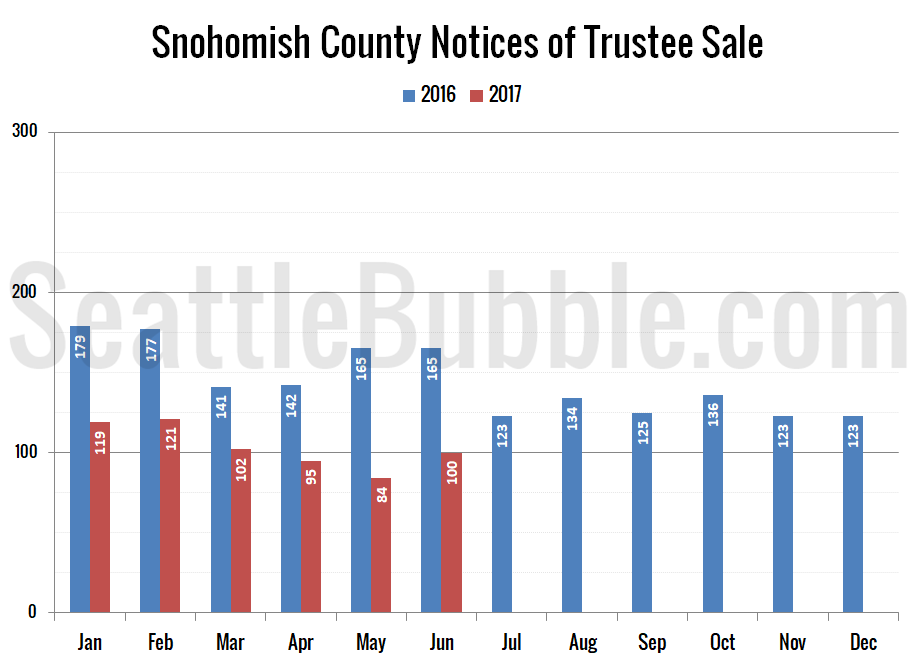 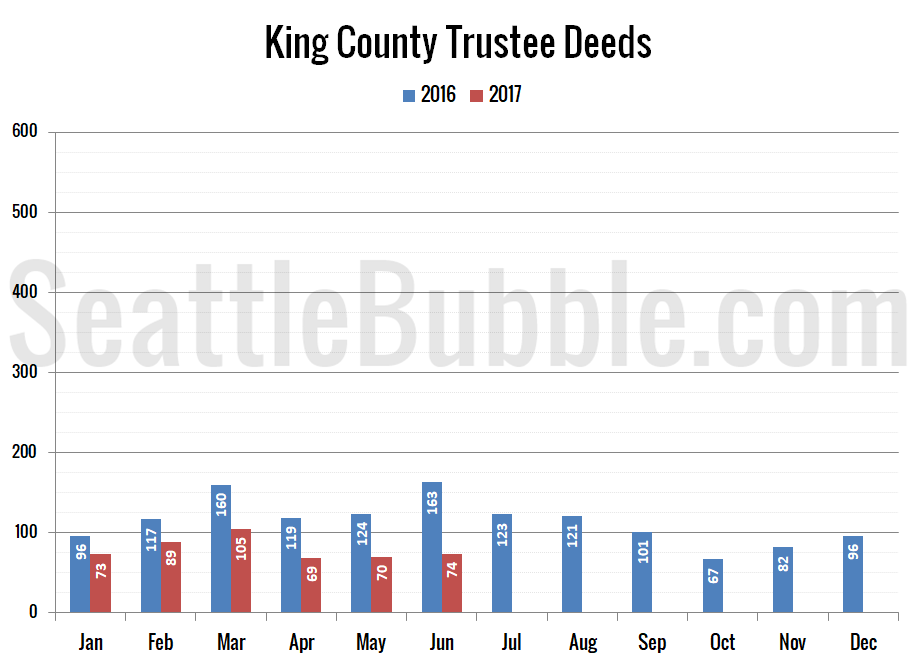 Trustee Deeds were down 55 percent from a year ago. 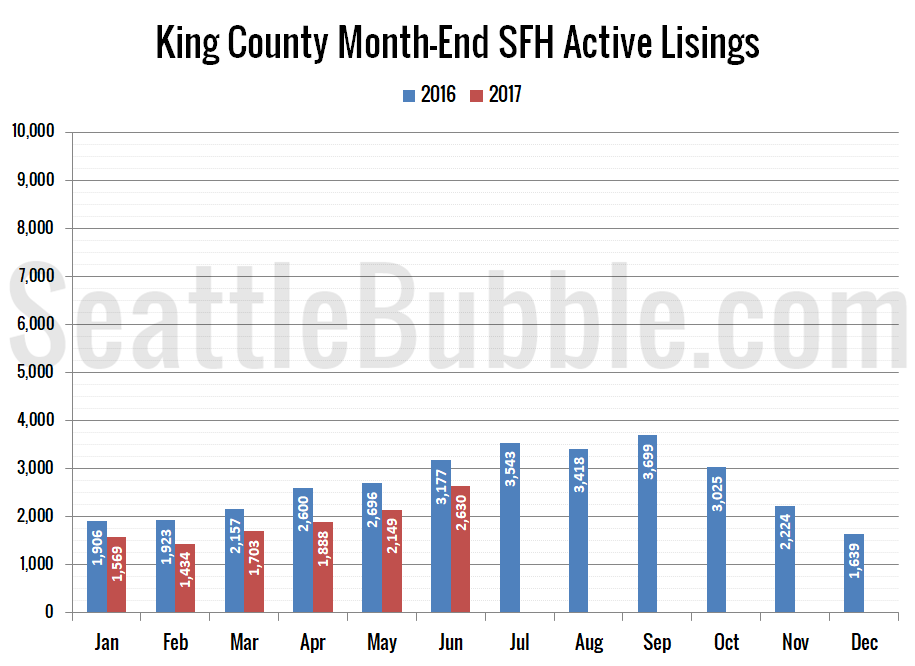 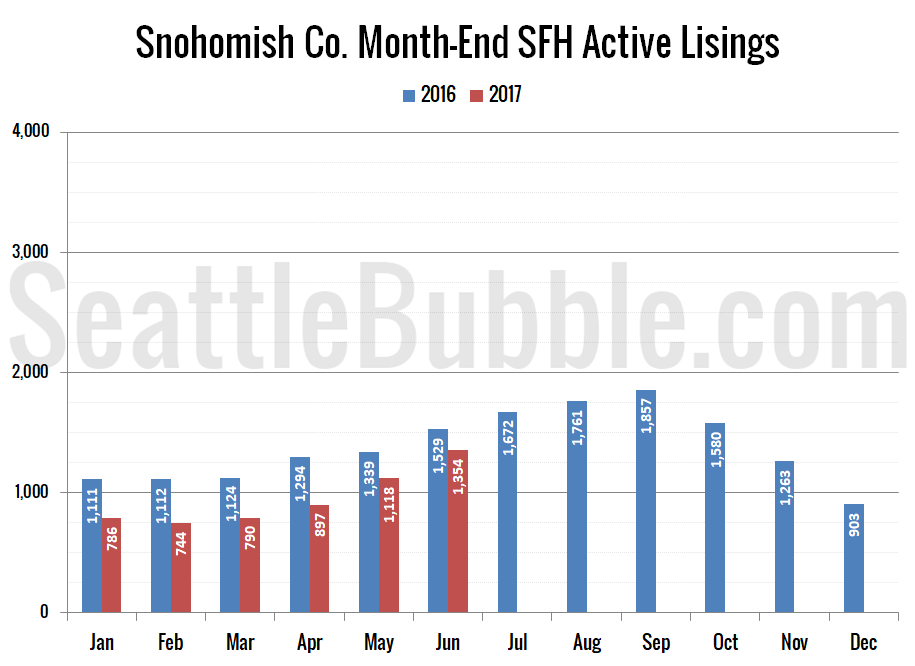 Inventory rose 22 percent between May and June in King County, but was still down 17 percent from a year earlier.

In Snohomish County it was a similar story: Listings up 21 percent month-over-month but down 11 percent year-over-year.

In both counties the month-over-month increase in listings for June was larger than it was over the same period a year ago.