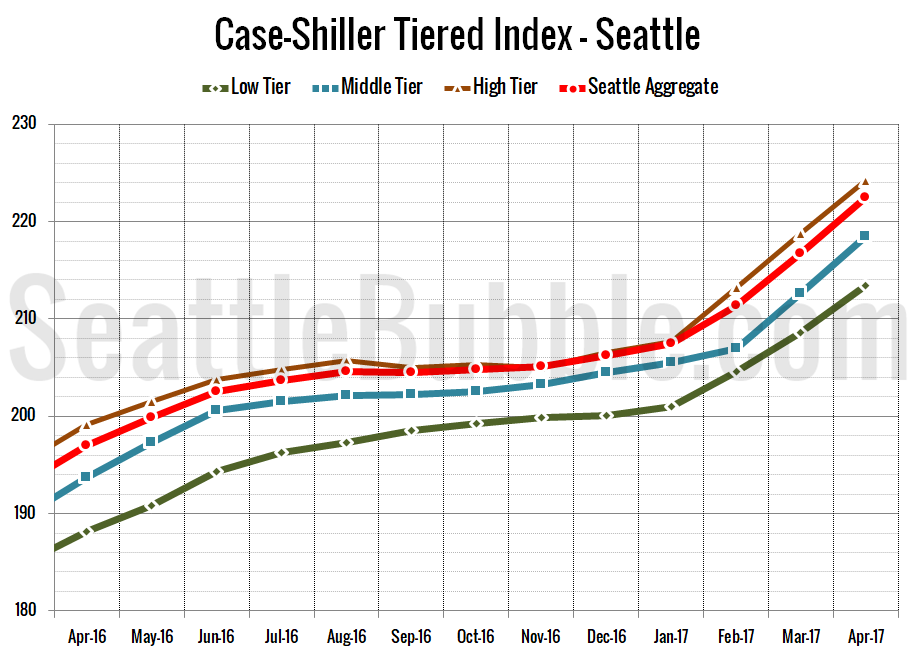 First up is the straight graph of the index from January 2000 through April 2017. 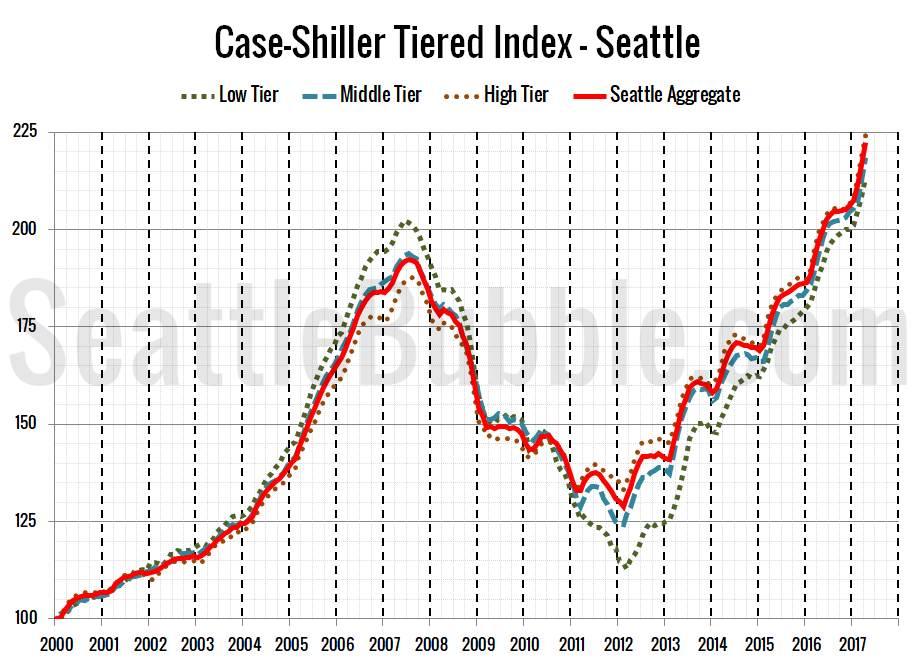 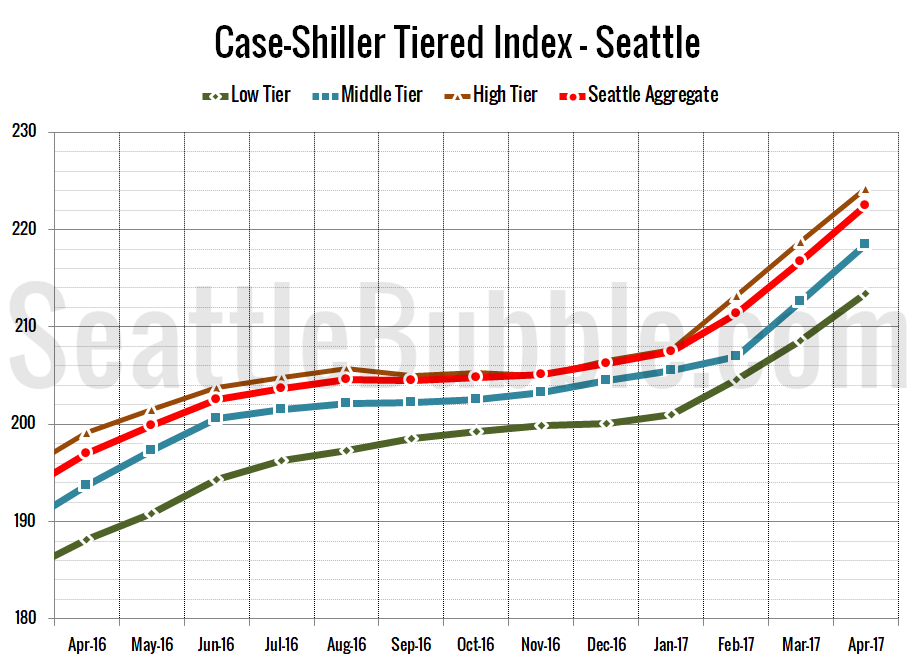 All three tiers have basically been skyrocketing month-over-month since January. Not a great sign for anyone hoping for a slowdown this year.

Between March and April, the low tier increased 2.3 percent, the middle tier rose 2.8 percent, and the high tier was up 2.5 percent.

Here’s a chart of the year-over-year change in the index from January 2003 through April 2017. 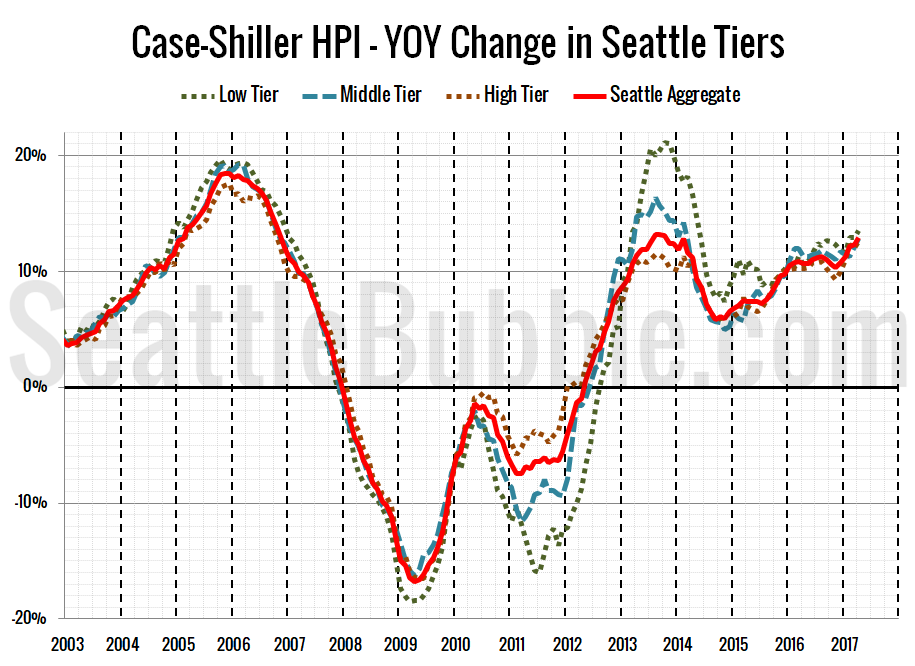 Lastly, here’s a decline-from-peak graph like the one posted earlier this week for the various Case-Shiller markets, but looking only at the Seattle tiers. All three tiers are now above their previous peak levels. 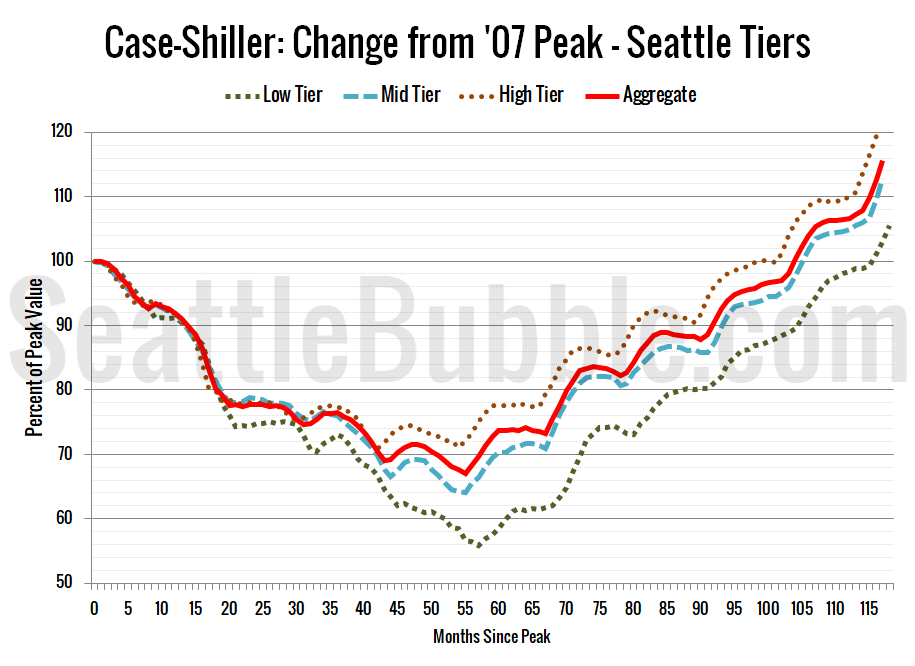