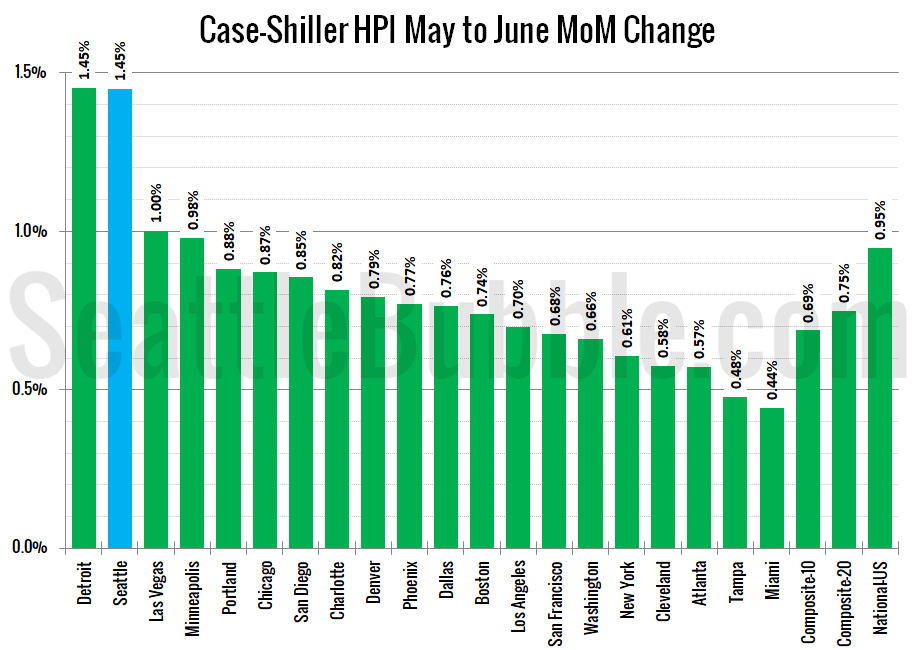 Let’s have a look at the latest data from the Case-Shiller Home Price Index. According to June data that was released this morning, Seattle-area home prices were:

Home price growth in Seattle as measured by Case-Shiller show no signs of slowing. Seattle leads the nation yet again in year-over-year home price growth. However, there was one city that passed Seattle in month-over-month price gains in June—Detroit, of all places.

Seattle’s rank for month-over-month changes hit #1 in February and has held that position since then, through May. 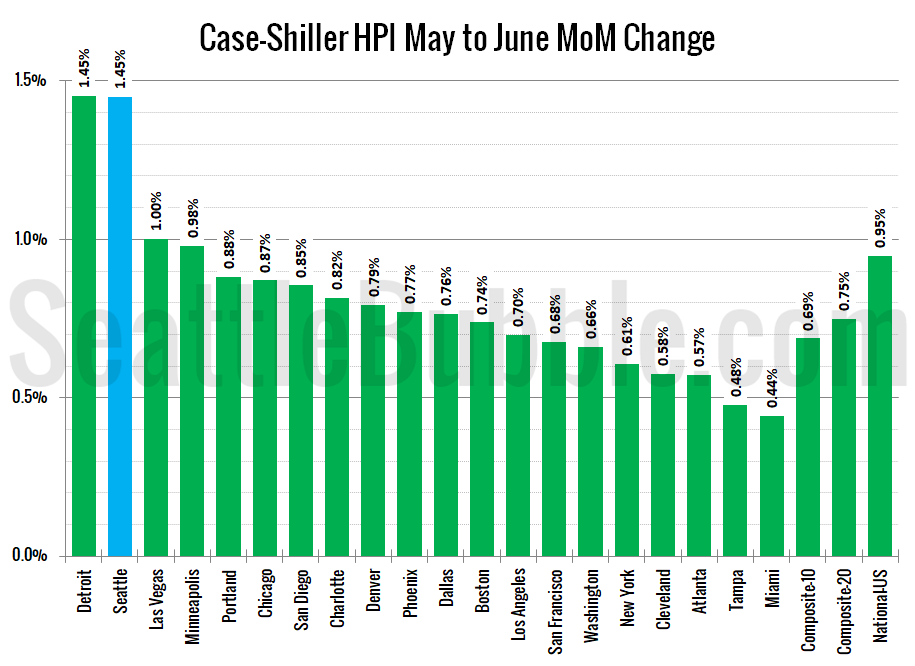 Seattle’s year-over-year price growth edged up yet again from May to June, to a new post-peah high. The highest level since October 2006. Yet again in June, none of the twenty Case-Shiller-tracked metro areas gained more year-over-year than Seattle. In fact, none of the other cities even saw double-digit growth. From February through August of last year, Portland had been in the #1 slot above Seattle.

Here’s the interactive chart of the raw HPI for all twenty metro areas through June. 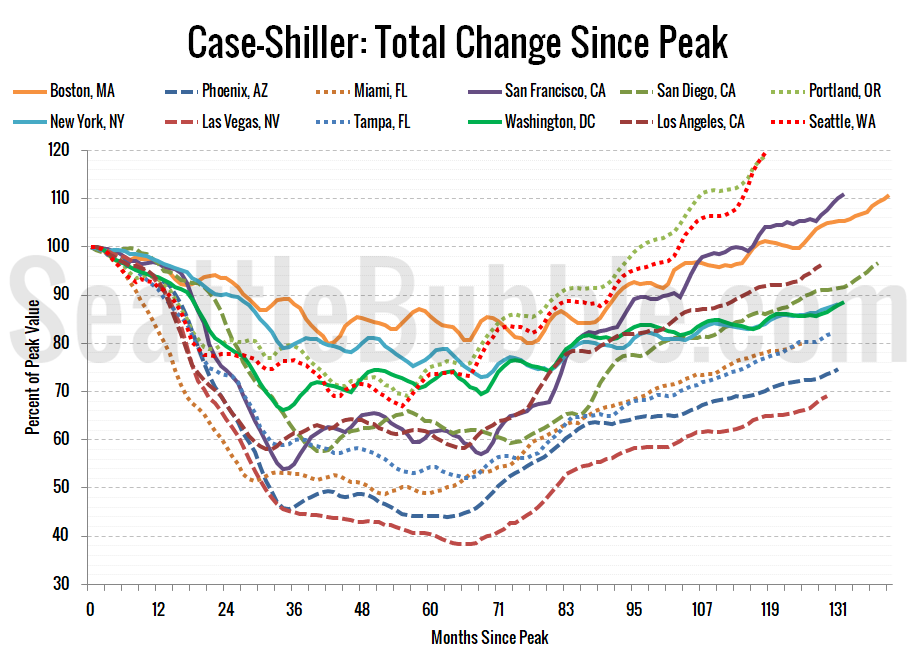 In the 119 months since the price peak in Seattle prices are up 19.4 percent. 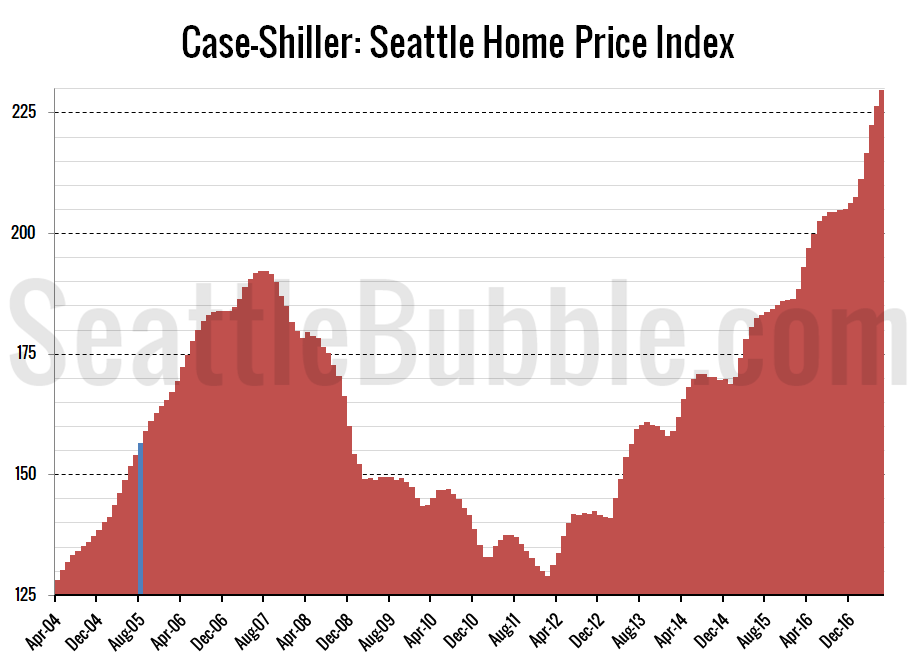