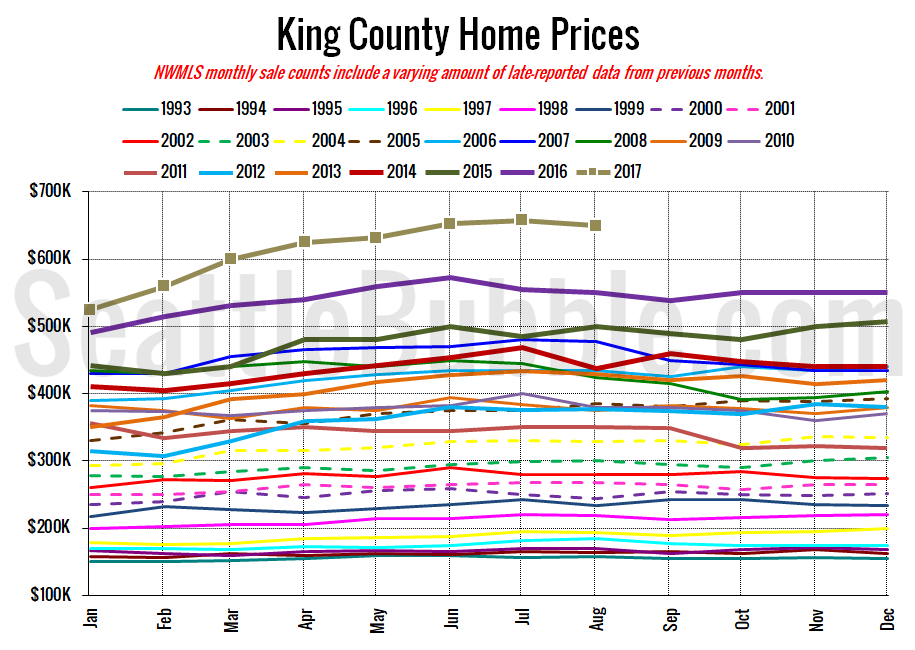 August market stats have been published by the NWMLS. Here’s a quick excerpt from their press release:

“For August, we experienced a more robust market than anticipated,” remarked Diedre Hanes, principal managing broker-South Snohomish County at Coldwell Banker Bain in Lynnwood. “Compared to years past, we’ve seen very limited slowdown,” she added.
…
“Nobody likes this market, – not sellers, not buyers, not real estate brokers,” proclaimed Northwest MLS director Dick Beeson. The reasons vary, he explained. “Sellers aren’t necessarily happy because they think they could be leaving money on the table. Buyers think they’re paying too much. And brokers think sales are more complex and fraught with peril than previously, making them harder to close.”

Beeson, the principal managing broker at RE/MAX Professionals in Gig Harbor, believes Seattle and surrounding areas are “forever changed” by this market. “The change isn’t going to be painless. Housing scarcity and increasing prices are sore spots.” Whether price increases will subside is anyone’s guess, he added.

Prices aren’t the only worry, suggested Haines. She said low appraisals occur on about one of every three sales. “The low appraisal number remains consistent at $25,000-to-$30,000 below sales price when it occurs. It makes one wonder why – coincidence or something else?” she stated.

Haines noted multiple offers are continuing, but added a note of caution to sellers: “Overpriced listings are not getting showings or offers. Buyers are well educated and well informed, which definitely eases fears of a developing bubble.”

“Everyone who is buying right now is so smart! What a great decision to buy a home in this market, no matter the price!” As if a home salesman is going to come out in a press release and suggest that buyers are ignorant and making stupid decisions. I’m not saying that’s the case for buyers today, but if it were, would agents ever say it? Of course not.

Now let’s dive into the numbers for August.

Every month I hope to see some good news for buyers in the numbers. Every month I am disappointed. Listings are still in short supply, sales are strong, and prices just keep going up at a breakneck pace. Sorry, buyers. 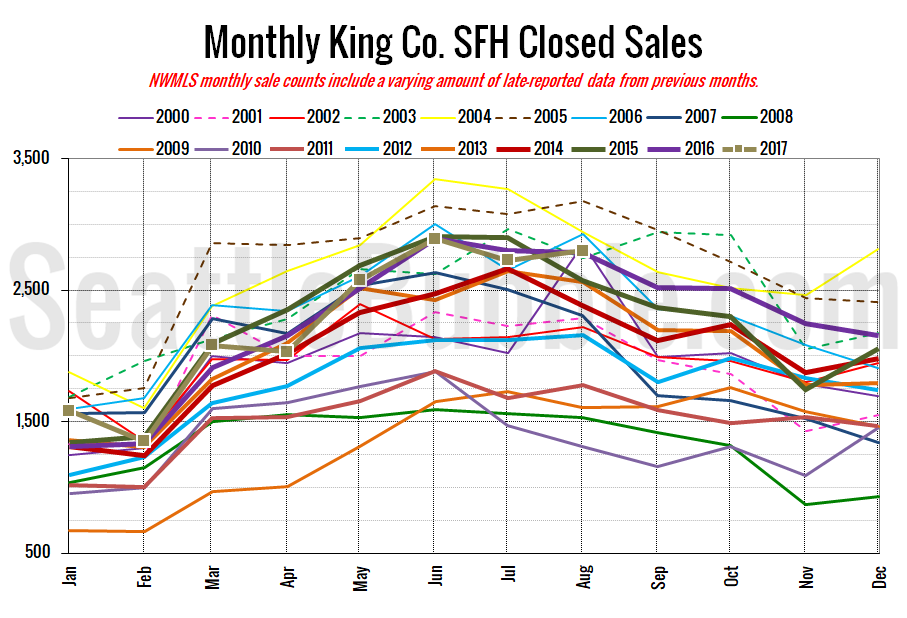 Closed sales increased three percent between July and August. Last year over the same period closed sales decreased half a percent. Year-over-year closed sales were up less than a percent. 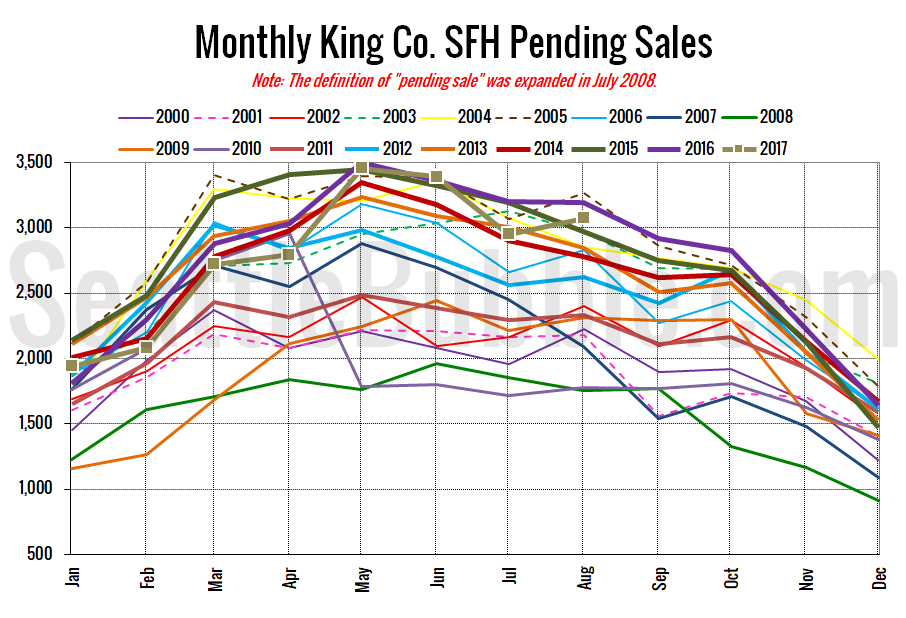 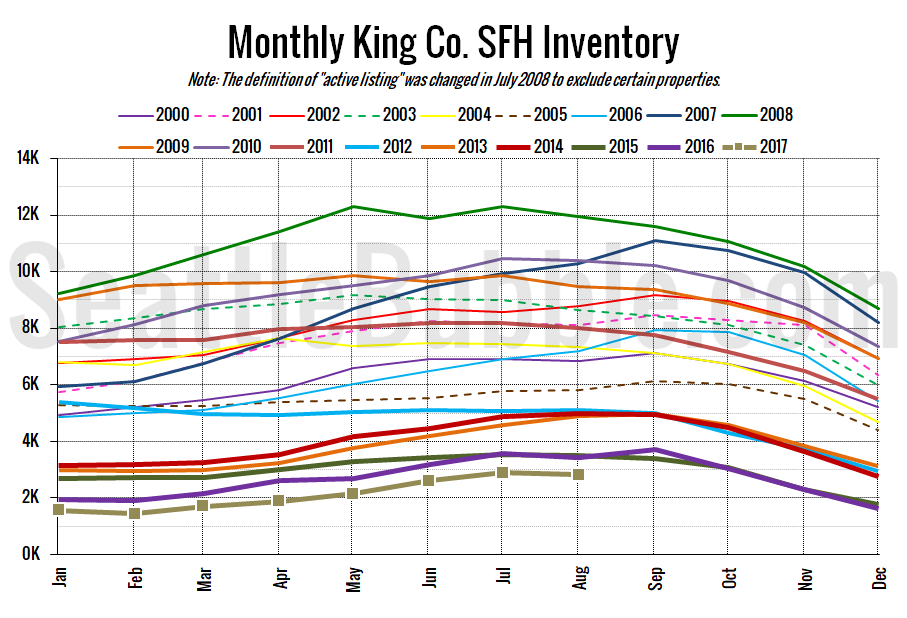 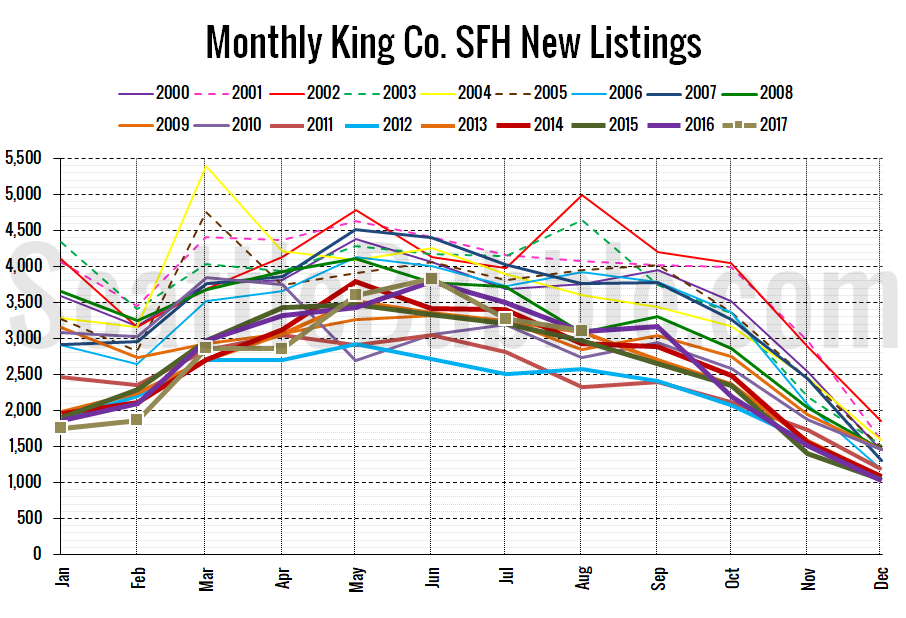 New listings were down five percent month-over-month, and up just slightly from last year. 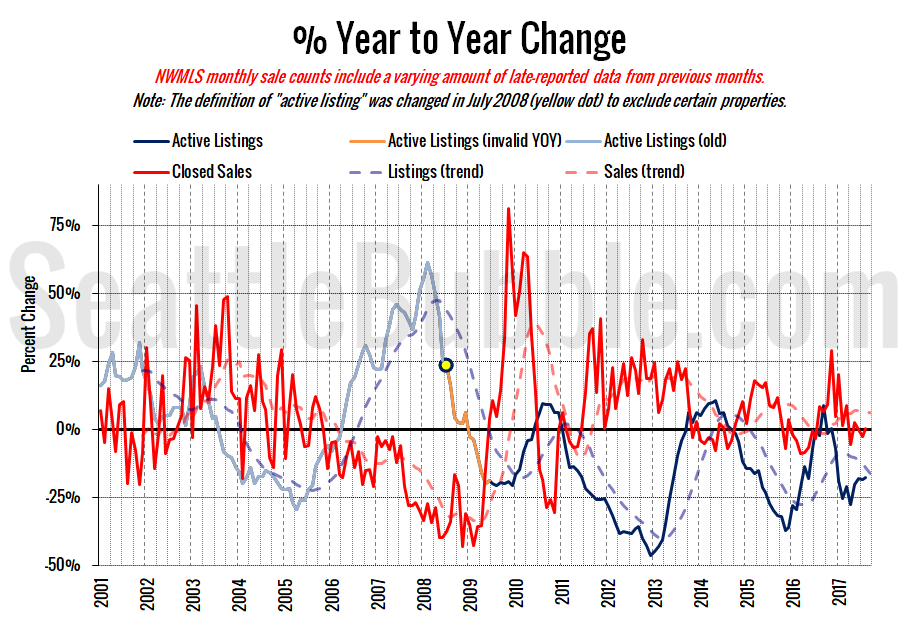 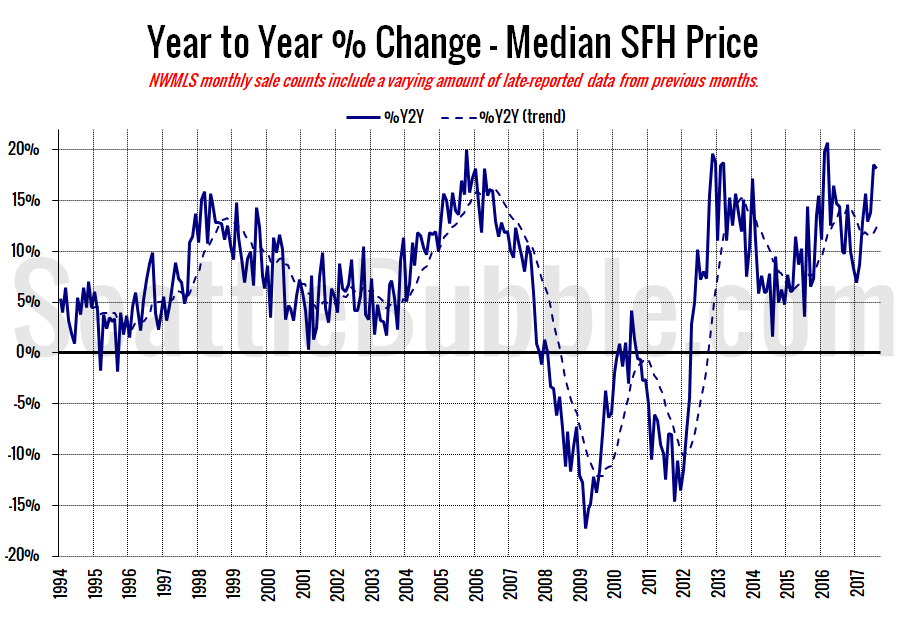 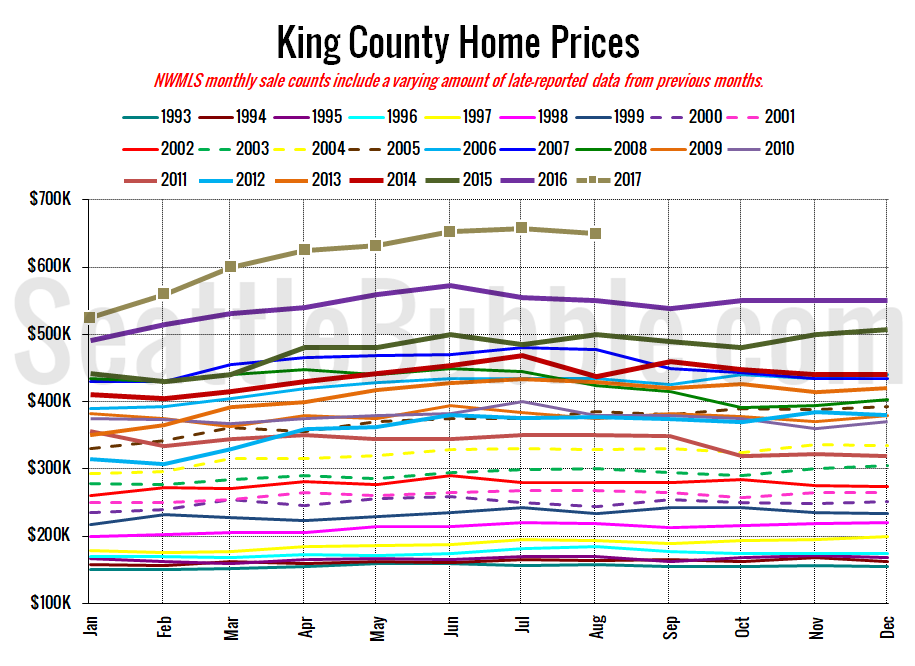 Down slightly from July, but very close to the all-time high.

Here’s the article from the Seattle Times: King County home prices surge 18 percent, most on record for this time of year