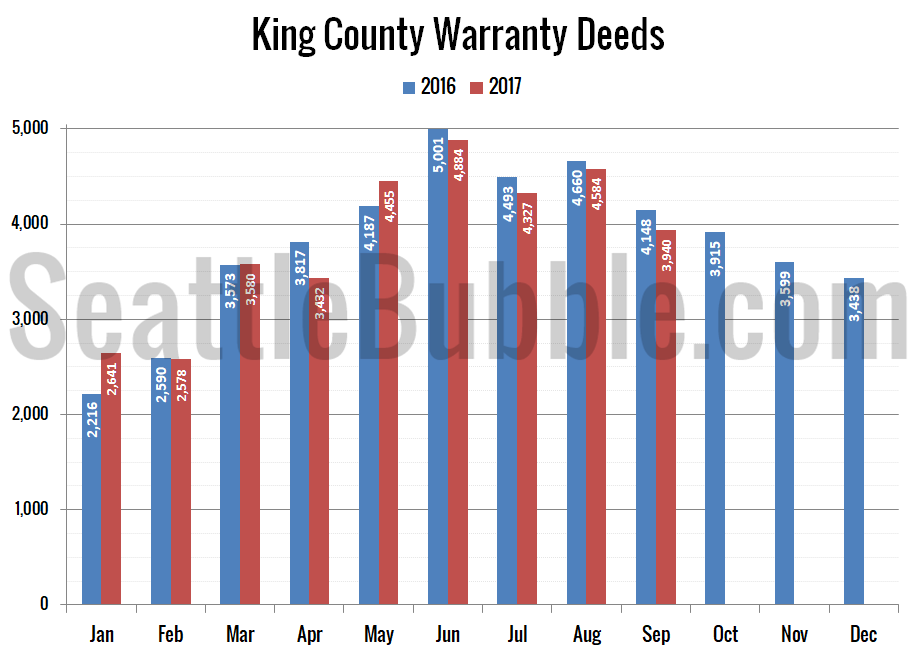 Let’s take a look at regular monthly “preview” charts. Now that September is in the past let’s take a look at the local housing market stats for the month. Short story: Inventory hit the highest point since a year ago in King County and were just slightly below last month’s high in Snohomish. Sales are still strong, and foreclosures are nearly non-existent. 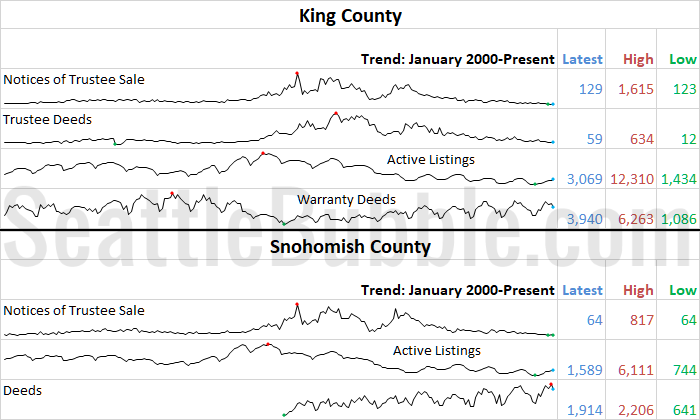 Sadly I have nothing particularly new or interesting to share about what happened in the market in September. It’s more of the same cruddy market for buyers: Listings are scarce and sales are still strong. 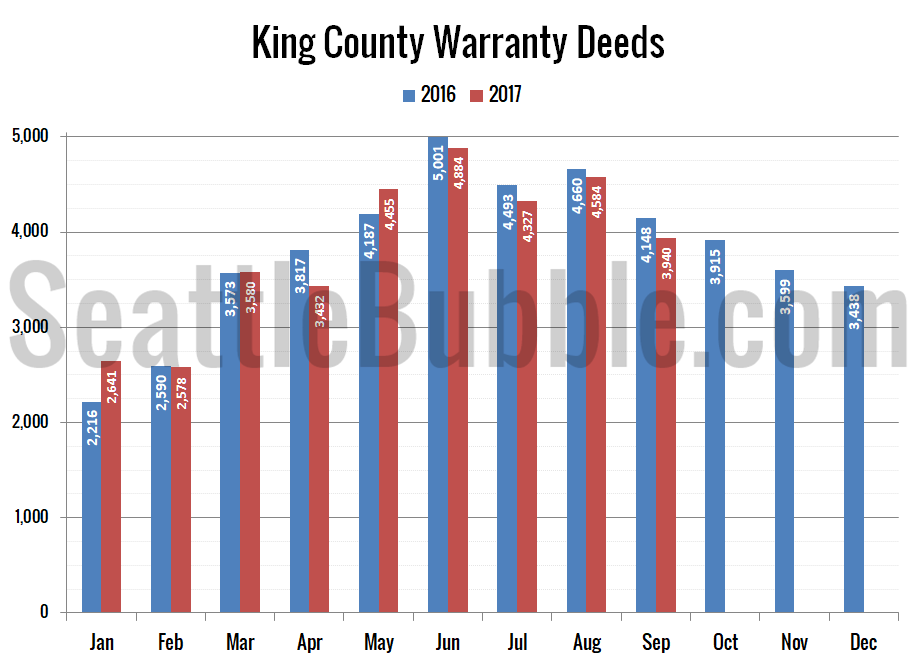 Sales in King County decreased fourteen percent between August and September (a year ago they fell eleven percent over the same period), and were down five percent year-over-year. 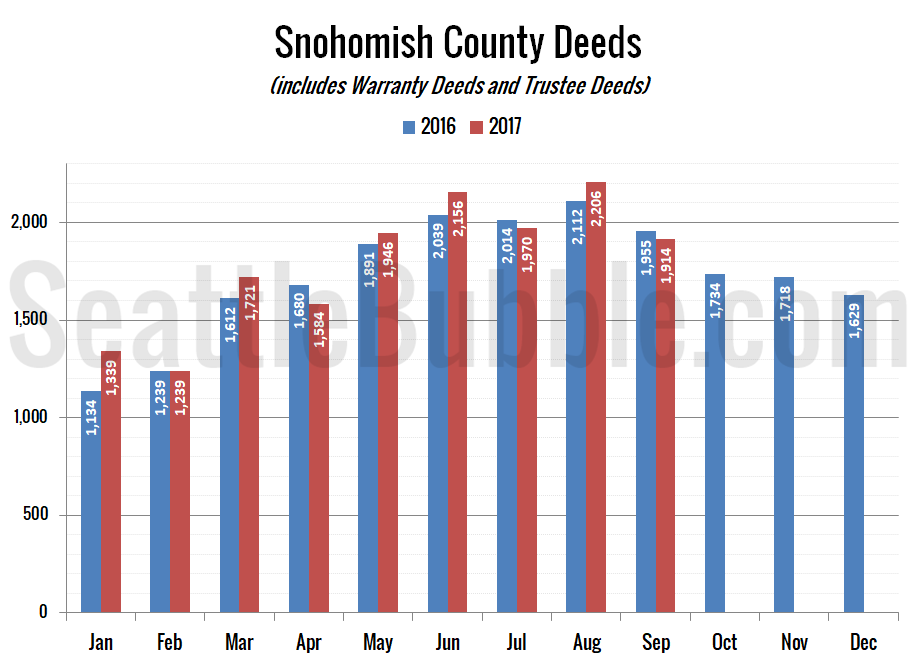 Deeds in Snohomish decreased thirteen percent month-over-month (vs. a seven percent decrease in the same period last year) and were down two percent from August. 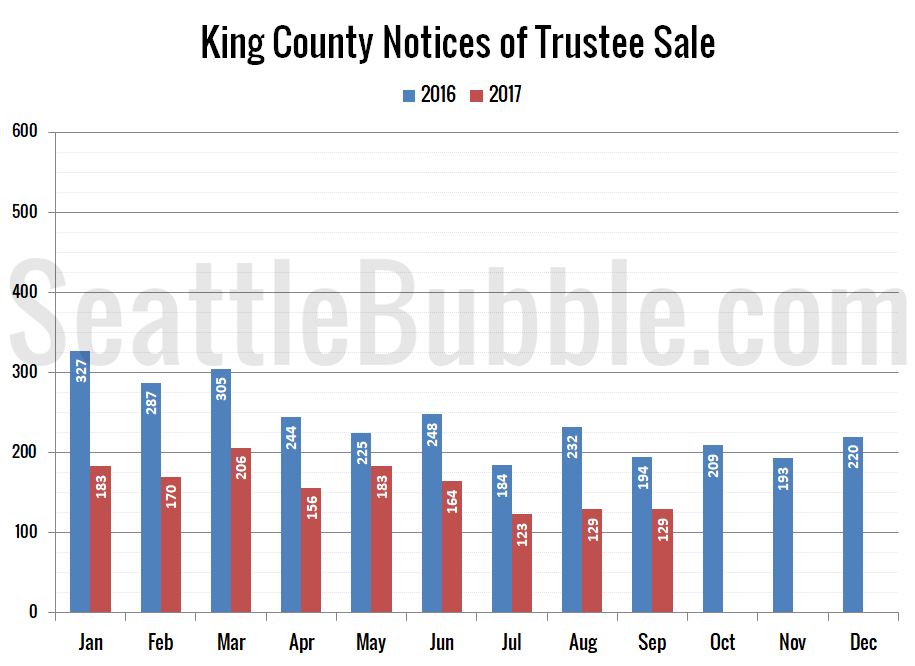 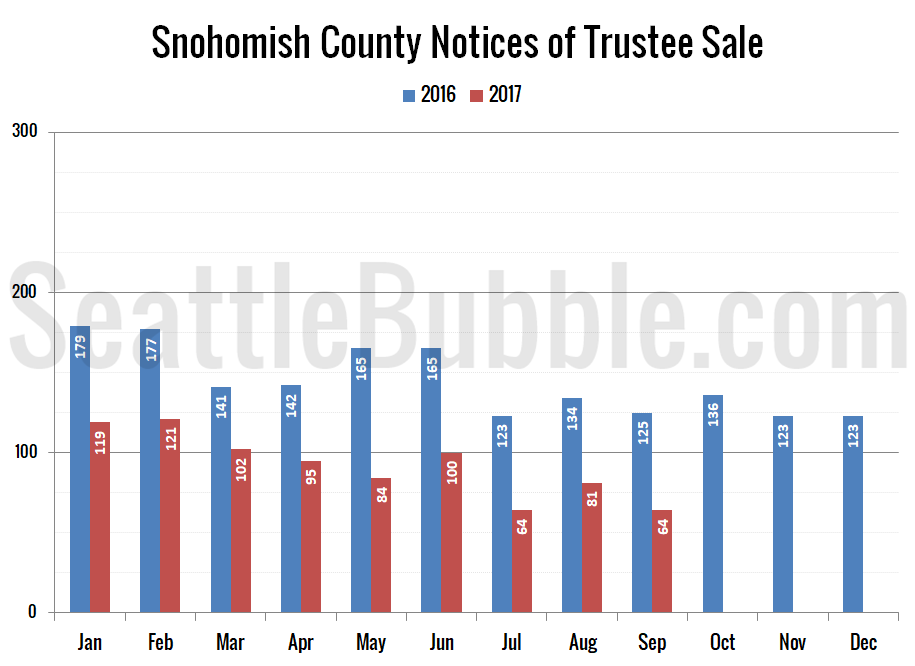 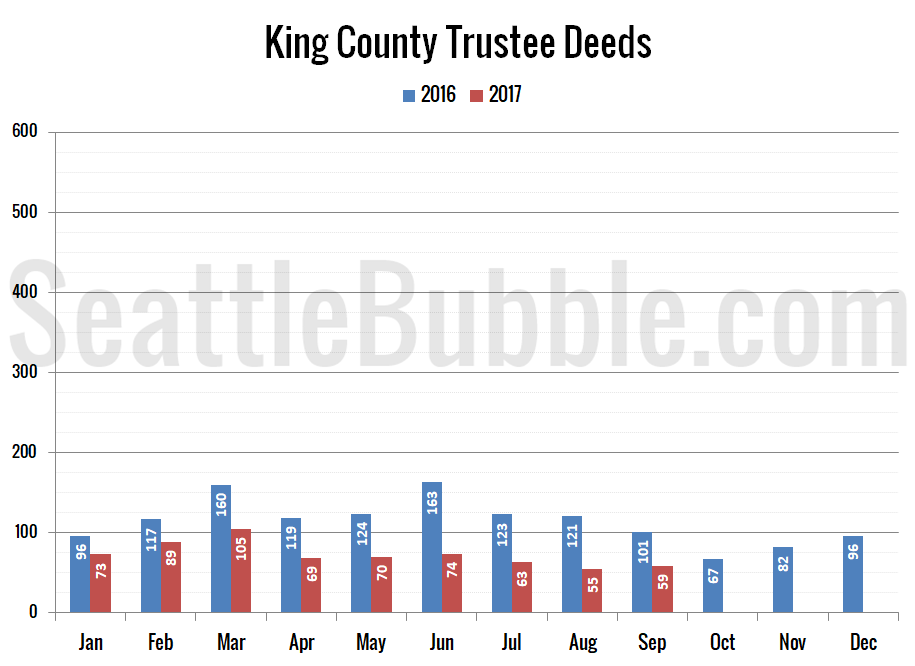 Trustee Deeds were down 42 percent from a year ago. 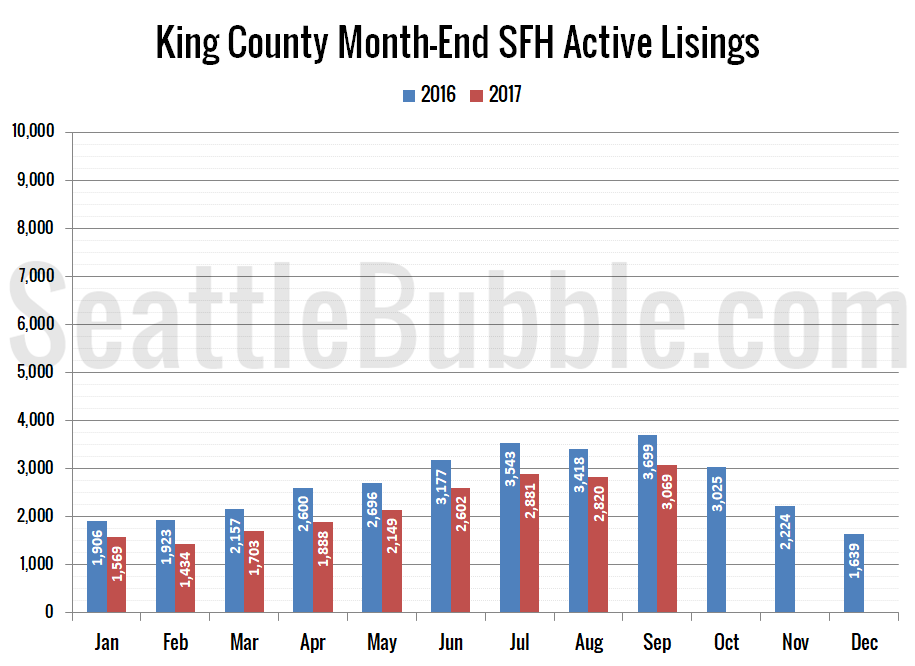 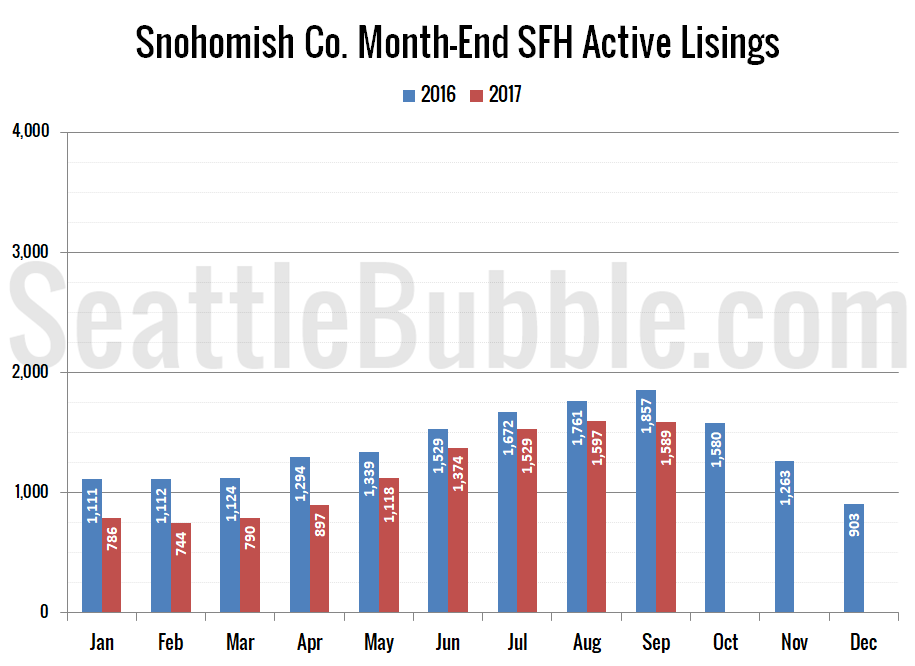 Inventory rose nine percent between August and September in King County, but was still down 17 percent from a year earlier.

In Snohomish County listings were down just barely month-over-month and down 14 percent year-over-year.