September market stats have been published by the NWMLS. Here’s a quick excerpt from their press release:

“October will be the best month for selection and availability until late February,” proclaimed J. Lennox Scott when commenting on the latest statistics from Northwest Multiple Listing Service.
…
“The pressure cooker for the housing market continues as the typical seasonal market comes into play for new listings coming on the market,” stated Scott, the chairman and CEO of John L. Scott. He noted new listings during September and October typically shrink 30 percent – and even more during the winter months – when compared to spring and summer months.
…
Buyers may be emerging on news of slightly improving supply. “For only the second time this year the available inventory was over the one-month mark in King County,” said John Deely. “A notable number of new listings went past their offer review date, and more listings had price reductions.”

The only way that buyers may be “emerging on news of slightly improving supply” is if said buyers are delusional. Supply is not improving. It is still at the lowest level it has ever been for this time of year.

Now let’s dive into the numbers for September.

Still no good news for buyers. Listings are scarce, sales are strong, and prices dipped, but no more than they do every year in the second half of the year. 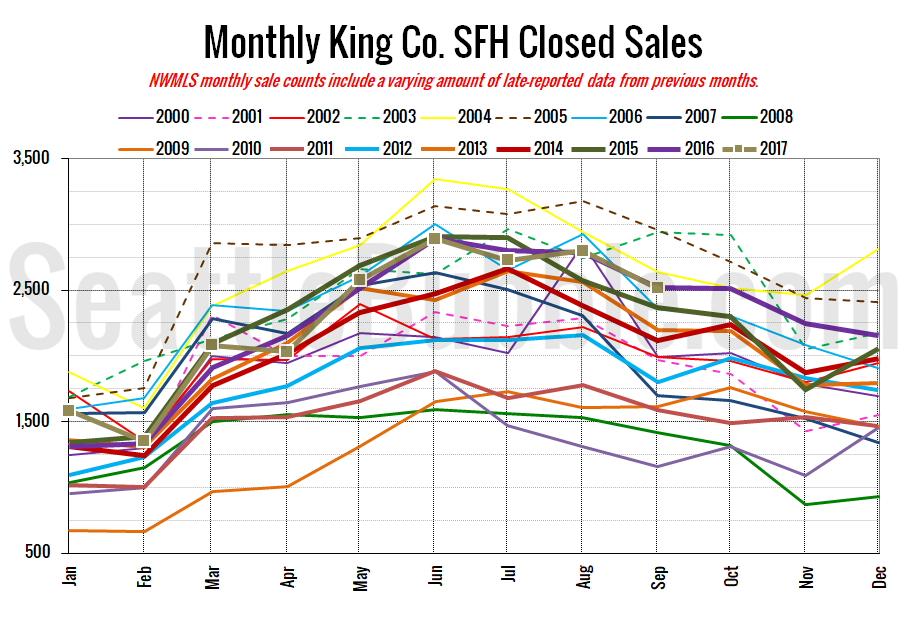 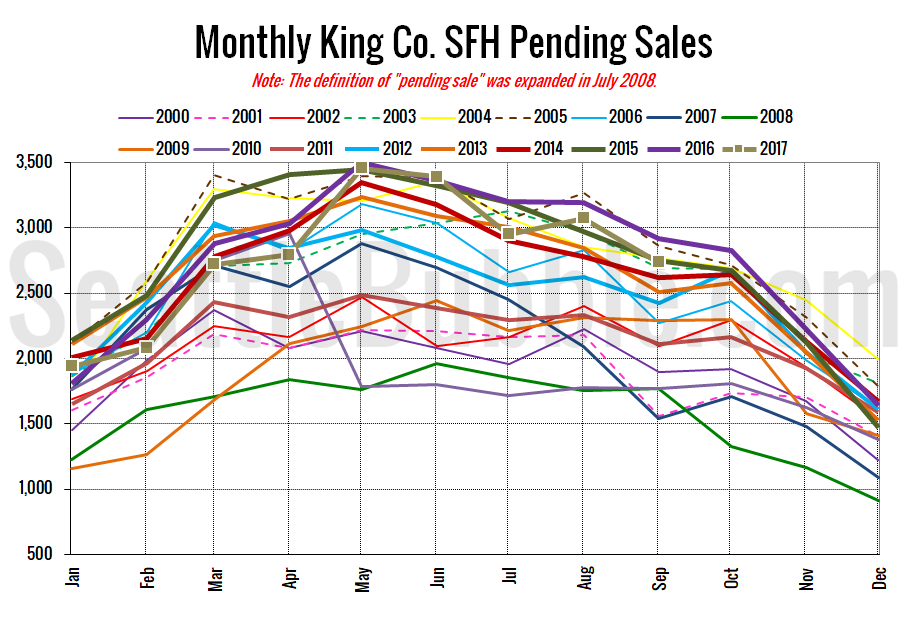 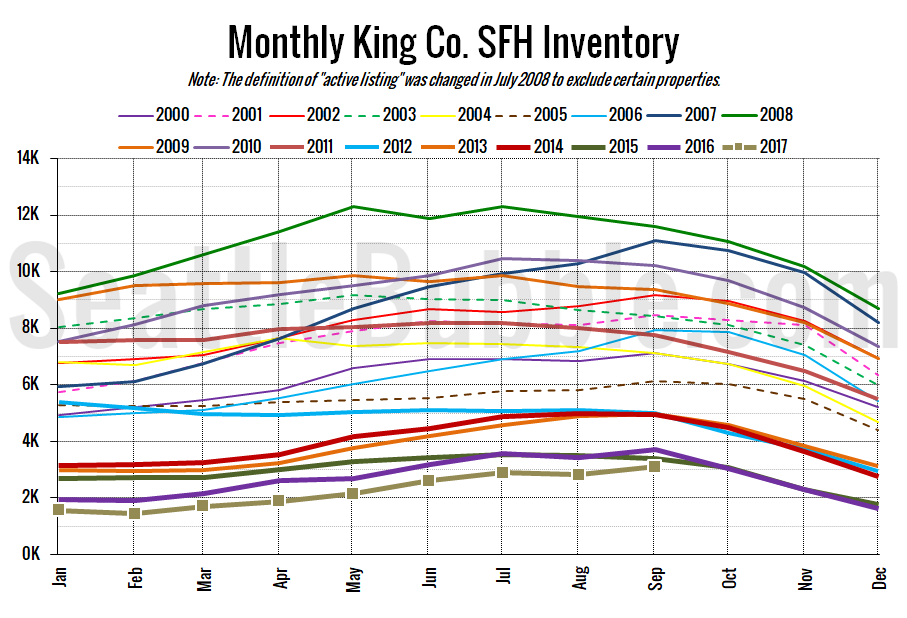 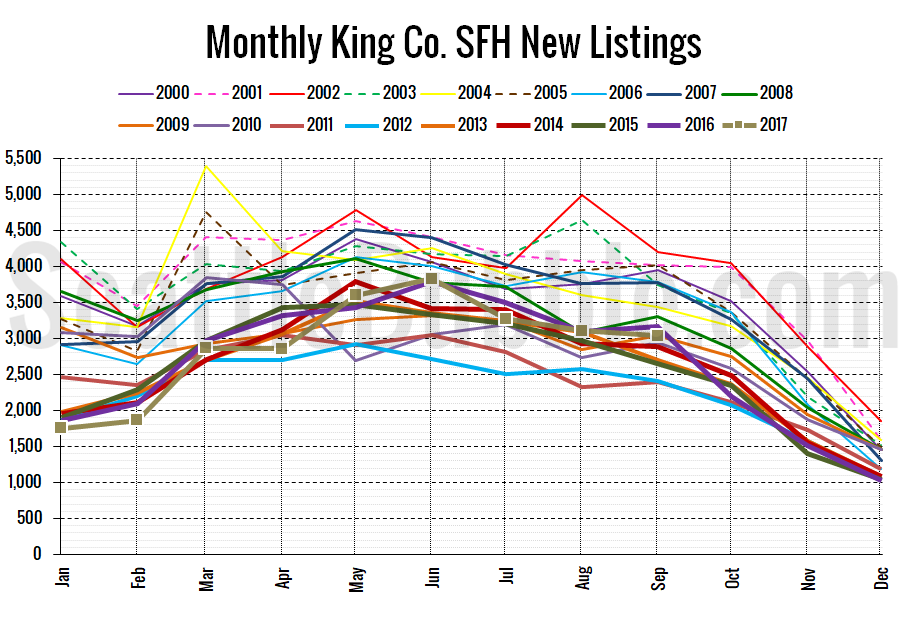 New listings were down two percent month-over-month, and down four percent from last year. 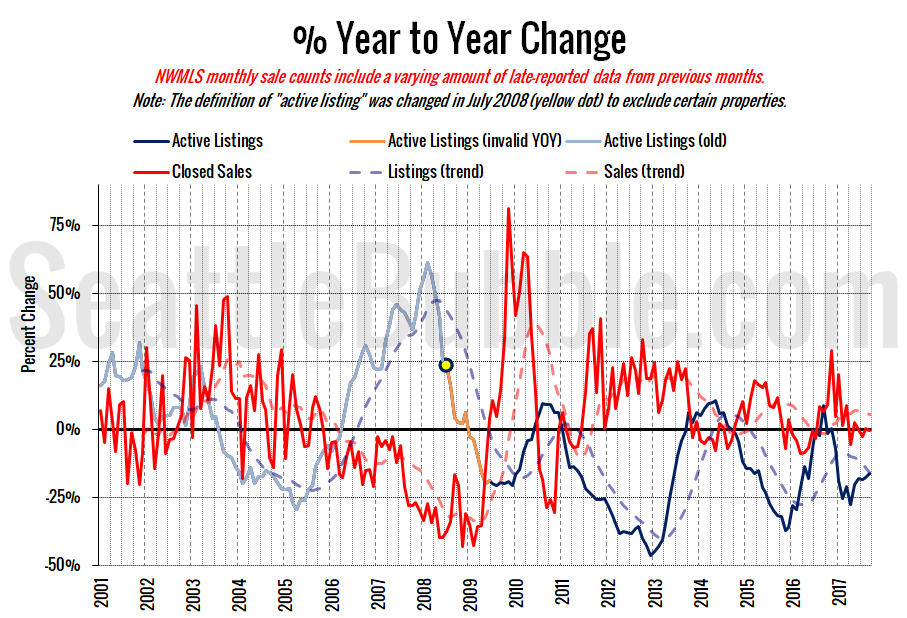 Nothing new here unfortunately. As it has been for a few years now, it’s a great time to be a seller and a terrible time to be a buyer. 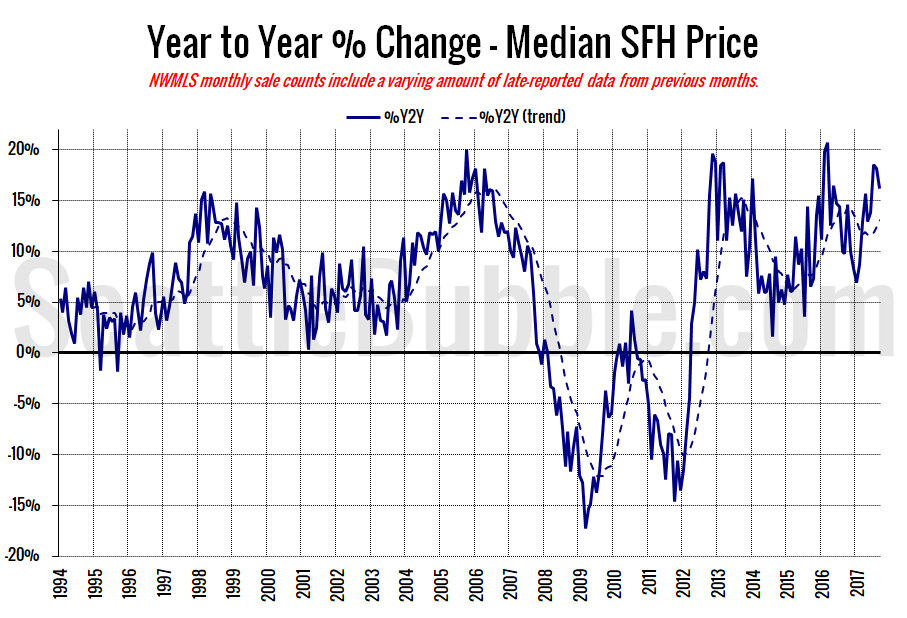 Year-over-year price changes fell a couple points between August and September but still sit at a very high level. 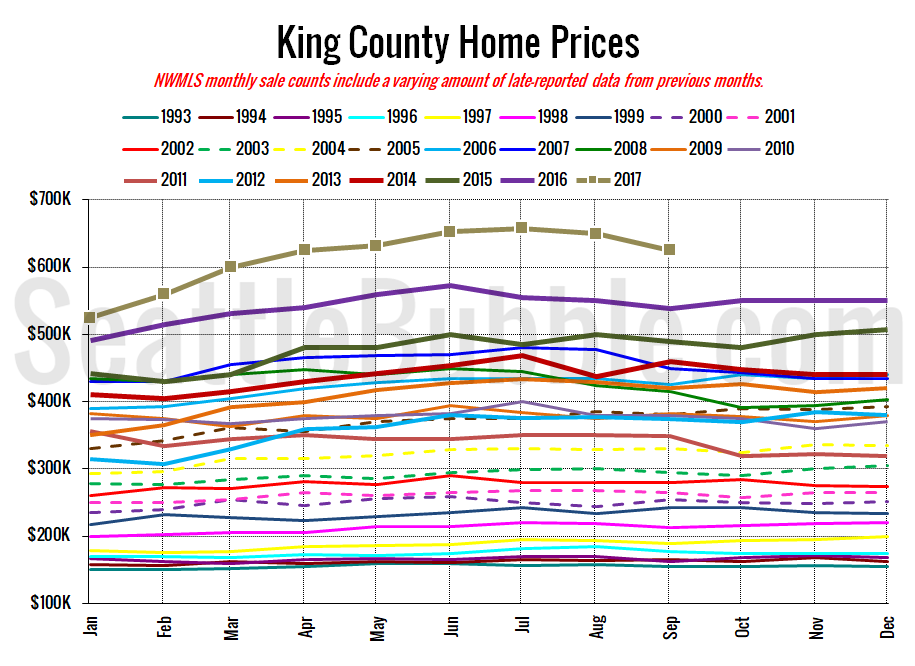 Down slightly from August, but still quite close to the all-time high.

Here are a few articles about this month’s numbers from local news outlets: