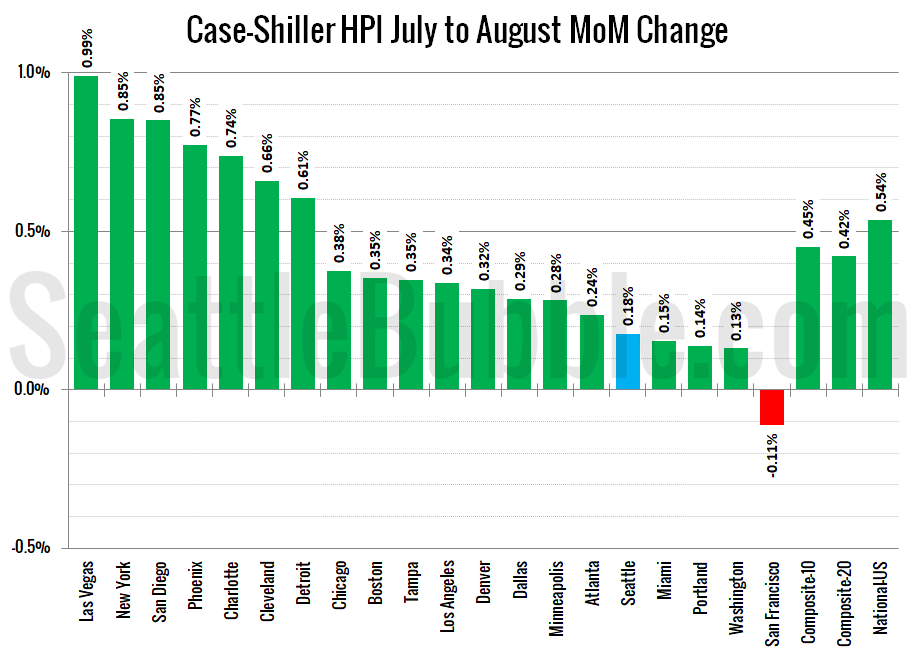 Let’s have a look at the latest data from the Case-Shiller Home Price Index. According to August data that was released this morning, Seattle-area home prices were:

Here’s an update of the chart I posted last month showing the year-over-year home price changes in all twenty Case-Shiller cities over the past year and a half: 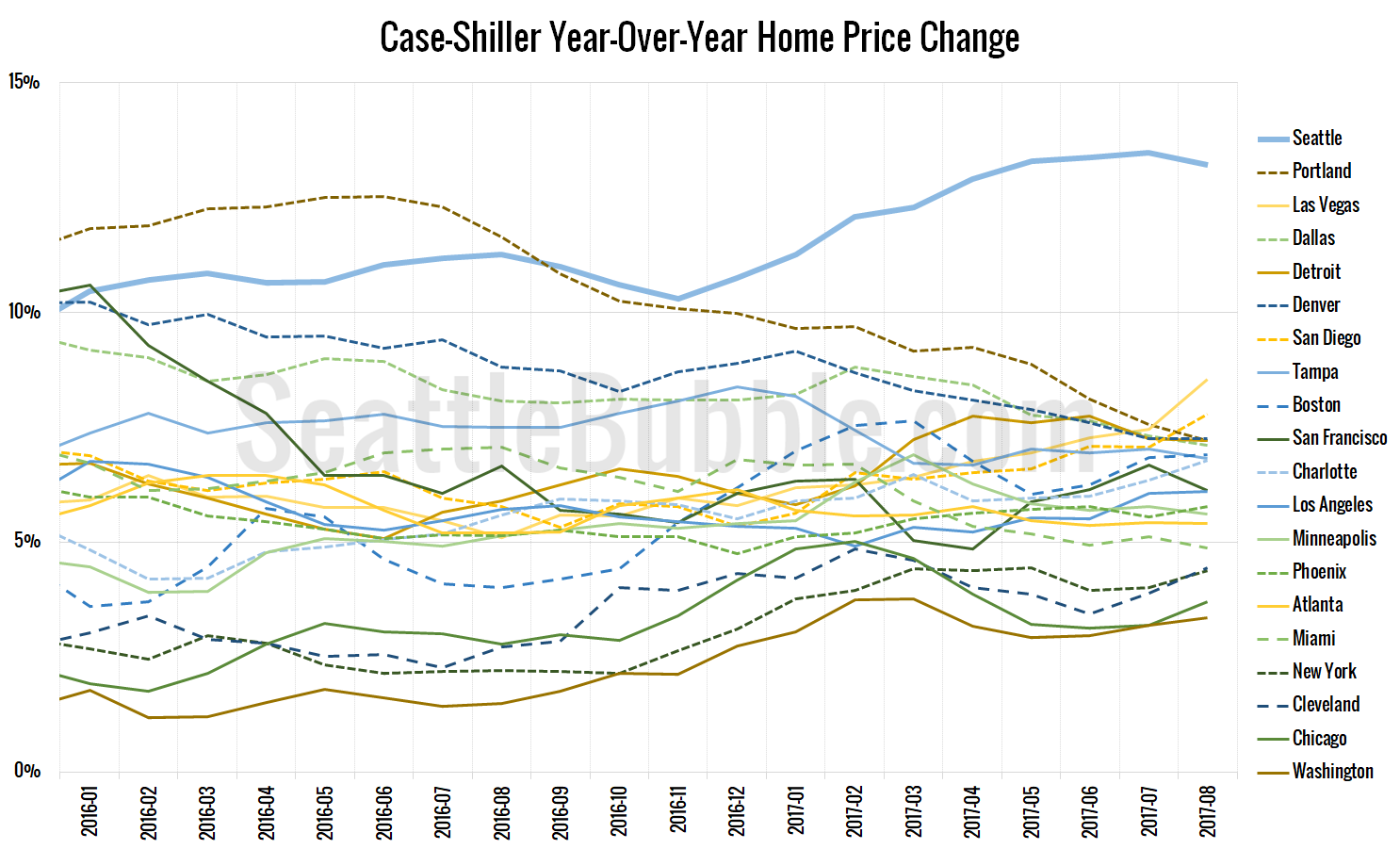 Seattle still has by far the largest year-over-year price growth, despite falling off just slightly in August.

Seattle’s rank for month-over-month changes dropped #9 in July to #16 in August. 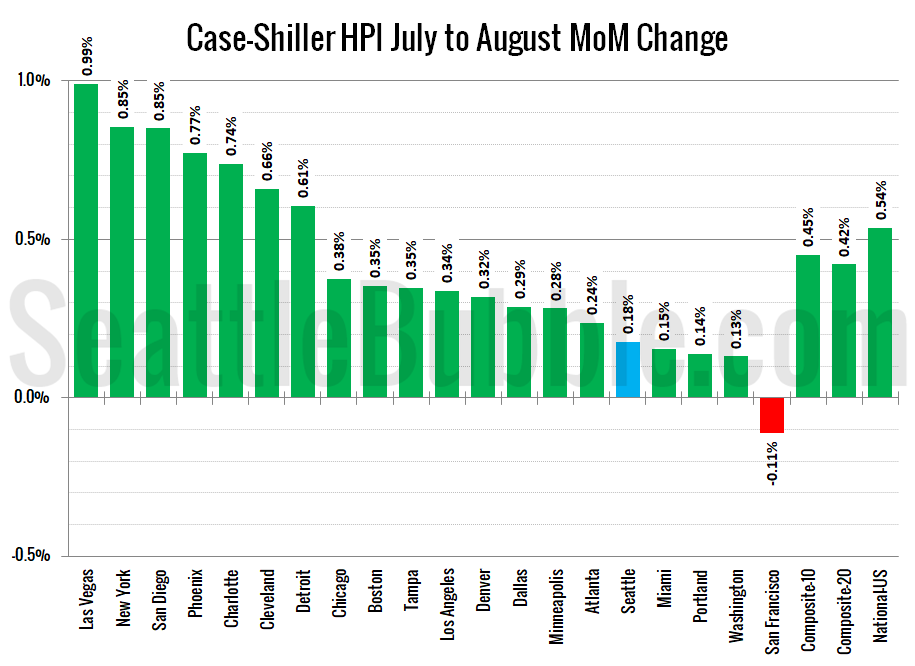 Seattle’s year-over-year price growth dropped off just a bit from its July post-peak high. Even so, yet again in August, none of the twenty Case-Shiller-tracked metro areas gained more year-over-year than Seattle. Not even close. 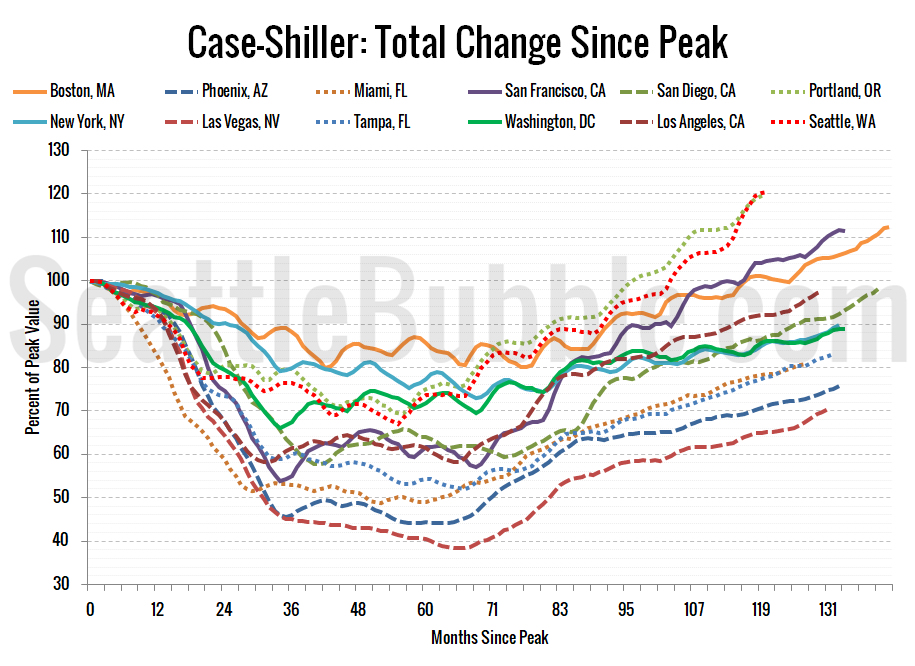 In the 121 months since the price peak in Seattle prices are up 20.4 percent. 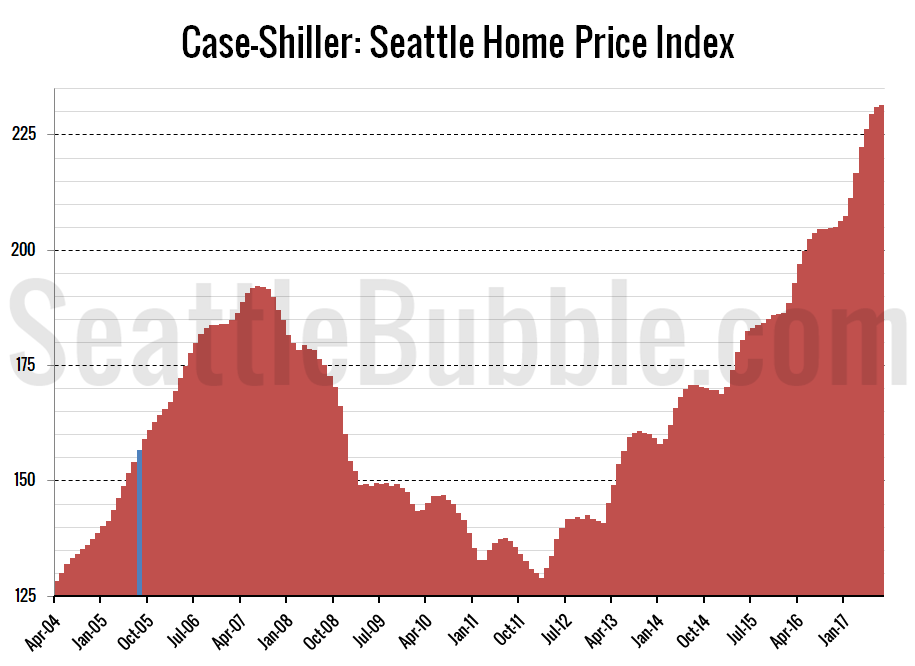