I’m still not really sure whether or not we’re in the midst of another housing bubble in the Seattle area, but here’s a strong sign that we might be: Local real estate cheerleader and permabull Matthew Gardner is loudly proclaiming that “No, it’s not a housing bubble.“

No, we’re not in a housing bubble. Now is a good time to ask your boss for a pay raise. And we need to forget about the recession — it was a long time ago.

Those are the conclusions of economist Matthew Gardner.

“I’m an economist, it’s my job to worry and find bad things, that’s why it’s a dismal science,” said Gardner, who works for Windermere Real Estate in Seattle. “I’m trying to find bad things and I’m having a problem with it.”

Try not to laugh out loud at that last bit. 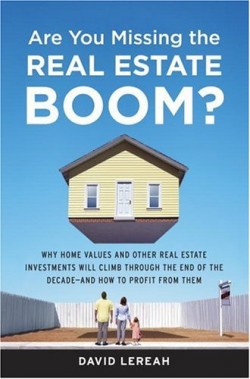 While Gardner used to at least maintain the illusion of impartiality, working as an independent economist with his own firm Gardner Economics, since 2015 he has been on staff at Windermere as their chief economist. And we all know how impartial economists are when they’re directly employed by real estate salespeople. Exhibit A: The book “Are You Missing the Real Estate Boom?: The Boom Will Not Bust and Why Property Values Will Continue to Climb Through the End of the Decade – And How to Profit From Them,” written by David Lereah in 2005 when he was Chief Economist for the National Association of Realtors.

In order to have proper context for Gardner’s current prediction, let’s take a look at his track record when it comes to predicting the Seattle-area housing market.

According to an over-the-top positive February 2007 Seattle Times article headlined “The year of the condo in downtown Seattle,” he told “an audience of about 700 that demand for new places to live downtown will remain ‘very positive.'” As we know, that didn’t turn out to be very accurate.

Here’s an excerpt from a May 2007 Seattle Times real estate Q&A:

Q: I expect to see an actual drop in the market sometime around the end of summer. Now taking into account that many of the advertisers in your section of the paper are builders and real estate agents, what is your opinion, why, and when do you expect the present trend to actually start dropping?

A: I believe that we are in a situation where we are seeing a more-rational market and one that is returning to the more-moderate pace that we saw earlier in the decade. This is not a bad thing. I do not think that we are going to see price declines, rather we will see slowing price increases with well-located, well-priced and well-marketed houses still selling well.

This was just two months before home prices in the Seattle area peaked, eventually falling over thirty percent.

In October 2007 Gardner was predicting “a leveling off — with increases of roughly 3 percent — for a couple of years.”

Even after prices started falling sharply, Gardner remained unrealistically optimistic, claiming in early 2009 that home price appreciation would return in 2010. Of course, prices did not bottom out until early 2012.

So perhaps you can understand why, when I read something like this from Matthew Gardner today, I’m more likely to believe exactly the opposite:

The dynamics that led to the last housing collapse aren’t in play, locally or nationally, he said. Borrowers are more sound. Home building is slow. And more first-time buyers are looking for a home.

“So we have limited supply, we have good demand, we have great credit and we’re not over-leveraged and the interest rates are staying low,” Gardner said. “Housing prospects across America look pretty good as far as I can see.”

“As far as I can see” is the important qualifier there. All that Matthew Gardner ever sees is a rosy outlook for real estate.