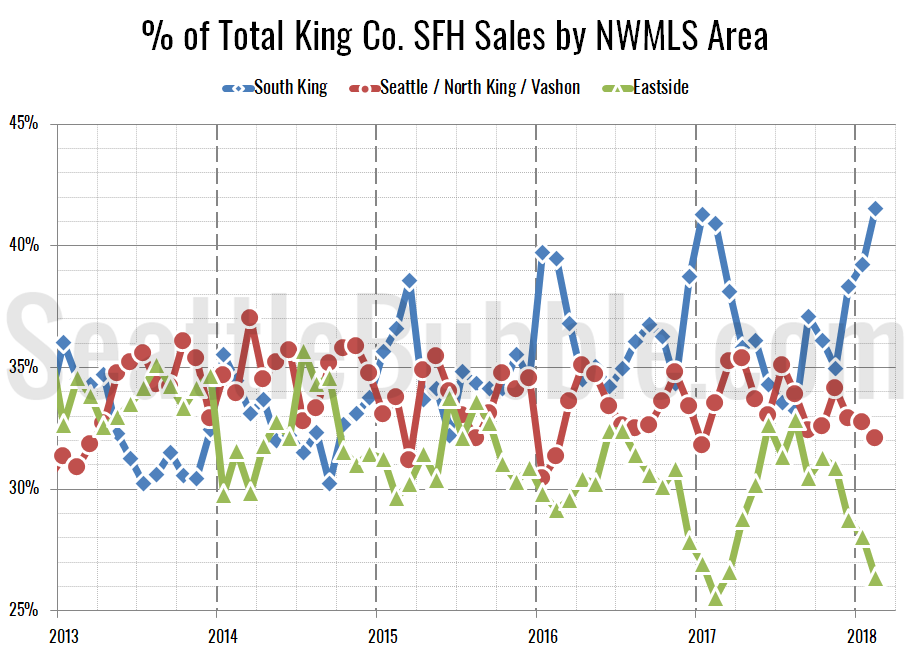 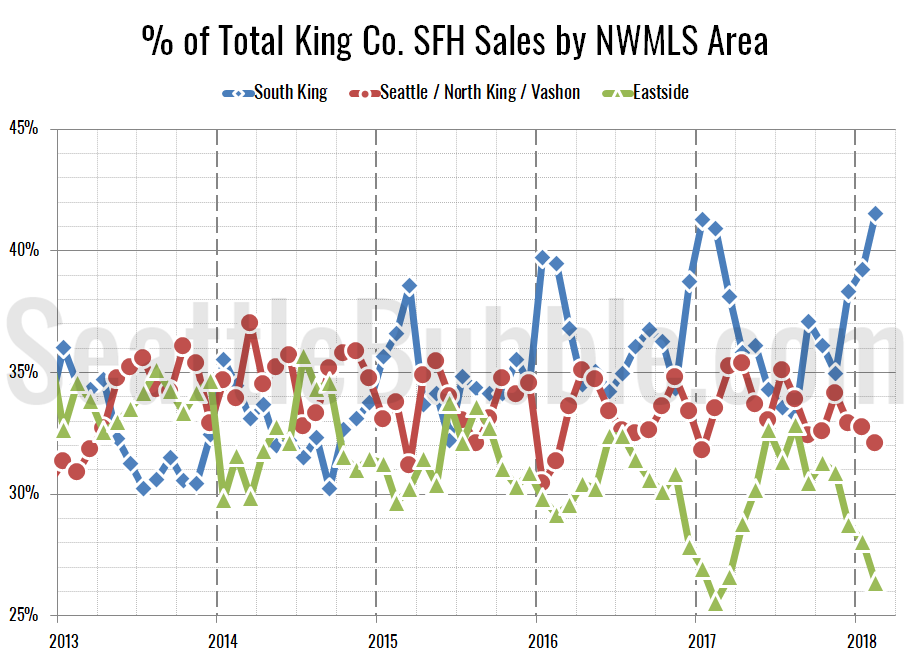 The most interesting thing in this data is that in February the share of sales in the South King regions hit an all-time high at 41.6 percent, just edging out the previous high of 41.4 percent set in November 2007 (just four months after prices peaked). Despite this continued shift in sales toward the lower-priced regions, the county-wide median price continues to push upward. 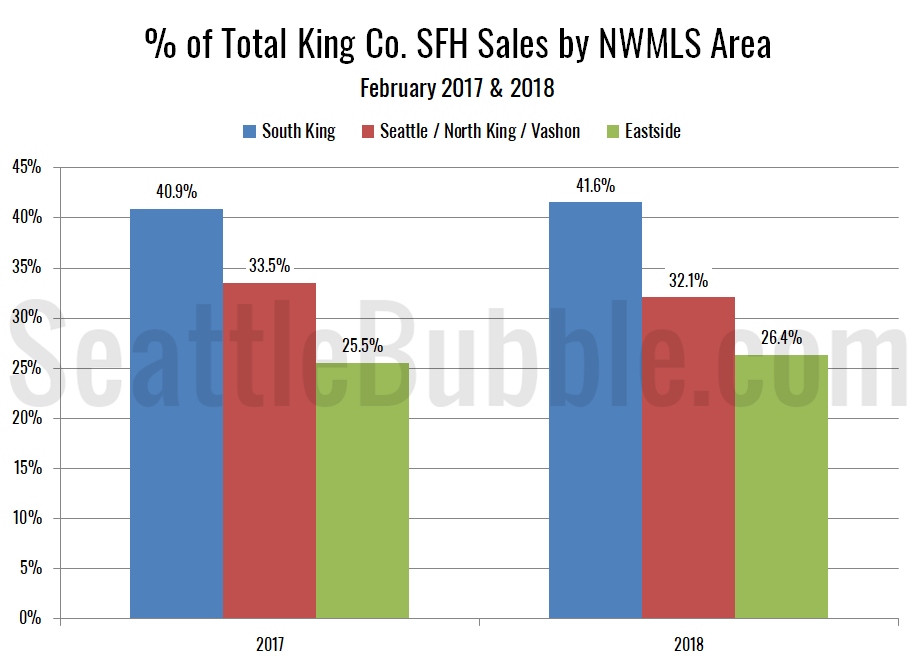 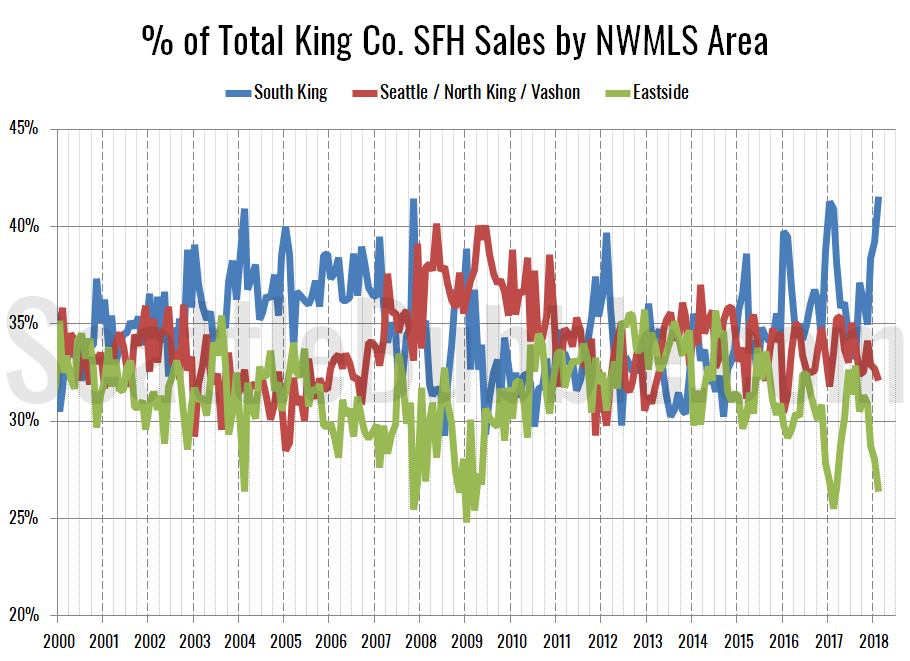 The thing that always stands out to me about this chart is how the bubble years of 2004-2006 stick out with a much larger percent of sales taking place in the low tier regions, and a steady decrease in the sales share for the high tier Eastside regions. The last year has been a lot more variable, but the same trend seems to be shaping up again. 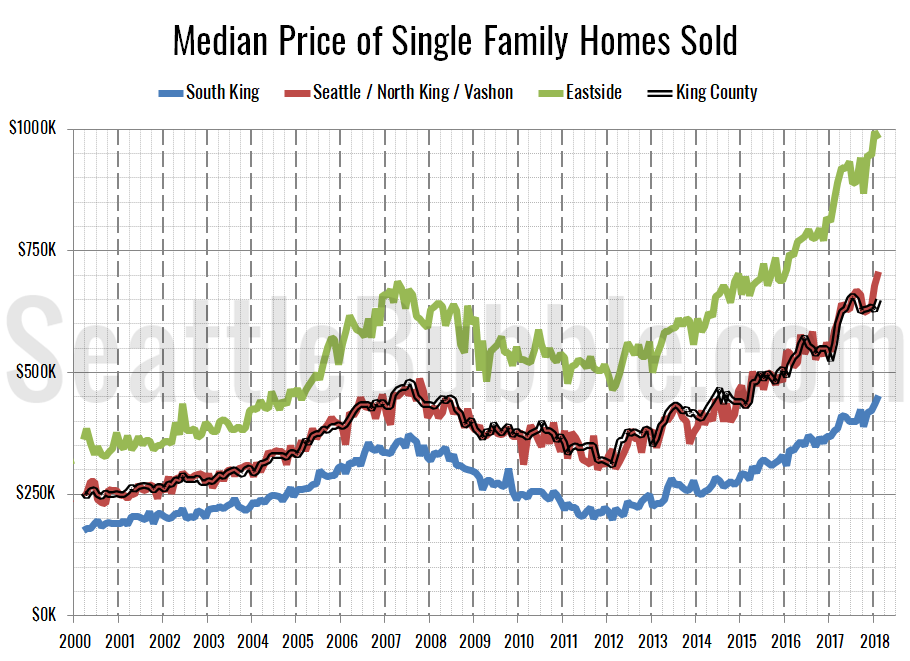 Twenty-seven of the twenty-nine NWMLS regions in King County with single-family home sales in February had a higher median price than a year ago, while nineteen had a month-over-month increase in the median price. The two areas that had a lower median prices than a year ago were Area 350—Renton–Highlands & Kennydale and Area 520—Bellevue–West of 405.