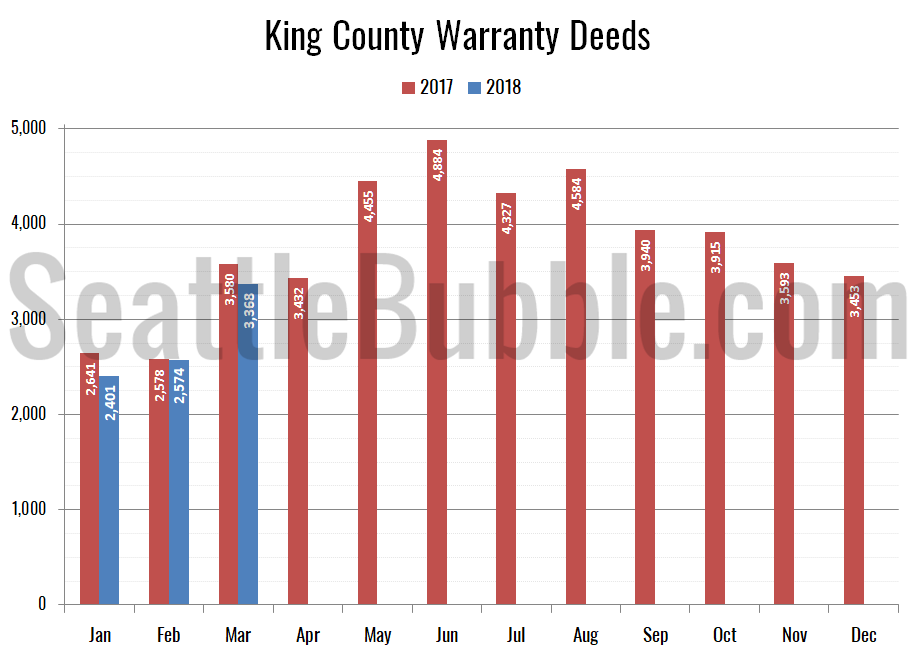 Now that March is done, let’s look at our regular monthly “preview” charts. Here’s the summary for March: Sales look to be a bit lower than last year, even as the spring bump has begun. Listings are still struggling to make gains. Foreclosures are still nearly non-existent. 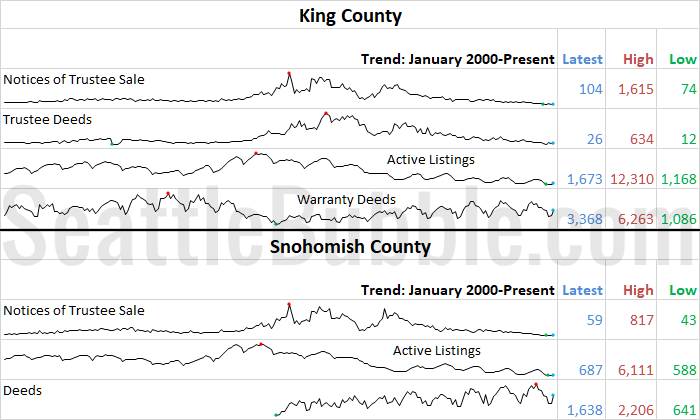 If sales start falling off, we could see some hope for buyers later in 2018, but right now it’s too early to make a call like that. 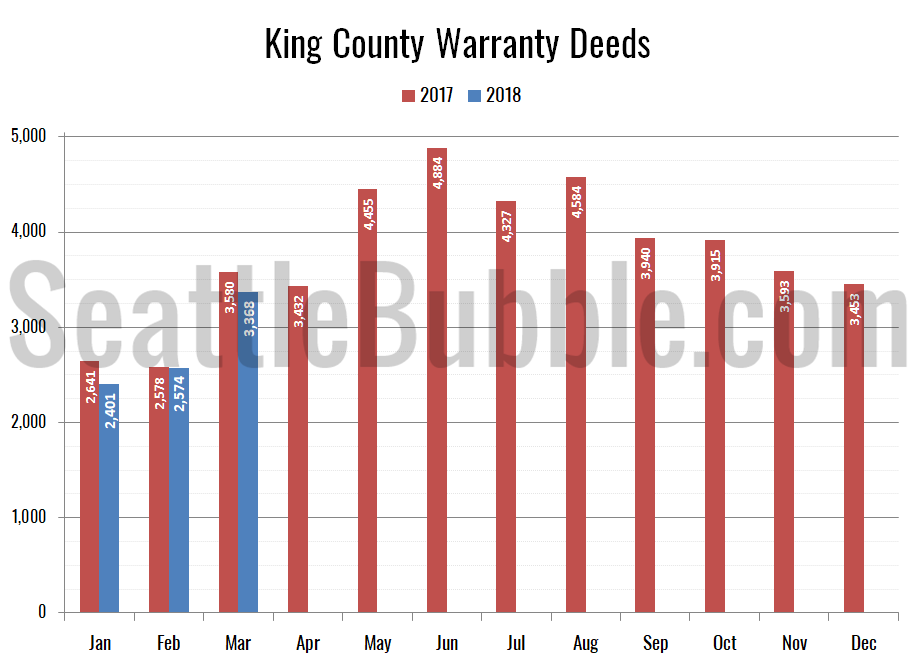 Sales in King County increased thirty-one percent between February and March (a year ago they rose thirty-nine percent over the same period), and were down six percent year-over-year. 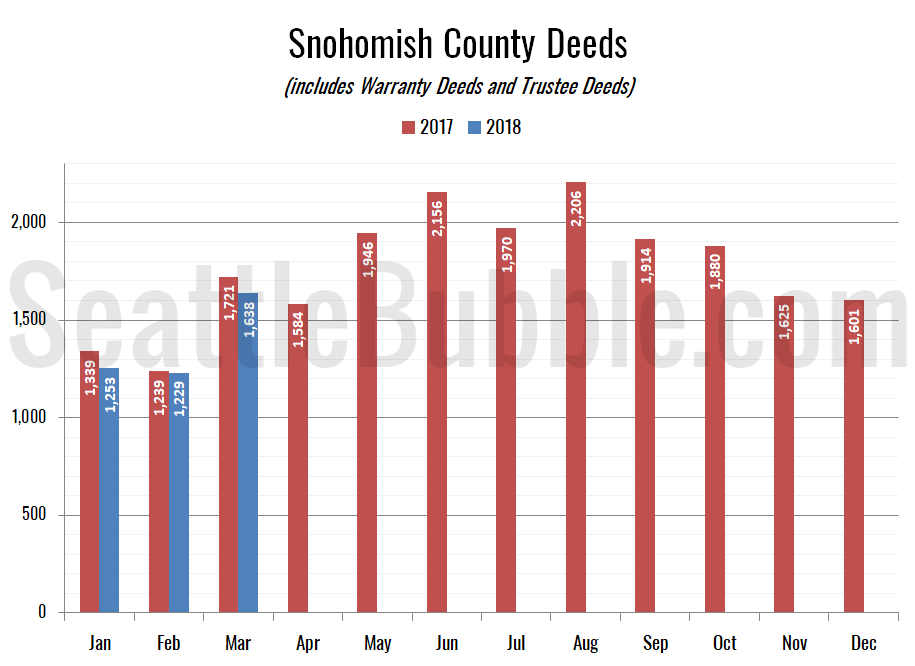 Deeds in Snohomish increased thirty-three percent month-over-month (vs. a thirty-nine percent increase in the same period last year) and were down five percent from a year earlier. 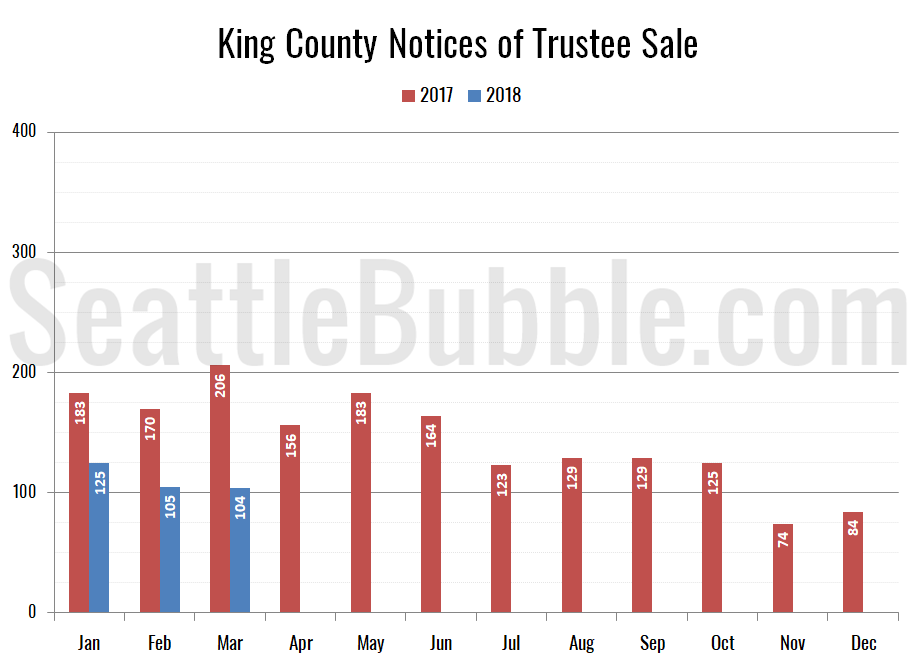 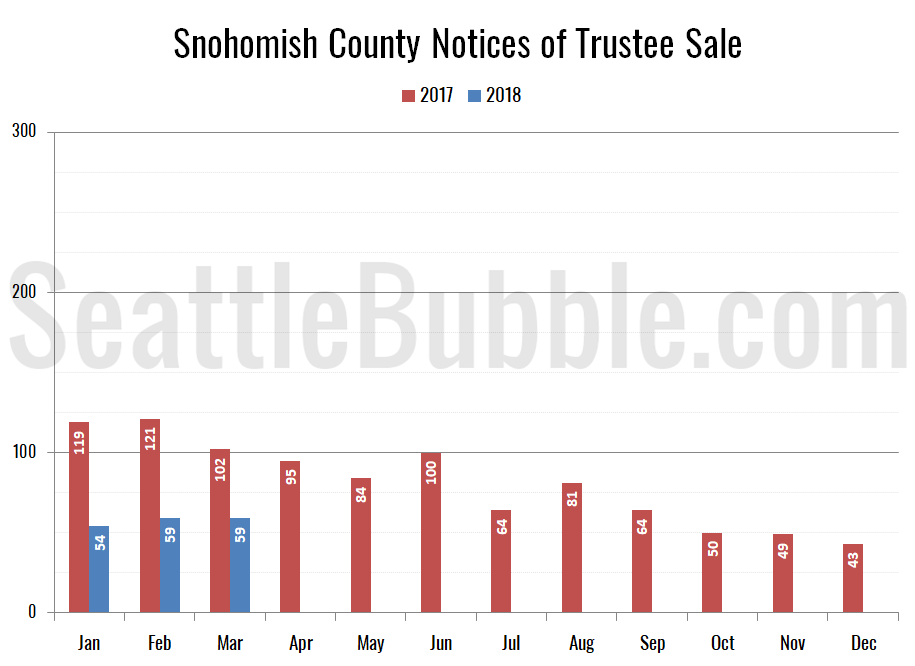 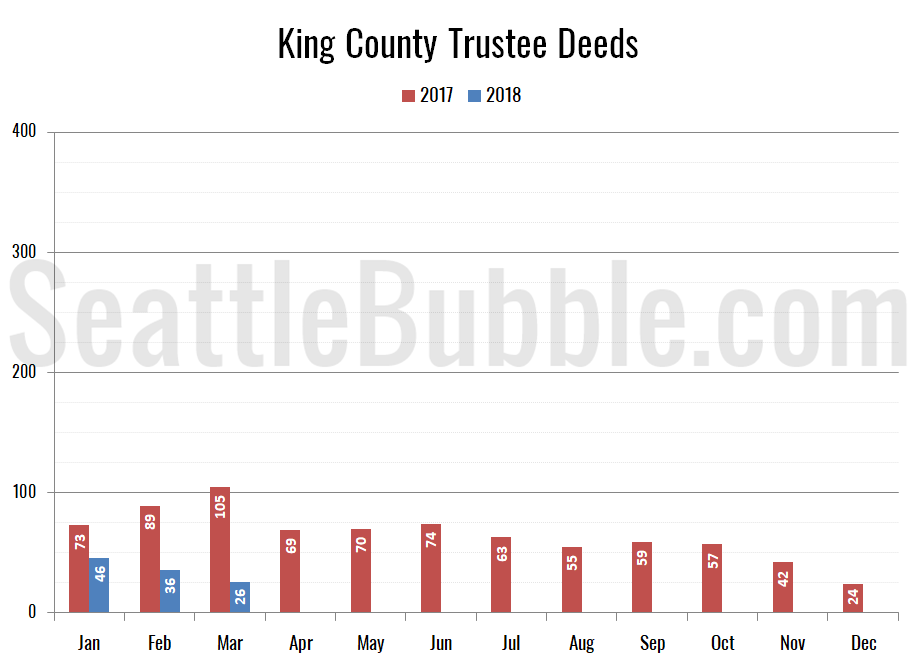 Trustee Deeds were down seventy-five percent from a year ago. The last time we saw levels like what we’ve seen in the last few months was fifteen years ago. 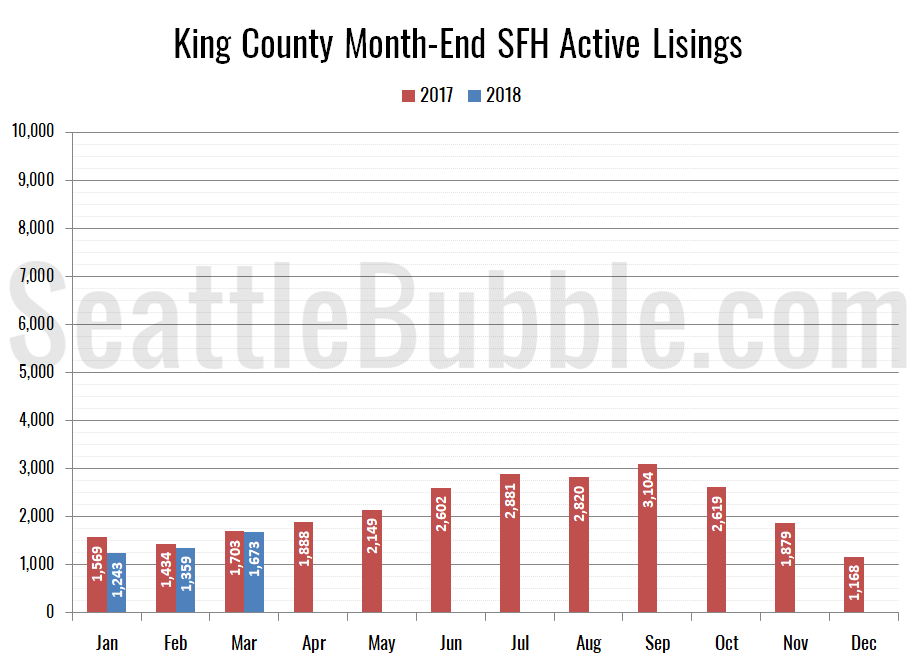 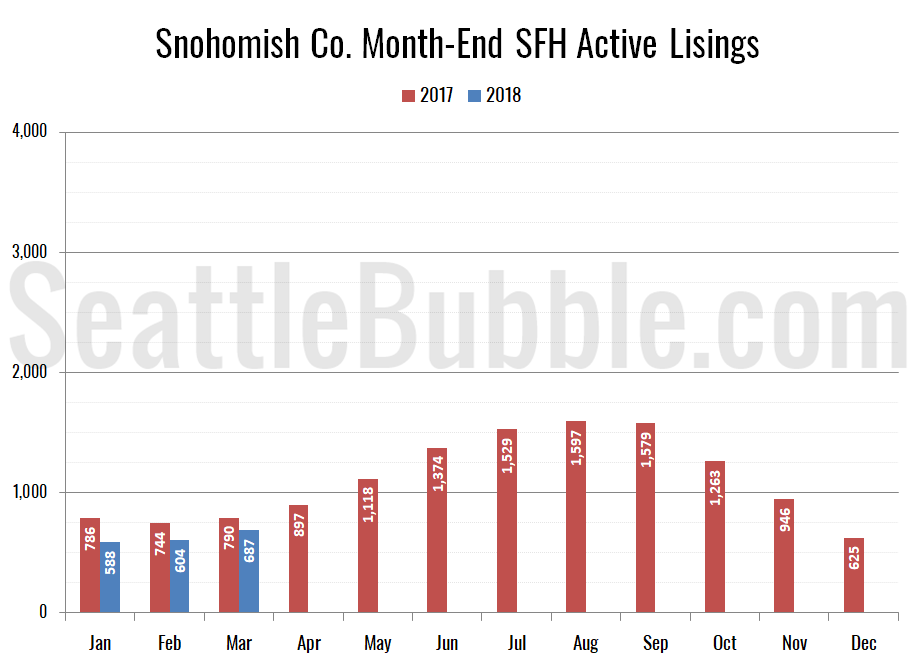 Inventory is increasing for spring, up twenty-three percent month-over-month, but is still down two percent year-over-year in King County.

In Snohomish County listings were up fourteen percent month-over-month and down thirteen percent year-over-year.