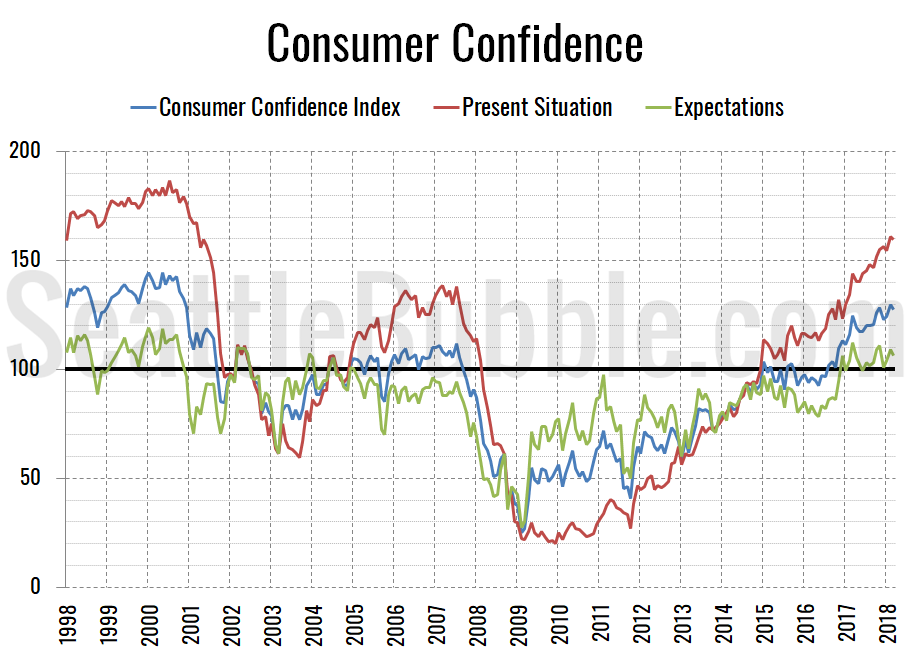 It’s been quite a while since we last checked in on Consumer Confidence and mortgage interest rates, so let’s take a look at an update to those charts. 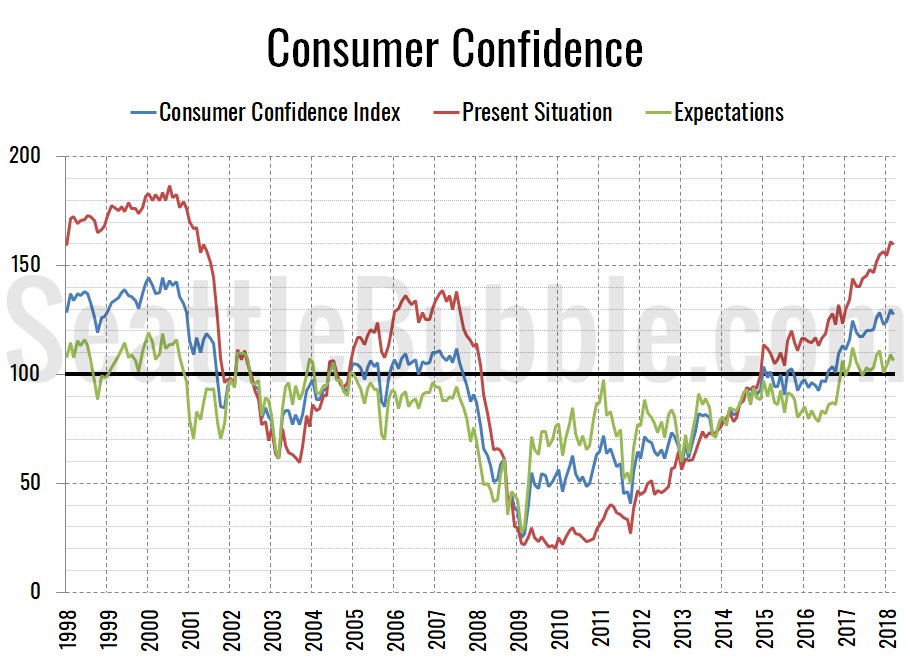 The overall Consumer Confidence Index currently sits at 127.7, down two percent in a month and up two percent from a year ago. The current levels are higher than any point since late 2000, just as the dot-com bubble was bursting.

The Expectations Index also declined slightly in March, down three percent from February, and is down from a year earlier by five percent. 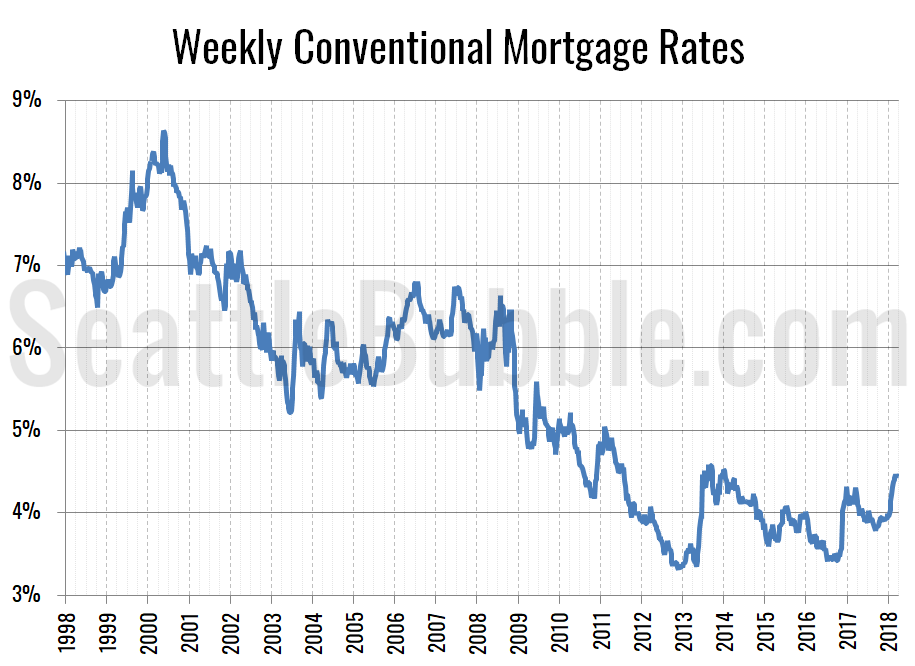 As of last week, the 30-year mortgage rate was at 4.44 percent, and has been climbing steadily since last September. Current interest rates are roughly on par with where they were in August 2011 and still two points below the 6.41 percent average rate during the height of the housing bubble through 2006.

With the Federal Reserve finally raising rates, it is likely that mortgage rates will follow suit later this year. We may finally be past the days of sub-four-percent rates.

Click below for the interactive Consumer Confidence chart in Tableau.